Of the 2,753 people killed at the World Trade Center on September 11th, more than 40 percent are officially unidentified. Officials still hope to confirm the human remains of 1,106 victims. 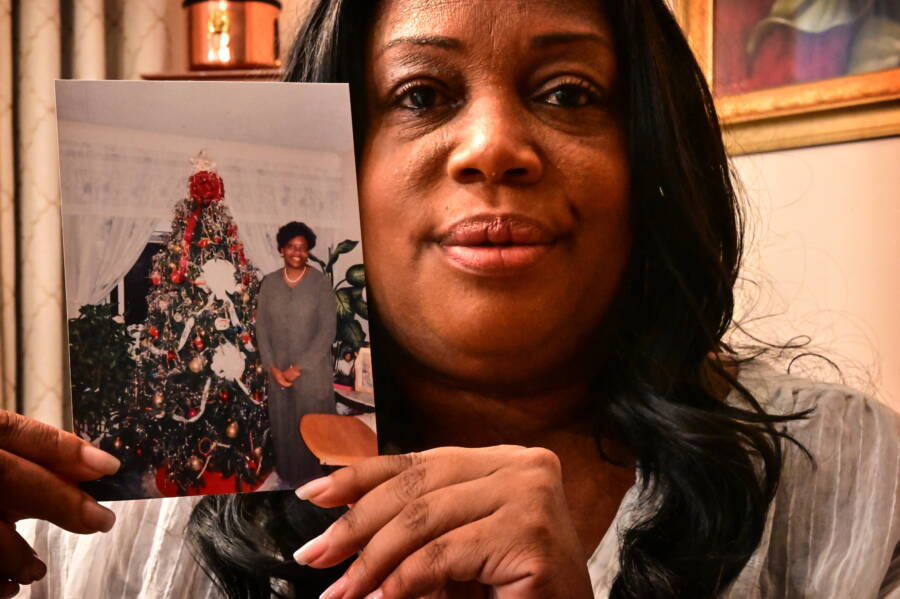 Thomas A. Ferrara/Newsday RM via Getty ImagesNykiah Morgan holds a photo of her mother, Dorothy Morgan, whose remains were identified in 2021.

On September 11, 2001, the world watched in horror as the Twin Towers in New York City collapsed. For families with loved ones trapped inside, it was as if they had disappeared. Lacking remains to bury and mourn, many have existed in a terrible sort of limbo. But more advanced DNA testing hopes to change that.

In fact, officials just identified two sets of 9/11 human remains — those of Dorothy Morgan, an insurance broker with the firm Marsh & McLennan, and a man whose family wishes to withhold his name. They were the 1,646th and 1,647th victims identified through DNA. Officials said that Morgan’s remains were recovered in 2001; the man’s in 2001, 2002, and 2006.

“Twenty years ago, we made a promise to the families of World Trade Center victims to do whatever it takes for as long as it takes to identify their loved ones,” said city Chief Medical Examiner Dr. Barbara A. Sampson.

“With these two new identifications, we continue to fulfill that sacred obligation.”

Work to identify 9/11 human remains started in 2001. But it’s been a long, arduous, and frustrating process. Remains excavated from Ground Zero had spent weeks in the rubble, making it difficult to extract DNA. Early identifications poured forth in the hundreds, but by 2005, they had slowed to a trickle. 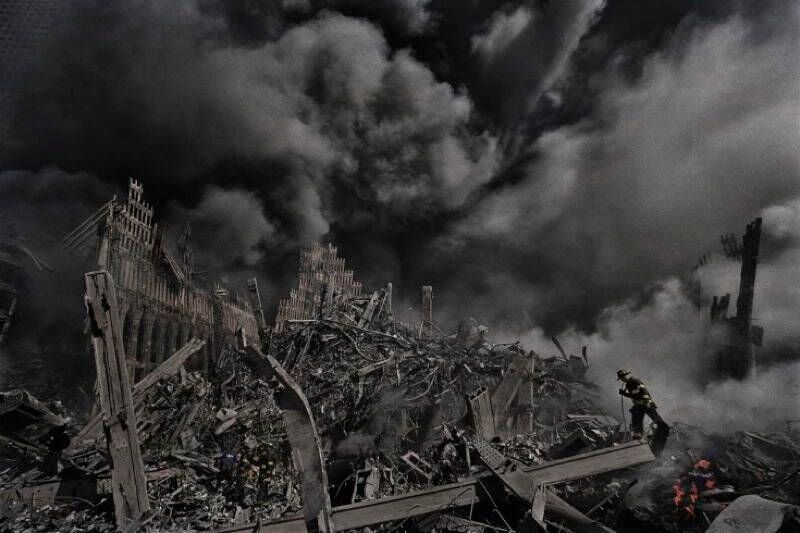 Getty ImagesA firefighters looks through the rubble of the Twin Towers shortly after the 9/11 attacks.

But since then, DNA technology has improved. In 2001, lab technicians attempting to extract DNA from bone fragments — some as small as a Tic Tac — used a mortar and pestle to break down the bones by hand. Today, they can use more advanced techniques that utilize technology like ultrasonic vibration and liquid nitrogen.

Still, it’s tough work. Although the scientists have better tools than ever, they have more than 22,000 samples in their storage repository and often end up identifying different remains from the same individual.

Mark Desire, the assistant director with the medical examiner’s office, acknowledged that they might never positively identify all the victims. To date, 40 percent of 9/11 victims remain unidentified.

“The DNA extraction is only half the battle,” Desire, who raced to the Twin Towers to help before the South Tower collapsed, said. But when the team does get a new, positive identification, it “breathes energy into the team.”

For families, the news is more complicated to bear.

“You suddenly have to decide what to do with a loved one who died 20 years ago,” said Nykiah Morgan, Dorothy’s daughter.

“It’s almost like reopening old wounds. Over time, you feel like you’re getting better and then this happens 20 years later and you’re dealing with it all over again.”

Dorothy Morgan was in her office on the 94th floor of the North Tower when the first plane crashed into it at 8:46 a.m. The plane hit floors 93 through 99, but Nykiah long told herself that her mother might have survived.

“Maybe (she) had amnesia, and was released from the hospital,” said Nykiah, who went to Manhattan the day after the attacks to look for her mother. “I had a whole story in my head and she was out there living life, happy.”

For years, she didn’t even acknowledge the date of September 11th. “It was September 10, September 12,” she explained. “September 11 did not exist for me for many years.”

But this September 11th is different. In August 2021, two detectives came to her home in Long Island with news about her mother. After twenty years, they’d identified her with DNA. Since then, Nykiah has been on an “emotional roller coaster.”

“I didn’t know they were still attempting that after all these years, that it was something that was ongoing,” Nykiah said. “At this point, what is it that you’re sifting through?”

She plans to go to Ground Zero on September 11, 2021 — the 20th anniversary of the attacks — for the first time. There, she’ll gather with other victims’ families and read her mother’s name.

Nykiah has something she didn’t before — indisputable proof that her mother died. But many are still waiting for the same kind of closure.

The medical examiner’s office hopes to provide it. And they hope that advanced DNA technology will light the way toward further identification of 9/11 human remains.

“It’s a much more sensitive technology, so we’re very hopeful it will help us find more new identifications,” said Sampson. “We committed back then to do whatever it takes, as long as it takes and that’s what we’ll continue to do so.”

After reading about the ongoing mission to identify 9/11 human remains, look through these heartbreaking 9/11 artifacts. Or, learn the tragic true story of the “Falling Man” photo taken on September 11, 2001.