"If the Amazon rainforest disappears, people will die everywhere, it's that simple. It is crucial to stop extracting the oil, the gold, the uranium." 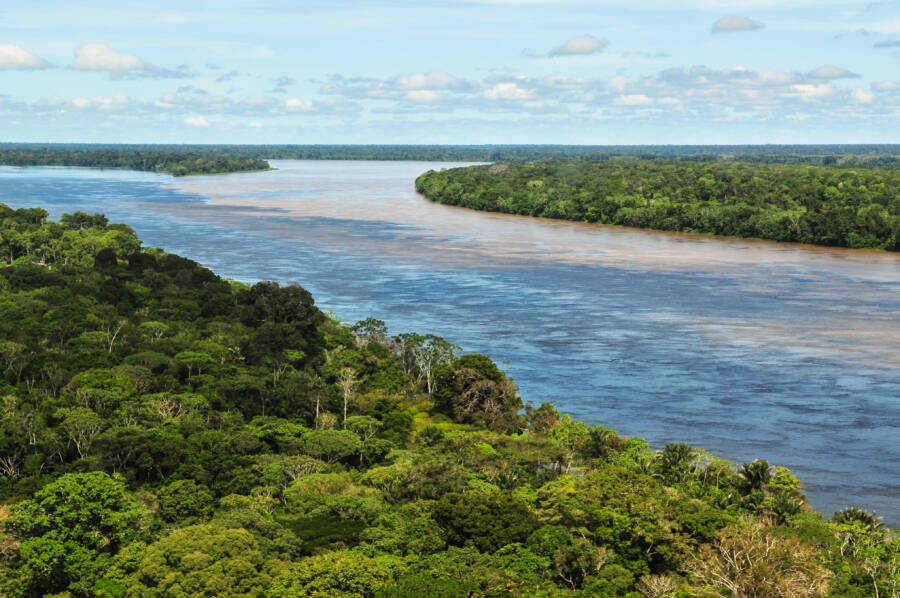 CIFOR/FlickrFor the last 20 years, over 6,000 square miles of Amazonian rainforest have been eradicated — per day.

The Amazon is as lush as it is expansive. It covers over two million square miles of South America and is home to 390 billion trees. For the last two decades, however, lucrative deforestation destroyed over 6,000 square miles of it per day. This Sunday, the world’s foremost conservation body will hold a vote to potentially stop that.

Submitted under an emergency provision, the Coordinator of Indigenous Organizations of the Amazon Basin (COICA) has called upon the International Union for the Conservation of Nature (IUCN) to grant 80 percent of the Amazon international protection status. According to Science Alert, the “global action plan” is concise.

Representing over two million Indigenous across the nine Amazonian nations, COICA demands the rampant deforestation and exportation of oils and minerals end immediately. Fortunately, Indigenous groups and nonprofit bodies are now official voting members of the IUCN — for the first time in its 70-year history.

“We have been neglected, and now we have a voice and will exercise that voting right,” said Jose Gregoria Diaz Mirabal, a leader of the Curripaco peoples of Venezuela. 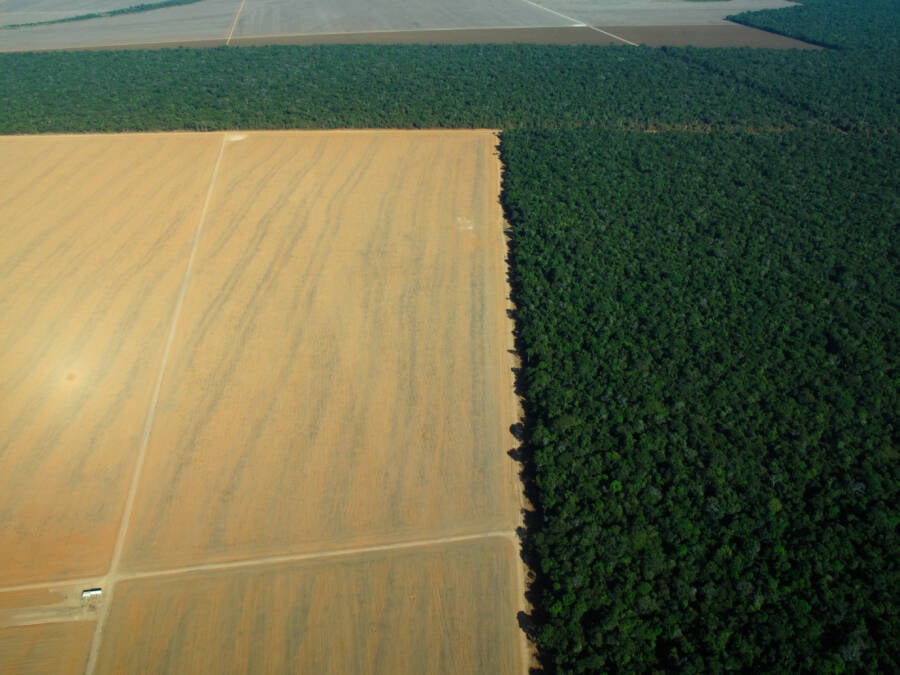 The continuous deforestation of the Amazon has tragically already revealed its consequences. The region essentially serves as Earth’s lungs by converting massive amounts of carbon dioxide back into oxygen. Recent research has shown that eradicating these tropical forests is leading humanity to a dire tipping point.

The destruction of these regions is only bolstering manmade climate change and ramping up precarious timelines each and every year. Experts have warned that if action isn’t taken, and taken soon, that even the Amazon rainforest will eventually transform into a dehydrated savannah — and produce no oxygen at all.

While skeptics and faraway pundits have long waved these warnings away, that change in landscapes will not merely affect South American locals. It will instead have massive ramifications on global climate systems and impact humanity as a whole. For Diaz Mirabal, he and his cohorts have rung the alarm for years now.

“That’s the emergency, not just for us but for humanity,” he said. 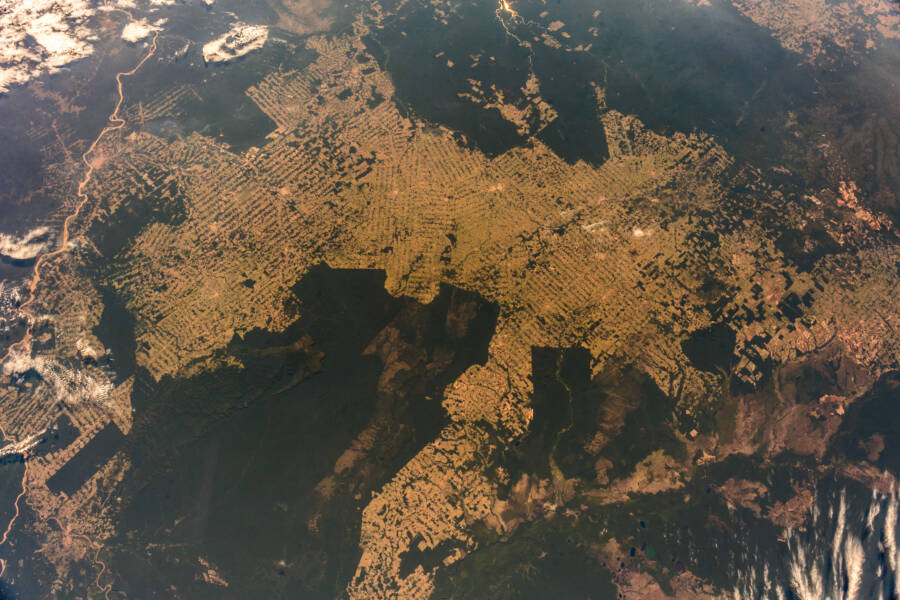 Wikimedia CommonsA satellite view of Brazil’s rainforest — with every non-green area a result of rampant deforestation.

“We, the indigenous peoples of the Amazon basin, through our ancestral knowledge and traditions, have protected the Amazon for millennia,” the COICA proposal stated.

“Today, we unite in calling for a global agreement for the permanent protection of 80 percent of the Amazon by 2025 as an urgent measure to avert an imminent tipping point and the planetary crisis, and to reach a transformative change. It is time for the international community to join us in our effort to protect the planet.”

The COICA statement is a rightful reminder that the Amazon isn’t just a pivotal carbon sink, but home to actual people and a bio- and wildlife diversity most people have never seen. According to IFL Science, the forest is home to 511 Indigenous nations, 66 groups living in isolation, and three million species of animal.

The unprecedented inclusion of Indigenous groups in IUCN’s voting body was originally intended to occur in 2020. The Marseille Congress holding these assemblies was forced to delay, however, because of the COVID-19 pandemic. As it stands, the IUCN’s review of this emergency proposal will end on Sunday. 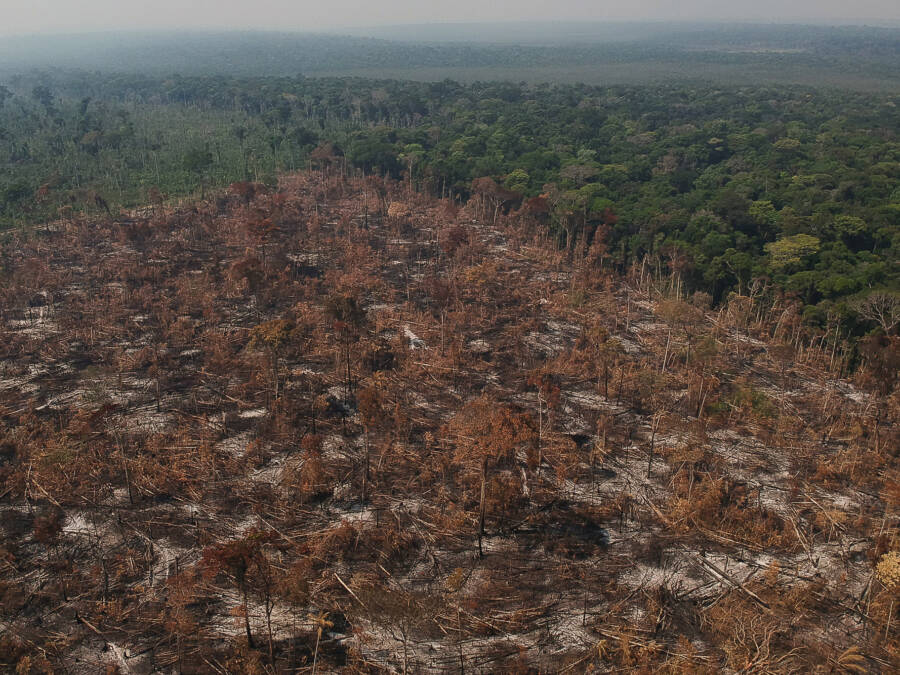 It is at that point, after the organization has deemed the request “new” and “urgent,” that the IUCN and its 1,400 members will be allowed to vote on the matter or not. As IUCN senior administrator Enrique Lahmann explained, both aforementioned criteria are required in order to move forward.

Ultimately, protecting the Amazon rainforest from the destruction of life and pillaging of resources would appear to be a universally agreed-upon cause. On the other hand, political sway from corporations and governmental connections could see the measure cast aside. For Diaz Mirabal, that could mean our end.

“We are asking governments to help us protect our territory, which is also the territory of humanity,” he said. “Because if the Amazon rainforest disappears, people will die everywhere, it’s that simple. It is crucial to stop extracting the oil, the gold, the uranium.”

“This is wealth for Europe, the United States, Russia, and China, but is poverty for us.”

After reading about the Indigenous proposal to declare 80 percent of the Amazon protected land, learn about the 2,800 Indigenous children who died anonymously in Canadian institutions. Then, read 31 interesting facts about Brazil from the forests to the favelas.