One of the world's largest carbon sinks and biodiversity storehouses, the deforestation of the Amazon should be something that worries us all. 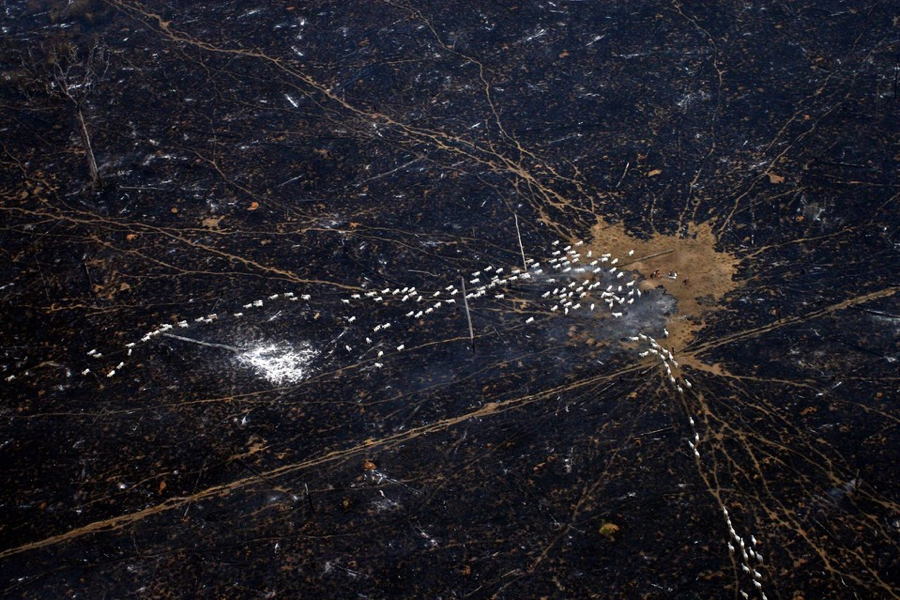 An area of the Amazon rainforest deforested for cattle ranching in northern Mato Grosso, Brazil.

The Amazon rainforest is superlative in just about every way. It’s twice the size of India, houses at least 10 percent of the world’s known biodiversity, and typically absorbs 1.5 billion metric tons of carbon dioxide each year. Its size and titles do not guarantee its permanence, however. The deforestation industry, illegal land grabbers, and investment-seeking governments are wiping the Amazon out. Market forces of globalization only hasten its death.

Within the next 10 minutes, about 200 football fields worth of trees, plants, and wildlife in the Amazon will be destroyed. We have lost more than 20% of the Amazon to deforestation in the past 40 years alone, and scientists predict that we will lose another 20% within the span of the next two decades. More than one million hectares of wood have been taken from protected reserves in the last 25 years. 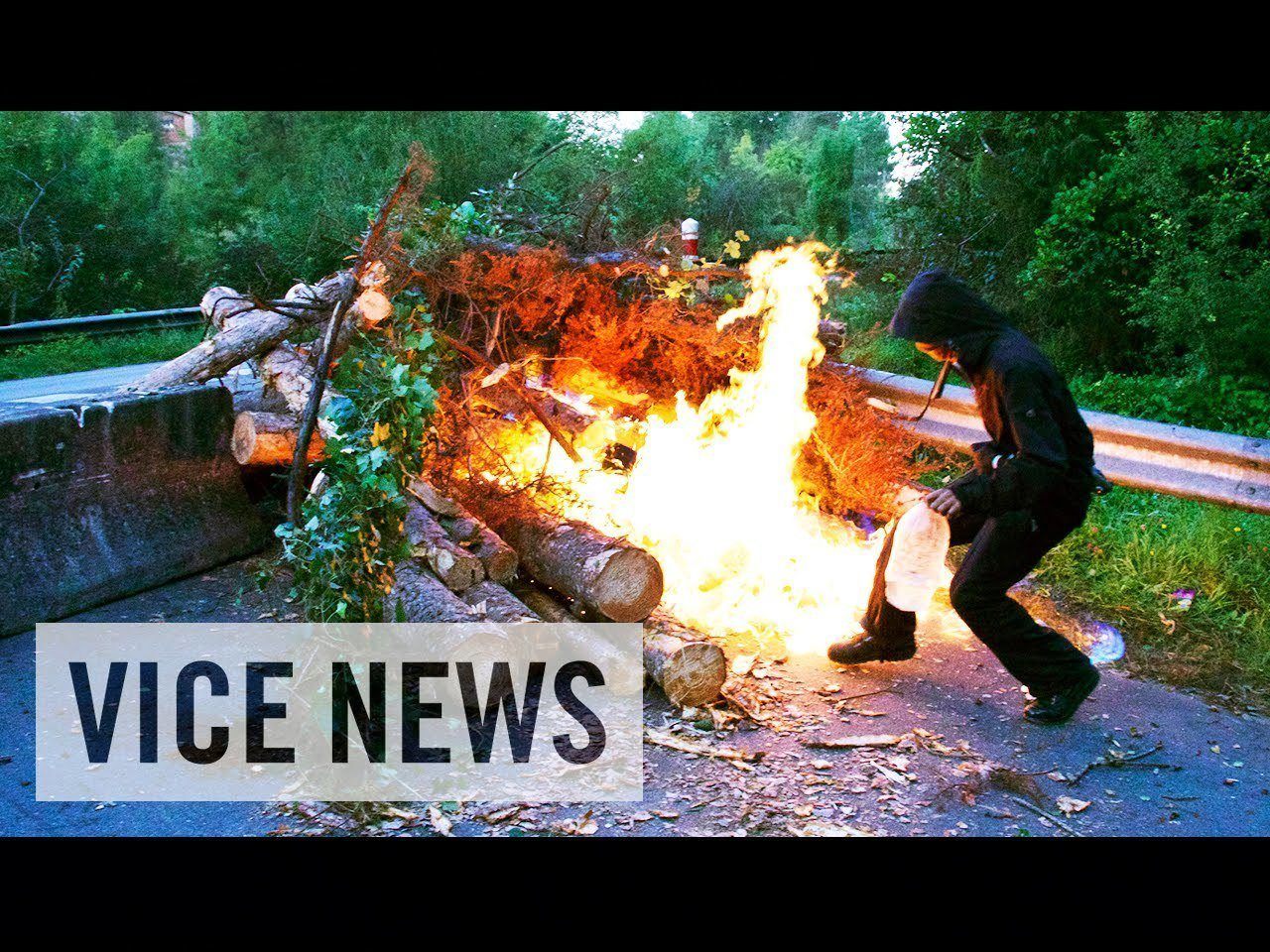 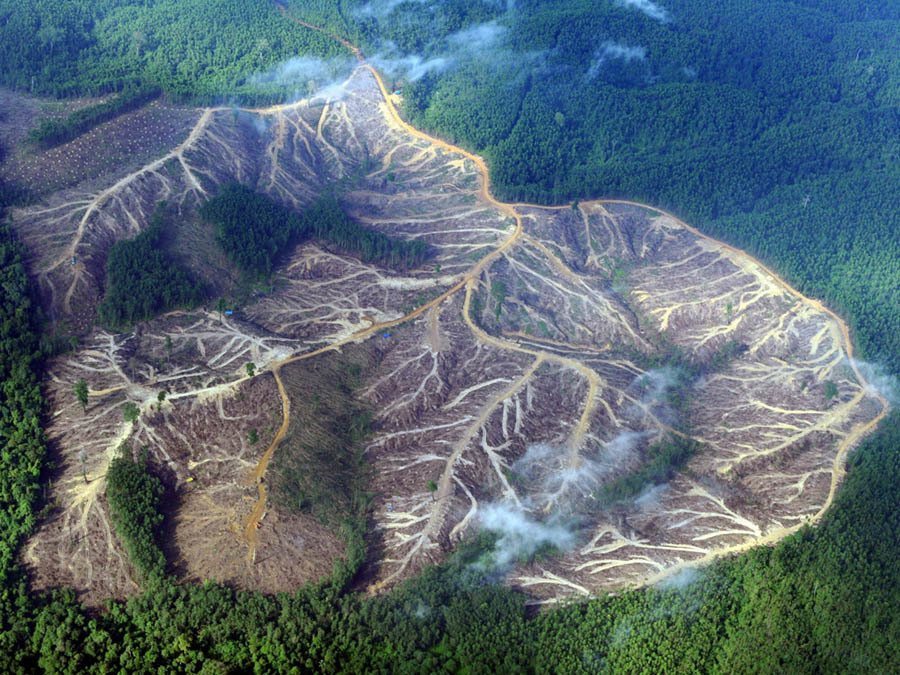 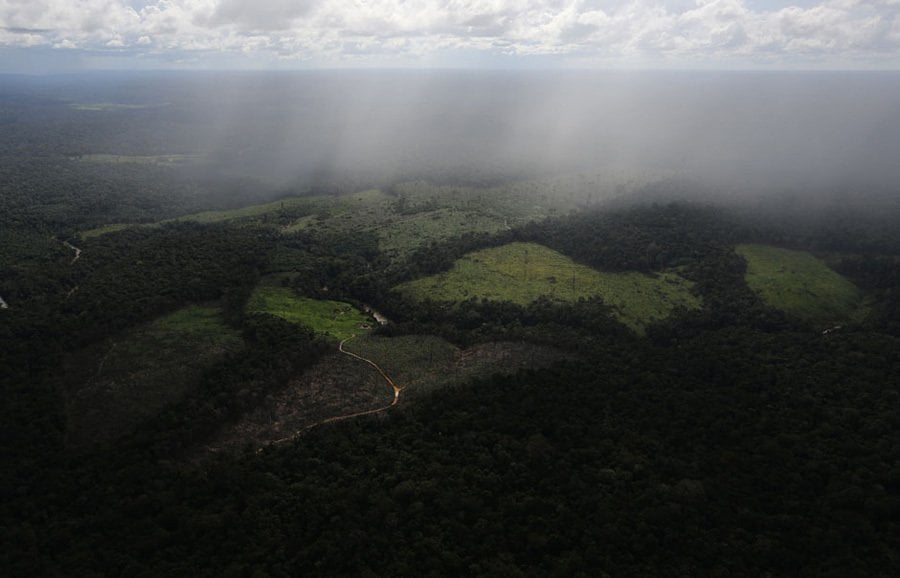 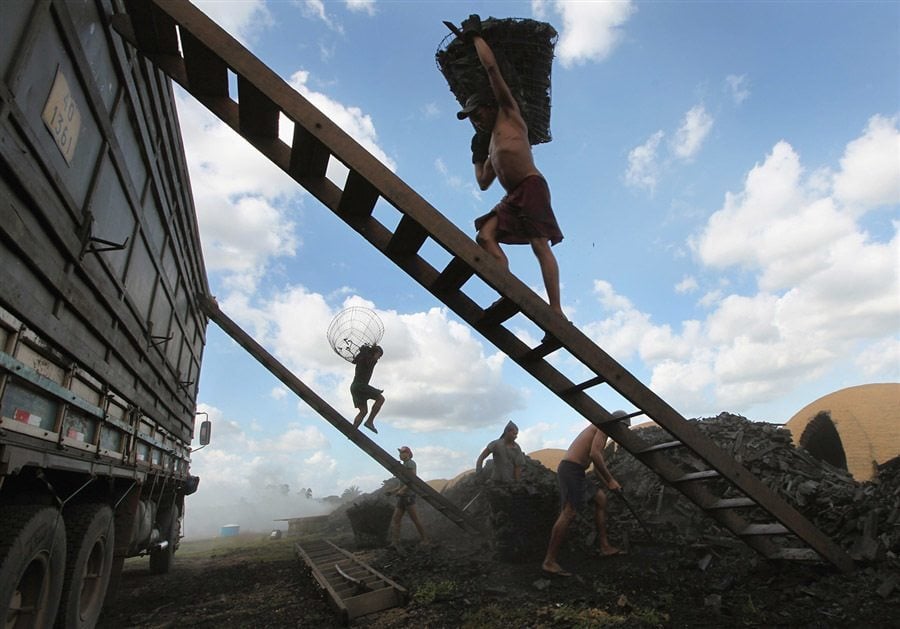 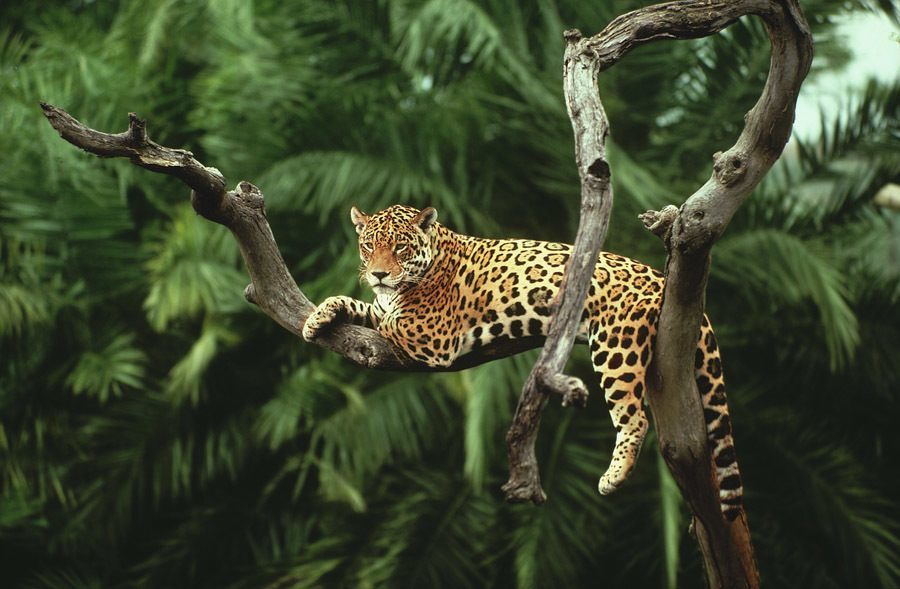 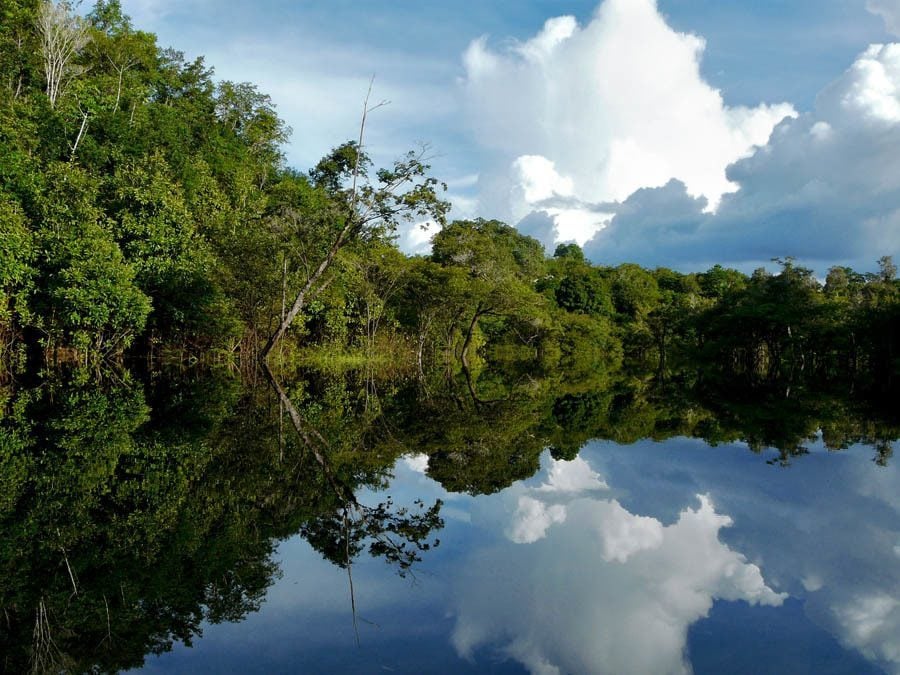 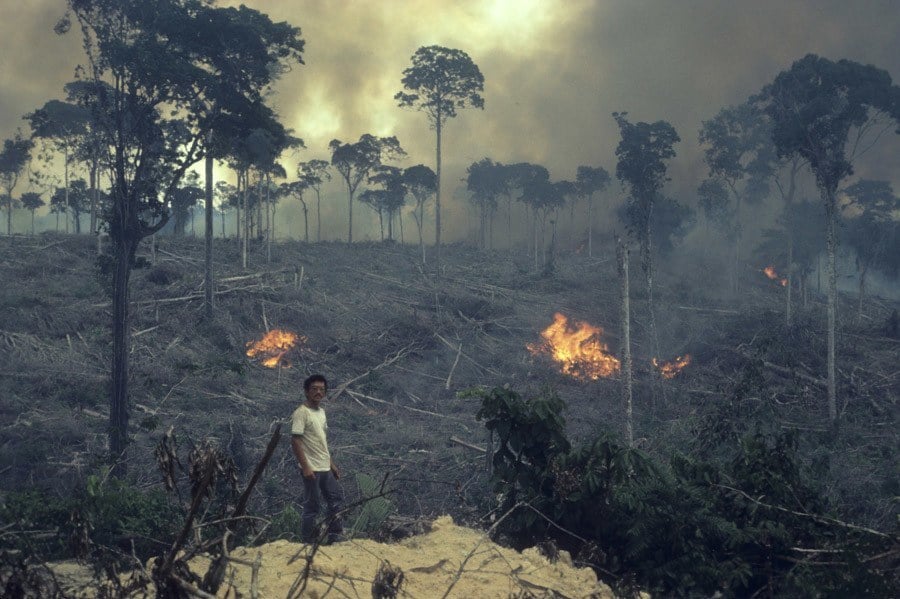 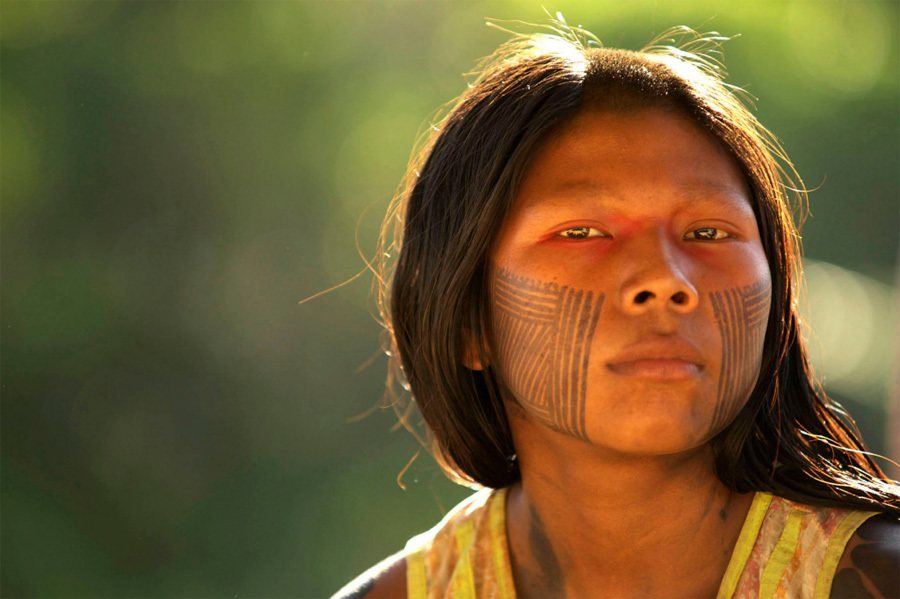 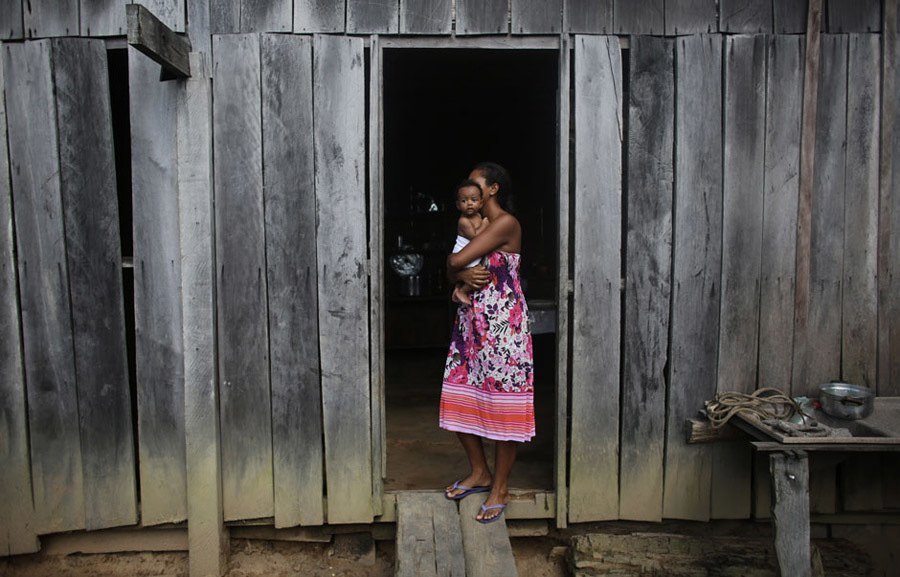 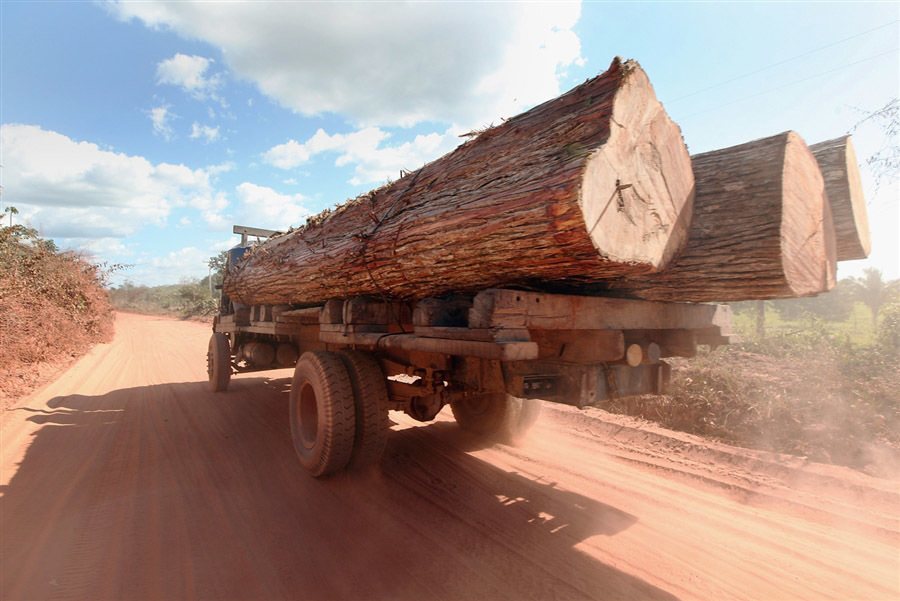 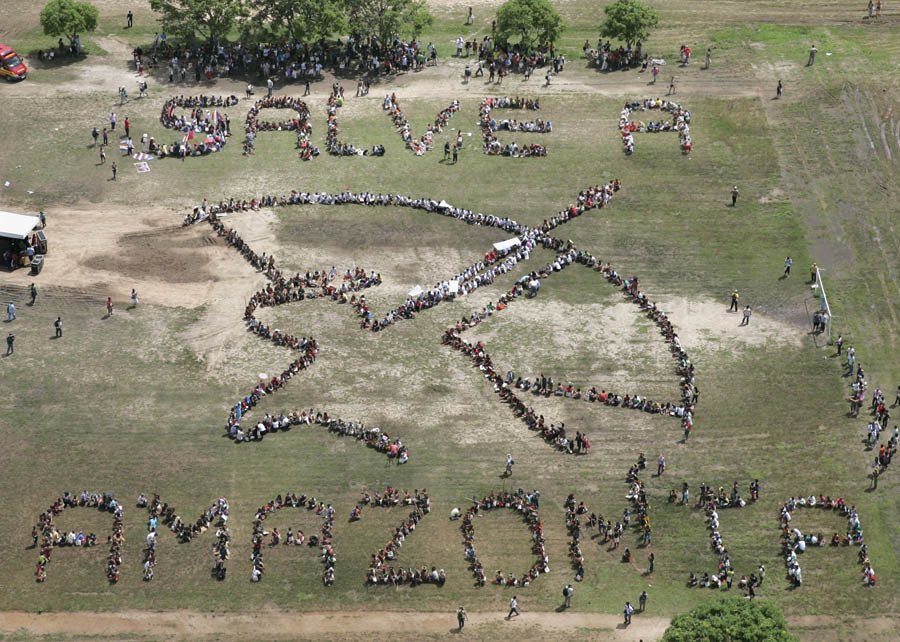 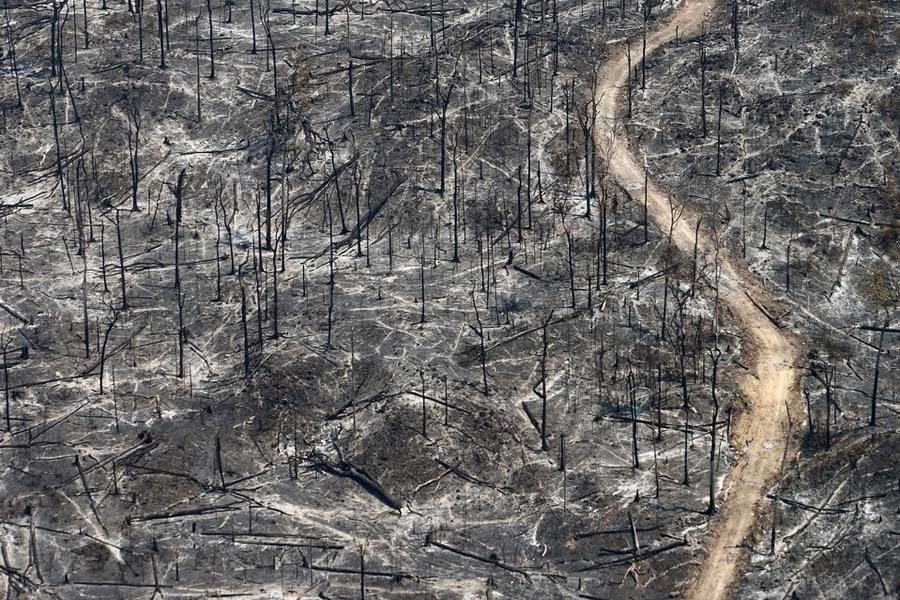 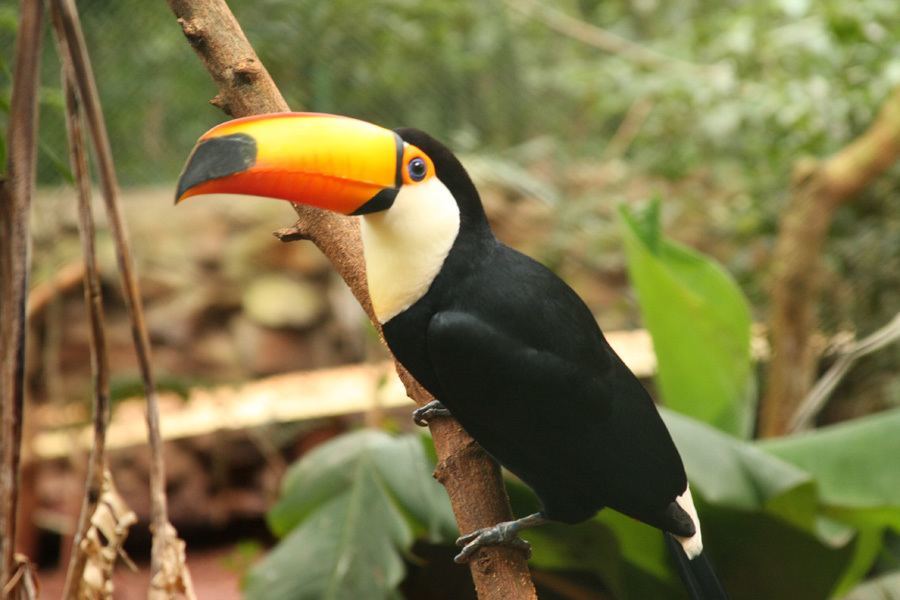 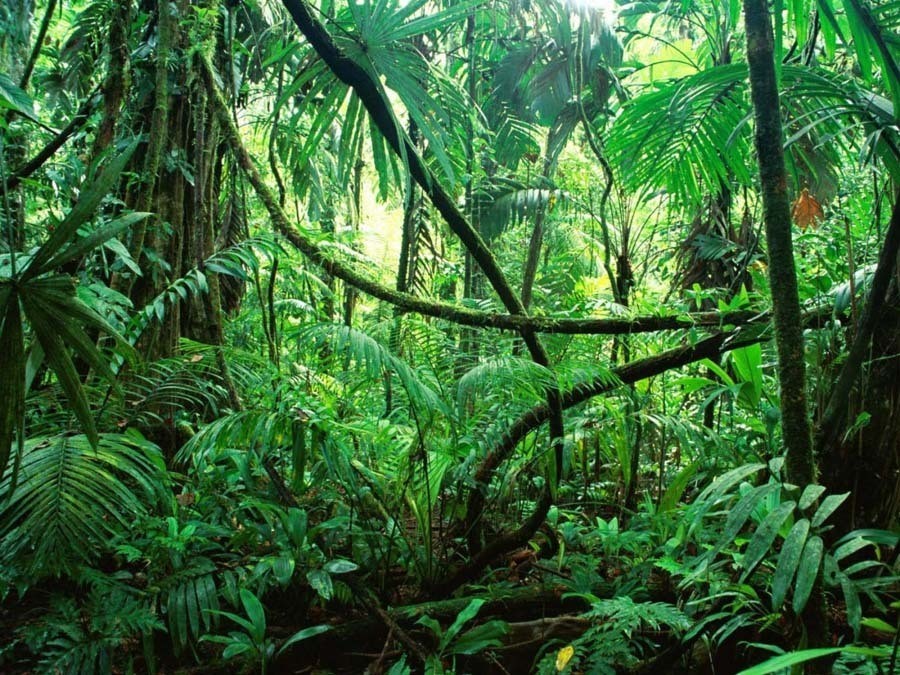 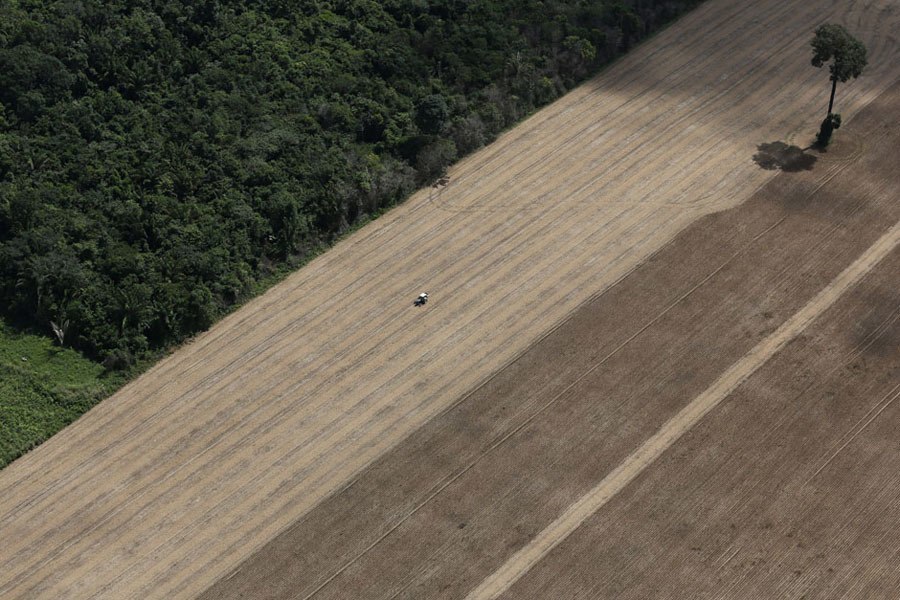 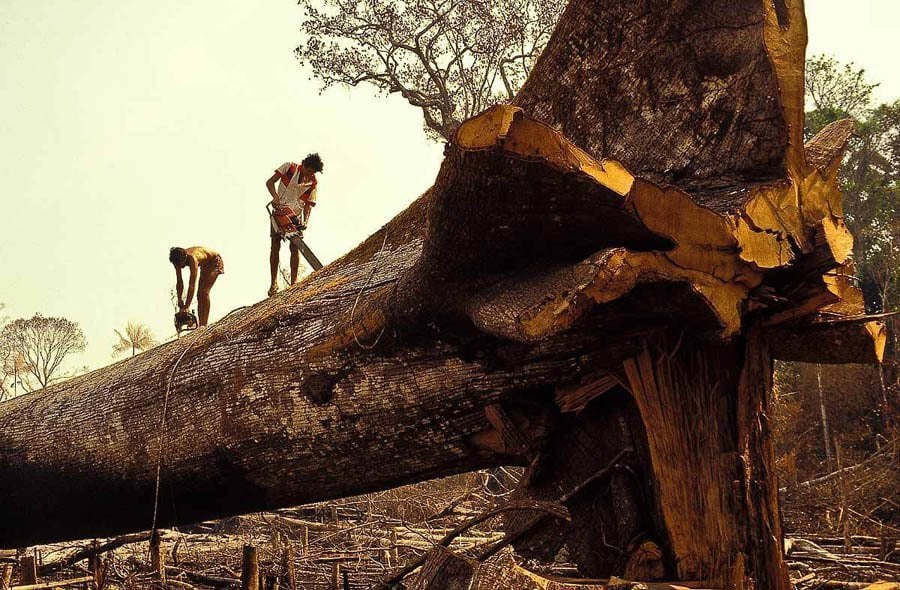 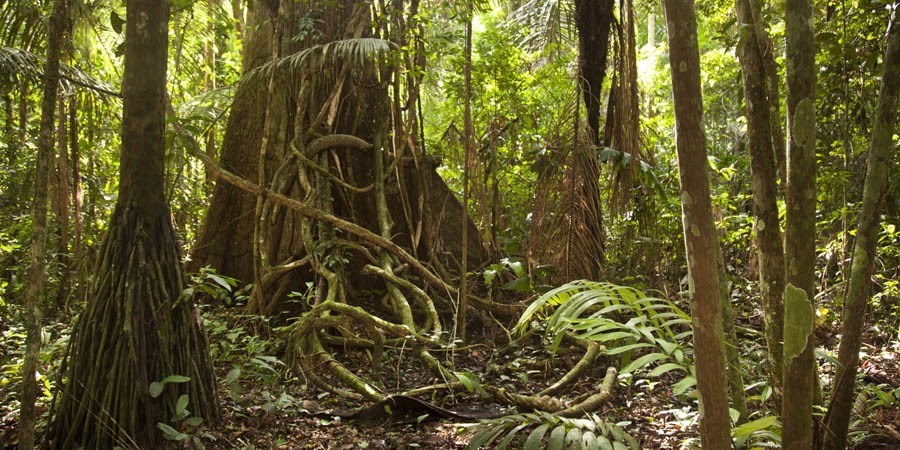 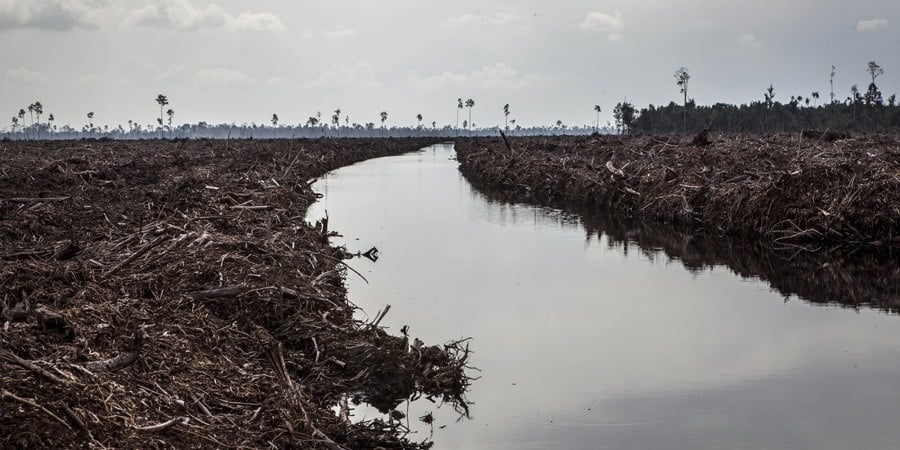 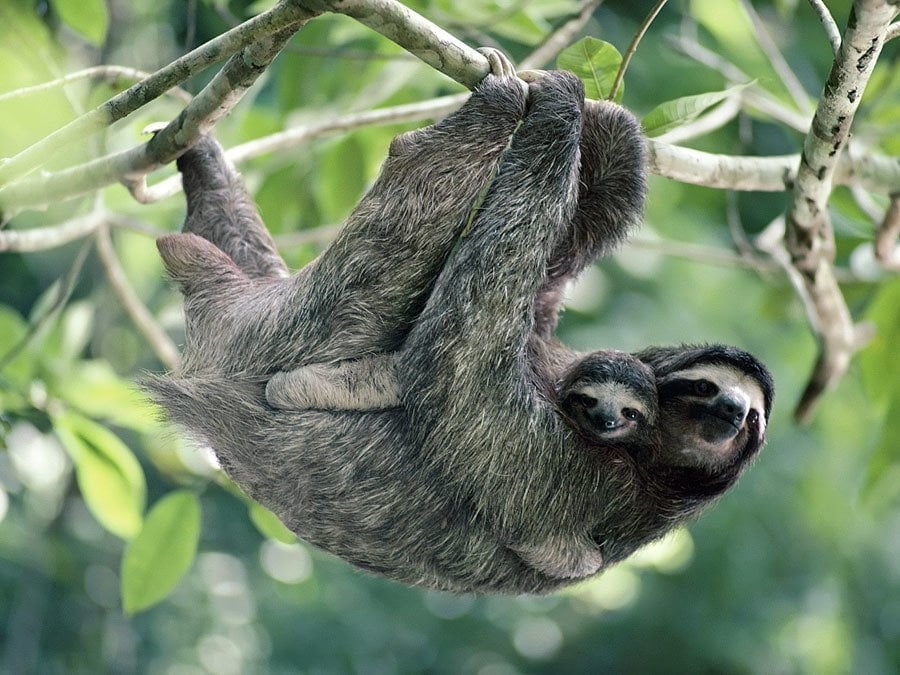 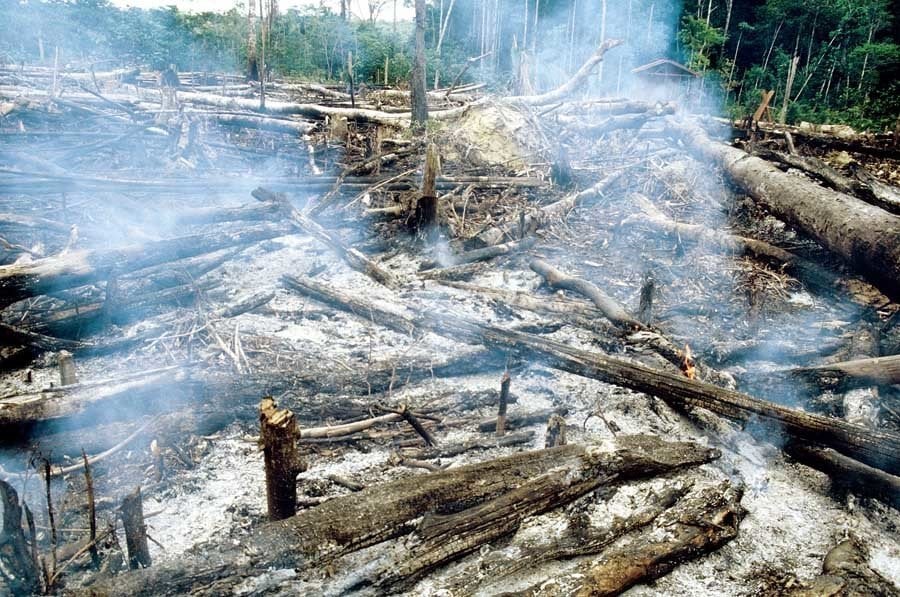 1 of 22
2 of 22
The Amazon covers forty percent of South America. Source: Blogspot
3 of 22
Tracts of Amazon jungle are cleared for agriculture near the city of Santarem, Para state. Source: Reuters
4 of 22
Workers load charcoal produced from illegally harvested Amazon wood. There are charcoal camps that employ slave labor, and Greenpeace has rescued over 2,700 indigenous workers from charcoal camps to date. Source: NBC News
5 of 22
The jaguar is also in danger of extinction from rainforest clearing. Source: WWF
6 of 22
The Amazon is the world’s second largest river; only the Nile is longer. Source: Timber Design And Technology
7 of 22
Billion dollar dam projects like the Belo Monte want to exploit untapped hydropower, which is low-carbon, but reservoirs could release large amounts of methane, a powerful greenhouse gas. Source: Amazon Watch
8 of 22
The forest smolders from fire. Source: Wordpress
9 of 22
Approximately one million natives--broken into around 400 known tribes--call the Amazon home. Source: Travelsfy
10 of 22
The indigenous peoples of the Amazon rely on the forest and its life-giving river, and are often victims of land and natural resources-related violence. Source: Reuters
11 of 22
The Amazon rainforest provides twenty percent of the Earth’s oxygen. Source: NBC News
12 of 22
The people speak: "Save the Amazon". Source: Blue Channel 24
13 of 22
The toll of deforestation on the Amazon rainforest is evident through aerial photos. Source: Wall Street Journal
14 of 22
The toucan calls the Amazon its home, and like so many other species its livelihood is threatened due to deforestation. Source: World Magacy
15 of 22
The dense Amazon wilderness provides habitats for numerous unique species. Source: Blogspot
16 of 22
A tractor on a wheat plantation that used to be a virgin rainforest. Source: Reuters
17 of 22
Witnessing the size and girth of some of the Amazon’s massive, fallen trees is a sobering sight. Source: Snow Brains
18 of 22
Dry roots shouldn’t be a common sight in a rainforest. Source: The Huffington Post
19 of 22
Due to climate change-related changes in waterways, cities near the Amazon River like Sao Paulo are experiencing droughts.Source: Huffington Post
20 of 22
The three-toed sloth is yet another species who has been endangered by Amazon deforestation. Source: Wordpress
21 of 22
If forest fires continue, the "lungs" of the world may give out and transform into a barren desert. Source: Wordpress
22 of 22 The logging industry has also taken its toll; much of the logging that has taken place since the late 90s has been illegal in nature. Many companies have forged logging permits, cut commercially valuable trees protected by law, cut more trees than were authorized, cut outside of the specified logging area, and stolen from protected areas. Some lumber is used to produce wood charcoal that is used to power many industries, including the US automobile manufacturing industry. 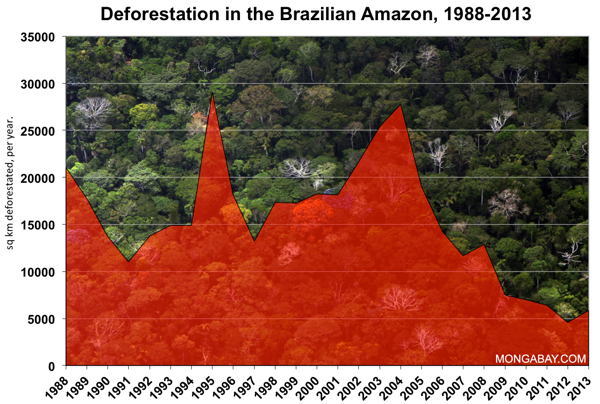 Destruction of the forest is further accelerated by deliberate forest fires - ignited to clear out trees and underbrush – to make way for farmland. Because the Amazon is so humid and moist, fires very rarely start spontaneously. When humans set their own fires within this forest, it severely damages the delicate ecosystem. Fires become unmanageable quite easily and spread further than they were intended.

Deliberate fires can cause severe droughts which greatly affect the river levels. On its own, this rainforest is responsible for half of its rainfall by releasing humidity and moisture back into the atmosphere. When a massive drought developed in 2005, the levels of the Amazon River dropped (by conservative estimate) 40 feet. Many indigenous people of the forest who use this river for travel were stranded.

But deforestation doesn't just affect indigenous people; it affects us all. As one of the world's largest carbon sinks—meaning, it absorbs carbon dioxide we emit for its own energy and oxygen production—its weakening means less supply of oxygen and more carbon dioxide in the atmosphere, which contributes to global warming and makes life much more expensive for many people.

To learn more about the human consequences of a weakened, barren Amazon--and the kind of fights breaking out because of it--check out this VICE documentary: