Adolf Eichmann evaded capture and trial for nearly 15 years before Israeli Agents were tipped off by a young Jewish woman. 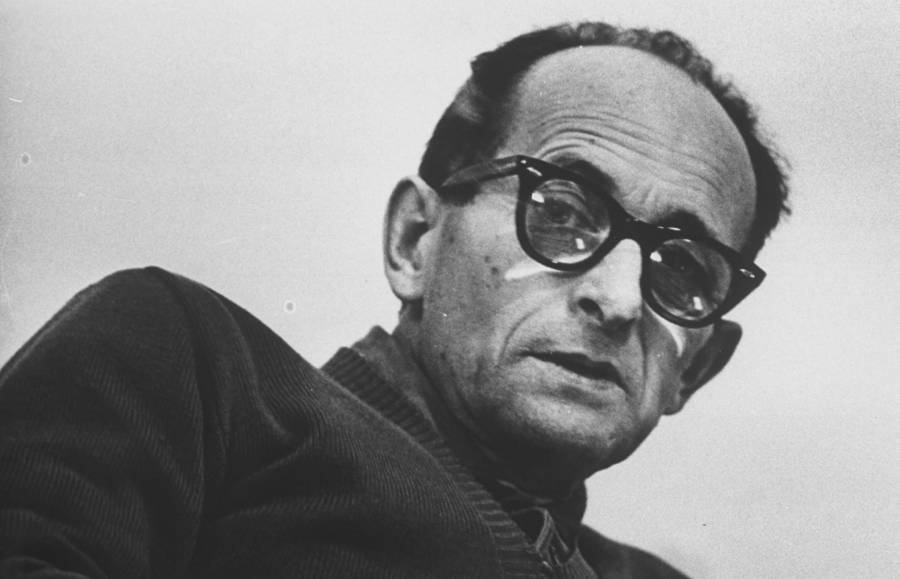 “I will leap into my grave laughing because the feeling that I have five million human beings on my conscience is for me a source of extraordinary satisfaction,” Adolf Eichmann said in the days that surrounded the Nuremberg Trials.

He had been given the chance to repent for his role as one of the architects of the Holocaust. Eichmann, though, had refused.

He didn’t deny what he’d done. He did admit that he had been responsible for sending nearly every single Jewish victim in Europe to the death camps. But to the end, he never admitted that it was wrong.

The “Czar of the Jews” 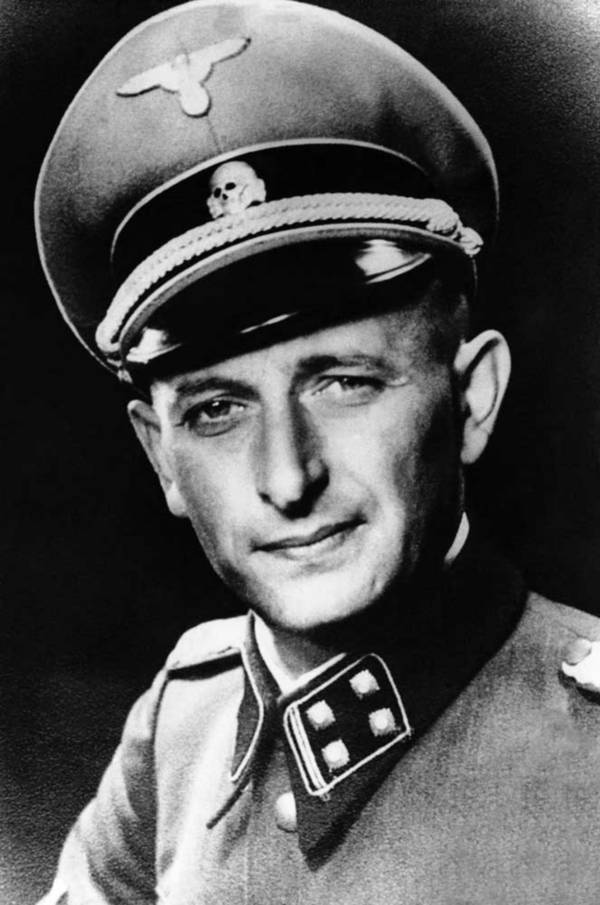 The Adolf Eichmann trial proved elusive as Eichmann evaded both the Nuremberg Trials and his own capture for 15 years.

Eichmann was one of the leading minds behind the Nazi plan to exterminate the Jews. He was one of the 15 men — excluding the Führer himself, Adolf Hitler — who attended the insidious Wannsee Conference in which the topmost members of the Reich crafted their solution to the “Jewish Problem.” Naturally, this became known as the “Final Solution,” or the systematic extermination of the Jewish people.

Eichmann was named the main liaison to one of the leading architects of the Final Solution and subsequently the Holocaust, Reinhard Heydrich. Eichmann meticulously recorded where each and every Jew in Europe hid, he organized their capture and then arranged for their deportation to the death camps.

He took an immense pride in his role and called himself the “Czar of the Jews”. He once boasted that, “Nobody else was such a household name in Jewish political life at home and abroad in Europe as little old me.”

He’d even gone to watch the massacres first-hand. He had presided over a mass shooting of Jewish prisoners in Minsk and wrote about it afterward in his memoirs: “I saw a Jewish woman and a small child in her arms,” he wrote, he recalled, “a bullet smashed the skull of the child. My driver wiped brain particles from my leather coat.”

The chilling image barely shook Adolf Eichmann. “There is one good thing nature gave me,” he wrote, “I can switch off and forget very quickly, without trying to.”

As the Holocaust’s logistical expert, he was by nature a cold and calculating man. He single-handedly and methodically ensured that the mass extermination of six million people ran as efficiently as a machine.

Yet, when Berlin fell, the Allies let him escape. 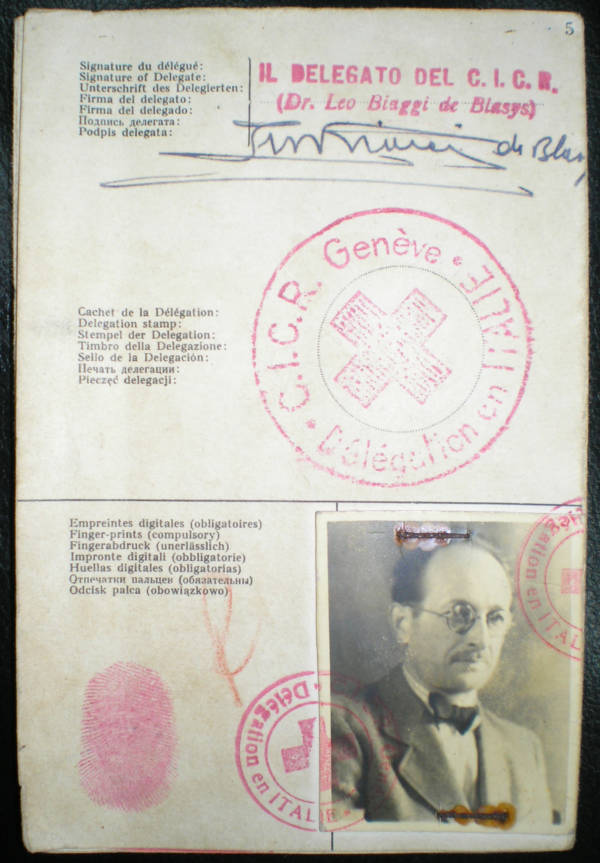 Eichmann was captured by American soldiers in Austria in the final days of the war. When he surrendered, though, he handed the soldiers forged papers with a false name: “Otto Eckmann”.

Though the soldiers soon learned of his real identity, they had no idea just how big of a role he had played in the construction of Death Camps. They threw him in a poorly-guarded prisoner-of-war camp and loosely surveilled him. There, Eichmann stole a knife and scraped an incriminating SS tattoo off his arm. Then he snuck off into the night.

For the next four years, he moved through Europe and pretended to be a businessman named “Otto Henniger”. He kept his head low and quietly read the reports about the Nuremberg Trials in the papers at night. He no doubt saw his name written again and again.

Rudolf Hoss, Commandant of Auschwitz, had given Adolf Eichmann away. “Exclusively one man,” Hoss told the courts, “had the task of organizing and assembling these people.” That man’s name, Hoss said, was Adolf Eichmann.

Eichmann, terrified, fled Europe altogether in 1950. It took nearly ten years for anyone to find him. 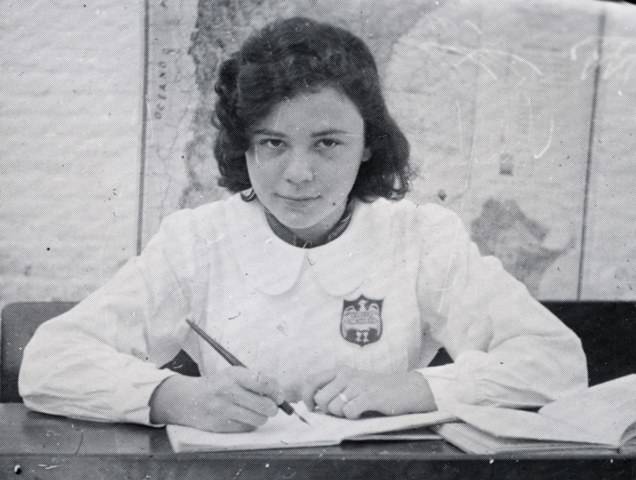 Portrait of Sylvia Herman, the teenaged girl who helped to bring Eichmann to justice.

Despite the string of Nazi hunters Eichmann may have had on his tail, it was a teenaged girl, Jewish no less, named Sylvia Hermann who helped find him.

Hermann lived in Argentina and was the daughter of a Jewish man and an Argentinian woman. She’d caught the eye a German immigrant who called himself Nicholas Klement. Nicholas, in a misguided effort to impress his new beau, boasted that his real name was Klaus Eichmann. His father, he told her, had been a Nazi. And not just any Nazi – he was one of the big shots.

He mustn’t have realized that the girl he was trying to impress was Jewish. He certainly didn’t realize that her father had spent two years in the Dachau Concentration Camp.

Hermann arranged with her father to covertly verify Eichmann’s identity, as he lived then under the name of Ricardo Klement. Hermann found his home easily in Buenos Aires and casually asked after his son at the door. Adolf Eichmann himself spoke with her and confirmed that he was in fact, “Herr Eichmann.” As soon as she returned home, Sylvia wrote down everything she had learned about “Klement” and sent the information off to Israeli Intelligence.

In short time, a team of Israeli Intelligence or the Mossad agents arrived in Argentina. They watched Eichmann’s every move. They followed his routines, snapped pictures, and compared them to photographs of the real man. They would not act until they were sure that they had the right person.

Adolf Eichmann gave himself away when he came home from work with a bouquet of flowers in his hands. The date was Mar. 21, 1960. The agents who watched him knew that it was Adolf Eichmann’s wedding anniversary. 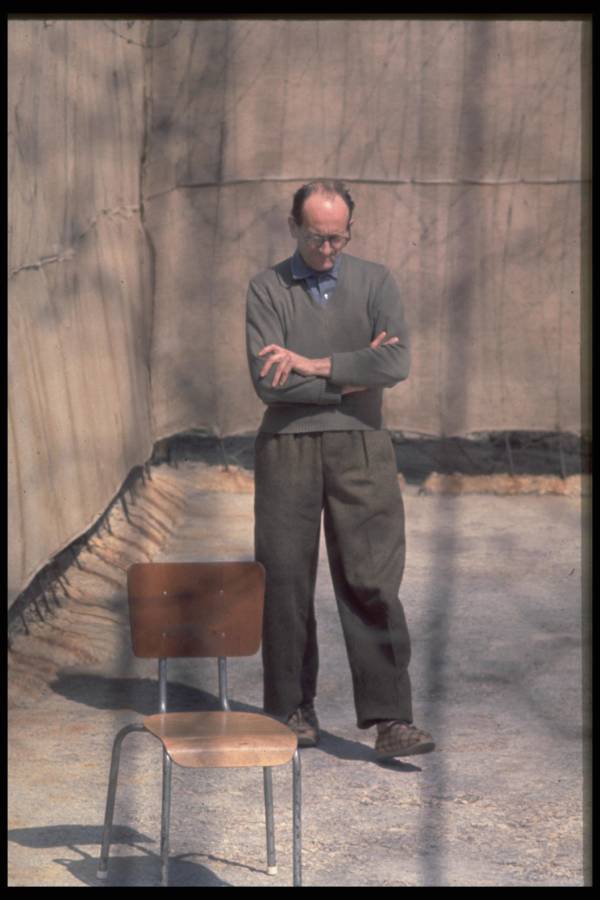 The Mossad’s plan was to grab Adolf Eichmann after work shortly after he got off the bus. There was a moment in his routine when he would walk through an isolated field. That would be the Mossad’s chance to jump him. They dubbed their capture plan, “Operation Finale.”

A hint of worry sunk in, though, when the bus arrived and Eichmann didn’t get off. That worry gave way to panic when two more buses came by with no sign of Eichmann. For a moment, it seemed clear that Eichmann was on to his capture. They were sure he’d gotten away and that Operation Finale had failed.

Israeli Intelligence prepared to leave when another bus came and out stepped an old, large-eared, German man. They could breathe once more. Eichmann had just worked late.

One of the agents jumped out of the car and asked Eichmann for the time. Eichmann hesitated, but the distraction was enough for the other man to grab him, drag him into the car, and hide him under a blanket.

They drove him to a safe house, shackled him to a bed frame, and interrogated him for nine days. Then, when they were sure they had the right man, they drugged him, dressed him up as a flight attendant, and flew him to justice in Israel.

The Trial Of Adolf Eichmann 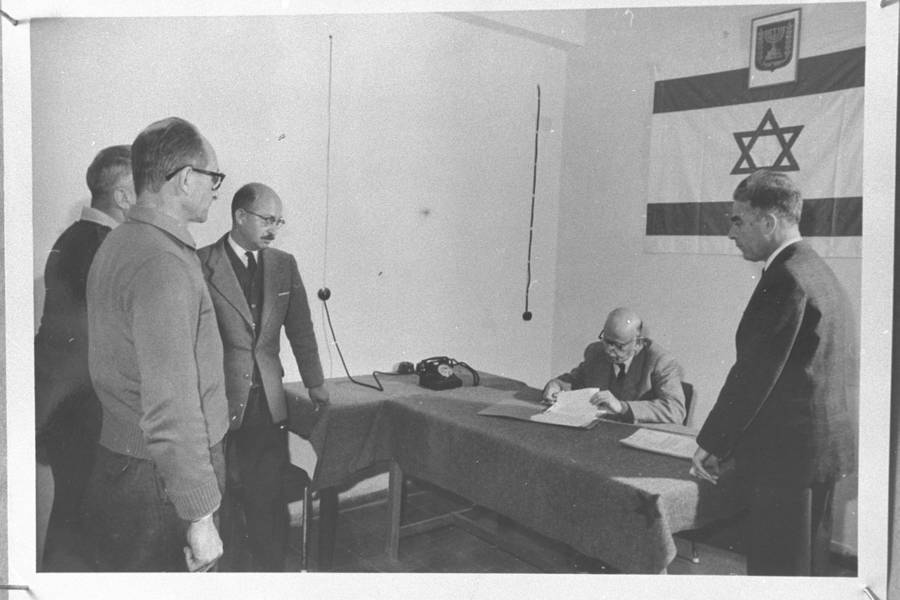 “I was not a responsible leader, and as such do not feel myself guilty,” Eichmann protested when the death sentence came in. He had just been following orders, he insisted. He had done nothing wrong.

The evidence against him, though, was overwhelming. Eichmann’s was one of the first televised trials in history and 700 live spectators watched him from his bullet-proof case on the stand.

The court revealed evidence that Adolf Eichmann had cataloged locations of all the Jews, that he’d arranged for their transportation to the death camps, and that he’d organized the death marches.

The Adolf Eichmann trial and sentencing in Jerusalem, 1961

There was proof that Adolf Eichmann had personally overseen the mass executions. And there were extensive recordings he’d made in Argentina, as preparation to write his memoirs, in which Adolf Eichmann confessed to every crime he’d committed.

Therefore, his excuses didn’t hold much weight. On June 1, 1962, he was walked out to the gallows. He was hung in front of a small crowd that included some of the men who caught him. According to one witness, he spat out his last words: “I hope that all of you will follow me.”

“I will not humble myself or repent in any way,” Eichmann wrote in his memoirs. “To sum it all up, I must say that I regret nothing.”

Next, read about how guards at the Dachau Concentration Camp got their comeuppance, and Heinrich Müller, the Nazi who never got caught.