From 1943 to 1946, the whereabouts of Saturn the alligator were unknown. Many believe that during this time, the alligator belonged to Adolf Hitler's personal collection. 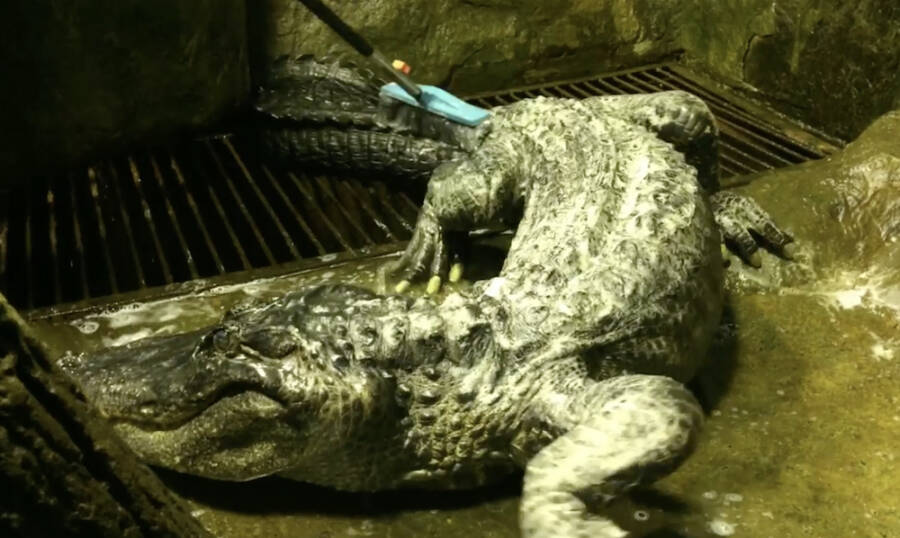 Moscow ZooSaturn loved being massaged with this brush, and was quite choosy about his food.

An alligator purportedly once part of Adolf Hitler‘s personal collection has died at age 84 in the Moscow Zoo. According to ABC News, the reptile named Saturn not only survived the 1943 bombing of Berlin, but far outlived the average lifespan of its species — which ranges between 30 and 50 years.

Born in the Mississippi wilderness in 1936, Saturn was shipped to the Berlin Zoo at a young age before he disappeared on Nov. 23, 1943. With the Allied air bombing campaign on Berlin directly hitting the zoo’s aquarium, it was believed that all crocodiles and alligators within had been killed.

As fate would have it, Saturn was one of only 100 animals of the 16,000 once kept in the Berlin Zoo that survived the war. He was seven years old when he vanished, only to be rediscovered and captured by the British in June 1946 — and handed to allied Soviet troops who sent him to Moscow.

“Moscow Zoo has had the honor of keeping Saturn 74 years,” the zoo said in a statement. “Saturn is a whole era for us. There is not the slightest exaggeration. He came after the Victory, and met its 75th Anniversary. It is a great happiness that each of us could look into his eyes, just quietly be near.”

“He saw many of us as children. We hope that we did not disappoint him.”

The rumor that Saturn belonged to Hitler’s personal menagerie of pets began in Moscow once the war had ended. Though the largely undocumented relationship with the Führer gave Saturn a sheen of celebrity status, Moscow Zoo officials maintained that even if this were true — Saturn was innocent.

“Even if, purely theoretically, he belonged to someone, animals are not involved in war and politics,” the zoo said. “It is absurd to blame them for human sins.”

Though some presumably look upon Saturn unfavorably due to his purported connection to Hitler, the 11.5-foot alligator has been a cherished member of the Moscow Zoo ever since he arrived. Far beyond absolving him of any political responsibility, he was tended to like an honored guest.

“We tried to take care of the venerable alligator with the utmost care and attention,” the zoo’s obituary said. “He was choosy about food and perfectly remembered his trusted keepers. He loved to be massaged with a brush, and when he didn’t like something, he would gnaw the steel grabbers.” 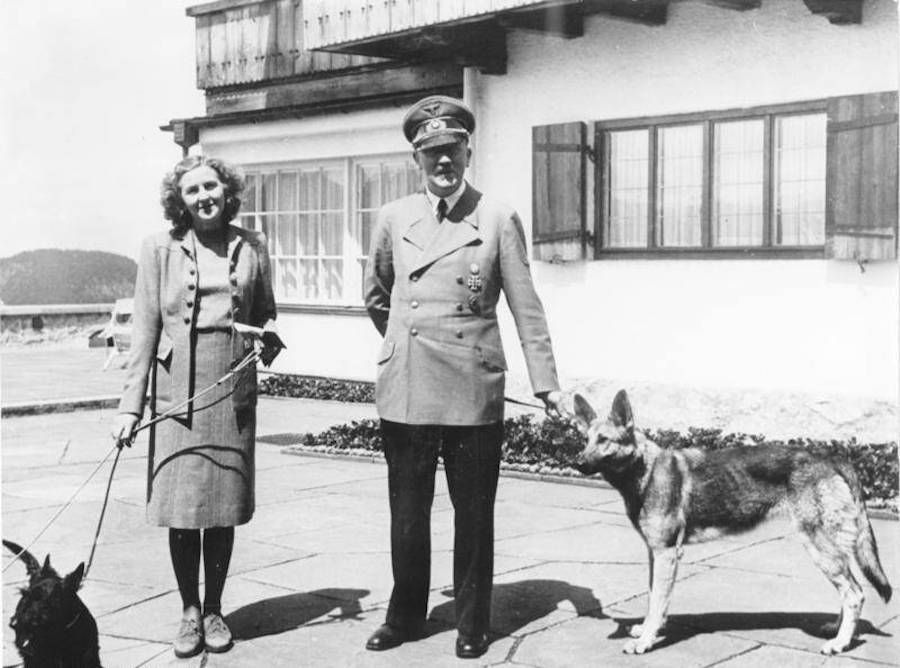 Unknown/Deutsches BundesarchivIt remains unproven that Saturn was Hitler’s personal alligator. The Führer killed his own dog Blondi, pictured here, before taking his own life in 1945.

According to Fox News, it remains unclear exactly how the rumor that Saturn was Hitler’s alligator began. The myth rapidly garnered a foothold, however, and clearly stemmed from the fact that the reptile lived in Berlin during World War II.

“Almost immediately, the myth was born that he was allegedly in the collection of Hitler and not in the Berlin Zoo,” the Moscow Zoo said.

Ultimately, the late alligator will continue to be historically remembered with his taxidermed remains set to be displayed at Moscow’s Charles Darwin Museum of Biology.

Perhaps most remarkable of all is that the resilient alligator lived decades longer than anticipated — and survived the most horrifying devastation Europe had ever seen across the 20th century.

After learning about the alligator rumored to have been Adolf Hitler’s pet, listen to the only known recording of Hitler’s normal conversational voice. Then, learn about the sex fetish report that claimed to reveal Hitler’s bizarre behaviors.