Fans Can Now Own Elvis Presley’s Real Bedazzled Jockstrap For $36,000

The garment — which bears Elvis Presley's initials in blue rhinestones — was a gift from a fan which the singer reportedly wore until his death in 1977.

Paul Fraser Collectibles/Caters News
A rhinestone-studded jockstrap that was frequently worn by Elvis is being sold for $36,000.

Elvis Presley will forever be remembered as the velvet-voiced crooner of hit tunes from the 1950s like “Jailhouse Rock” and “Can’t Help Falling in Love” who scandalized TV censors with his distinct dance moves.

Now, fans can purchase pieces of the music icon’s legacy, including a blinged-out jockstrap allegedly worn by the artist.

According to the Daily Mail, the intimate item was a handcrafted gift the crooner received from an enthusiastic fan. The white-colored jockstrap is decorated with white rhinestones in the front as well as on the side straps of the intimate piece.

But the pièce de résistance is no doubt the artist’s initials which are bejeweled onto the jockstrap in blue sparkly rhinestones. 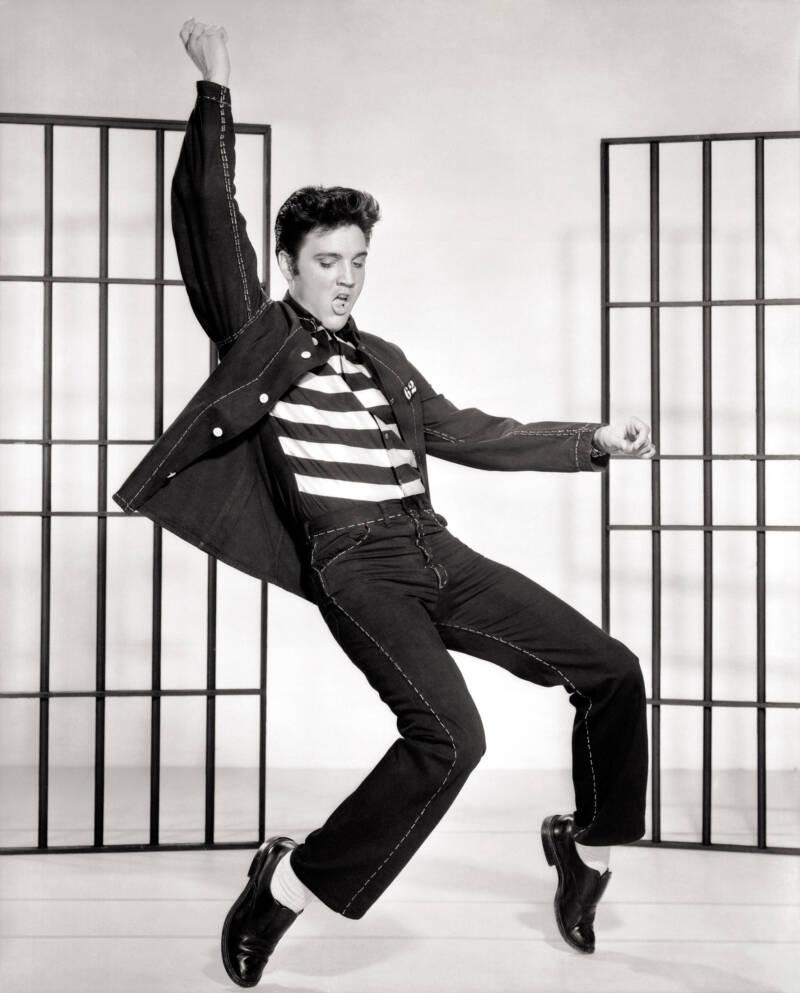 Wikimedia CommonsElvis Presley received the jockstrap from a fan who had handcrafted it.

After Presley’s untimely death in 1977, the bedazzled jockstrap became part of the Elvis Presley memorabilia collection belonging to singer Jimmy Velvet who was a close friend of Presley since the start of his career.

The rhinestone-covered jockstrap is being sold online by Paul Fraser Collectibles, a company that specializes in auctions of superstar memorabilia, along with other Elvis Presley Museum collection items.

“[It’s] Extravagant. Absurd. Sexually potent. This rhinestone-studded jockstrap is pure Elvis Presley,” said Daniel Wade, a representative of Paul Fraser, of the flamboyant piece. “I’m sure the new owner won’t be able to resist wearing it out on a Saturday night — the Elvis magic will work wonders, I’m certain.”

Potentially alarming visuals aside, the item is undoubtedly a “rare opportunity” for collectors and music fans to own a piece of clothing that once belonged to one of the greatest artists in music history — especially since garments owned by the late singer remain extremely rare.

“This is a rare opportunity to own an intimate piece of the King,” Wade added.

As for potential buyers who might be worried about hygiene when it comes to handling the undergarment, there is some good news: the bedazzled jockstrap comes in a 20-by-36 inch frame encasement so you won’t have to touch the King’s possibly unwashed underwear. 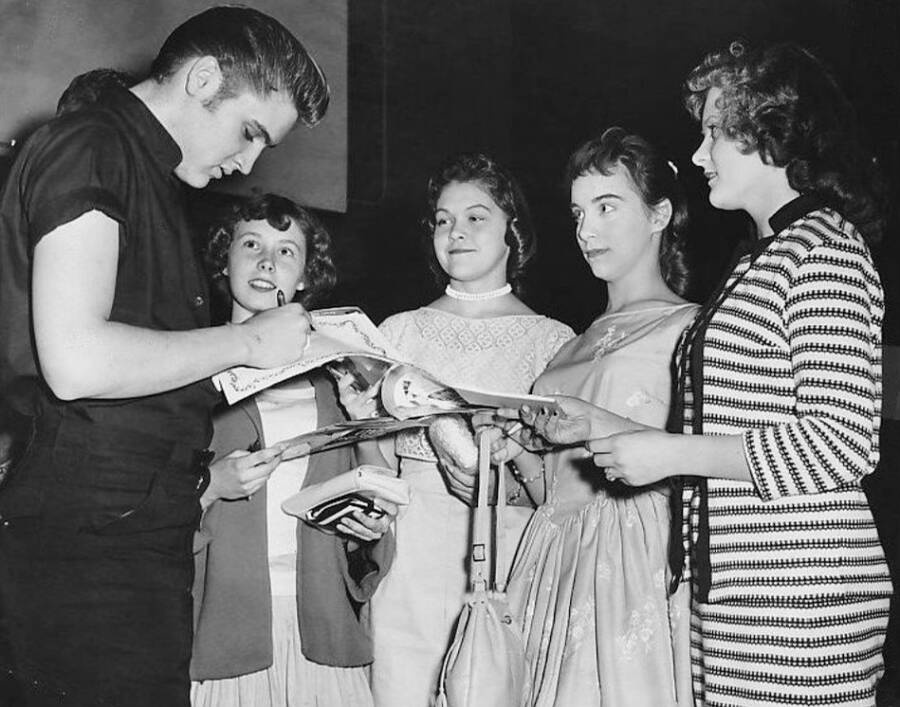 Other collector’s items of the King of Rock ‘n’ Roll for sale by the company include an album twice-signed by Elvis Presley and an inch-long strand of the singer’s hair allegedly taken from the floor during his famous haircut when he joined the U.S. Army in 1958.

Not a fan of Elvis Presley yet still yearning for your own piece of intimate memorabilia plucked from your favorite artist? The company also sells collector’s items like Jimi Hendrix-owned scarves, Madonna’s tour underwear, and more hair strands from John Lennon to Justin Bieber.

But not everyone is convinced about the significance of owning a piece of underwear worn by a music legend. As Colleen Hawkes wrote in the New Zealand news outlet Stuff:

“I am still not sure I want to touch his jockstrap, or stroke those rhinestones. It just seems, well, a little creepy. (Was it washed, and if so, is it now worth less?) All these awkward questions.”

Although owning this piece of the King might not appeal to everyone, Elvis’ sparkly jockstrap will likely find a new home before too long.