Before dying on May 2, 2016, Afeni Shakur was a political activist who took on the NYPD while facing a 350-year sentence — and pregnant with Tupac. 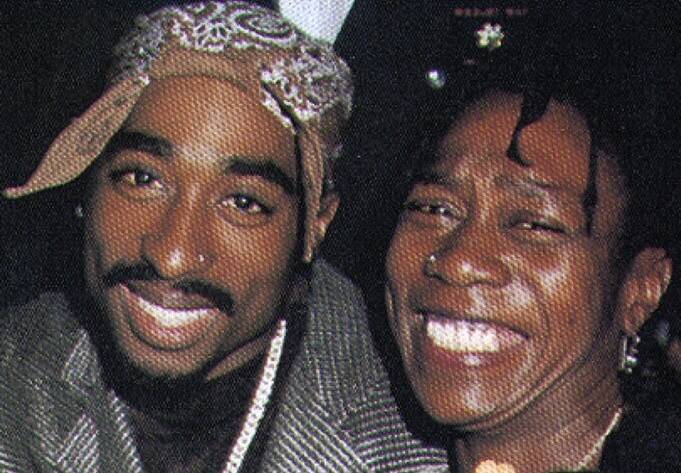 TwitterTupac with his mother Afeni Shakur.

In 1995, rap legend Tupac Shakur wrote a love letter to his mother. Though the song “Dear Mama” pulled no punches and openly admitted that Tupac’s mother, Afeni Shakur, had an addiction to crack while struggling as “a poor single mother on welfare,” it also expressed Tupac’s gratitude and reverence for her despite the challenges she endured.

Tupac referred to her as a “Black queen” and ended the song with the promise, “You are appreciated.”

But who was Tupac’s mother, Afeni Shakur? Besides the song in her honor, most know of her because of her connection to the Black Panthers, which she joined as a teenager. She was also notorious for facing a 350-year jail sentence while pregnant with her son. This is her remarkable story.

Born Alice Faye Williams in North Carolina in 1947, Afeni Shakur said, “For most of my life I have been angry. I thought my mama was weak and my daddy was a dog. That anger fed me for many years.” Indeed, her father was an abusive truck driver, leading Shakur and her mother to move to the Bronx in 1958.

There, Shakur joined a Bronx women’s gang. “All I wanted was protection,” Shakur explained. “That’s all every woman wants. To feel secure.”

Then, in 1968, Shakur joined the Black Panther Party. She said the Panthers offered her more than the security of a street gang, and that they promised a solution to the violence and racism Black Americans like her faced.

“They educated my mind and gave me direction,” Shakur related. “With that direction came hope, and I loved them for giving me that. Because I never had hope in my life. I never dreamed of a better place or hoped for a better world for my mama, and my sister, and me.”

As a member of the Harlem chapter, Shakur also met Lumumba Shakur, who headed the chapter. After marrying Lumumba, Alice Faye Williams changed her name to Afeni Shakur. 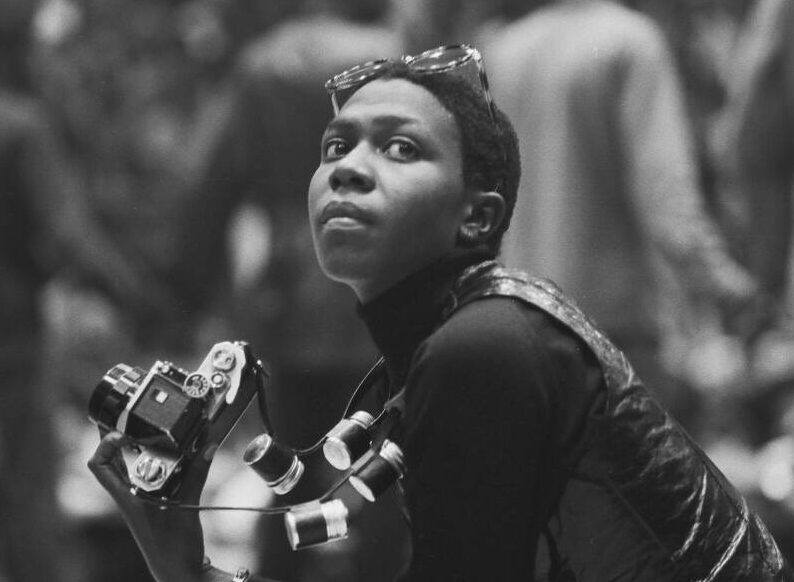 By day, Tupac’s mom Afeni Shakur worked as a teacher. And by night, she wrote the Harlem Black Panther newsletter and volunteered at a hospital.

But the FBI had recently declared the Black Panthers a threat to the country. And an undercover cop would nearly take Shakur and the Harlem chapter down.

On April 2, 1969, the NYPD stormed Afeni Shakur’s house and arrested her. The charges included conspiring to kill police officers and bomb police stations. But from the beginning, the evidence against Shakur and the other Black Panthers was paper-thin.

“I knew my militant agenda would one day end here in the hall of justice, but there was no justice in how it was going down,” Shakur said. “We were spied on, infiltrated, set up, and psychologically manipulated. I saw people I thought I knew change before my very eyes.”

Tupac’s mom and 20 other Black Panthers, including Lumumba, went on trial. They each faced a sentence of 350 years in prison. During a tumultuous time in and out of prison, Shakur split from Lumumba and started seeing another Black Panther member, Billy Garland. In 1971, Shakur discovered she was pregnant with the child that would become Tupac.

And so she decided to defend herself. 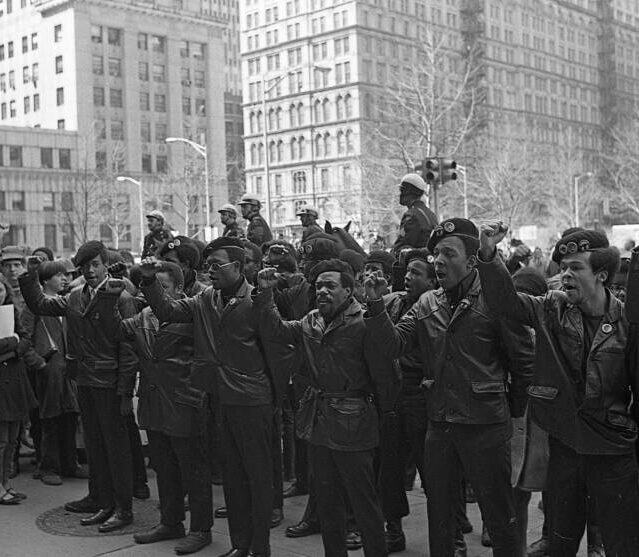 David Fenton/Getty ImagesBlack Panthers, of which Tupac’s mom Afeni Shakur was a longtime member, demonstrate outside the New York County Criminal Court where members of the “Panther 21” faced trial.

One officer admitted, “I personally believed something was going to be done, but I didn’t know when.” Another confessed he’d never witnessed Shakur do anything violent.

And during her cross-examination of the third officer, he could only recall her volunteer work and teaching, without any specific examples of anything criminal she’d done.

In her closing remarks, Shakur spoke directly to the jury. “I would appreciate it if you end this nightmare,” she said, “because I’m tired of it and I can’t justify it in my mind. There’s no logical reason for us to have gone through the last two years as we have, to be threatened with imprisonment because somebody somewhere is watching and waiting to justify being a spy.”

Looking back on her trial, Afeni Shakur recognized the strength of her words.

“I was young. I was arrogant. And I was brilliant in court.” She said. “I wouldn’t have been able to be brilliant if I thought I was going to get out of jail. It was because I thought this was the last time I could speak. The last time before they locked me up forever.”

But the jury ultimately returned a not guilty verdict on all 156 charges. A month later, on June 16, 1971, Afeni Shakur gave birth.

Tupac’s Relationship With His Mom

In the years after her trial, Afeni Shakur fell into addiction and a series of bad relationships. In 1975, she married Mutulu Shakur in 1975 and gave birth to a daughter. The couple divorced in 1982. By the early 1980s, Shakur was addicted to crack cocaine. 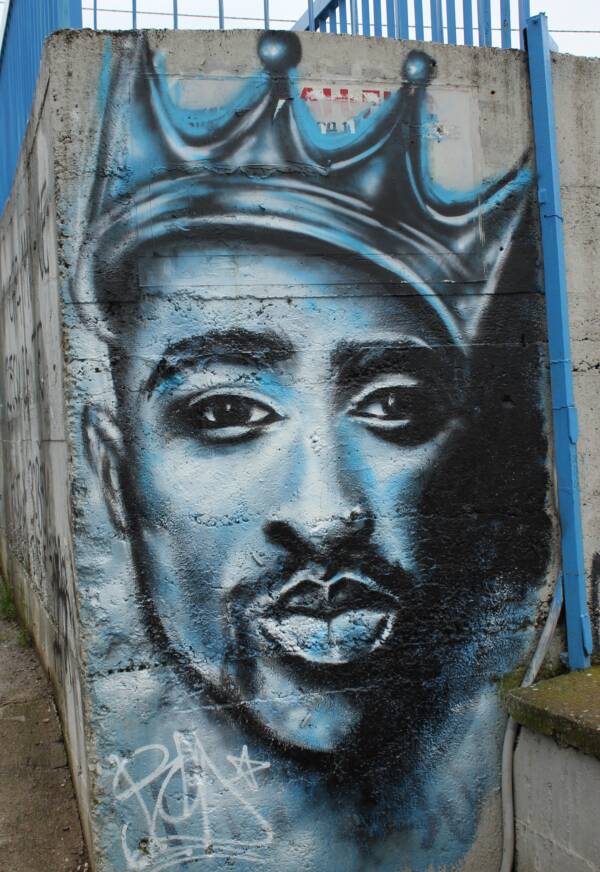 The Shakur family relocated to Baltimore and Marin County, California. While Shakur battled addiction and struggled to hold down a job, a teenaged Tupac walked out on her. Estranged from her son, Afeni Shakur described that period in her life as living in “the pit of the garbage can, underneath the corroded bottom of the garbage can, where only the maggots live.”

As her son’s rap career took off, the two reunited and Shakur overcame her addiction. Tupac wrote “Dear Mama” to show his understanding and appreciation for his mother’s struggles.

Then, Tupac was killed in a tragic 1996 shooting.

But rather than let grief consume her, Afeni Shakur managed Tupac’s estate and released more of his music. She became an activist and lecturer. In her final years, Shakur lived in the house Tupac bought for her before his death. 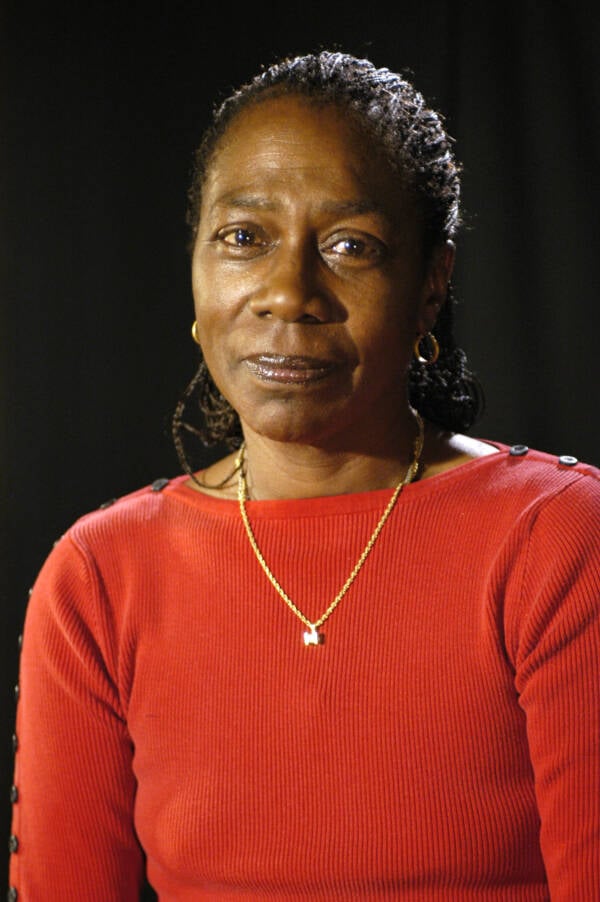 She also reportedly worked tirelessly to ensure that her son’s legacy would remain untouched and unexploited after his demise. According to TMZ, Shakur set up a trust to control all of Tupac’s music rights, the paperwork for which was allegedly “flawless.” She also named a former head of Warner Bros. Records as executor to handle Tupac’s catalog.

Shakur also made sure that her son’s money would be sent to select charities, ensuring that when she passed away on May 2, 2016, Tupac’s legacy would remain unharmed.

In 2009, the Library of Congress added “Dear Mama” to the National Recording Registry, dubbing the song a “moving and eloquent homage to both [Tupac Shakur’s] own mother and all mothers struggling to maintain a family in the face of addiction, poverty and societal indifference.”

After this look at Tupac’s mom Afeni Shakur, learn about other interesting parents of celebrities. Or, read about how Tupac got into a shootout with an off-duty cop — and was let go after the truth came to light.