Meet Aimo Koivunen, The Soldier Who Survived WWII Thanks To Accidentally Overdosing On Meth

In 1944, Finnish soldier Aimo Koivunen got separated from his unit and survived for weeks inside the Arctic Circle without food or shelter — fueled by a dose of meth large enough for 30 men. 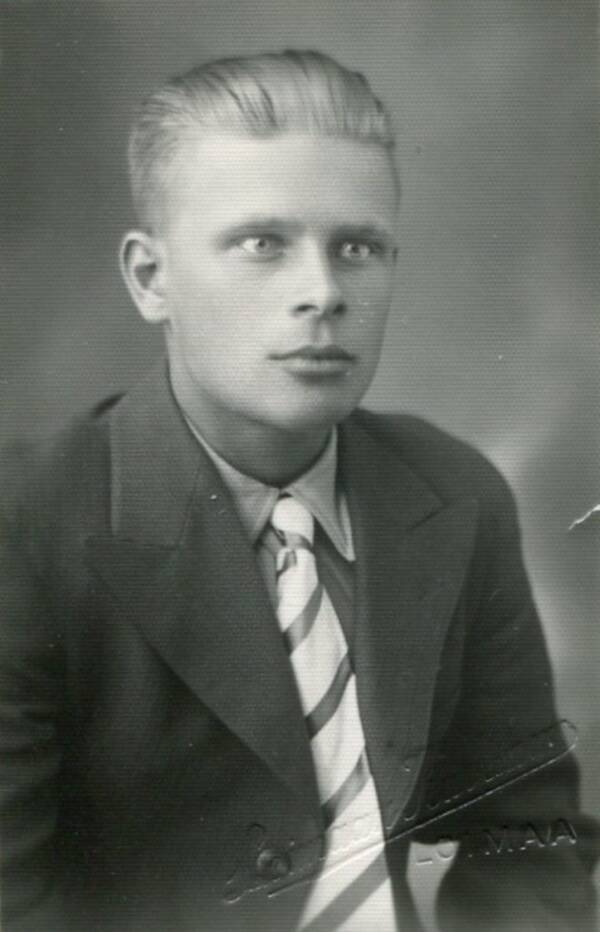 Over the course of World War II, Finland staved off a Soviet invasion, allied with Germany to invade the Soviet Union, and then fought with the Allies against Germany. And soldier Aimo Koivunen’s meth-fueled survival story breathtakingly embodies that chaos.

While fleeing a Soviet ambush, Koivunen took a near-lethal overdose of methamphetamine. The drugs helped Koivunen cover hundreds of miles of ground – but they nearly killed him in the process.

Heavy snow covered the ground in Lapland on March 18, 1944. Finnish soldiers had been fighting for their country for over four years of nearly uninterrupted war. Deep behind enemy lines, one Finnish ski patrol found itself surrounded by Soviets.

Gunfire broke the silence. Men scrambled for safety. The ambush turned into a race for survival as the Finnish troops fled on skis. 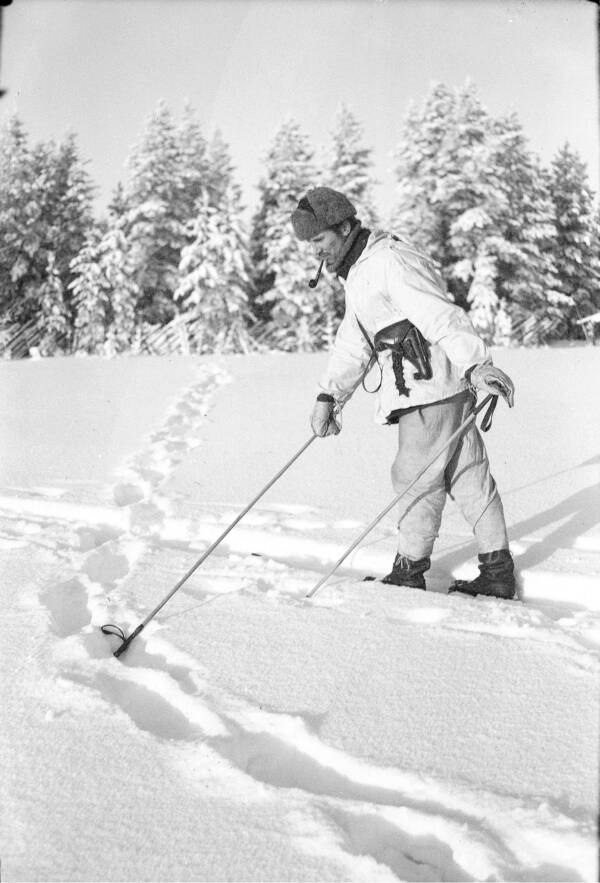 Aimo Koivunen led the Finnish skiers through deep, untouched snow. Koivunen’s fellow soldiers relied on him to cut the tracks for the rest of the troops to glide across. The grueling work quickly drained Koivunen — until he remembered the package of pills in his pocket.

Back in Finland, the squad had received a ration of a stimulant called Pervitin. The tablets would give soldiers a burst of energy, commanders promised. Koivunen initially resisted taking the drug. But his men were in desperate circumstances.

So Koivunen reached into his pocket and pulled out the stimulants.

By chance, Koivunen carried the Pervitin supply for his entire squad. Still fleeing the Soviets, pressing through the snow, Koivunen struggled to pop a single pill in his mouth. The thick mittens meant to protect him from arctic conditions made it impossible to take a single dose of Pervitin.

Rather than stop to parse out the recommended dose, Aimo Koivunen downed 30 pills of pure methamphetamine.

Immediately, Koivunen began skiing much faster. His squad matched his pace initially. And the Soviets fell back, unable to keep up with the new pace.

Then Koivunen’s vision went blurry and he lost consciousness. But he did not stop skiing. In a blackout state, Koivunen continued to cut through the snow.

The next day, the soldier’s awareness returned. Koivunen discovered that he had crossed 100 kilometers. He was also completely alone.

Aimo Koivunen had covered 100 kilometers of snow while high on meth. And when he regained consciousness, he was still under the influence.

His squad had fallen behind, leaving him alone. That did not bode well for Koivunen, who had no ammunition or food. All he had was skis and a meth-induced burst of energy. 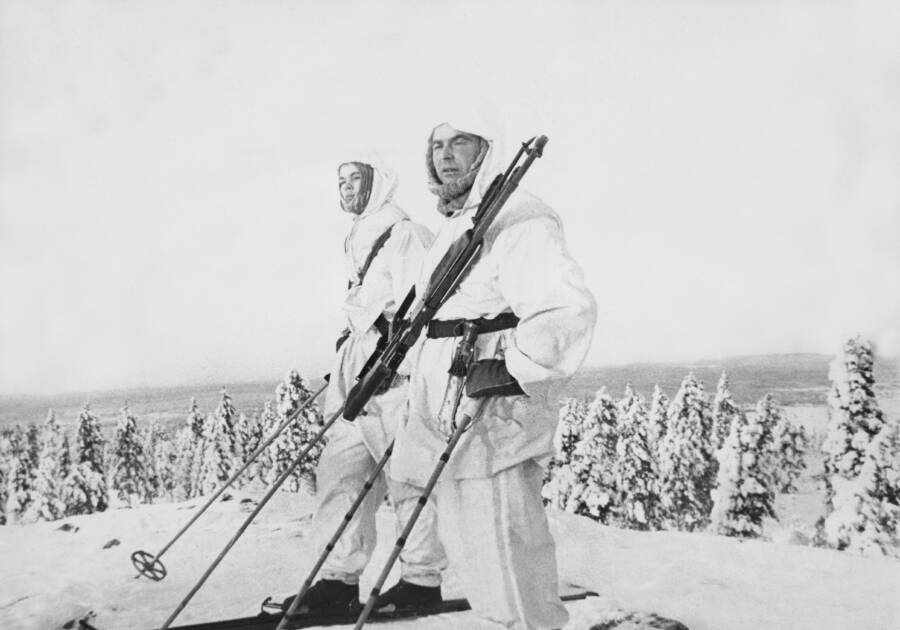 He soon learned that the Soviets had not given up the chase. During his long trek, Koivunen ran into Soviet troops several times.

He also skied over a landmine. By chance, the exploding landmine started a fire. Somehow, Koivunen survived the explosion and the fire.

Still, the landmine left Koivunen injured and delirious. He lay on the ground, drifting in and out of consciousness, waiting for help. Unless he moved soon, freezing temperatures would kill Koivunen. Fueled by meth, the Finnish soldier got back on his skis and kept going.

As the days passed, Koivunen’s appetite slowly returned. While the mega-dose of meth had suppressed the soldier’s desire to eat, hunger pains eventually brought his situation in stark relief.

Winter in Lapland left few options for the soldier. He gnawed on pine buds to stave off hunger. One day, Koivunen managed to catch a Siberian jay and ate it raw.

At the end of his ordeal, Koivunen had crossed 400 kilometers of territory – or 250 miles. His weight dropped to only 94 pounds. And his heart rate remained a shocking 200 beats per minute.

Amphetamine Use In World War II

Aimo Koivunen was not the only World War II soldier fueled by performance-enhancing drugs. The Nazi regime also relied on drugs like methamphetamine to give its soldiers an edge.

In the days before the Nazis invaded France, commanders passed out Pervitin to millions of soldiers.

Berlin’s very own Temmler pharmaceuticals had developed Pervitin in 1938. The pill, essentially a swallowable form of crystal meth, cured depression, the pharmaceutical company claimed. For a brief time, Germans could buy the “energy pills” over the counter. 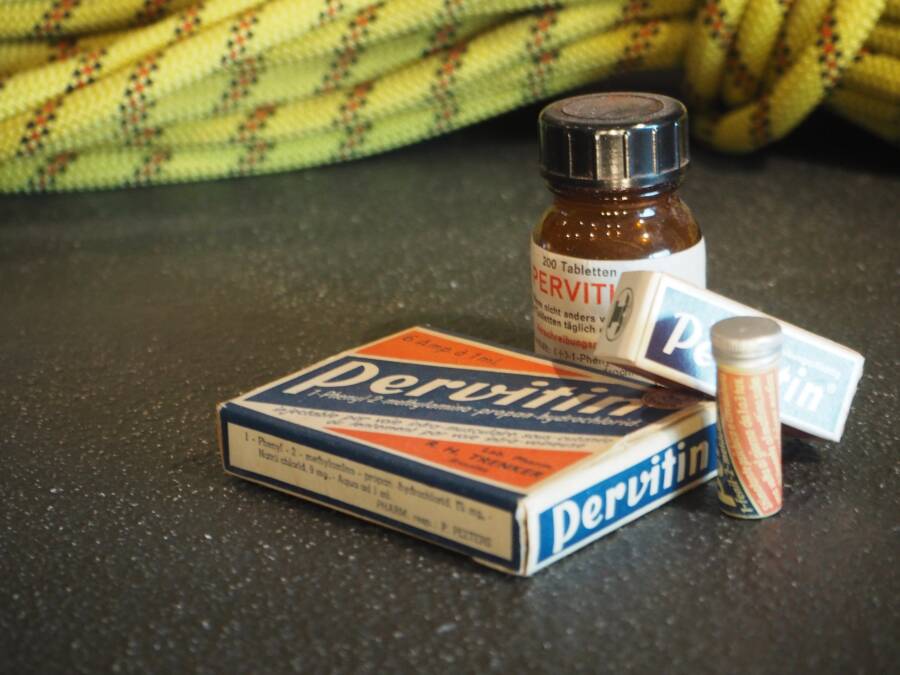 Wikimedia CommonsArmies handed out Pervitin, made of methamphetamine, to troops in World War II.

The drug gave the Nazis an edge. Soldiers could suddenly march through the night without sleep. Eager to make use of methamphetamines, the Nazis issued a “stimulant decree” in the spring of 1940. The decree sent 35 million doses of meth to the front lines.

And the Allied troops also popped amphetamines as a way to stave off fatigue during combat. Doses of speed kept soldiers awake during the war.

In spite of millions of doses of meth and speed handed out during the war, Aimo Koivunen was the only soldier known to survive an overdose of meth behind enemy lines. Not only that, Koivunen survived the war and lived into his 70s.

After reading about Aimo Koivunen, read about amphetamine use during the war, and then learn about Theodor Morell, the doctor who kept Adolf Hitler full of drugs.