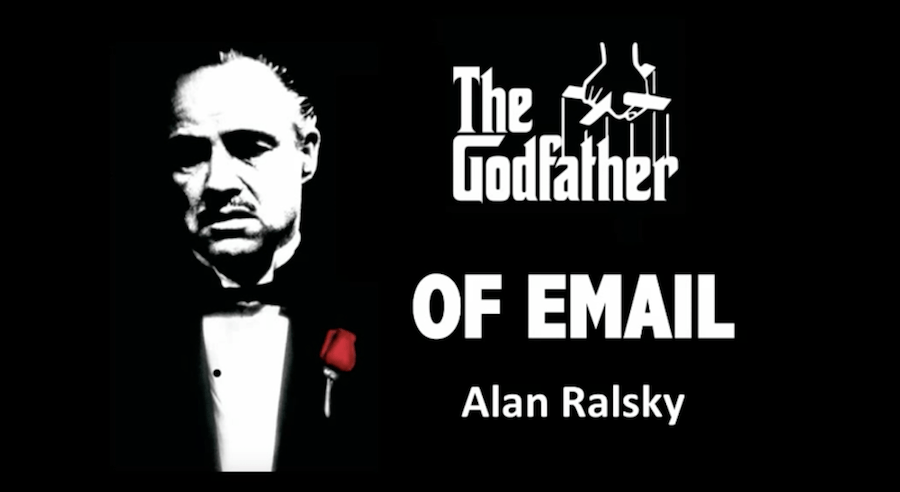 Alan Ralsky, “Godfather of Spam,” millionaire, and convict, his story is one of rags-to-riches. In the worst way possible.

Alan Ralsky began his spamming career in 1996. After his licenses to sell insurance were revoked, he sold his car to purchase two computers and taught himself how to use them.

Ralsky then began making money through pump and dump schemes. He would acquire a large volume of penny stocks or stocks in obscure or phony companies with no real potential for prospects. He’d then send bulk emails, spamming millions of people’s inboxes in order to place the phony stocks in as many custom accounts as he could.

The subject of the emails would usually be something along the lines of a new “Internet IPO!!!!!” That stands for Initial Public Offering and it’s when a previously private company first becomes public, meaning stocks can be sold and shares can be traded on the open market.

People would buy into these newly available stocks, and the large volume of sales pumped up the price of the stocks.

Once the stocks reached the maximum amount of shares sold with no more potential buyers, Alan Ralsky would “dump” his shares, earning a massive profit at the expensive of all the vulnerable people who bought into his scheme.

It was a complete fraud. And Alan Ralsky ran his fraudulent operation with the sophistication of a real business. Beginning as a small-time operator, he grew to be one of the internet’s biggest spamsters.

He called himself the chief executive while his son-in-law, Scott Bradley, was the chief financial officer. William Neil was the chief operating officer and registered many of the hundreds of fake domain names the “company” used. They were some pretty legit sounding titles. For a totally fraudulent operation.

The spamming scheme became a global effort. Ralsky and Bradley lived in Michigan. But others on their team operated out of New York, California, Brazil, and even Hong Kong, with A CEO in China.

Alan Ralsky was eventually capable of sending a billion emails a day, making a fortune from doing so.

Unlike many spammers, Ralsky, who claimed he was just a commercial e-mailer, was open to interviews with the media. An article in a local Detroit paper from 2002 spotlighted Ralsky’s giant mansion and rich and famous lifestyle, which brought him public attention and scrutiny.

After it was published, someone posted a link to the article on a forum on the social news website Slashdot. The user commented, “Here’s another story about a millionaire spammer who thinks he is doing nothing wrong and can’t wait to get his hands on the next generation of spamming software.”

It didn’t take long for other angry users fed up with email scams and spams to formulate a plan. Shortly after, Ralsky was flooded with unwanted correspondence. The users from the Slashdot thread had found and published his address. They then proceeded to sign him up for every form of junk mail they could think of.

“They’ve signed me up for every advertising campaign and mailing list there is. These people are out of their minds. They’re harassing me,” Ralsky told reporters at the Detroit Free Press.

As sweet of a revenge as it was, it was just a glimmer of the reality that was about to hit Ralksy and his co-conspirators.

Between May 1, 2005, and Dec 1, 2005, the morally bankrupt team earned over $2.6 million in revenue. But at the same time, an elaborate investigation was underway. The FBI, the U.S. Postal Inspection Service, and the Internal Revenue Service spent three years untangling the illegal activity that Alan Ralsky had been wrapping himself up in. 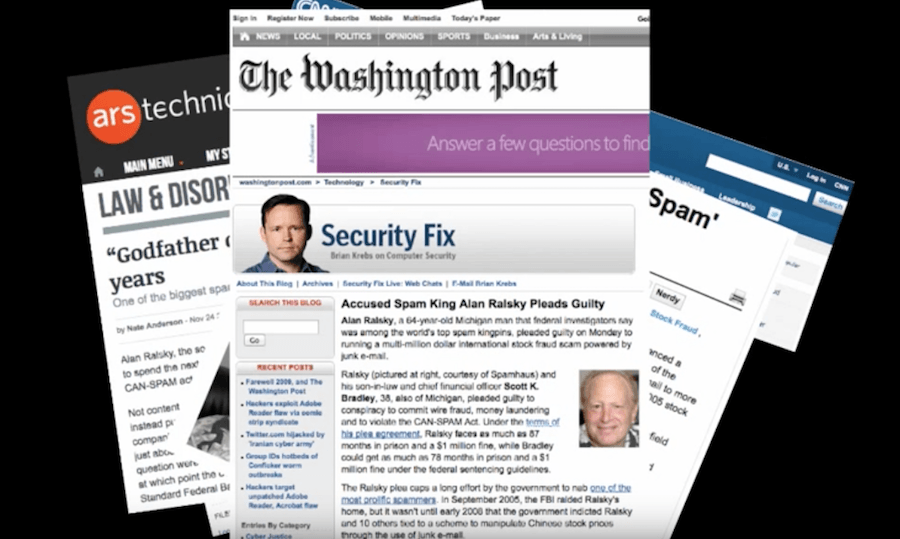 In early 2008, Ralsky and ten others were indicted based on the findings of the investigation. An arraignment took place soon after. On June 22, 2009, Alan Ralsky pleaded guilty to wire fraud, mail fraud, and money laundering. They also found that he had violated the 2003 Controlling the Assault of Non-Solicited Pornography And Marketing Act, also known as CAN-SPAM.

On November 23, 2009, as a result of schemes he created to illegally take money from others through known deception via wire communications, and hiding the profits from his illegal activities in a way that made the profits look like legitimate assets, Alan Ralsky was sentenced to four years and three months in jail. Plus a fine for $250,000.

He was released in Septemeber 2012.

Next you can ready about Victor Lustig, the conman man who sold the Eiffel Tower twice. Then you can learn about the the Antwerp Diamond Heist.