How Did People Wake Up Before Alarm Clocks?

Even though waking up is the least enjoyable event of the day, humans sure have come up with a lot of ways to summon it. 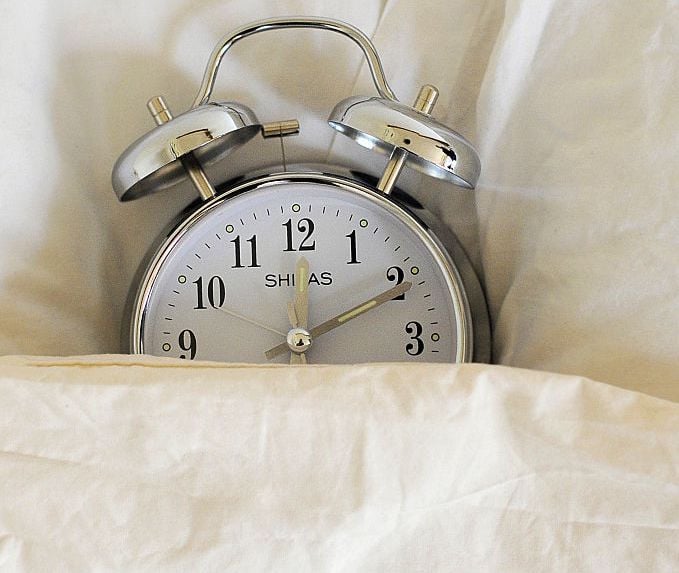 At times, people may appear more divided than thy are united, but one universal truth has stood the test of time: getting out of bed in the morning sucks.

Today, we have iPhone alarms, flying alarm clocks, and even alarms that won’t shut up until you solve a puzzle, all to help us with the most unpleasant daily ritual.

But how did people start their day before the first alarm clock was invented in 1787? Turns out, people have always been creative when coaxing themselves out from under the covers.

If you’re thinking, “Well, there have always been roosters,” you’re right — but they’re not always the most reliable time piece.

Contrary to the belief of anyone who hasn’t spent time on a farm, roosters make for terrible alarm clocks. They will crow about anything at anytime, which makes them difficult to set your watch by.

That’s why Yi Zing, a Chinese monk, mathematician, engineer, and astronomer, built a complicated clock in 725 that caused gongs to ring at various hours.

Still, the “Water-Driven Spherical Bird’s-Eye-View Map of the Heaven” wouldn’t really work for your average bedside table, since the machine featured a huge water wheel that — when it turned certain gears — would set off elaborate puppet shows and chimes.

The Need to Pee

Indigenous American warriors used their bladder to rise in the morning. According to Stanley Vestal’s 1984 book, Warpath: The True Story of the Fighting Sioux Told in a Biography of Chief White Bull, “Indian warriors could determine in advance their hour of rising by regulating the amount of water drunk before going to bed.”

This technique could also work for anyone who overuses their snooze button. 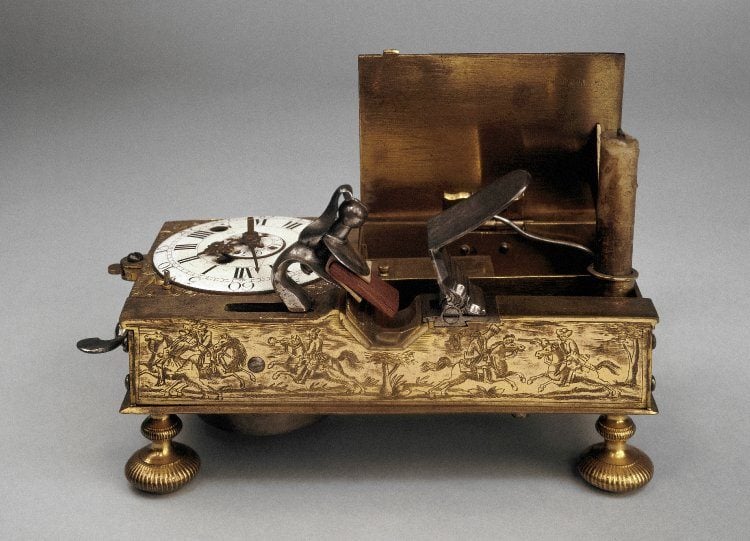 In the 18th century, people who needed both aural and visual stimulants to drag them from their dreams could rely on the flintlock alarm.

When the clock inside the Austria-invented contraption hit a certain hour, a bell would sound, which would activate a mechanism to strike the flint within the machine. The spark from the flint would then light a candle, which — along with the box’s lid — was set on a spring to automatically rise up into a vertical position.

Assuming this complicated series of events didn’t result in a blazing house fire, it sounds like it could have been a lovely way to start the day.

In 1787, American inventor Levi Hutchins created the earliest known personal alarm clock. The only problem was, it could only go off at 4 a.m.

Unconcerned with the commercial potential of his device, Hutchins did not bother to acquire a patent nor did he make the timer adjustable. As long as he was up before sunrise everyday, he was happy. 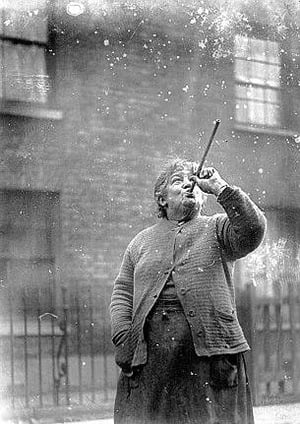 No, this has nothing to do with anyone getting “knocked up.”

Though personal alarm clocks were eventually patented in Europe in 1847 (and 1876 in America), they didn’t really catch on until later. They just weren’t that necessary when knocker uppers roamed the streets.

Working in Britain and Ireland as late as the 1970s, these professional human alarm clocks would tap on their customers’ bedroom windows until they were positive the person was awake.

Since their services were more affordable than purchasing an expensive watch, the trade began and became widespread during the Industrial Revolution.

Knocker uppers would use soft hammers, long poles with knobs on the end, or – if the bedroom was very hard to reach from the ground – they’d shoot dried peas out of straws to tap their customers’ windows.

But who woke up the knocker uppers? That was a mystery.

Try saying that three times fast early in the morning.

Next, read about 11 of history’s strangest inventions, or six completely accidental inventions.