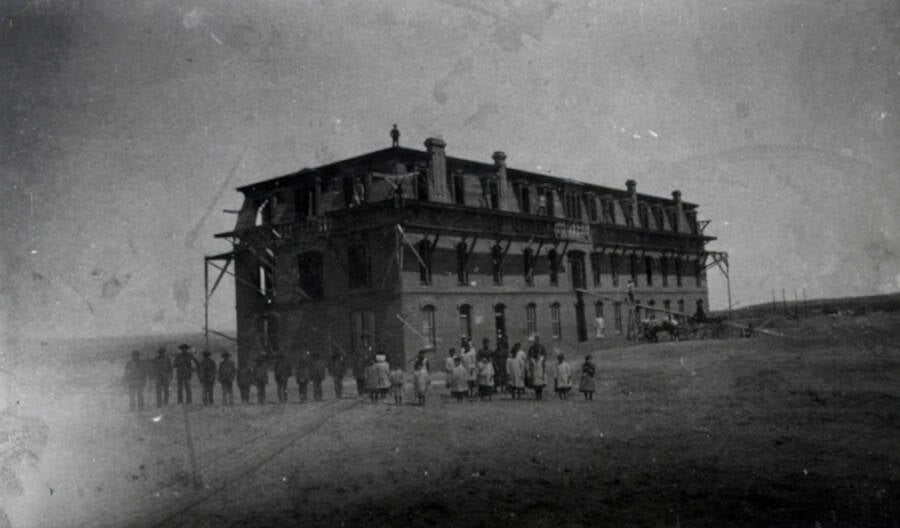 Albuquerque Museum, gift of Center for Southwest Research, University Libraries, University of New MexicoStudents standing in front of the Albuquerque Indian School circa 1880.

Throughout summer 2021, indigenous people in Canada used ground-penetrating radar at former “Indian” schools to discover the bodies of hundreds of missing students. Now, the city of Albuquerque is determined to do the same on the grounds of the defunct Albuquerque Indian School.

“This is important because we have an opportunity to learn and understand from our collective history and make meaningful change,” explained Rebecca Riley, a member of Albuquerque’s Commission on American Indian and Alaska Native Affairs.

“We deserve to understand the truth, determine our steps forward, and owe the Native children and staff who never returned home to do better.”

Unlike the Canadian Indian Residential Schools, where the existence of bodies was at first only a rumor, city officials in Albuquerque have long known about skeletons on the grounds of the Albuquerque Indian School.

A bronze plaque even marked the former cemetery in Albuquerque’s 4-H Park. But it wasn’t until the plaque went missing in July 2021 that indigenous advocates brought renewed attention to the cemetery.

They built a makeshift memorial with flowers and orange flags — the color of which represents the movement to reexamine the Indian Residential Schools — and demanded answers about what had happened to Native American children in Albuquerque. 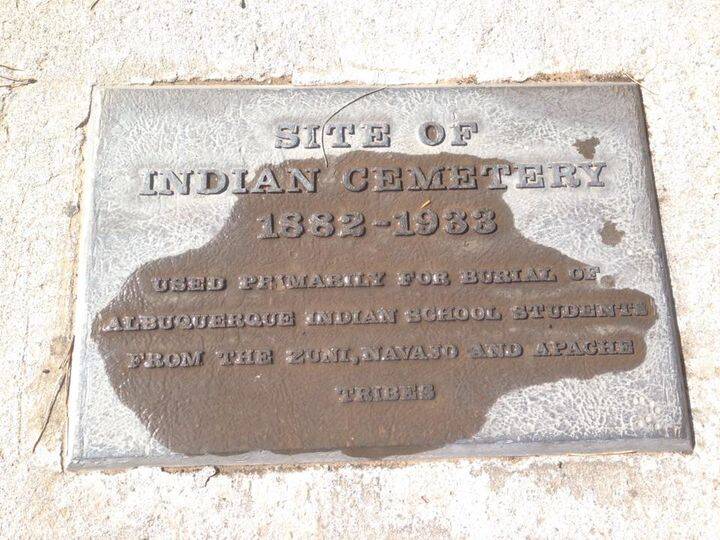 RedditThe plaque was stolen earlier this year, bringing renewed attention to the site.

As a result, the city of Albuquerque offered an official apology and will use ground-penetrating radar to further investigate the site.

City Mayor Tim Keller also acknowledged “how damaging these efforts were to remove Native American children from their families to be assimilated at boarding schools.”

He added, “In the years that followed that tragic era, the city should have done better in honoring the significance of this site in step with the Native American community.”

The Albuquerque Indian School was founded by the Presbyterian Church in 1881. Like schools around the United States and Canada, it aimed to “kill the Indian, save the man” by forcibly assimilating Native American children. The federal government took over the school in 1886 and oversaw its operations until the 1980s.

“The purpose of the boarding schools was to forcibly remove children from their families and communities and relocate them to distant residential facilities. In an effort to deliberately eradicate language, beliefs, culture, and identities,” explained Dawn Begay, the Native American Affairs Coordinator with the city of Albuquerque. 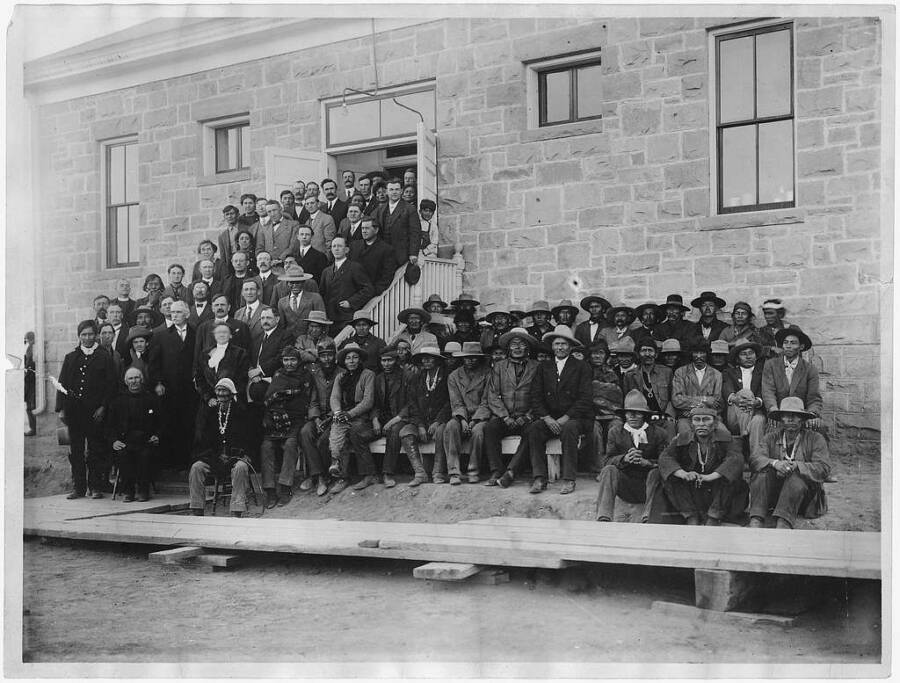 During that time, scores of children from the Navajo Nation, Zuni Pueblo, and Apache tribes died while in school. Many succumbed to diseases like influenza, scarlet fever, and measles and were buried on school grounds.

As time passed, local construction projects routinely churned up bones and artifacts, including the bones of children and a baby in 1973. But few questioned it. “The police just told us to put the bones and the jewelry back,” recalled Albuquerque resident Rudy Martinez.

The city acknowledged the cemetery with a plaque in 1995. But it wasn’t until the plaque went missing that activists began refocusing on the site.

Now, the city plans to work with an archeologist to systematically identify the bodies in the park. Who were the children, and how did they die? For Native American families across the state — indeed, across North America — these are searingly painful questions.

“These atrocities — people talk about them like they’re in the past,” said Jovita Belgarde, a member of the Coalition to Stop Violence Against Native Women, a group that urged the city to investigate the cemetery.

“These are not the distant past. These actions left deep scars for many of our elders, our families, our friends … and many people have not had any support to heal that trauma and have had to live with this pain and silence for generations.”

Hopefully, the recovery and acknowledgment of the bodies from Albuquerque Indian School will help bring some closure to Native American families in New Mexico.

After reading about the search for answers at New Mexico’s Albuquerque Indian School, learn about the indigenous remains found at Canada’s Kamloops Indian Residential School. Or discover the shocking story of how indigenous activists found hundreds of bodies at Canada’s Marieval School.