Discovered near Alaska's Horseshoe Lake in 1984, Robin Pelkey was buried anonymously as "Horseshoe Harriet." But now, after 37 years, she's finally been identified. 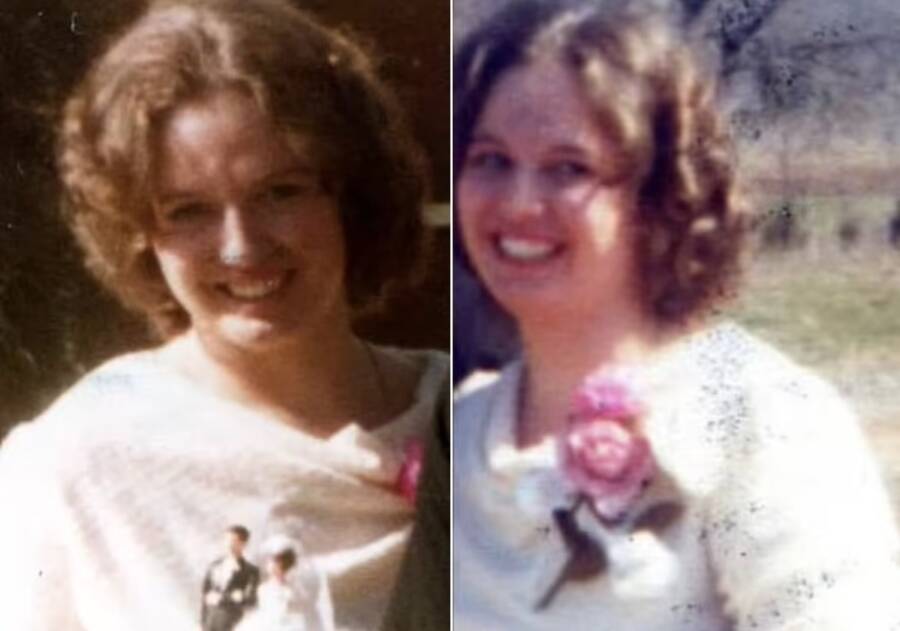 Alaska State TroopersRobin Pelkey was 19 years old and living on the streets of Anchorage when Robert Hansen abducted her.

When Alaskan authorities arrested serial killer Robert Hansen in 1983, he confessed to 17 murders. Hansen had abducted and raped sex workers for years, only to let them loose in the wilderness to hunt for sport. Only a dozen of those bodies have ever been found, with the 11th victim finally now identified after 37 long years.

According to AP News, the Alaska Bureau of Investigation’s Cold Case Investigation Unit announced the victim’s true name on Friday. Identified as Robin Pelkey through genetic genealogy and a positive DNA match, the 19-year-old woman had been living on the streets of Anchorage when Hansen abducted, raped, and killed her.

At the time, construction of the 800-mile trans-Alaska pipeline had wrought an influx of workers to the region. Many women began to vanish, with Hansen ultimately identified as the reason. While he showed investigators where he buried their bodies, many hadn’t been reported missing and very few had identifying items on their person.

Pelkey’s remains were found near Horseshoe Lake outside of Anchorage. Her 1984 autopsy revealed only that she was a white female between 17 and 23 years old. For nearly four decades, she was known only as “Horseshoe Harriet” and buried in an unmarked grave — until modern science finally provided answers. 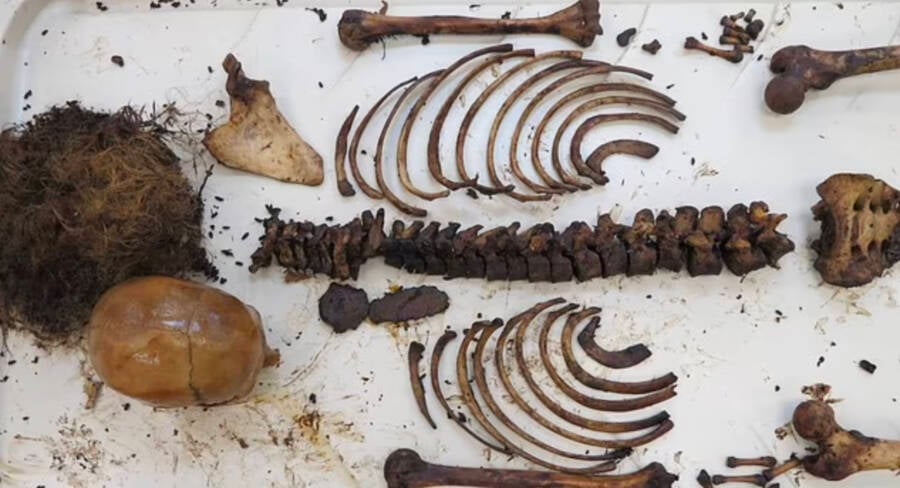 Before the press dubbed him the “Butcher Baker,” Hansen was an unsuspecting bakery owner. Born in Iowa, he developed a stutter in childhood and was routinely bullied for it. Determined to be respected, he joined the United States Army Reserve as an adult and even got married — but continued to feel wronged.

Hansen had learned how to hunt in his youth, and would use those skills to macabre ends when his life fell apart. He was 21 years old when he burned down a school bus garage and his wife divorced him during a 20-month prison stint. He would remarry, however, and moved to Anchorage to open a bakery in 1967.

The newfound father was arrested for abducting and raping a housewife and raping a prostitute in 1972. Remarkably, he remained a free man and began a decade-long killing spree the following year. A capable pilot, he would fly his abducted victims to a cabin in Matanuska-Susitna Valley 35 miles outside of Anchorage.

The economic boom in Anchorage had made it a haven for sex workers and drug dealers from out of state. Hansen had initially targeted any woman he found attractive, but soon honed in on prostitutes — whose disappearances were often disregarded due to prejudices of the time that remain to this day. 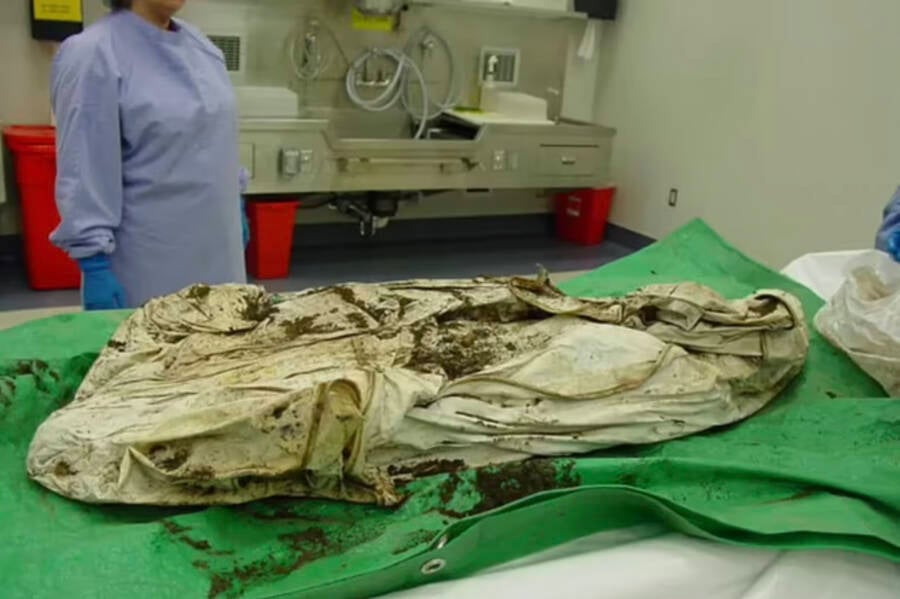 Hansen was already a suspect due to his egregious criminal record, but authorities wanted an airtight case before arresting him. That’s when FBI agent John Douglas stepped in and created a psychological profile of the killer. It posited he was a skilled hunter, had a history of female rejection, low self-esteem, and a stutter.

With Hansen owning a plane and cabin in the region in question, police saw him as a match and obtained a warrant to search his home. They not only found a map containing 17 “X’s” where police found bodies, but a rifle that matched the shell casings recovered from the scenes. In 1984, Hansen confessed to 17 murders and 30 rapes.

Facing 461 years and life in prison, Hansen took a plea deal which saw him charged with only four murders in exchange for showing investigators where he buried the remaining bodies. Ultimately, Alaska State Troopers only managed to find the remains of 12 women in total — including Pelkey, known as Horseshoe Harriet at the time, and “Eklutna Annie.”

The latter was named after Eklutna Lake and remains unidentified. As for Pelkey, Hansen only revealed after his arrest that she was a sex worker he abducted in downtown Anchorage in 1983. He didn’t even know her name when he flew her to his cabin and killed her. She was buried anonymously, and Hansen died in 2014. 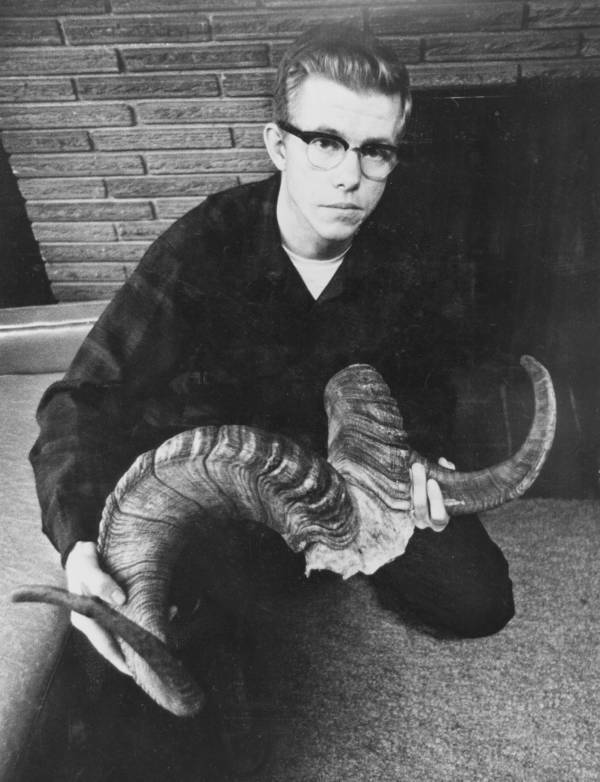 Anchorage Daily News/Tribune News Service/Getty ImagesRobert Hansen with one of his many hunting trophies.

In the same year as the death of her killer, Pelkey’s body was exhumed from the Anchorage municipal cemetery. Samples were taken to create a DNA profile, but the FBI’s national missing person database didn’t yield any matches. In September 2020, authorities took a bone sample and uploaded her DNA profile to a public access genealogy database.

At long last, authorities found close matches and created a family tree. The results showed the victim might be a woman named Robin Pelkey who was born in Colorado in 1963. When troopers located her relatives, they confirmed Pelkey had lived in Anchorage in the late 1970s and early 1980s — only to vanish by 1983.

“I would like to thank all the troopers, investigators, and analysts that have diligently worked on this case over the last 37 years,” said Alaska Department of Public Safety Commissioner James Cockrell. “Without their hard work and tenacity, the identity of Ms. Pelkey may have never been known.”

Tragically, Pelkey’s parents hadn’t even reported her missing when she disappeared and went to their graves not knowing what became of her. Ultimately, only one of the 12 located victims of Robert Hansen remains unidentified, with Alaska State Trooper cold case investigator Randy McPherron eager for closure:

“We really got our fingers crossed that we may know, find out who Eklutna Annie is.”

After reading about “Horseshoe Harriet” being identified after 37 years, learn about the hammer-wielding pedophile hunter known as the “Alaskan Avenger.” Then, read about 33 of the worst serial killers in recorded history.