Inside The Brutal Murders Of Robert Ben Rhoades, The Truck Stop Killer

Though Robert Ben Rhoades is behind bars for three murders, authorities believe that the Truck Stop Killer may have killed as many as 50 women while out on the road.

On April 1, 1990, a state trooper of the Arizona Highway Patrol Division spotted a tractor-trailer on the shoulder of the highway. He approached the vehicle to see if the driver needed any assistance. What the trooper stumbled upon was a scene out of a horror movie.

Chained up inside the truck was a nude young woman with a gag over her mouth and a terrified look on her face. The truck’s driver, Robert Ben Rhoades, tried to explain that it was a private, consensual matter. 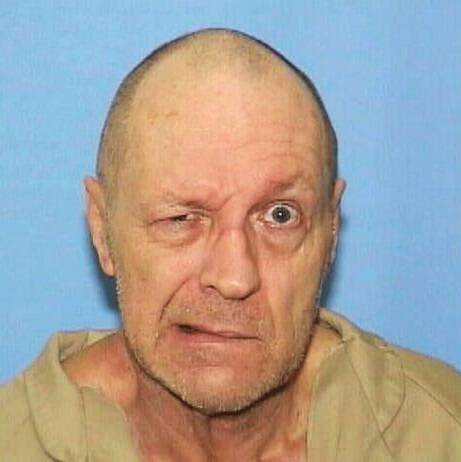 Public DomainBetween 1975 and 1990, Robert Ben Rhoades, a.k.a. the Truck Stop Killer, may have killed as many as 50 victims.

But the trooper wasn’t convinced and soon placed Rhoades under arrest. While waiting for backup, he discovered a .25 caliber automatic pistol in Rhoades’ possession.

At the time, Rhoades faced only kidnapping and assault charges. But as authorities would soon learn, Robert Ben Rhoades, a.k.a. the Truck Stop Killer, was actually one of the most dangerous sex offenders and serial killers in American history.

The Brutal Murders Of The Truck Stop Killer 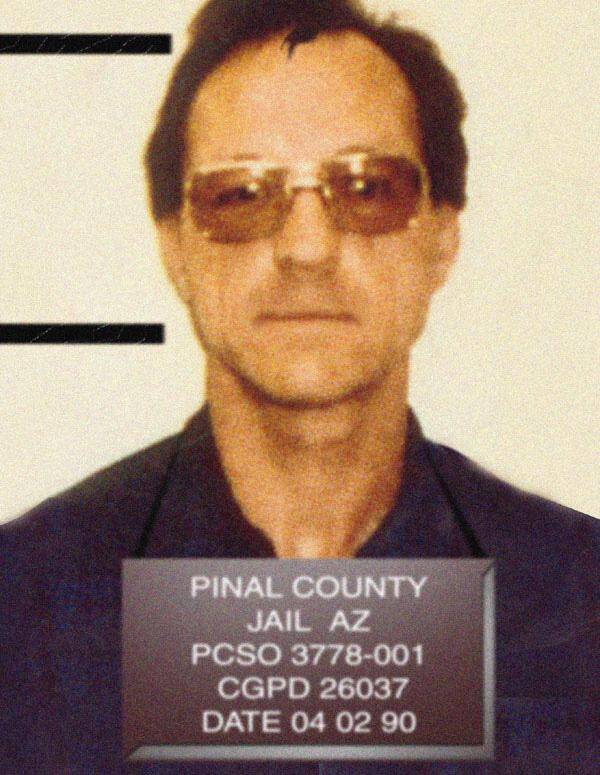 Born November 22, 1945 in Council Bluffs, Iowa, Robert Ben Rhoades was in trouble with the law almost from the start. While in high school, he was arrested for tampering with a vehicle and then again for fighting in public before he joined the Marines.

Soon after, in 1964, his father was arrested for molesting a 12-year-old girl and committed suicide before the trial. A few years later, Rhoades himself was back in trouble with the law for a robbery that saw him dishonorably discharged from the Marines.

By the 1970s, Rhoades had found work as a truck driver. What the authorities learned much later is that, while out on the road, the Truck Stop Killer tortured, raped, and killed as many as 50 women. He even took photos of some of his victims before murdering them.

It’s presumed that his actual first murder happened long before, but Robert Ben Rhoades’ first confirmed murders happened in January of 1990. After he was arrested in Arizona in April of that year, he confessed to the murders of newlyweds Patricia Walsh and Douglas Zyskowski. The couple had left Seattle in November of 1989 and were hitchhiking to Georgia, preaching the Christian gospel.

The Truck Stop Killer picked them up in Texas and killed Zyskowski immediately. However, he held Walsh prisoner for more than a week, during which time he tortured and raped her repeatedly before shooting her to death.

Authorities found Zyskowski’s body near Interstate 10 east of Ozona, Texas later in January, though it wasn’t identified until 1992. However, it took almost 13 years for the authorities to identify Walsh’s remains after deer hunters found her body near the mouth of a canyon in Millard Country, Utah, identifiable only by dental records.

Committed soon after he dispatched the newlyweds, the crime that ultimately earned the Truck Stop Killer a life sentence was the rape and murder of Regina Kay Walters. The 14-year-old from Pasadena, Texas was hitchhiking with her boyfriend, Ricky Jones, when Rhoades picked them up in February of 1990. 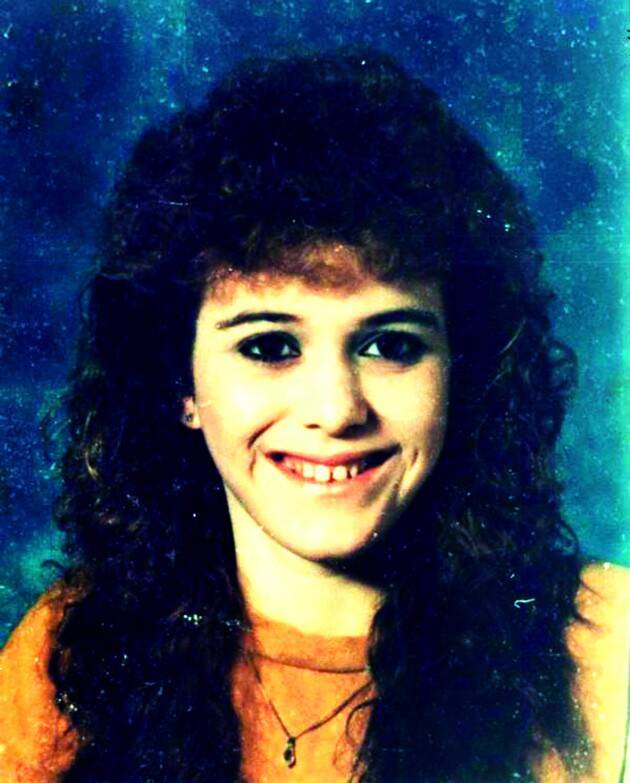 YouTube Regina Kay Walters before Robert Rhoades cut off her hair while holding her captive.

Rhoades promptly killed Jones (whose remains were later found in Mississippi), but he kept Walters hostage for several weeks or more in what’s been called his “traveling torture chamber.”

Meanwhile, he took several photos of her as he held her captive. Photographic evidence seized during a search of Rhoades’ home revealed photos showing different lengths of Walters’ hair growth and various bruising, indicating that he held her for a substantial amount of time.

During Walters’ imprisonment, Rhoades would even call her father from payphones. On one call, he told Walters’ father that he cut her hair. 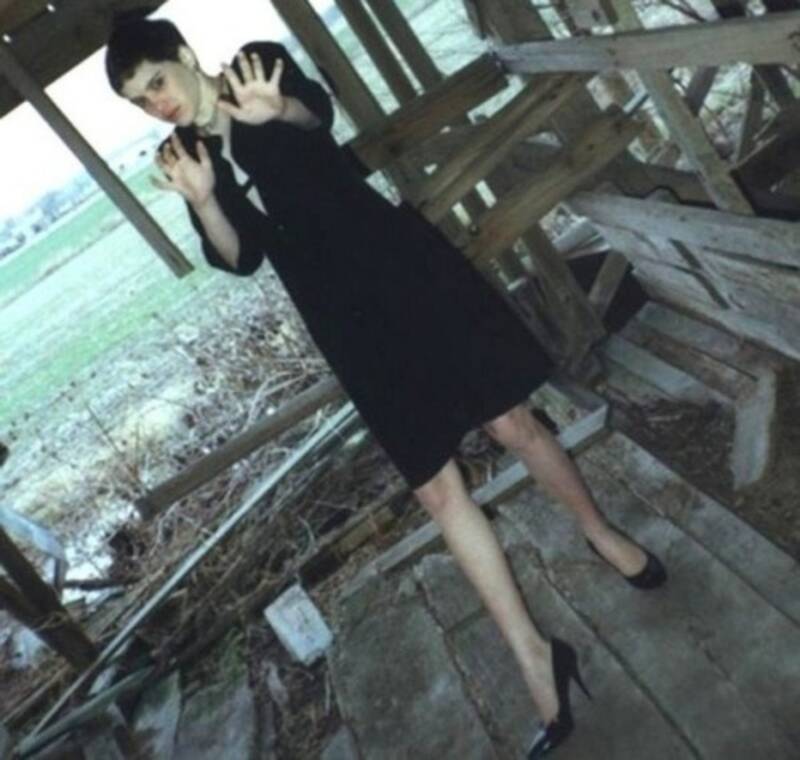 After torturing her with fishing hooks and other assorted instruments, Rhoades took one final set of photos of Walters just before killing her with a baling wire garrote. Afterward, he threw her body in a barn off of Interstate 70 in Illinois, where it was found in September. By then, the Truck Stop Killer had been in custody for about five months, but the book on his reign of terror was hardly closed.

Once Behind Bars, Robert Ben Rhoades Confessed To Even More Killings

Robert Ben Rhoades was convicted for the Walters murder in 1994 and sentenced to life behind bars in Illinois, but authorities couldn’t get him for anything else for a long time. After he began serving his sentence, however, he started confessing to other murders committed during his long life on the road.

For one, he only faced consequences for the murders of Walsh and Zyskowski in 2012, more than 20 years after the crimes were committed. After a years-long pre-trial period, the Truck Stop Killer pleaded guilty to both murders and received another life sentence as part of a deal with prosecutors to avoid the death penalty.

According to District Attorney Steve Smith, “I’ve been a prosecutor since 1979 and it was one of the rare occasions when I was in the court where the defendant walked in and you felt the evil. The hairs on my arm stand up right now talking about it.”

Other prosecutors and cops who worked the Truck Stop Killer case over the years likewise felt Rhoades’ evil. Though such allegations have never been confirmed, the authorities widely suspect that Rhoades actually killed dozens of women.

Law enforcement cross-referenced his trucking logs with records of young women that went missing over a 15-year span when he was believed to be active, ultimately suggesting that he was responsible for some 50 murders, or as many as one to three women a month during his peak.

But without confessions or hard evidence, we may never know many people the Truck Stop Killer murdered during his bloody reign all those years ago.

The Woman Who Got Away From The Truck Stop Killer 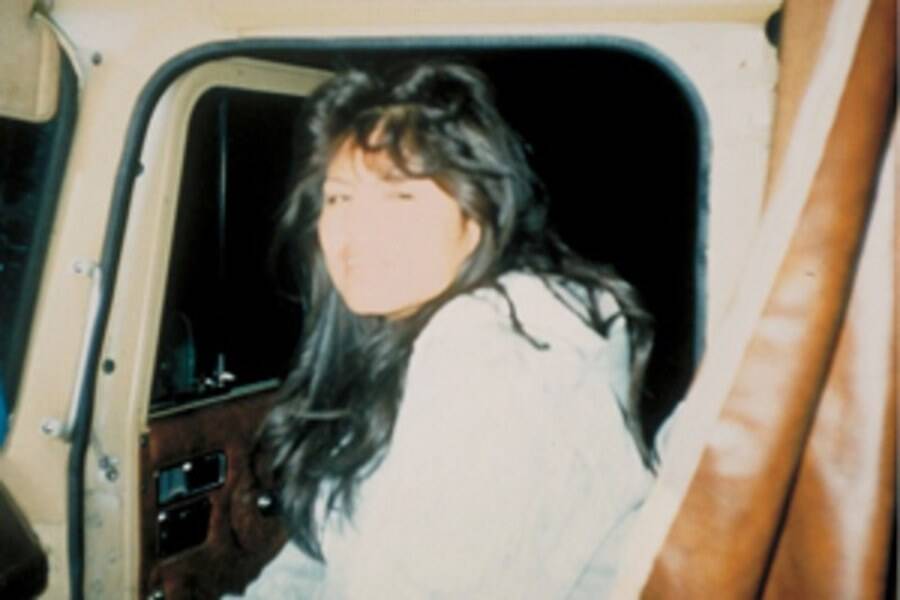 While authorities suspect that there are dozens of unsolved murders hiding within Robert Ben Rhoades’ tale, one recently-surfaced story from his past had something of a happy ending.

In 2015, several law enforcement agencies shared a photo of a young woman taken by Rhoades inside his truck in 1985 on Facebook. It was on the same roll as the shots of Regina Kay Walters. The authorities figured the woman was another victim of the Truck Stop Killer and were looking to identify her.

But then, a woman from Saskatchewan named Pamela Milliken recognized the young woman as herself.

Milliken said that she was hitchhiking to go find her brother in Winnipeg when she ended up in Rhoades’ truck. When he snapped a photo of her just after she got in, she asked why and he told her that he kept photos of his passengers so that he could show them to the cops in case anyone ever robbed him and fled.

“He told me he was going to Florida, and he wanted me to come with him,” Milliken said. “At one point, he pointed to a sign on his dashboard that said ‘CASH, GRASS or ASS — No one rides for free,” she recalled. “I didn’t have any money. I didn’t smoke pot, so I knew which one it would be.” They had what Milliken described as a consensual sexual encounter and he dropped her off at a bus depot in Winnipeg. 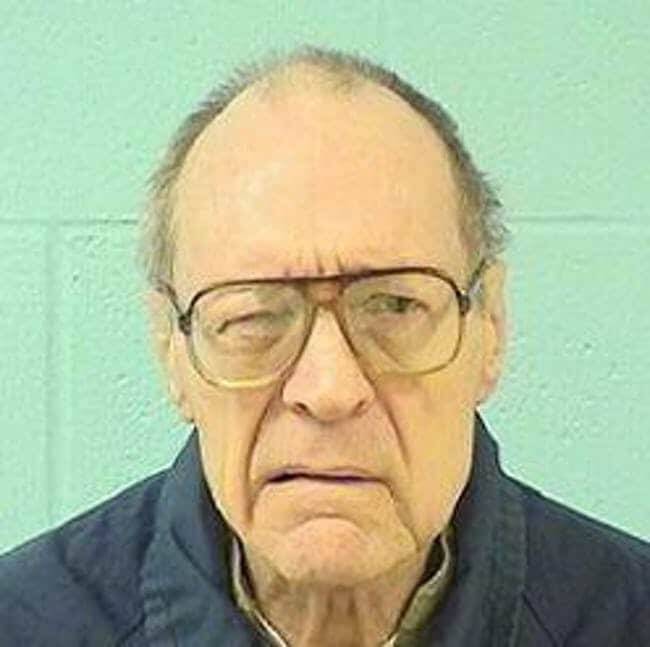 Of course, many were not as lucky as Milliken. And while the Truck Stop Killer will never see the light of day, we may never know how many lives he took.

Robert Ben Rhoades, now 74, is currently serving his two life sentences without the possibility of parole at the Menard Correctional Center in Chester, Illinois. If there are more murder confessions to make, there may be time yet for other families to find some semblance of closure and justice.

Now that you’ve read about Robert Ben Rhoades, the Truck Stop Killer, learn about Olga Hepnarova, the truck-driving mass murderess. Then, discover the most notorious serial killers in history.