Jason Vukovich: The Hammer-Wielding Pedophile-Hunter Known As The ‘Alaskan Avenger’

A victim of childhood sexual and physical abuse, Jason Vukovich decided to get revenge on sex offenders by becoming a pedophile hunter known as the "Alaskan Avenger."

In 2016, Jason Vukovich the “Alaskan Avenger” tracked down a number of sex offenders listed on the nation’s public registry — and attacked them.

Vukovich reported that he felt an “overwhelming desire to act” because of his own history of abuse at the hands of his adopted father. His quest to seek justice for others thus led him to a short career in vigilantism. 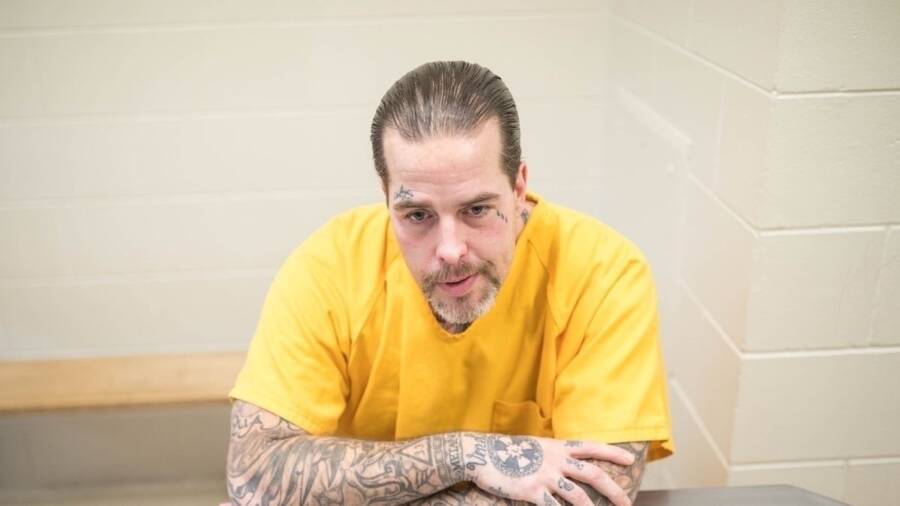 Change.orgJason Vukovich, the “Alaskan Avenger,” was sentenced to 28 years in prison.

Now in prison, the Alaskan Avenger has since publicly denounced his actions and urged victims like him to seek therapy over retribution. One of the men he attacked has stated that Vukovich should serve his prison sentence in full, while others have called for his release.

This is his controversial true story.

Jason Vukovich Was A Victim Of Childhood Sexual Abuse 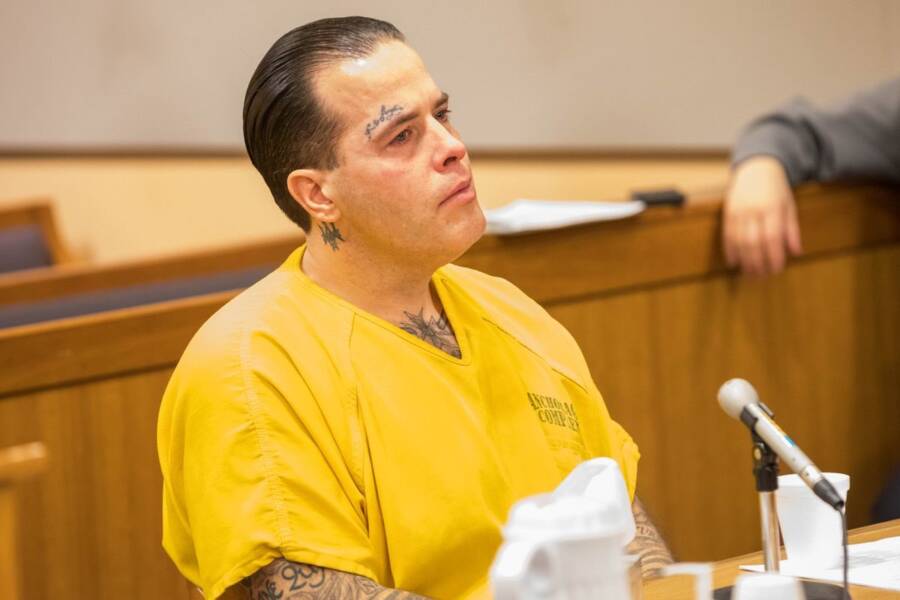 TwitterAs it stands, Jason Vukovich was sentenced to 28 years in 2018, five of which have been suspended.

Born in Anchorage, Alaska on June 25, 1975, to a single mother, Jason Vukovich was later adopted by his mother’s new husband, Larry Lee Fulton. But instead of his guardian, Fulton became Vukovich’s abuser.

“Both of my parents were dedicated Christians and had us in every church service available, two or three each week,” Vukovich later wrote in a letter to the Anchorage Daily News. “So you can imagine the horror and confusion I experienced when this man who adopted me began using late, late night ‘prayer’ sessions to molest me.”

In addition to sexual abuse, Fulton used violence against Vukovich. He beat the child with pieces of wood and whipped him with belts. Years later, at Vukovich’s trial, his brother testified about what they had suffered as boys. “We’d roll over on the bunk beds and be up against the wall,” said Joel Fulton. “It was my job to go first so he would leave Jason alone.”

Their father was charged with second-degree abuse of a minor in 1989, but he served no prison time and, according to Vukovich, no one ever came to check in on the family afterward. 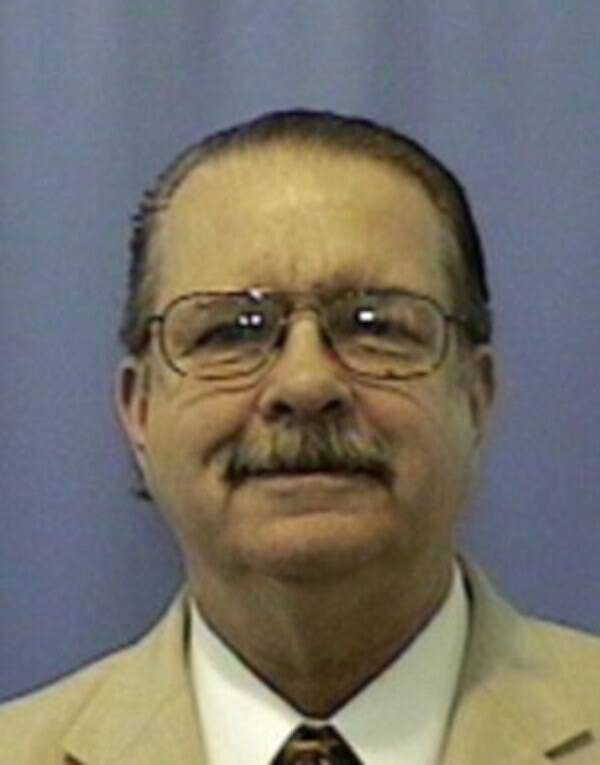 Department of Public SafetyWesley Demarest suffered a traumatic brain injury at the hands of Vukovich, which has left him struggling to form coherent sentences.

The abuse continued until Vukovich was 16 years old, at which point he and his brother ran away.

Still underage, Vukovich moved to Washington state. With no identification or financial recourse, he turned to thievery to survive and built a rap sheet with local cops. Vukovich admitted that his descent into crime fit into a cycle of self-hatred that had started during his childhood abuse.

“My silent understanding that I was worthless, a throw away… The foundations laid in my youth never went away.”

By then, Jason Vukovich had a criminal record spanning from Washington and Oregon to Idaho, Montana, and California. Around 2008, he moved back home to Alaska. There, he racked up a number of criminal charges, including theft, possession of a controlled substance, and the assault of his then-wife, which Vukovich denies.

In 2016, Vukovich’s untreated childhood trauma reached a boiling point. He began to read through the sex offender registry of Alaska and decided to get his own brand of justice.

The Alaskan Avenger’s Quest for Justice 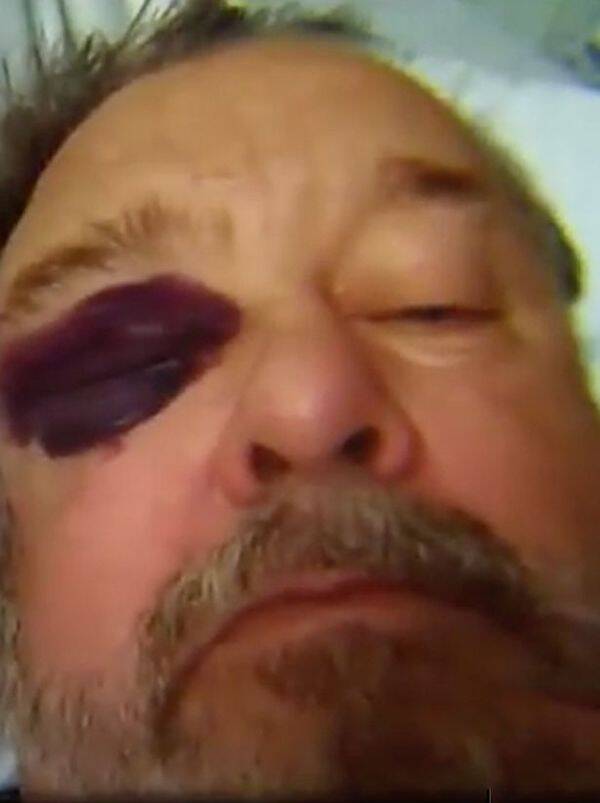 KTVADemarest has firmly stated he’d like Vukovich to remain in prison for his full sentence.

In June 2016, Jason Vukovich sought out three men who were listed in the Alaskan sex offender registry for crimes related to children. Gripping a notebook filled with the names and addresses of sex offenders he found on the public index, Vukovich targeted the homes of Charles Albee, Andres Barbosa, and Wesley Demarest.

The Alaskan Avenger knocked on Albee’s door first on the morning of June 24, 2016. He pushed the 68-year-old inside and ordered him to sit on his bed.

Vukovich slapped Albee across the face several times and told him how he’d found his address and that he knew what Albee had done. Then Vukovich simply robbed him and left.

Two days later, Vukovich used the same method to enter Barbosa’s home. This time, however, he appeared at 4 a.m. and brought two female accomplices. Vukovich threatened the 25-year-old registered pedophile with a hammer, told him to sit down, and “punched him in the face” before warning he would “bash his dome in.”

A later bail memorandum revealed that Vukovich stated he was there to “collect what Barbosa owed,” as one of the two women filmed the incident with her cellphone. Vukovich and the other woman then robbed Barbosa and stole several items including the man’s truck.

The third time Vukovich went after one of his targets, he escalated the violence.

Demarest heard somebody breaking into his home at around 1 a.m. Yet again, Vukovich had knocked on the door and then forced himself inside.

A KTVA News segment on Jason Vukovich pleading not guilty to his crimes.

Vukovich struck Demarest in the face with his hammer. During the assault, Vukovich told his victim:

“I’m an avenging angel. I’m going to mete out justice for the people you hurt.”

Jason Vukovich stole an assortment of items, including a laptop, and fled. Waking up in his own blood, Demarest called the police. It didn’t take long for authorities to find the perpetrator as Vukovich was sitting in his Honda Civic nearby with a hammer, stolen goods, and a notebook containing the names of the three assault victims.

Jason Vukovich Repents For His Actions

Jason Vukovich was arrested on the spot and later charged with 18 counts of assault, robbery, burglary, and theft. He initially pleaded not guilty but opted to make a deal with the prosecution instead. 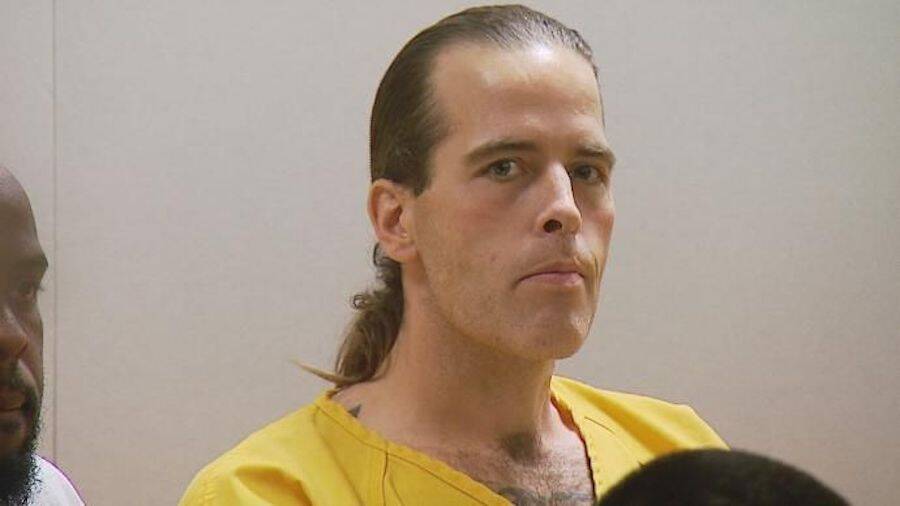 YouTubeVukovich had hoped his five-page letter in 2017 would help reduce his sentence.

Vukovich pled guilty to first-degree attempted assault and a consolidated count of first-degree robbery. In exchange, prosecutors dismissed over a dozen additional charges. This led to his sentence in 2018 of 28 years in prison, with five years suspended and another five on probation.

In his 2017 letter to the Anchorage Daily News, Vukovich clarified his brutal motivations and regrets.

“I thought back to my experiences as a child… I took matters into my own hands and assaulted three pedophiles,” he wrote. “If you have already lost your youth, like me, due to a child abuser, please do not throw away your present and your future by committing acts of violence.”

Vukovich appealed his sentence on the grounds that his PTSD should be considered a mitigating factor in his case, but he lost the bid in October 2020. Despite his hero status among some Alaskans, the judge ruled, “Vigilantism won’t be accepted in our society.”

Jason Vukovich’s final victim, Wesley Demarest, has publicly expressed his relief that Vukovich is behind bars, adding that he would prefer if Vukovich “wasn’t walking around while I’m alive.” One article written about Demarest’s reaction remarks dryly, “One must wonder if his victim feels the same.”

Now 70 years old, Demarest struggles to form coherent sentences. He has also lost his job in wake of the traumatic brain injury he sustained at Vukovich’s hands.

“It just pretty well destroyed my life,” he said. “So, he got what he wanted, I guess.” 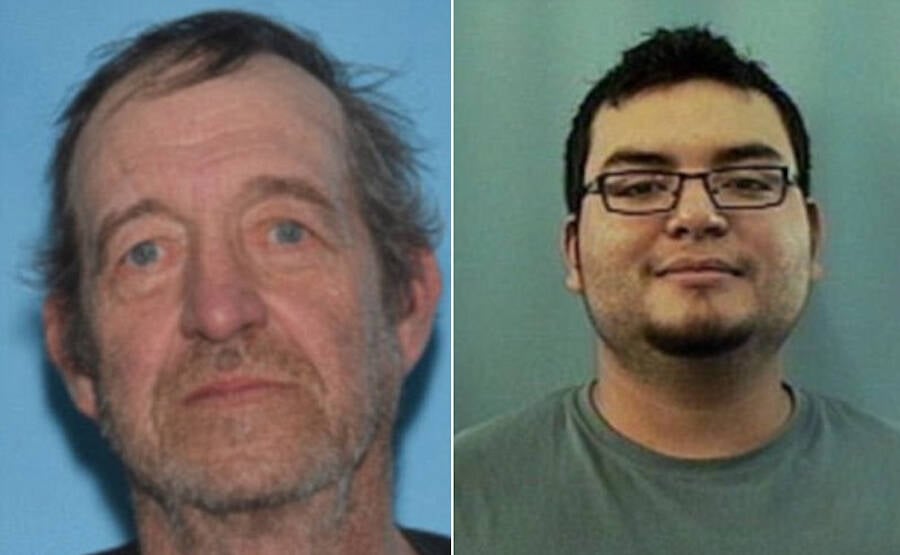 Department of Public SafetyCharles Albee (left) and Andres Barbosa (right) were both slapped, punched, and robbed by the Alaskan Avenger.

Vukovich’s attorney Ember Tilton, meanwhile, shares the views of thousands who have pledged their support for his client on several online petition sites pleading for his release. To them, the cyclicality of violence and trauma is unlikely to end by keeping victims-turned-criminals in jail.

“I don’t think he needs to be punished,” said Tilton. “He’s already been punished. This whole thing started out as the punishment of a child who didn’t deserve to be treated this way.”

Jason Vukovich has urged others who have been victims of childhood sexual abuse to seek inner peace and reject vigilante justice.

“I began my life sentence many, many years ago, it was handed down to me by an ignorant, hateful, poor substitute for a father,” he wrote. “I now face losing most of the rest of my life due to a decision to lash out at people like him. To all those who have suffered like I have, love yourself and those around you, this is truly the only way forward.”

After learning about convicted pedophile hunter Jason Vukovich, known popularly as the “Alaskan Avenger,” read about the rapist who was awarded joint custody of the child conceived during his assault. Then, explore the unheard stories of female vigilantes.