"This is all crazy," said the victim. "They never explained anything to me." 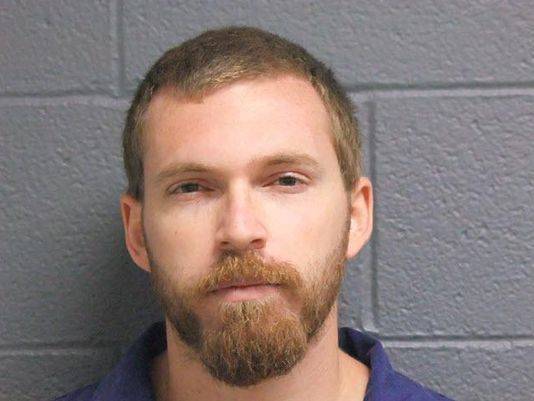 Nine years ago, when she was just 12 years old, he raped her. Now, he’s been granted joint custody of the child conceived during that assault.

“I think this is all crazy,” the 21-year-old victim, whose name has not been released, told The Detroit News. “They [court officials] never explained anything to me.”

According to Mirasolo’s attorney, Barbara Yockey, her client “never initiated this. It was something routinely done by the prosecutor’s office when a party makes application for state assistance.”

The victim’s attorney, Rebecca Kiessling, likewise stated that the court initiated the paternal custody process “after the county surveyed the victim regarding child support she had received this past year.”

The victim herself stated, “I was receiving about $260 a month in food stamps for me and my son and health insurance for him. I guess they were trying to see how to get some of the money back.”

However, the application for state assistance took a dark turn when the court ordered a DNA test to establish paternity, found that Mirasolo was indeed the father, then granted him parental rights.

“This is insane,” said Kiessling. “Nothing has been right about this since it was originally investigated. He was never properly charged and should still be sitting behind bars somewhere, but the system is victimizing my client, who was a child herself when this all happened.”

The victim was just 12 years old in September 2008 when an 18-year-old Mirasolo, a friend of another boy who knew the victim and her sister, kidnapped the girls, tossed their cellphones, held them prisoner in a vacant house for two days, committed the rape in question, and threatened to kill them if they told anyone what had happened upon release, according to Kiessling.

When the victim found out that she was pregnant a month later, Mirasolo was arrested. While a crime such as his would ordinarily carry a sentence of at least 25 years, the prosecutor’s office took mercy on the young first-time offender and gave him a plea deal for attempted third-degree criminal sexual conduct, which carried just a one-year sentence.

“[The victim] and her family was told first-time sex offenders weren’t sent to prison because people come out worse after they go there,” said Kiessling.

However, Mirasolo actually served just six and a half months in prison after being granted early release so that he could help care for his sick mother, according to Kiessling.

In March 2010, not long after his release, Mirasolo then committed another sexual assault, this time on a victim between the ages of 13 and 15. According to Kiessling, Mirasolo served just four years for that crime.

Now, following the new court order, Mirasolo will have joint custody of the child conceived during his first offense.

Thus the victim has fallen prey to a legal system that leaves thousands of rape victims vulnerable to court proceedings like this. According to CNN, between 5,000 and 16,000 American rape victims keep the baby conceived during the assault each year. And in cases like these, seven states do not have laws protecting victims from custody battles while fewer than half block parental rights unless the rapist has been convicted.

Additionally, in this most recent case, the court has taken further action beyond the granting of parental rights. According to Kiessling, the court also ordered that the victim not move more than 100 miles from her current location (so as to facilitate joint custody), revealed the victim’s address to Mirasolo and ordered that his name be added to the boy’s birth certificate.

This last move came without the victim’s consent, her attorney said, adding that the prosecutor’s office lied and stated that said consent had been given when it, in fact, had not.

In response, thus far, the judge and the prosecutor’s office have made no comment. A hearing is scheduled for October 25.

Next, read about the 11-year-old Florida girl who was forced to marry her rapist. Then, read up on Arkansas’ move to force women to get the father’s consent before an abortion, even if the father is a rapist.