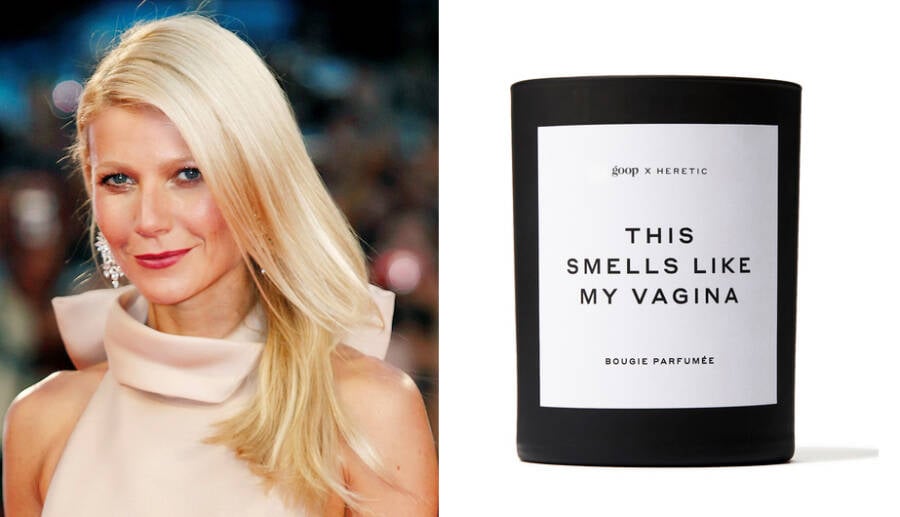 Wikimedia Commons/GoopDespite the name, Paltrow’s vagina-scented candle was not designed to smell like her vagina, specifically.

In 2008, Oscar-winning movie star Gwyneth Paltrow pivoted to the health and wellness sphere by launching the now-$250 million brand Goop. The posh lifestyle behemoth sells clothing, perfume, and candles that allegedly smell like a vagina — one of which just exploded in a customer’s home.

According to Insider, the unsuspecting customer was 50-year-old media consultant Jody Thompson who is living in London with her partner David Snow. Thompson reported that immediately after lighting the $75 Goop candle, the flames became so unruly that the couple was forced to throw it outside.

“The candle exploded and emitted huge flames, with bits flying everywhere,” said Thompson. “I’ve never seen anything like it. The whole thing was ablaze and it was too hot to touch. There was an inferno in the room. We eventually got it under control and threw it out the front door.”

Luckily, nobody was injured in the fire, and the couple’s Kilburn, North London residence sustained no damages as well.

“It could have burned the place down,” Thompson added. “It was scary at the time, but funny looking back that Gwyneth’s vagina candle exploded in my living room.”

Thompson failed to disclose whether or not she followed Goop’s instructions to only “burn candle within sight” and to “keep away from things that catch fire.” The instructions also advise users to trim the “wick to 1/8′ before every lighting” and to place it “on a stable heat resistant surface.”

A Goop spokesperson has since claimed that because Thompson didn’t buy the candle from the outlet proper, “we aren’t able to verify its authenticity.” Goop has since sent Thompson an apologetic batch of free products and alerted its manufacturer to the incident.

Paltrow’s vagina candle was only recently launched in January 2020 but has already sold out multiple times via Goop’s online store. According to The New York Post, the idea of selling a candle that emitted Paltrow’s private scent began as joking banter with her perfumer.

In an interview with talk show host Seth Meyers, Paltrow explained that she and her perfumer Douglas Little were working on a fragrance when the actress jokingly revealed, “Uhhh… this smells like a vagina.” Little eventually clarified that the scent for the company’s subsequent vagina candle wasn’t specifically based on Paltrow’s personal scent and aimed to provide customers with some playful levity. 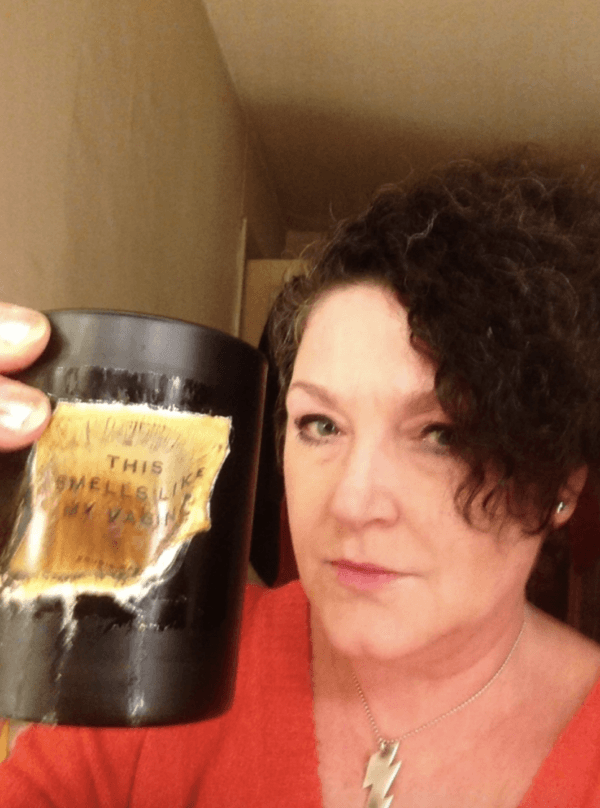 “The idea was to do something that was voluptuous and sensual and also provocative and fun,” said Little. “This idea that the scent is the fragrance of Gwyneth’s vagina. That’s not the case. It’s called ‘This Smells Like My Vagina’ meaning the person that’s holding it. It’s speculative and fun.”

While the popular item sold out within hours of its January 2020 release, there has been rampant criticism of the wellness company for its exorbitant costs and lack of medical research to support the alleged health benefits of many of its products.

Perhaps most notorious was Paltrow’s suggestion to her massive fan-base to steam their vaginas and insert eggs into them to balance female hormone levels and increase sexual energy, respectively. Gynecologists disagreed with the former, while the latter can be done with the traditional exercise known as Kegels.

Paltrow even once recommended that people allow themselves to get stung by bees in order to reduce inflammation. Recently, Goop’s selection of Ayuverdic herbs for inflammation has been proven to be backed only by a pseudoscience. 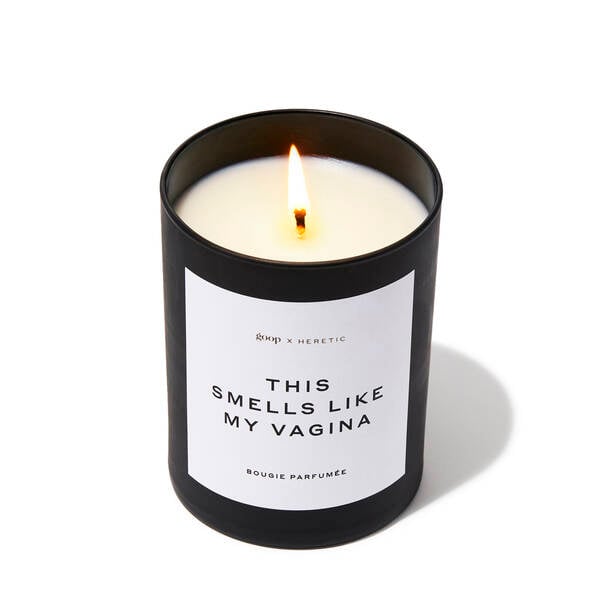 GoopIt’s unclear whether Thompson followed the candle’s directions or not, though she was sent a batch of free Goop items, nonetheless.

Perhaps Thompson and her partner will give Paltrow and her company another shot. This time, they could opt for one of Goop’s alternatives in the candle section — and buy the “This Smells Like My Orgasm” candle for another $75.

After learning about the vagina-scented Goop candle that exploded in a customer’s home, read about the 143-ton ball of poop, fat, and condoms that clogged London’s sewer system. Then, learn 21 weird sex facts that’ll make your knees tremble.