In June 2021, the wife and youngest son of Alex Murdaugh were murdered at their rural estate, sending him into a spiral that ended with him hiring a hitman to kill him. 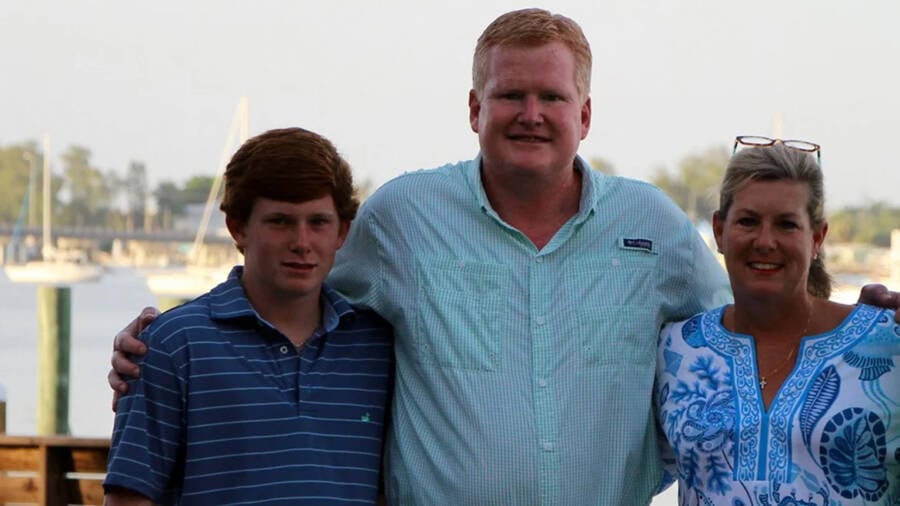 Maggie Murdaugh/FacebookAlex Murdaugh (center) and his late son and wife.

With a wife and two sons, South Carolina lawyer Alex Murdaugh appeared to have it all. That is, until June when his spouse and son were killed in an unsolved murder case. The pain of losing them caused him to fall into a deep depression exacerbated by his long-standing opioid addiction.

By the end of August, Alex Murdaugh had arranged to have himself murdered so that his surviving son could collect the $10 million life insurance, which Murdaugh falsely believed wouldn’t be paid out if he died by suicide.

It was the culmination of years of scandals and accidents that plagued this prominent South Carolina legal dynasty, whose roots in the area go back 111 years.

According to CNN, the 53-year-old attorney was shot in the head in the middle of the street on Sept. 4 but managed to survive. Murdaugh initially told authorities that the gunman was a stranger with a blue truck but has since admitted to having hired the man himself — a former client named Curtis Edward Smith, who also supplied Murdaugh with oxycodone.

The 61-year-old shooter has been charged with assisted suicide, assault, and battery of a high and aggravated nature, pointing and presenting a firearm, insurance fraud, and conspiracy to commit insurance fraud.

Alex Murdaugh himself was allowed to surrender at the Hampton County jail on Sept. 16. He has been charged with insurance fraud and conspiracy to commit insurance fraud, as well as with filing a false police report in connection with his 911 call after his failed suicide by proxy.

According to NBC News, Murdaugh orchestrated the failed murder to occur while he was fixing a flat tire that didn’t need fixing. While attorney Richard Harpootlian maintains his grieving client was depressed when he arrived at this decision, Murdaugh’s past has presented some rather pressing questions. 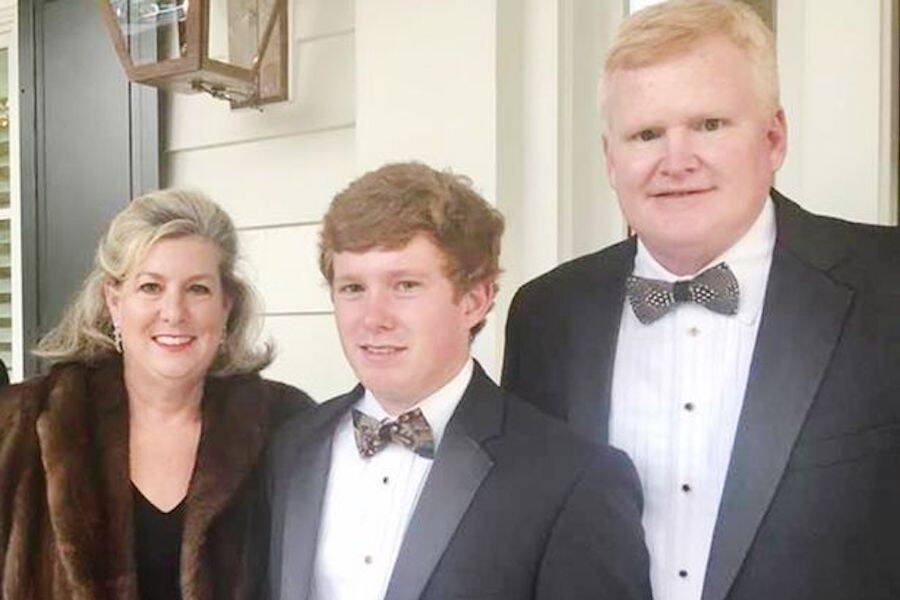 “The murders of my wife and son have caused an incredibly difficult time in my life,” Murdaugh wrote in a public statement. “I have made a lot of decisions that I truly regret. I’m resigning from my law firm and entering rehab after a long battle that has been exacerbated by these murders.”

It appeared that Murdaugh enacted the failed scheme after several months of increasing opioid abuse. He had previously represented Smith in an unrelated case and provided him with a gun and instructions to gun him down in the middle of a South Carolina roadway.

“For the last 20 years, there have been many people feeding his addiction to opioids,” his lawyers said in a statement. “During that time, these individuals took advantage of his addiction and his ability to pay substantial funds for illegal drugs. One of those individuals took advantage of his mental illness and agreed to take Alex’s life, by shooting him in the head.”

While this harrowing saga might now appear concluded, the South Carolina Law Enforcement Division (SLED) has noted some strange happenings in Murdaugh’s past. The office has reopened several cases involving mysterious deaths in proximity to Alex Murdaugh and his family.

In 2018, the family’s housekeeper, Gloria Satterfield, was found dead in their home of a purported “trip and fall accident.” She had served the wealthy family for more than 20 years, although the Hampton County coroner has now noted some troubling inconsistencies in the manner of her death. 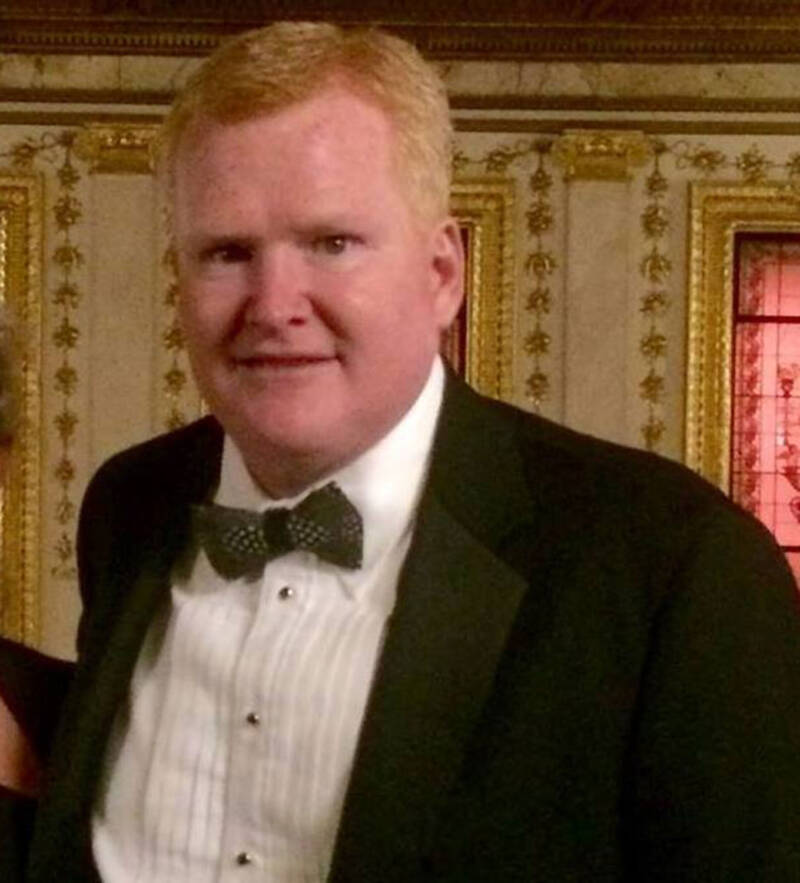 “The decedent’s death was not reported to the Coroner at the time, nor was an autopsy performed,” the coroner told SLED in an official request to reopen the case. “On the death certificate the manner of death was ruled “Natural,” which is inconsistent with injuries sustained in a trip and fall accident.”

Satterfield’s estate had sued Alex Murdaugh for $500,000 following her death but has yet to receive a penny. This week, her family’s lawyer, Eric Bland, filed another lawsuit against Murdaugh and the Palmetto State Bank on Wednesday. In the meantime, authorities have begun to detangle yet another case with possible connections to the family.

Stephen Smith was found dead in an apparent hit-and-run about 10 miles from the Murdaugh’s rural property in 2015. It remains unclear just how the 19-year-old was connected to Murdaugh, though SLED has found it imperative to reopen an investigation into his death as a result of Murdaugh’s arrest and the recent murders of his 52-year-old wife and 22-year-old son.

Ultimately, Murdaugh has never wavered from his vehement denial of responsibility in regards to his family tragedy.

Two days after he was reported shot in the head, Murdaugh released a public statement in which he announced he was headed to rehab and had resigned from his law firm amidst allegations he had misappropriated millions in funds to sustain his addiction for two decades.

“I am immensely sorry to everyone I’ve hurt including my family, friends and colleagues,” he wrote. “I ask for prayers as I rehabilitate myself and my relationships.” 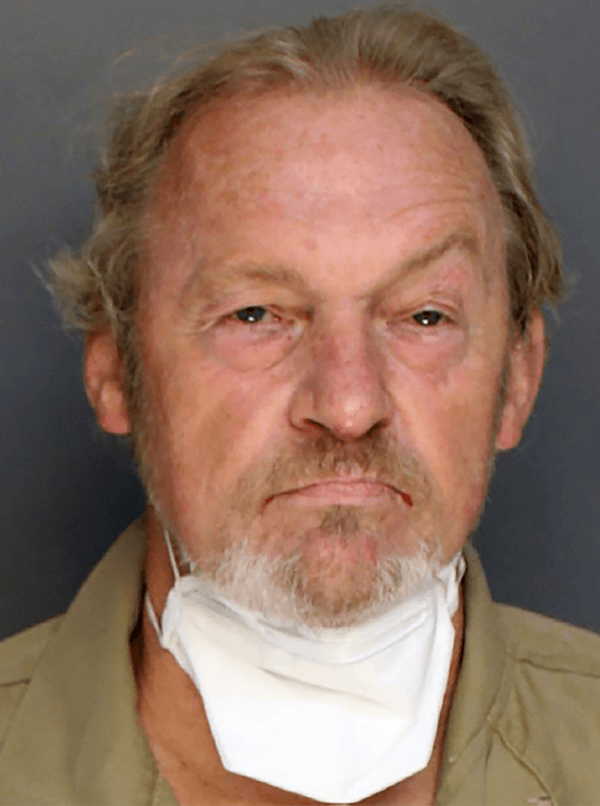 As Murdaugh’s attorney Richard Harpootlian said, his losses “took a tremendous toll on him” and sent him into “a massive depression.” Hiring Smith to shoot him merely “was an attempt on his part to do something to protect his child.”

And, according to Harpootlian, Alex Murdaugh’s arrest provided him with sobriety for the first time in months. “We actually had the first conversation we’ve ever had with him where he wasn’t on opioids or oxy,” he said. “And as a result of that, he clearly knew what he had done was wrong.”

And as it stands, Murdaugh is cooperating with SLED on all accounts in hopes that police resources can be redirected back to finding who killed his wife and son.

After reading about the South Carolina lawyer who tried to arrange his own murder, learn about the five reluctant and imprisoned hitmen. Then, read about the Florida man who was murdered after helping the motorist sent to kill him.