"It would be an honor to the type of work my dad did throughout his life." 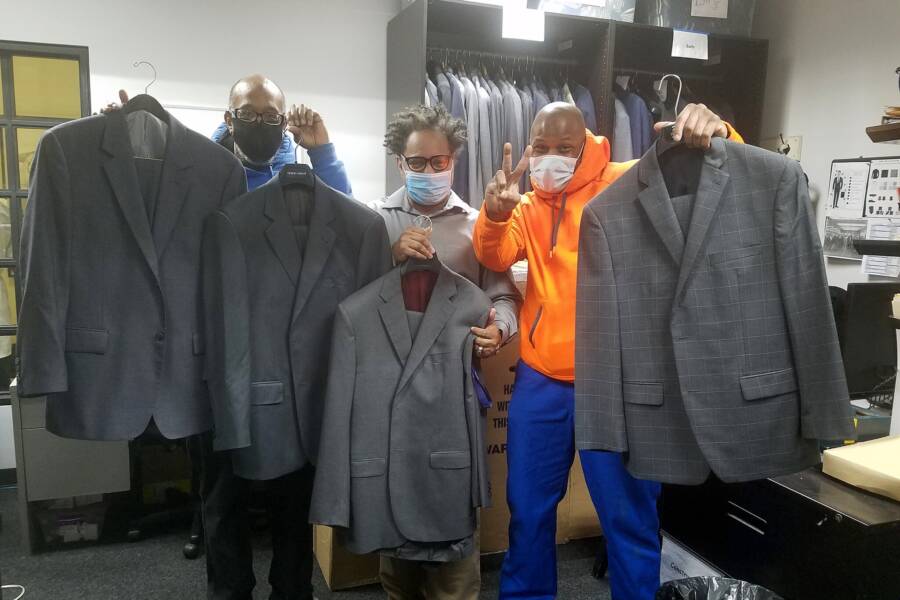 The Doe FundMembers of The Doe Fund celebrate their extensive new donation before handing items out to determined ex-convicts looking for work.

It’s only been a few months since beloved “Jeopardy!” host Alex Trebek died, but his relatives and former producers are finding a way to keep his legacy alive.

According to The New York Times, 300 neckties, 58 dress shirts, and 14 suits that the game show host donned over his show’s 37-year run will be donated to New York City’s The Doe Fund, which is an organization that provides ex-convicts and the homeless with housing and career opportunities.

Trebek garnered quite an expansive wardrobe over the years. Though he only worked twice a week, he filmed five episodes of “Jeopardy!” per day — and had to look the part. Fortunately for The Doe Fund, the “Jeopardy!” icon’s son Matthew Trebek cares for those in need just as his father did.

“The Doe Fund made perfect sense since these are guys who are going on job interviews and need second chances,” said Matthew Trebek. “It would be an honor to the type of work my dad did throughout his life.”

According to Yahoo, The Doe Fund is also invested in helping those suffering from addiction. It provides people of all stripes with vocational training, social services, education, paid work, and housing.

Matthew Trebek, a 30-year-old restauranteur, and adamant supporter of the Fund, personally selected the organization in part because he believes it does the kind of work his father would appreciate.

“This definitely aligned with his interests and sentiments and values,” explained Matthew Trebek. “I think he would have thought it was a great idea.”

Alex Trebek was certainly a generous donor himself, having supported a roster of charities and programs that aimed to help the homeless population in Los Angeles. On one of his last shows, he implored viewers to help “build a gentler, kinder society.” 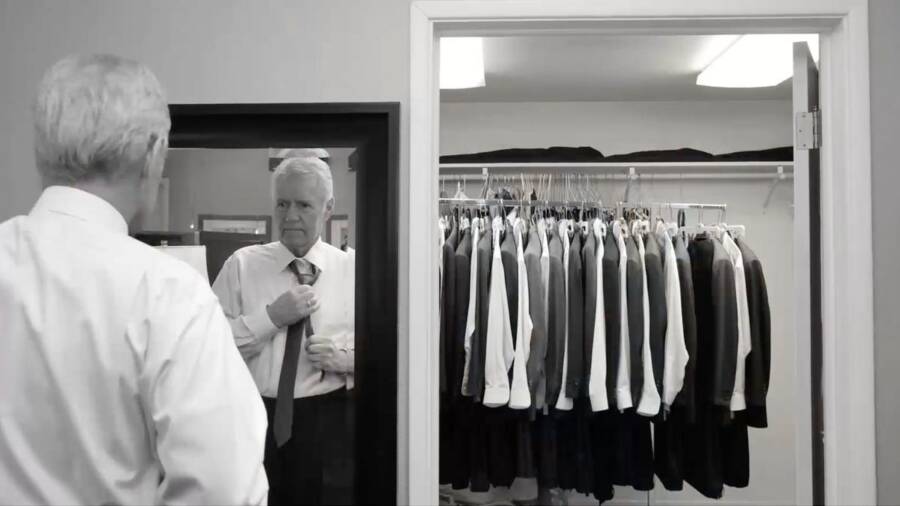 The Doe Fund is doing just that, having helped more than 28,000 men kick their addictions, find a job, or a permanent home since 1985.

Meanwhile, its president couldn’t have been more appreciative for Trebek’s efforts as well. “We are so grateful for ‘Jeopardy!’ and the Trebek family’s commitment to lifting up the most vulnerable among us,” wrote Harriet Karr-McDonald. “The men in our career training programs are always in need of professional attire, so they can shine in their job interviews and work with confidence once they’re hired.”

And the effects of Trebek’s donation were felt immediately. John Powell, associate director for career development and graduate services at the Fund, explained that once the donation arrived from Culver City, California, “People started coming to the office, whether they had completed the program or not,” Powell said. “They were just coming to the office because they wanted to see the suits.”

Powell added that every single ex-convict who completed the program and was bestowed one of Trebek’s suits would “visibly stand taller.”

“It’s a complete and total transformation,” Powell continued. “It’s not just a nice suit, it’s a nice suit coming from Alex Trebek’s family, donated from Alex Trebek. Knowing it was someone they saw on television, that they heard about for years, it’s a certain degree of validation.” 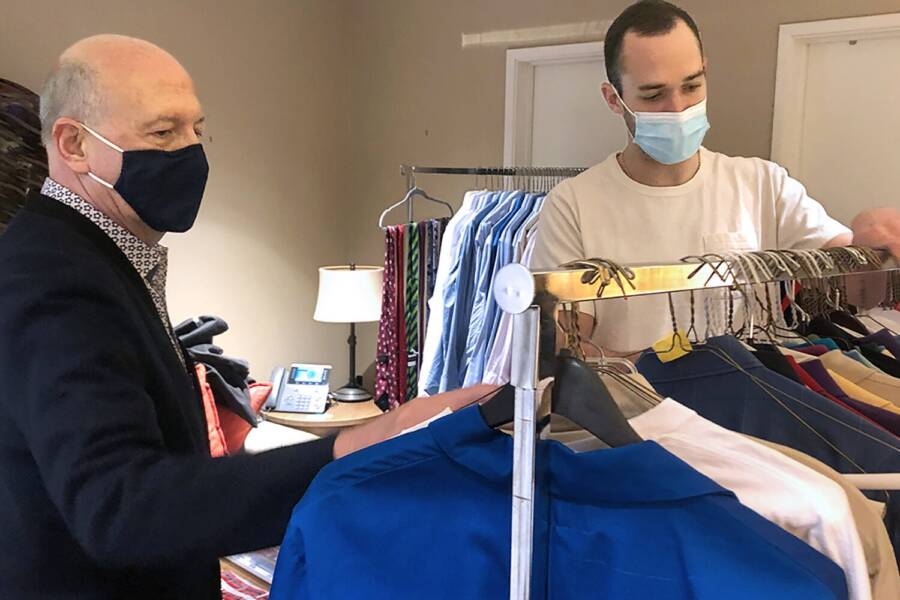 Karr-McDonald agrees. She added that “Everybody knows ‘Jeopardy!’ and everybody knows Alex Trebek, and if a very important and famous person recognizes you and your worth as a human being and you’re actually wearing their suit, that’s pretty exciting.”

Ultimately, it’s acts of kindness and empathy like this that remind us all of how essential we are to each other. Alex Trebek fostered a disposition of selflessness, and urged those who watched his show to nurture the same within themselves. At the very least, his son did — and is now passing it forward.

After reading about Alex Trebek’s “Jeopardy!” wardrobe being donated to The Doe Fund, learn about the good Samaritan who picked up the hotel tab for 70 homeless Chicagoans. Then, read about boxer Manny Pacquiao building homes for the poor in his home country.