On a fateful night in 1990, an arsonist lit a massive fire at the Happy Land Social Club in the Bronx — damning the 93 young people inside. 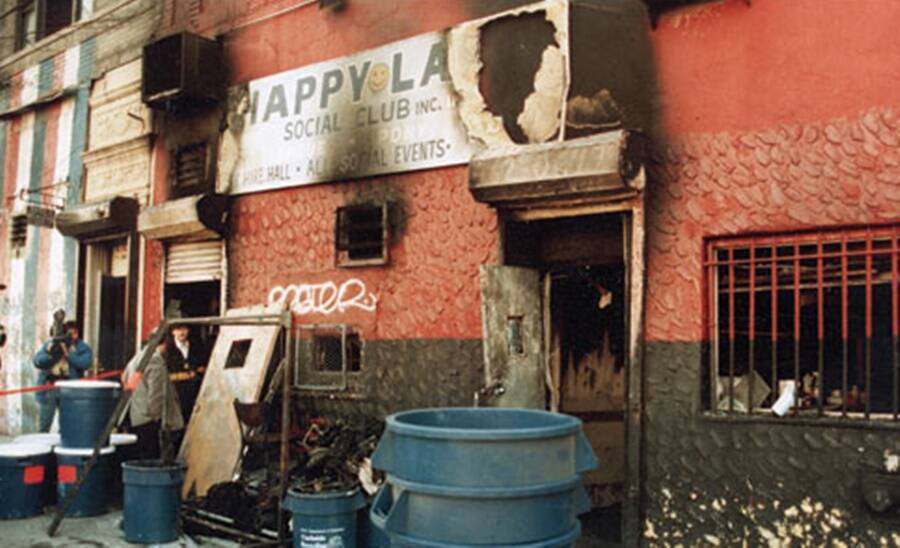 National Fire Protection AssociationWhen firefighter sifted through the wreckage of the Happy Land fire, they found some couples who died holding each other.

In the early hours of March 25, 1990, a spurned lover snuck up to the entrance of the Bronx social club known as Happy Land. Using two matches and a dollar’s worth of gasoline, he lit a fire at the door — one of the only exits the young people partying inside had. Late-night fun quickly turned into horror. Within minutes, 87 people were dead in the Happy Land fire. Just six survived.

“This is the worst thing I have seen in my career. It was sickening,” said EMS specialist Christopher McCarthy, who was at the scene that terrible night. “I saw wall-to-wall bodies — an indication of mass confusion and panic.”

This is the tragic story of the Happy Land fire.

How The Happy Land Fire Killed 87 People In Minutes 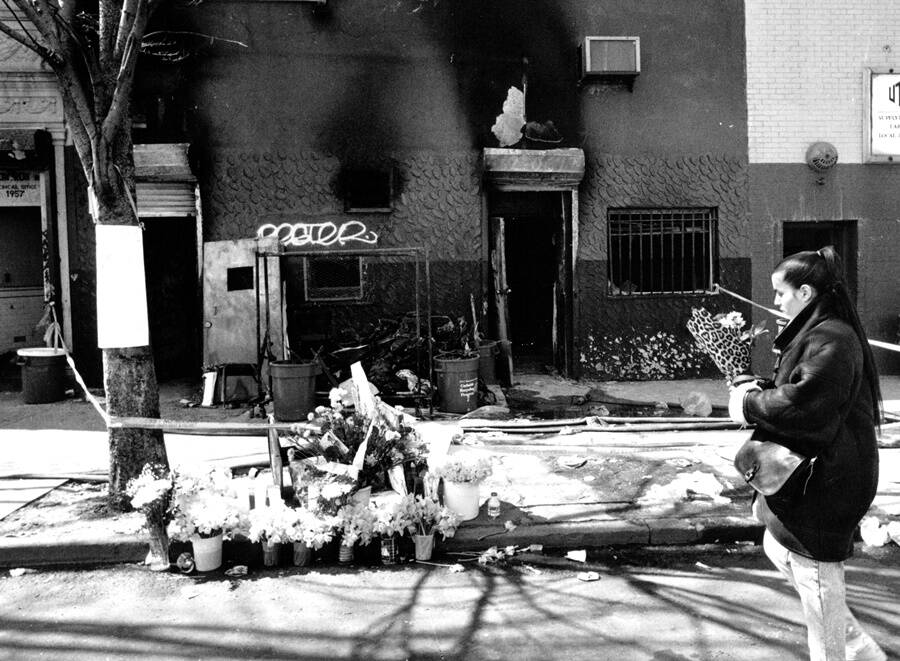 Michael Norcia/New York Post Archives /NYP Holdings, Inc. via Getty ImagesHalf of the 87 people killed in the tragedy were no older than 25.

On that fateful March evening, a crowd of young people — mostly Hondurans and mostly under 25 — flocked to the Happy Land Social Club in the Bronx. “Most of the bodies were in dance clothes,” recalled McCarthy. “They were out to have fun.”

The social club was technically operating illegally, and so it had no sprinklers and several of the building’s exits had been blocked off to conceal the party inside.

Ruben Valladares, one of the few survivors, was the D.J. that night. As the crowd danced, he played a mix of merengue, salsa, reggae, and calypso records. Everything seemed normal — joyous, packed, loud — until panicked shouts cut through the music.

Felipe Figueroa, a patron at the club, heard people screaming, “Fire! Fire!” Seeing smoke, Figueroa ran down the stairs. He would be one of the only other people who managed to escape that night.

“I heard a lot of people screaming,” Valladares recalled. “When I run to the door, I call everybody: I say, ‘If someone’s going to leave, follow me.'” Valladares managed to escape — but not unscathed. “When I left, I was on flame. All over my body.” 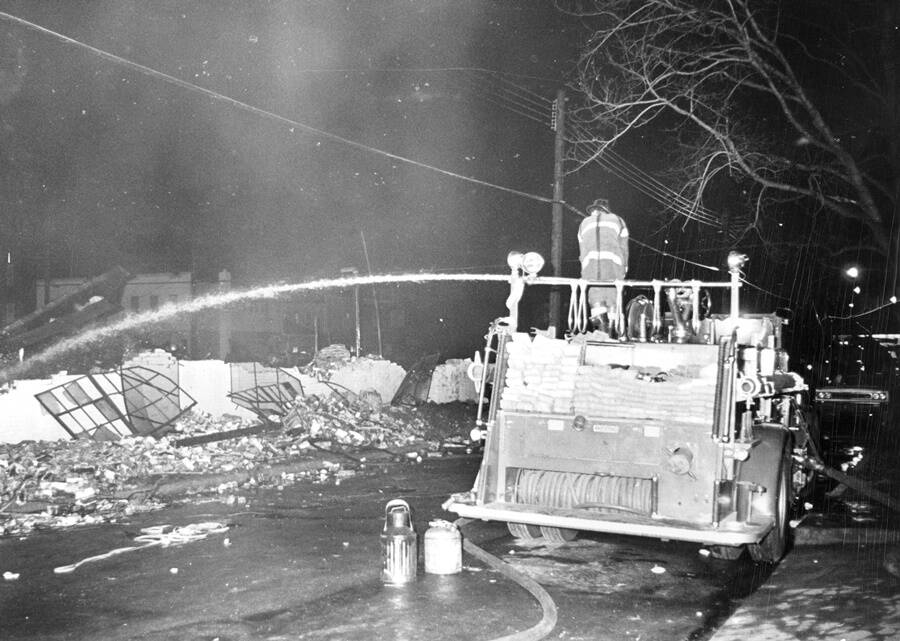 Jerry Engel/New York Post Archives /NYP Holdings, Inc. via Getty ImagesAlthough 150 firefighters raced to the scene, the blaze had already killed most of the people inside.

Firefighters arrived at the scene about three minutes later. EMS Lt. Roy David saw Valladares as he staggered out of the burning building. His clothes stuck to his burned skin. He couldn’t talk. The ambulance report noted burn injuries across his entire body.

The 150 firefighters who raced to the scene managed to extinguish the Happy Land fire in five minutes, but even that was too late. “There was one in the street telling us there was loads of people inside, trapped,” Dennis Devlin, one of the first firefighters to arrive, said. “We couldn’t hear anybody screaming, we didn’t hear anybody yelling. There was no one hollering.”

Nearly all of the victims, 61 men and 26 women, died due to smoke inhalation, though others were killed in the chaotic rush to the only door. Seven victims were from the same family, six were found trampled at the door, and many others were locked in embraces, under tables, or behind the bar. 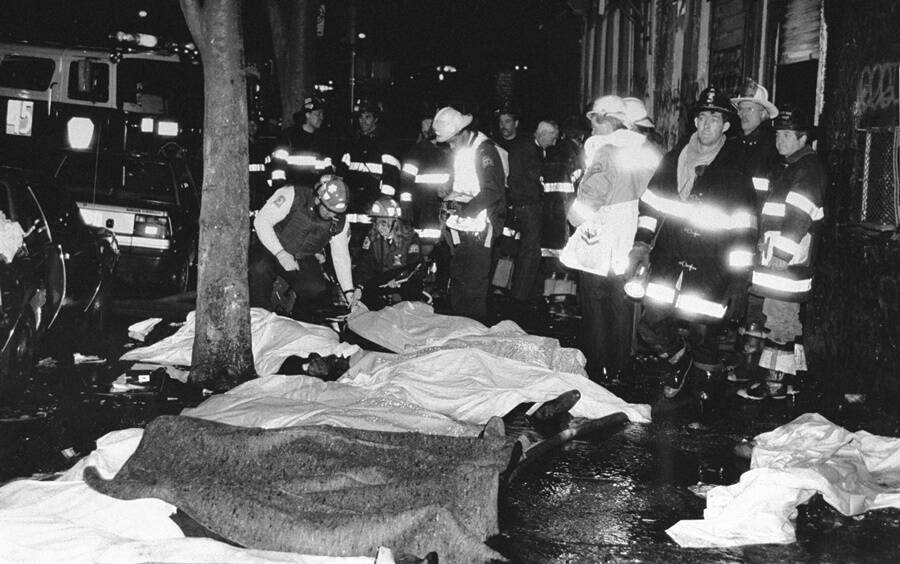 Nicole Bengiveno/NY Daily News Archive via Getty ImagesFirefighters stand near bodies of some of the 87 victims of the Happy Land fire in the Bronx. Desperate victims had tried to punch a hole through a wall to escape.

It was quickly discovered that the blaze had been deliberately set by 36-year-old Julio González.

According to Figueroa, González fought earlier that evening with his girlfriend, Lydia Feliciano, a ticket-taker and coat checker at the club. After a bouncer threw him out, González decided to take revenge.

Figueroa said that about 20 minutes before the fire swept through the building, “A man said to the guy at the door, ‘You’re going to pay for it.'”

González bought a dollar’s worth of gasoline at a nearby Amoco station and came back to the nightclub. He poured the gasoline in front of the Happy Land Social Club’s main entrance. “I set fire with two matches together,” González told the police. “I lit them and threw them from the sidewalk.” 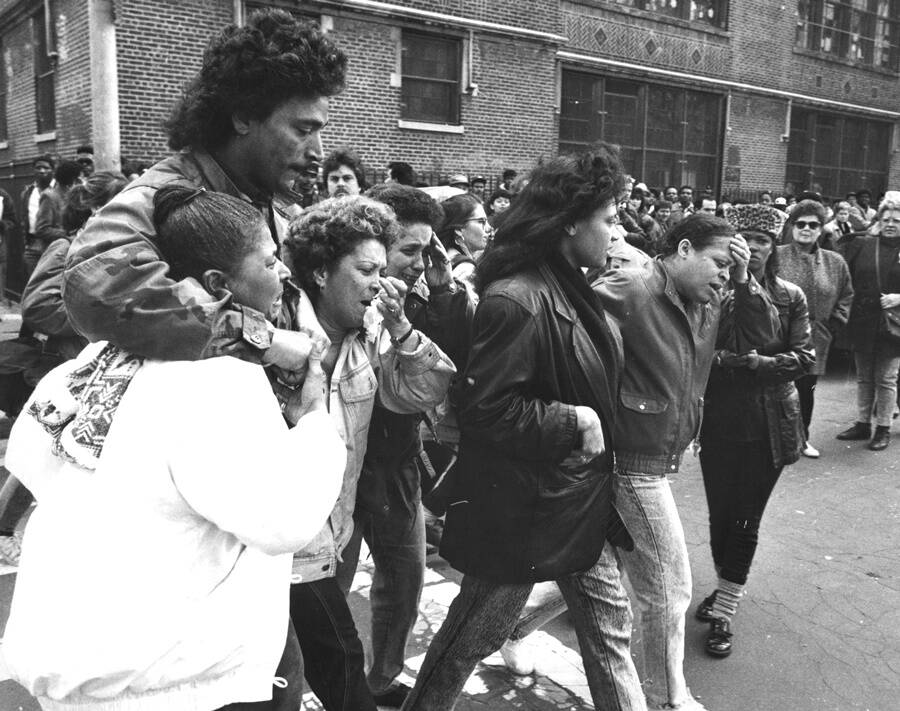 Charles Wenzelberg/New York Post Archives /NYP Holdings, Inc. via Getty ImagesFamilies identified their loved ones at a nearby public school.

Police arrested the Happy Land fire arsonist in his apartment the next morning.

It was clear that he was guilty, his apartment reeked of gasoline, and González offered a quick confession. According to officer Michael Geary of New York City’s 48th Precinct, González initially refused to shoulder the blame for the arson, claiming, “The devil made me do it.”

“[But] as he started unburdening himself, he started crying,” Geary said. “He feels he should pay for what he did.”

Julio González was sent to prison to serve 87 concurrent sentences of 25 years to life. “It wasn’t enough; I wanted the death sentence,” said Maria Colon, the wife of one of the victims.

The building’s owner received a sentence of community service and a $150,000 fine due to safety violations.

Though the arsonist had been caught, he wasn’t the only guilty party in the devastating Happy Land fire. Investigators then had to hold someone accountable for why 87 Happy Land fire victims were unable to escape the building in the first place.

Authorities found that the club not only lacked proper exits, but it also lacked proper lighting. There were sprinklers only in the upper-story but no fire alarms. It was discovered that because of these violations, the club owner, Elias Colon who died in the fire, had received a city order to vacate the premises the year before in 1989.

Building owner Jay Weiss and landlord Alex DiLorenzo III pleaded guilty to these violations and were sentenced to community service and a fine of $150,000 paid toward a community center in the Bronx. Outside court, the plaintiffs settled with the families of the victims for $15.8 million.

Immediately after the tragedy, then-New York City Mayor David Dinkins ordered a task force to inspect the city’s 227 active clubs. The New York City Department of Buildings also reinforced investigations into the city’s illegal clubs and the city’s task force began checking the 1,250 sites that were believed to be defunct.

“Now there’s a citywide task force that ensures that Happy Lands are not all over our city,” said New York Fire Department Commissioner Daniel Nigro, who was a battalion chief in 1990. “Endangering people who may want to go out and have a good time and end up never coming home.”

Though it doesn’t undo the tragedy, these changes bring some sense of peace to the horrifying story of the Happy Land fire.

Now that you’ve learned about the Happy Land fire, read about more unforgettable fire tragedies in history, like the great Chicago fire of 1871 and the Dublin whiskey fire of 1875.