From the 1969 Berkshires UFO incident to the eerie tale of Barney and Betty Hill, these alien abduction stories might even make skeptics believe that the truth is out there.

On Sept. 20, 1961, Betty and Barney Hill were driving through the White Mountains of New Hampshire when they said a bright light came out of the sky. Two hours later, they were back in their driveway, with no memory of what had happened or where they’d been.

According to their subsequent reports, the couple had traveled to Zeta Reticuli — a star system 39 light years from Earth. Betty was even inexplicably able to draw an accurate, detailed map of the sky as seen from that star.

This was the first noteworthy alien abduction story in modern history. Their tale captivated a nation that had scarcely heard anything like it before. And in the years that followed, countless other tales of alien and UFO abductions emerged, each containing new details of grotesque otherworldly creatures.

In 1971, there was the Pascagoula incident which allegedly saw two fishermen taken from a riverbank in Mississippi and held captive aboard an alien ship. Then, in 1978, there was the Travis Walton abduction, during which a Texas man vanished for five whole days.

While there has yet to be any proof that these first-hand accounts are real, the nine alien stories below are certainly detailed enough to cause chills.

Barney And Betty Hill’s Alien Abduction Story Started It All 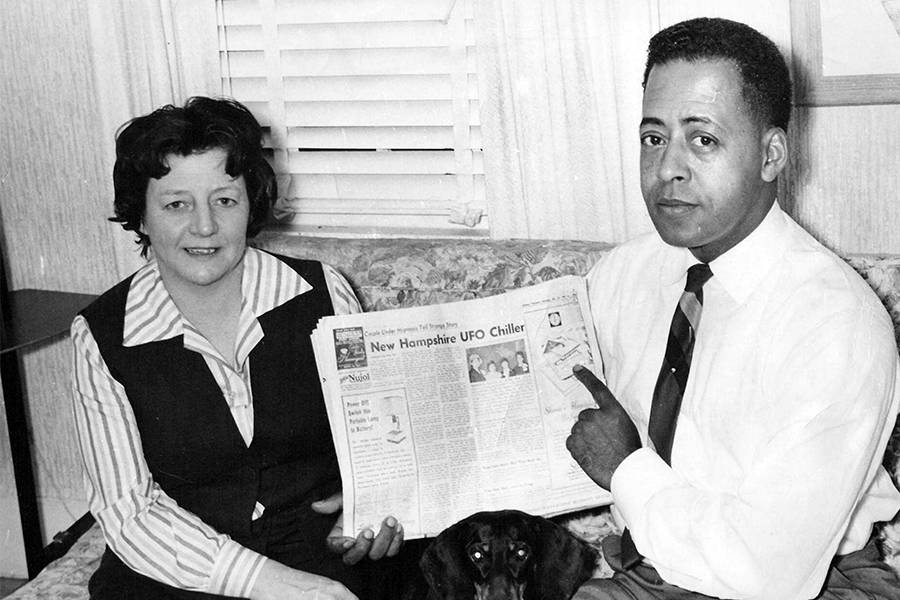 Universal History Archive/UIG via Getty ImagesBarney and Betty Hill were an American couple who claimed to have been abducted by aliens.

Barney and Betty Hill took a spontaneous trip to the White Mountains of New Hampshire in September 1961. As he recounted in John G. Fuller’s The Interrupted Journey from 1966, Barney needed a break from his night shift at the post office, while Betty was mentally exhausted from handling state child-welfare cases.

On the last night of their makeshift honeymoon, the two found themselves in a Vermont diner ready to make the last dash home to Portsmouth, New Hampshire. By leaving at 10 p.m., they planned on arriving home by around 2 a.m.

On the road, Betty noticed a “particularly bright star, perhaps a planet” in the sky. When this celestial object began changing its course in an erratic manner, Betty was convinced it was a UFO. Her husband was not.

“Barney,” she said. “If you think that’s a satellite or a star, you’re being completely ridiculous.”

As the object drew closer, Barney pulled the car to a stop and, gun in hand, got out to investigate. As he approached the object, Barney saw what he would later describe as a “pancake-like disc, glowing with brilliant white light” that was about the size of a jet.

Fleeing back to his car, he and Betty tried to evade the vessel, but were instead overcome with an intense drowsiness and immediately fell unconscious. The couple pulled into their driveway around dawn unable to recall what had happened — two hours of memory seemed to have been wiped from both their minds. 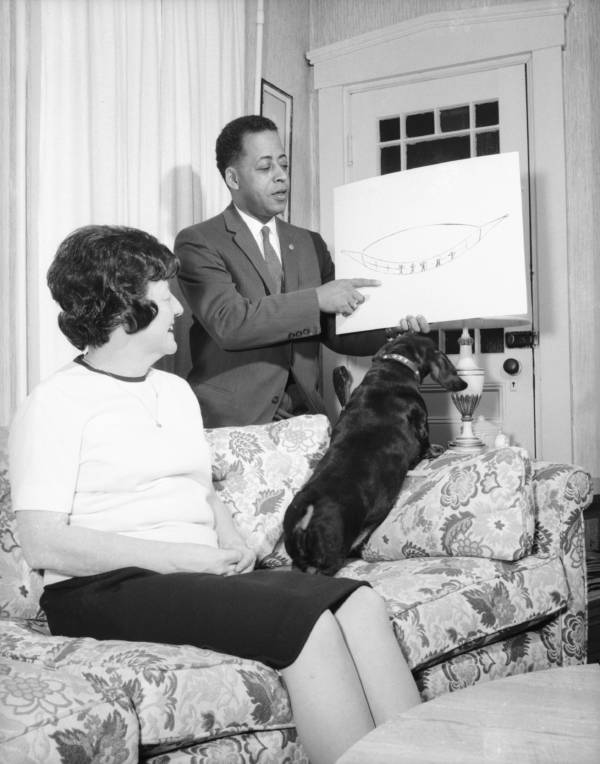 While Betty was convinced they had encountered a UFO and later reported the sighting to the Air Force, her husband was skeptical. It was only when the couple met with psychiatrist Dr. Benjamin Simon for a consultation in December 1963 that Barney changed his mind.

Dr. Simon found both to be suffering from “crippling anxiety.” Betty, in particular, manifested hers “in the form of repetitive, nightmarish dreams.” Dr. Simon then put them under hypnosis — which reportedly yielded highly ominous memories.

Barney Hill recalled “creatures” with slanted eyes taking the couple aboard their UFO to conduct experiments on their naked bodies. Barney claimed that the beings took samples of hair, skin, and nail clippings and then a six-inch-long needle was inserted into Betty’s stomach.

Betty told Dr. Simon that she later asked a being they knew to be “the leader” where they were. It jokingly replied, “If you don’t know where you are, there wouldn’t be any point in telling you where I am.”

During another hypnosis session in 1964, Betty purportedly drew a star map of the sky from memory — as seen from a planet orbiting the star Zeta Reticuli.

Most shocking above all was that this map was drawn with confounding accuracy — and that Zeta Reticuli lies some 40 light years from Earth. Betty’s nearly spot-on recreation of the stars surrounding an actual star system remains one of the most intriguing aspects of all alien stories ever reported.

Ultimately, Barney and Betty Hill’s account led the Air Force to launch Project Blue Book — a shadowy initiative that aimed to investigate domestic UFO sightings — and also presented a template for all the UFO abduction stories that followed in the decades to come.