Remains Of Warrior Buried 2,600 Years Ago Identified As A 12-Year-Old Girl

The young fighter was originally misidentified as male after she was first excavated in 1988. Now, modern scientific techniques have revealed her true identity as an Amazon warrior. 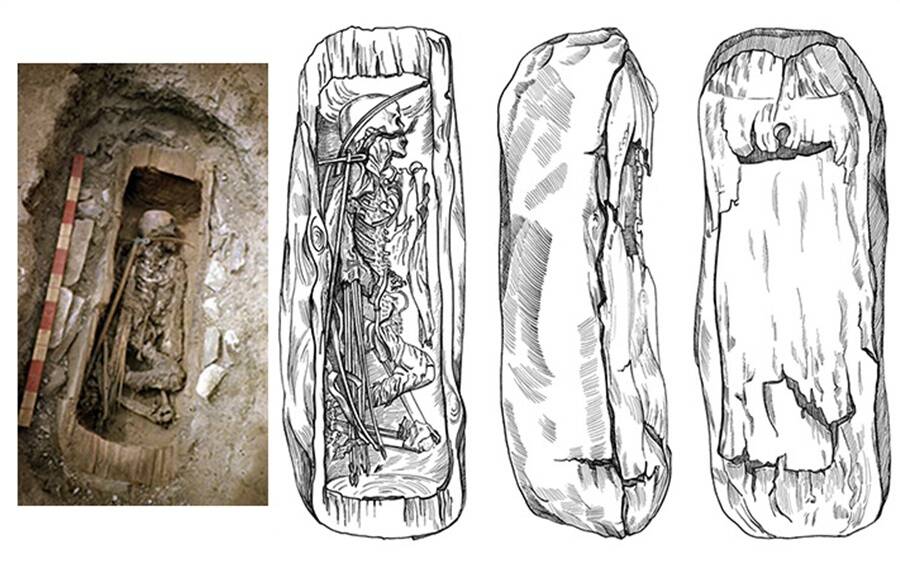 Vladimir Semyonov/The Siberian TimesThe mummified remains of a young Amazon warrior discovered 32 years ago were confirmed to belong to a teenage girl.

In 1988, a team of scientists led by Marina Kilunovskaya and Vladimir Semyonov came across the partially mummified remains of a young warrior buried in what is now the modern-day Tuva Republic in Russia.

The mummified corpse — so well-preserved in its tomb that a wart was still visible on its face — was thought to be a teenage boy who was skilled in combat.

Now, 32 years later, with the help of new technology researchers discovered that the young warrior was female — and possibly one of the famed Amazon women warriors of Greek literature. 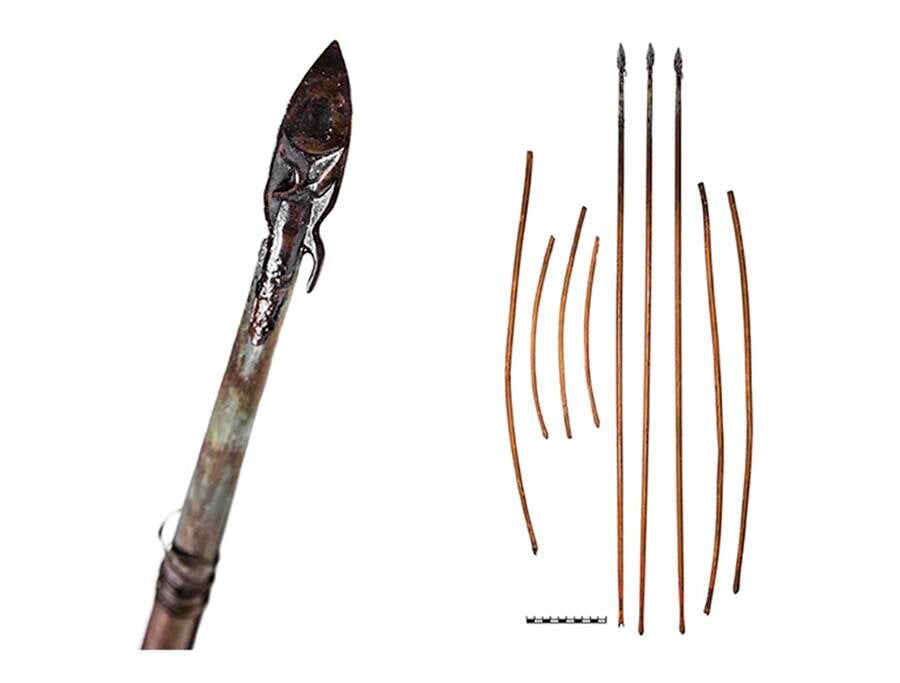 A.Yu. Makeeva/The Siberian TimesA number of arrows were buried in the young Amazon’s tomb: one with a bone tip, two made of wood, and the rest made of bronze.

As The Siberian Times reports, Kilunovskaya and her team had estimated the adolescent fighter’s remains to date back to sometime in the early 6th century BCE, roughly 2,600 years ago. Inside the burial, researchers found a number of items typically reserved for honored warriors.

Among the burial items were a set of weapons which included a three-foot birch bow, an axe, and ten arrows that measured roughly 27 inches each. The arrows were made from a variety of materials; one had a bone tip, two were wooden, and the rest were made of bronze.

In addition to the battle items, the warrior was also buried donning a shirt and light brown bottoms. The outfit was covered by a below-the-knee double-breasted fur coat made from a rodent of the jerboa family. A leather cap sat atop the well-preserved skull. 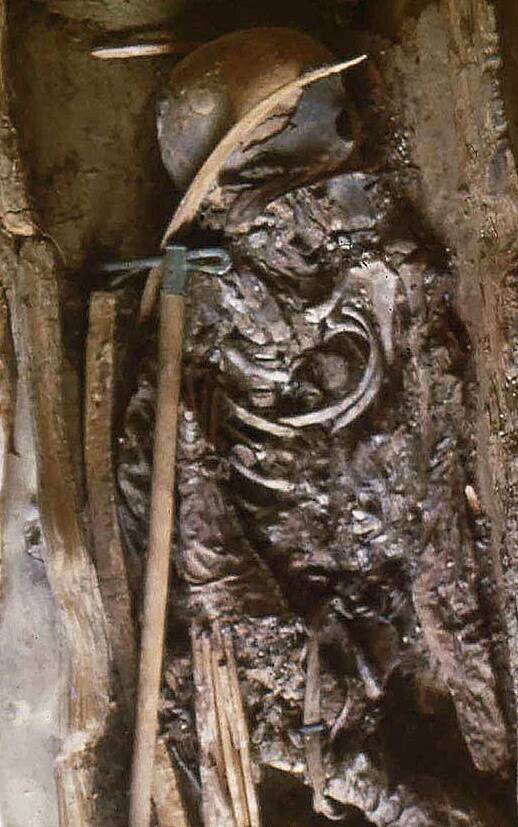 Vladimir Semyonov/The Siberian TimesThe teen fighter’s corpse was so well-preserved that there was a wart on its face that was still visible.

In the grave, there were no mirrors or beads, which were common items used for female burials. As such, the original team had classified the young warrior as a male.

But when an opportunity to re-examine the corpse through genetic testing arose, Kilunovskaya said her team jumped at the chance.

“We were recently offered the chance to undertake tests to determine the sex, age, and genetic affiliation of the buried warrior,” said Kilunovskaya, who is now a researcher at the St Petersburg Institute of Material History Culture. “We agreed with pleasure and got such a stunning result.” 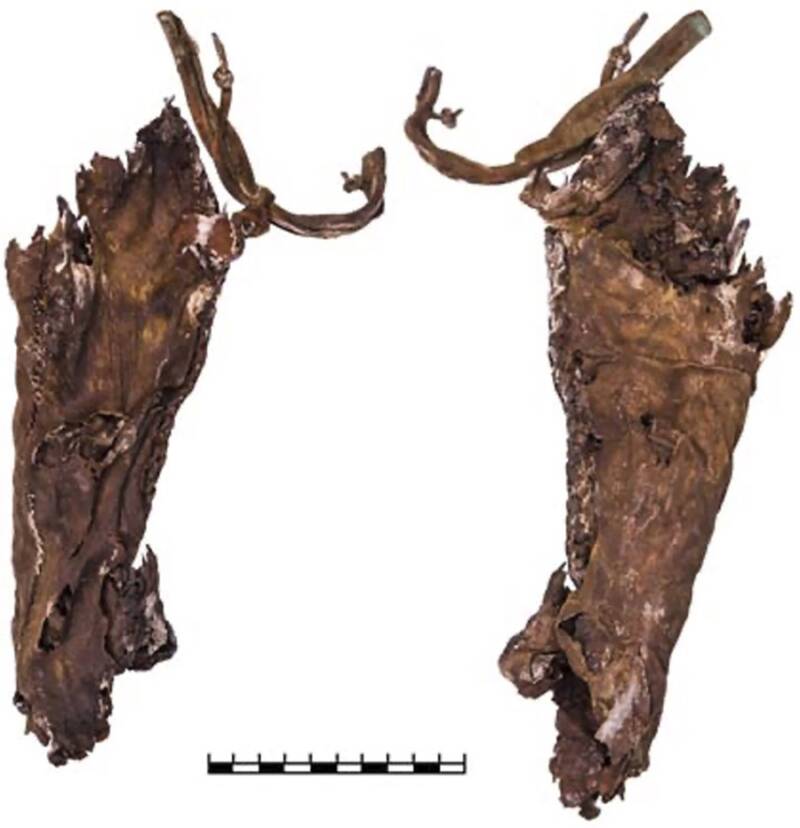 The palaeogenetic analysis of the bones revealed that the warrior’s corpse had been misidentified as male. The tests were performed by Kharis Mustafin, Irina Alborova, and postgraduate Alina Matsvai at the Laboratory of Historical Genetics, Radiocarbon Analysis, and Applied Physics at Moscow’s Institute of Physics and Technology.

The age of the young warrior, estimated somewhere between 12 to 13 years old, was also confirmed.

“The results of genome-wide sequencing, which showed that a girl was buried in a wooden coffin, were unexpected,” said Kilunovskaya. “This opens up a new aspect in the study of the social history of Scythian society and involuntarily returns us to the myth of the Amazons that survived thanks to Herodotus.”

Homer’s Iliad from the 8th century B.C. is believed to be the first mention of the Amazon warriors in Greek literature. Homer described them as “antianeirai” which scholars have interpreted into a number of translations such as “the opposite of men,” “antagonistic to men,” and “the equal of men.” 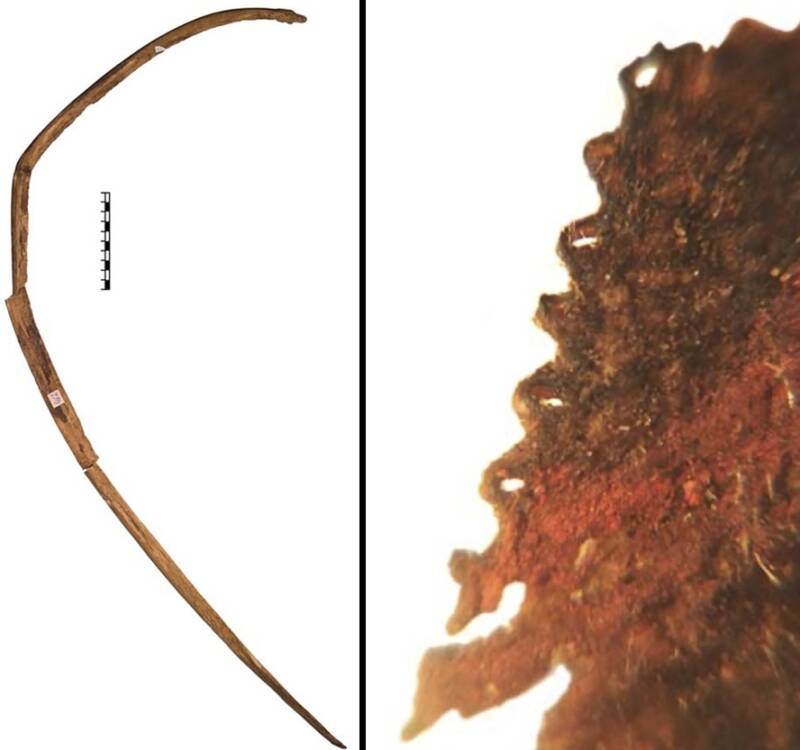 Centuries later, Herodotus also wrote about the Amazons, who he claimed hailed from Scythia, a large steppe region in Central Eurasia. The Amazons were long believed to be mythical figures, largely due to disbelief among male historians at the existence of such fearsome women warriors.

That disbelief has been challenged by recent scientific discoveries of burial remains of women warriors that match the historical description of the Amazons.

The revelation of the teenage warrior’s female identity was not the only evidence of the legendary Amazon warriors uncovered in recent years. In January 2020, three generations of ancient Amazon woman warriors were discovered inside a Russian tomb.

Here’s hoping that, as tools for science progress, an understanding of the role of women soldiers in ancient history will grow with it.

Next, learn about the Slavic woman warrior buried with weaponry in a Danish Viking cemetery and discover the ancient warrior woman unearthed in Armenia who may have also been an Amazon.