Ambrose Burnside And The Origin Of The Word ‘Sideburns’

Ambrose Burnside may have been a Civil War general as well as a governor and U.S. senator, but many today know him best as the man who popularized sideburns. 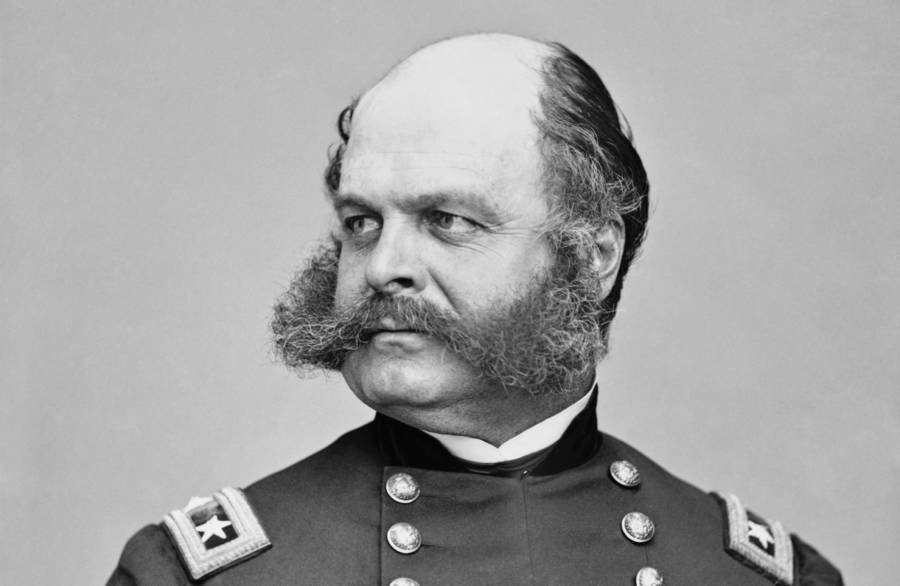 Ambrose Burnside had an impressive resume. First serving as a major general in the Civil War, he went on to become both a senator and governor in Rhode Island.

However, his military and political accomplishments are perhaps not what he is most famous for today. Instead, many now associate him first with his popularization of the facial hair style that still bears his name some 150 years later: sideburns.

Born in Liberty, Ind. on May 23, 1824, Ambrose Burnside first began his military education at New York’s West Point military academy. He graduated in 1847 and was then stationed in Veracuz during the Mexican-American War.

Following the war, Burnside served with the frontier calvary in Nevada and California before being sent to Rhode Island, where he held commander of the state militia for two years. It was also in Rhode Island that he married a local woman named Mary Richmond Bishop in 1852. 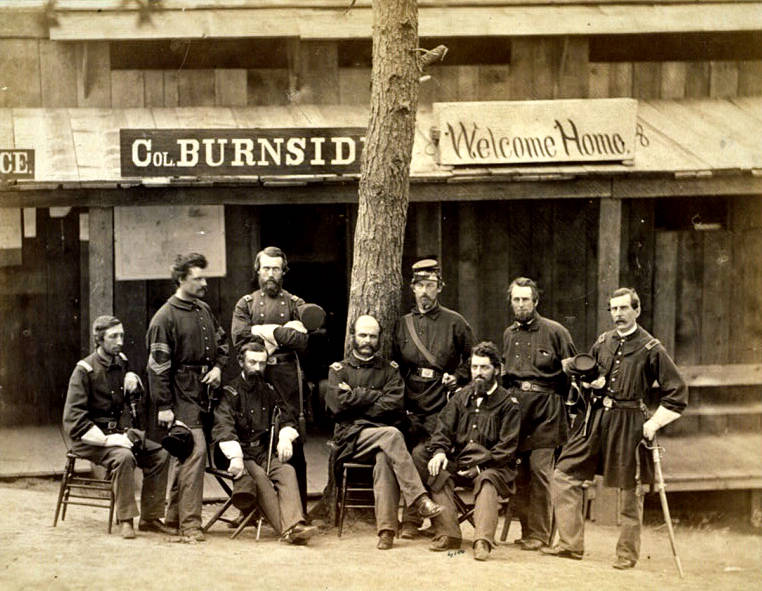 In 1855, he left the armed forces for a short time and founded an arms company called Bristol Rifle Works, which he ran successfully — until the Civil War began.

At the outset of the conflict in 1861, Ambrose Burnside felt the call of duty once more and returned to service on the side of the Union in Rhode Island’s militia. Burnside was first charged with leading his troops to protect Washington, D.C., before leading his men at the First Battle of Bull Run in Virginia in July 1861.

He was soon promoted and sent to command troops at the Battle of Antietam in Maryland in September 1862. With nearly 23,000 dead, it was the bloodiest day in American history, but one that ultimately proved beneficial to the Union. 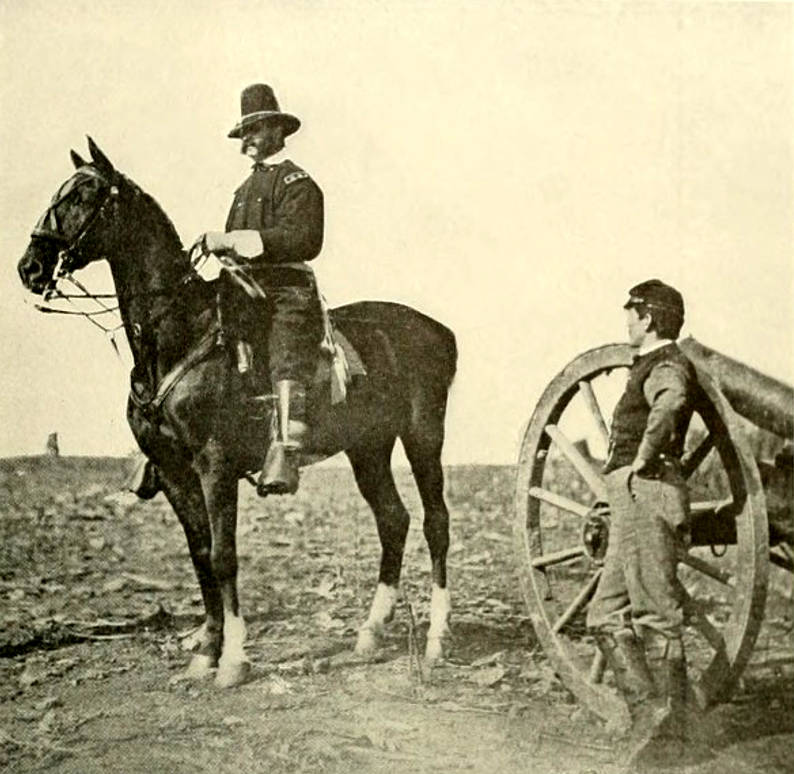 However, Ambrose Burnside then suffered a resounding defeat at the hands of Robert E. Lee during the Battle of Fredericksburg in Virginia later that year. Following that devastating loss, he was sent to Knoxville, where his defeat of the Confederate James L. Longstreet put him back into command of the Army of the Potomac.

But shortly after, he suffered one more devastating loss at the Battle of the Crater in Virginia on July 30, 1864. Soon after, Burnside was granted extended leave and never called to service again for the remainder of the war.

In April 1866, just after the war, Burnside kicked off his political career when he was elected governor of Rhode Island. He served for three years and eventually moved on to become a U.S. senator for Rhode Island, a position he held until his death duroing his second term in office on Sept. 13, 1881.

The Origin Of Sideburns 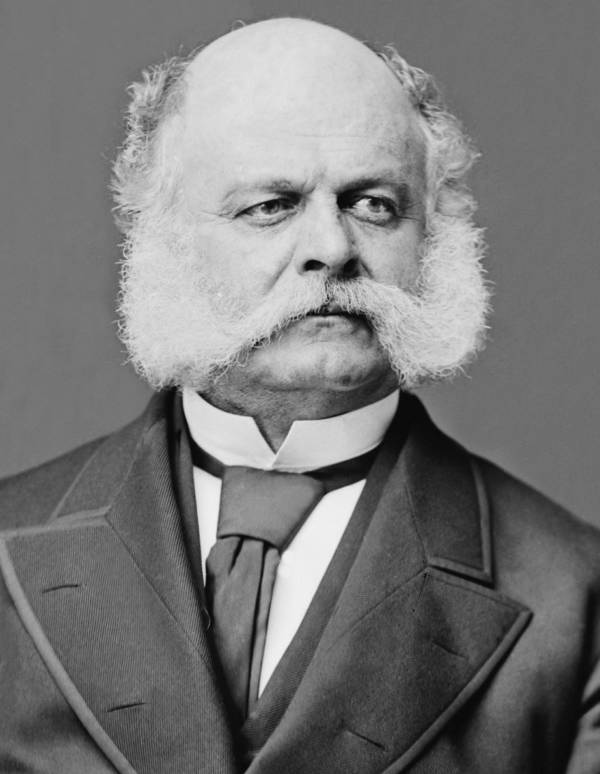 Despite all of these accomplishments, Ambrose Burnside is perhaps still most well-known for his contribution to the popularity of sideburns.

Although Burnside is credited with the popularization of the sideburns hairstyle, he is far from the first person to have worn the look. Some of the earliest depictions of sideburns go all the way back to ancient times, with statues of Alexander the Great depicting him with sideburns, for example.

Burnside may have helped to make sideburns famous because he happened to be particularly proud of his hairstyle even from a young age. All the way back to his West Point days, when young cadets were required to maintain short hair and beards, Burnside got around this strict rule by keeping his hair and beard trimmed but allowing his sideburns to grow.

As a young cadet, Burnside was also a notorious prankster, and, when he was studying at West Point, his love of pranks and his distinct hairstyle came together in one famous story: One first-year cadet had arrived at West Point sporting long hair and a beard, and Burnside and his roommate decided to have a little fun at the new cadet’s expense. They informed him that his hair was far too long and had to be trimmed down to regulation length before the evening parade. Rather than taking him to a real barber, however, Burnside brought the young man back to his own dorm, where he proceeded to shave only half of the man’s face and beard before the evening parade began, leaving the other half of his face looking hairy and unkempt.

This popular story helped further cement Burnside’s association with sideburns (who exactly coined that term and when remains unclear), which he himself wore for most of his adult life. So, although he may not have been the very first man to sport sideburns, Ambrose Burnside was no doubt the man who is responsible for giving this look the legacy it has today.

After this look at Ambrose Burnside and the origin of sideburns, see some of the most powerful photos taken during the Civil War. Then, step inside Andersonville Prison, the war’s most brutal POW camp.