8 Of The World’s Most Brutal Amusement Park Accidents, From An Uncontrollable Fire To A Stomach-Churning Free Fall 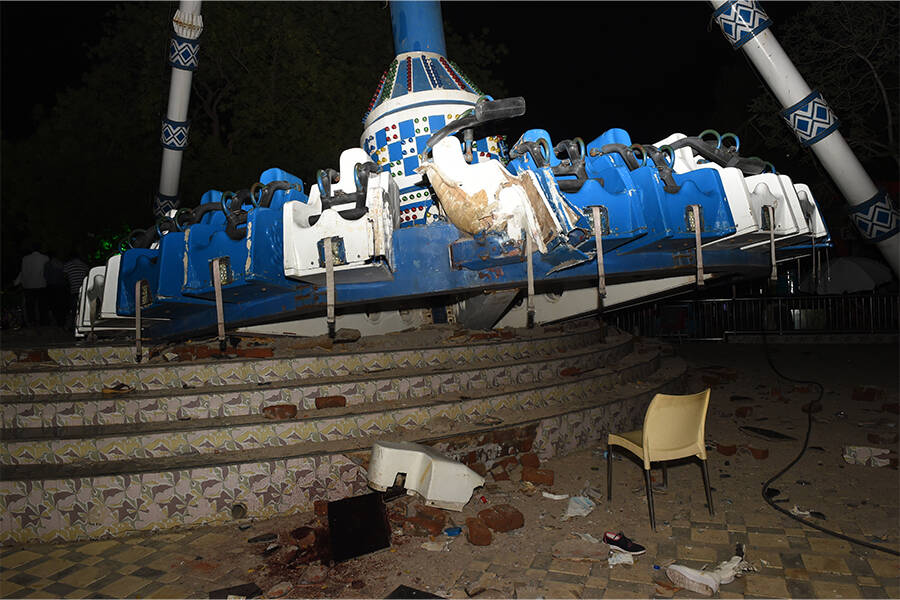 Sam Panthakay/Getty ImagesIn addition to two deaths, 27 people were injured when the pendulum ride in Amprali Amusement Park collapsed in on itself.

In addition, Newsweek reported that rescue workers pulled 27 injured people from the wreckage, all between the ages of 16 and 26.

The entire event was captured on video and uploaded to Twitter, showing the ride as it gradually began to swing back and forth before ultimately snapping, falling backward into itself as a crowd of onlookers gasp and scream.

The circular seating platform then fell freely another 20 feet, with riders facing outwards toward the stairs bearing the brunt of the collision.

The local chief fire officer M.F. Dastoor told the Times of India, “The ride works when the main shaft with seats at the circular end is counter-balanced by a weight. When the cable snapped, the welding along the shaft came off and the carriage also fell.”

The ride had allegedly been regularly maintained and inspected, and the park’s management offered no explanation as to what caused it to collapse.