The dog, Cesar, tumbled down a pit at a Pasadena construction site but was safely rescued by local firefighters. 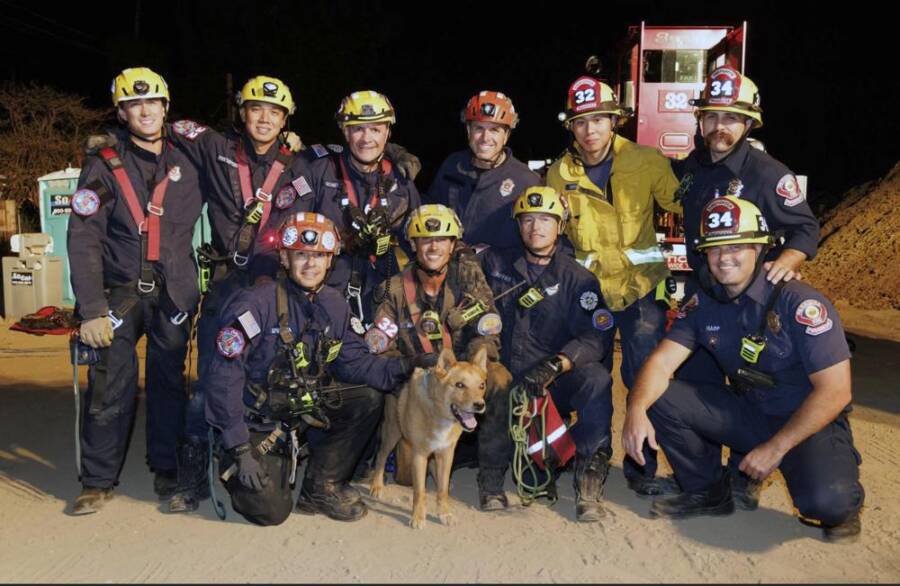 Pasadena Fire DepartmentCesar the dog with his human rescuers.

When a Pasadena, California, resident named Mary heard one of her dogs barking on Sept. 20, 2022, she realized that something was wrong. Indeed, Mary’s 13-year-old blind dog Cesar had wandered out of the yard and fallen into a pit at a nearby construction site — and the local fire department quickly came to the rescue.

“He’s an old dog,” Mary, who declined to give her last name, told ABC 7 Eyewitness News. “But he’s still very curious and adventurous.”

According to the Orange County Register, Cesar had fallen into a pit at the site of an old Carl’s Jr. restaurant. The hole was 15 feet deep and three feet wide, and the old dog had no hope of getting out without human assistance.

After discovering that Cesar had slipped through a gap in her fence and into the hole, Mary alerted the construction foreman. The foreman called in local firefighters, and a Pasadena search and rescue team arrived at the scene within ten minutes. But rescuers knew that extracting Cesar from the deep hole would be a delicate and challenging operation.

“The dog was blind,” Pasadena Fire Chief Chad Augustin told ABC 7 Eyewitness News. “This is a construction zone. Confined space rescues are low-frequency, high-risk. There’s lot of steps we need to do to make it as safe as possible. For not just the dog but also our rescuers.”

As Cesar whined from the bottom of the hole, the firefighters launched their rescue attempt. The Associated Press reports that the search and rescue team hooked up ropes and pulleys around the hole and then carefully lowered one of their team members down to meet the dog. 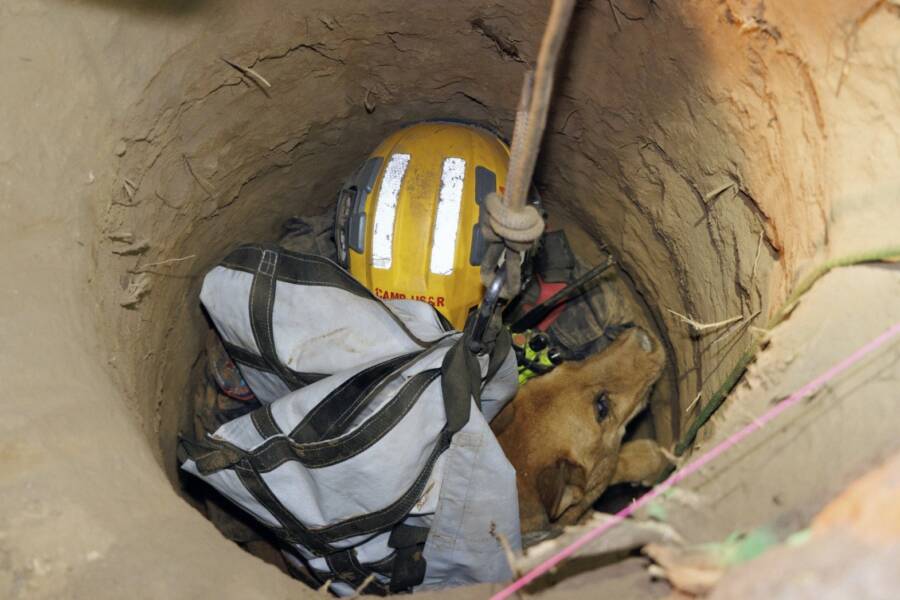 Pasadena Fire DepartmentA single member of the search and rescue team descended into the hole to rescue Cesar from the confined space.

Within 12 minutes, the team member had carefully descended into the pit, secured Cesar into a harness, and hoisted the blind dog back to the surface as his colleagues called, “Push him up, push him up,” according to a video posted on Twitter by the Pasadena Fire Department.

The dog shook off the construction dirt once he reached the surface and was reunited with Mary. Despite his ordeal in the 15-foot hole, Cesar seemed “healthy and uninjured.”

For Mary, Cesar, and the Pasadena Fire Department, the blind dog’s successful rescue is a satisfying end to the story. 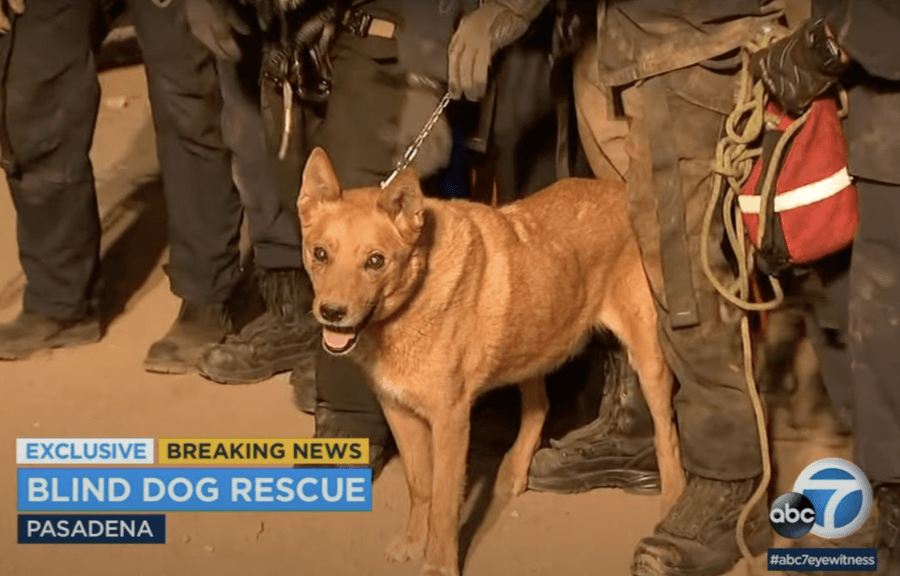 ABC 7/YouTubeCesar’s rescue made the local news, with helicopters hovering overhead to record his emergence from the hole.

“It always makes us feel good,” Augustin told ABC 7 Eyewitness News following Cesar’s rescue. “At the end of the day, all of us are pet lovers. He added: “I have a dog of my own. We want to make sure we take care of not just our residents, but also our furry friends.”

As for Cesar? After his rescue, the Pasadena Search and Rescue team posed for a triumphant photo with the tawny, old, blind dog. Then they handed his leash to Mary so she could bring her beloved pet back home.

As local news crews descended on the team, they asked Cesar’s owner what was next for the wayward adventurer. Mary told them that she had two plans for the dog. “Bathe him,” she said, “and feed him.”

After reading about the blind dog that was rescued from a hole, see how some search and rescue teams are training rats to help them locate and recover earthquake survivors. Or, learn about the rescue owl so fat that a sanctuary had to put it on a diet so it could fly.