"As scientists, we recognize the special nature of the impact crater, but it was also recognized by ancient inhabitants of the area," a geologist said of the discovery at Vredefort. 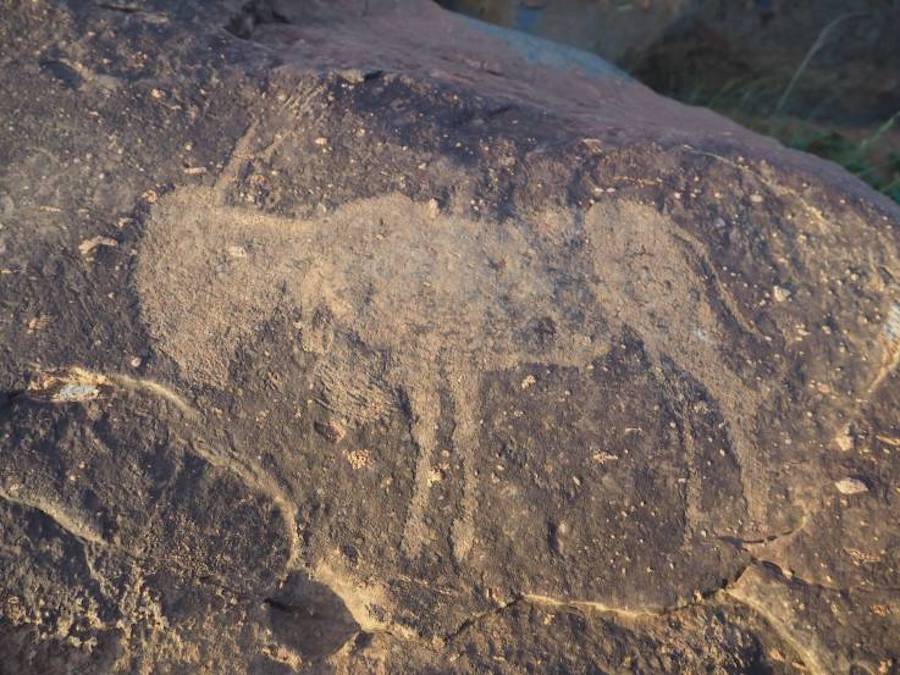 University of the Free StateGeologists and archaeologists are working to examine ancient drawings found in the world’s largest impact crater, Vredefort Crater, in South Africa.

A number of ancient animal carvings were miraculously discovered inside South Africa’s Vredefort Crater, which is the largest confirmed impact crater on earth at 55 miles wide.

Scientists believed that the crater is a result of a giant asteroid impact from some two billion years ago. At the time of impact, the crater is believed to have been closer to 190 miles wide but has since shrunk due to erosion.

A team of international scientists has been working to examine the crater’s geological influences on the surrounding area and now believe that the crater is not only a site for geological and planetary significance but also for understanding the region’s first population of humans.

Newsweek reported that the carvings found in the section of the Vredefort Dome known as the “Rain Snake” depict a hippo, a horse, and a rhino — all animals that were commonly found in the area some 8,000 years ago. Researchers established that the markings were the handwork of the Khoi-San, South Africa’s “First Peoples.” The drawings are believed to have served a role in rain-making ceremonies.

“As scientists, we recognize the special nature of the impact crater, but it was also recognized by ancient inhabitants of the area,” said Matthew Huber, a geographer at the University of the Free State in South Africa.

Huber added that since the markings were considered a significant archaeological finding, he and his colleagues have enlisted the help of local archaeologists to uncover “exactly what was done at these sites and how it influenced the people that were there.” 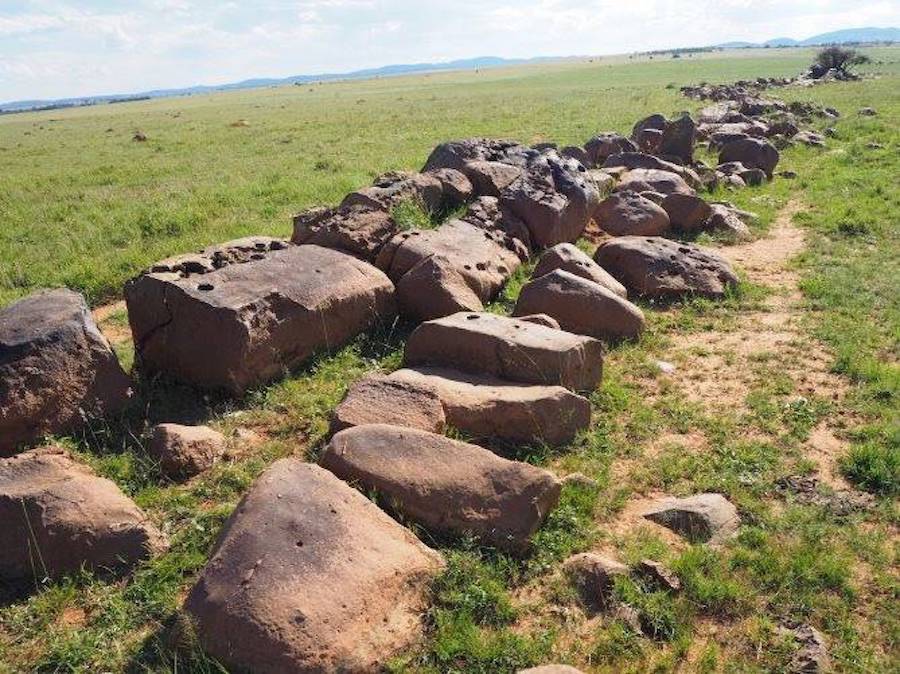 University of the Free StateThe Granophyre Dykes of the Vredefort Crater where the markings were found.

The ancient carvings appear on the exterior of stone structures inside the crater area known as The Granophyre Dykes, which stretches six miles long and 16 feet wide and formed after impact.

The 8,000-year-old markings appear faded on the dyke’s red stone surface yet still clearly depict the shape of the region’s animals. Interestingly enough, the dyke itself had formed a shape similar to that of a rain snake deity, an important figure in Khoi-San culture with powers to summon rain.

According to archaeologists Shiona Moodley and Jens Kriek, who worked at the Vredefort Crater site, Khoi-San mythology believed in a three-tiered universe. The top tier hosted their god and spirits of the dead, the middle tier represented the material or physical world, and the bottom tier held the dead. Snakes were believed to occupy all three realms and were believed to be creatures “of rain.”

The asteroid which created the crater was likely between six and nine miles wide and traveling at almost 43,500 miles per hour when it hit the earth. The impact area is southwest of present-day Johannesburg and is a half of a mile deep.

“If you consider that the original impact crater was a shallow bowl like you would serve food in, and you were able to slice horizontally through the bowl progressively, you would see that the bowl’s diameter will decrease with each slice you take off,” impact processes expert Roger Gibson of the University of the Witwatersrand explained to NASA’s Earth Observation publication.

According to Gibson, the exposed rocks at the site of the crater “preserve an almost continuous record spanning almost one-third of Earth’s history,” and now seems to preserve a chunk of human history, as well.

Next, read five mysteries uncovered by Google Earth. And then, learn how giant craters opened up across Siberia’s “End of the Earth” peninsula.