The halloumi cheese is around 2,600 years old and was discovered in clay vessels decorated with Demotic script. 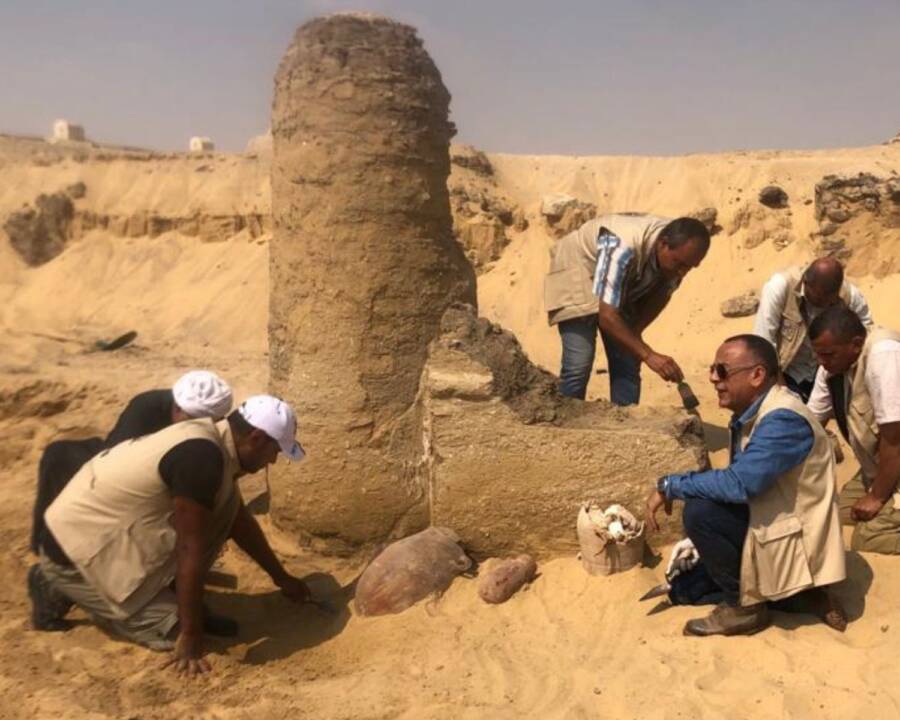 Researchers working at a site in Egypt’s Giza Governorate recently reported a surprising discovery. Within ancient clay pots decorated with Demotic script, an ancient Egyptian form of writing found on the famous Rosetta Stone, they found blocks of white cheese dating back 2,600 years.

According to Egypt Today, the cheese was unearthed during an excavation at the Saqqara necropolis.

The site is especially significant, the Egyptian Ministry of Tourism and Antiquities said, because it contains relics and tombs from several different eras, temples from the Sixth Pharaonic Dynasty, many animal statues, and two 32-foot-long papyri.

Mohammad Youssef Oyan, Director of the Saqqara Antiquities Area, explained that many treasured items were left in ancient tombs as offerings to accompany the deceased in the afterlife. In this instance, cheese was among the offerings.

The ancient cheese dates back to around the 26th Egyptian Dynasty, roughly between 664 and 525 B.C.E.

Per Ancient Origins, the cheese was identified as halloumi, a traditional Cypriot cheese made from a blend of goat, sheep, and occasionally cow milk. It’s known for its “squeaky” texture and is similar to mozzarella.

The cheese can generally be eaten raw, but its high melting point also means it’s perfect for grilling or frying, and it can be substituted for meat in a dish. Modern halloumi is typically made entirely with cow’s milk due to its widespread availability and low cost.

Halloumi reportedly became incredibly popular in eastern Mediterranean cultures. It was first recorded in a 16th-century report by Italian visitors to Cyprus. However, the true origins of the cheese are still unknown. 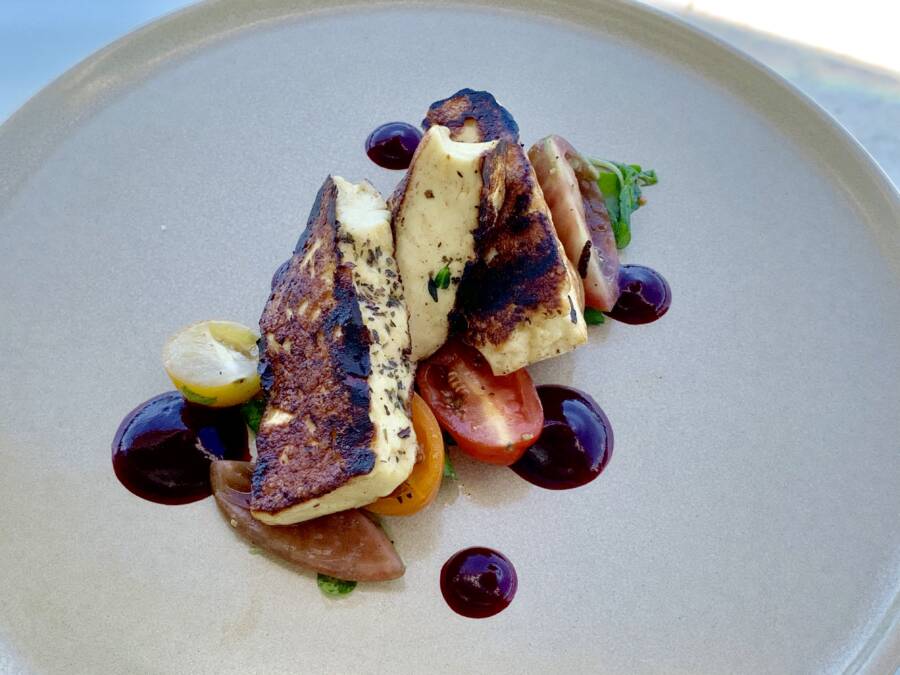 Researchers stated that there are still several sealed clay vessels in the tomb, which they intend to open, hopefully discovering more cheese or other curious offerings.

The new finding marks the second discovery of ancient cheese in the area. The first was unearthed during an archaeological dig in 2018, and it dated back 3,200 years.

That initial discovery was significant because it offered the first evidence of ancient Egyptian cheese production.

“The material analyzed is probably the most ancient archaeological solid residue of cheese ever found to date,” said the University of Catania’s Enrico Greco at the time. “We know it was made mostly from sheep’s and goat’s milk, but for me it’s really hard to imagine a specific flavor.”

Chemistry professor and cheese historian Paul Kindstedt, however, told The New York Times that the cheese would likely have had a “really, really acidy” bite.

Alongside the ancient cheese, researchers also found traces of bacteria they believe could have caused brucellosis, an infectious disease brought on by consuming unpasteurized dairy products. Symptoms of brucellosis include fever, sweating, and muscle aches, similar to the flu.

The disease still exists today, but the ancient bacteria found in the tomb marks the oldest known occurrence of the illness. 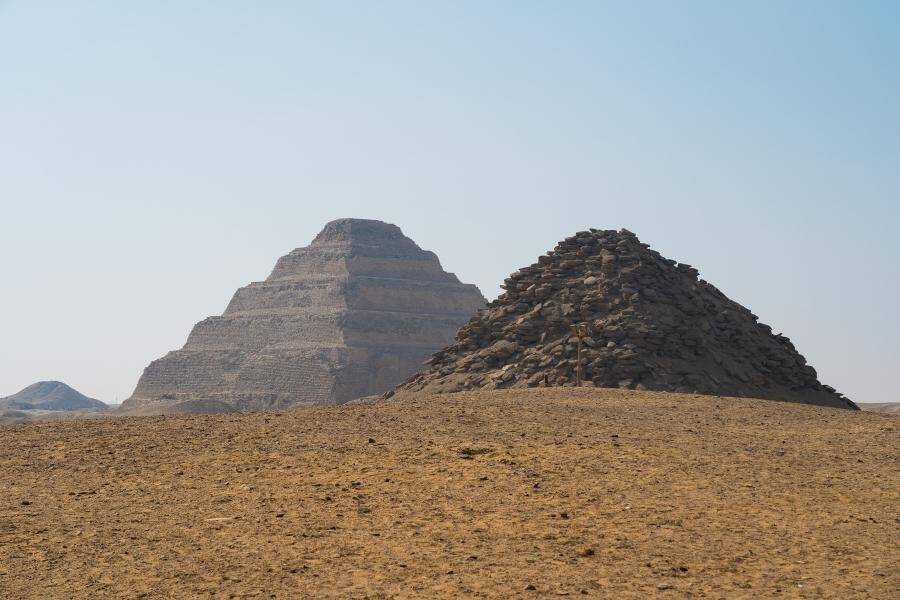 Skazzjy/Getty Images via CanvaSince 2018, research teams at the Saqqara necropolis have unearthed numerous antiquities and sarcophagi.

The research team has only been working at the Saqqara site since 2018, but in addition to the ancient cheese, they have already made numerous important discoveries. The biggest find so far came in 2020, when they discovered over 100 sarcophagi from the Late Period buried in wells, still in pristine condition.

They also found 40 statues of Ptah Suker, the god of the Saqqara cemetery, and 20 wooden boxes of Horus, the Egyptian god of war and the sky.

As of May 2022, 250 sarcophagi with well-preserved mummies have been found and put on display at Saqqara.

Not only did the ancient Egyptians make cheese back in the day, but they also brewed their own beer. Read more about their oldest-known breweries. Then, the discover the most interesting facts about ancient Egypt.