How Did Gary Coleman Die? Inside The Demise Of The Groundbreaking Child Actor

Gary Coleman showed great promise in the 1970s and 1980s, but on May 28, 2010, he fell down the stairs in his Utah home and suffered a fatal brain hemorrhage. 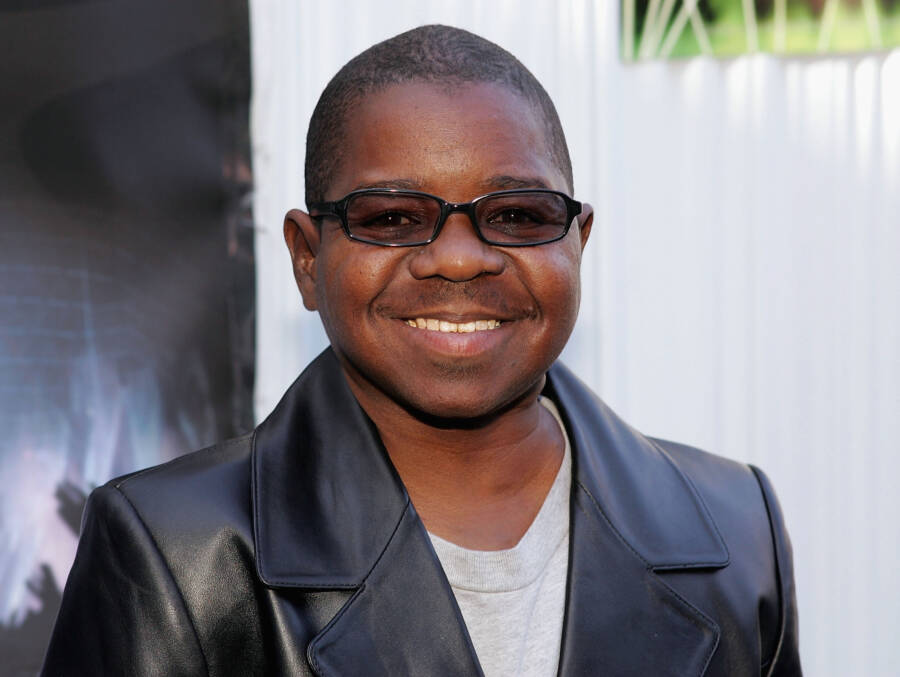 Kevin Winter/Getty ImagesGary Coleman’s death came after more than a decade of financial, medical, and other personal troubles.

After becoming a star thanks to the show Diff’rent Strokes, Gary Coleman was the highest-paid child actor of the 1970s and 1980s. Legendary comedians like Bob Hope and Lucille Ball hailed him as the next big thing in comedy. But in the end, Gary Coleman’s death and the decades of decline that preceded it came to overshadow his early success.

The former child star who became synonymous with the phrase, “Whatchu talkin’ ’bout, Willis?” struggled throughout his life with drug, legal, and domestic problems. Gary Coleman’s later years were plagued by such issues, including financial troubles that eventually forced him to work as a mall security guard as well as other issues that caused him to end up in court — and in the tabloids.

In the end, Gary Coleman died on May 28, 2010 after he fell down the stairs two days earlier inside his home in Santaquin, Utah and lapsed into a coma. However, some say that the story behind Gary Coleman’s death isn’t quite so straightforward.

Born on Feb. 8, 1968 in Zion, Illinois, Gary Coleman was adopted as an infant by a nurse practitioner and a pharmaceutical representative. Right from birth, he had serious health problems.

He was stricken with a congenital kidney defect that would plague him his entire life. At just two years old, he had his first kidney transplant — and would later need another at age 17. Due to his health problems and prolonged dialysis, he stopped growing at four feet, eight inches tall.

His acting career began at nine years old. A Norman Lear Agency talent scout was on the hunt for actors to be in a revival of Little Rascals and cast Coleman in the pilot. While the project ended up not going anywhere, Coleman’s talent was recognized, and he was cast to play the parts of kids half his age because of his stunted growth. 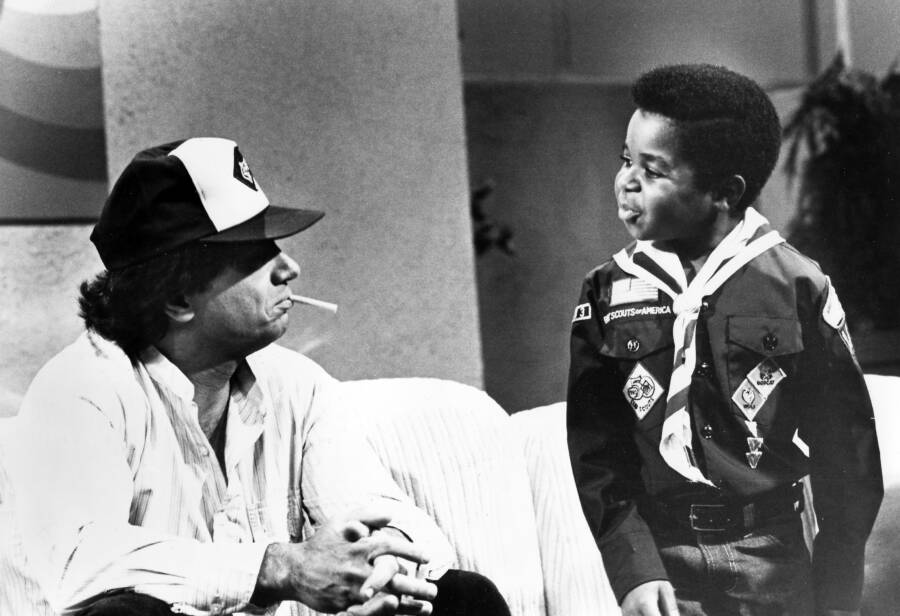 Afro American Newspapers/Gado/Getty ImagesGary Coleman pictured on the set of “Diff’rent Strokes” in 1978.

In 1978, at 10 years old, Coleman had his big break when he was cast as Arnold Jackson on the sitcom Diff’rent Strokes. The series followed Coleman and fellow young actor Todd Bridges as Black orphans living with a wealthy white man. It was here that Coleman’s signature catchphrase, “What’chu talkin’ ’bout, Willis?” was born. He immediately won praise for his comedic timing and had an uncanny ability to steal his scenes.

The series was a hit, and Coleman earned a stunning $100,000 per episode. It also led to other opportunities for Coleman during its run, including in the films On the Right Track in 1981 and The Kid with the Broken Halo in 1982.

With his career on the upswing, he formed Gary Coleman Productions at just 10 years old to help manage his career, with his adoptive parents as his full-time managers. This also meant a steady cash flow for his parents for their roles in his company.

Coleman’s career slowed down with the cancellation of Diff’rent Strokes in 1986, so he was forced to raid his trust fund, which should have been substantial given his salary while on the show. He was nearly 18 at this time and received a nasty surprise.

While managing Gary Coleman’s career, his parents were also taking more of his money than they should have. When he resorted to raiding his trust fund — which should have been worth around $18 million — he was horrified to find there was only about $220,000 left.

This discovery led to a brutal lawsuit against both his parents and his agent for misappropriation when Coleman was 25 years old. The former child star won, but it only earned him about $1.3 million, according to a contemporaneous Associated Press story. The entire episode precipitated a downward spiral for Coleman that included bankruptcy.

In a 1993 television interview, he admitted to attempting suicide twice by overdosing on pills, as reported by CBS News.

Gary Coleman’s Death And The Long Decline That Preceded It 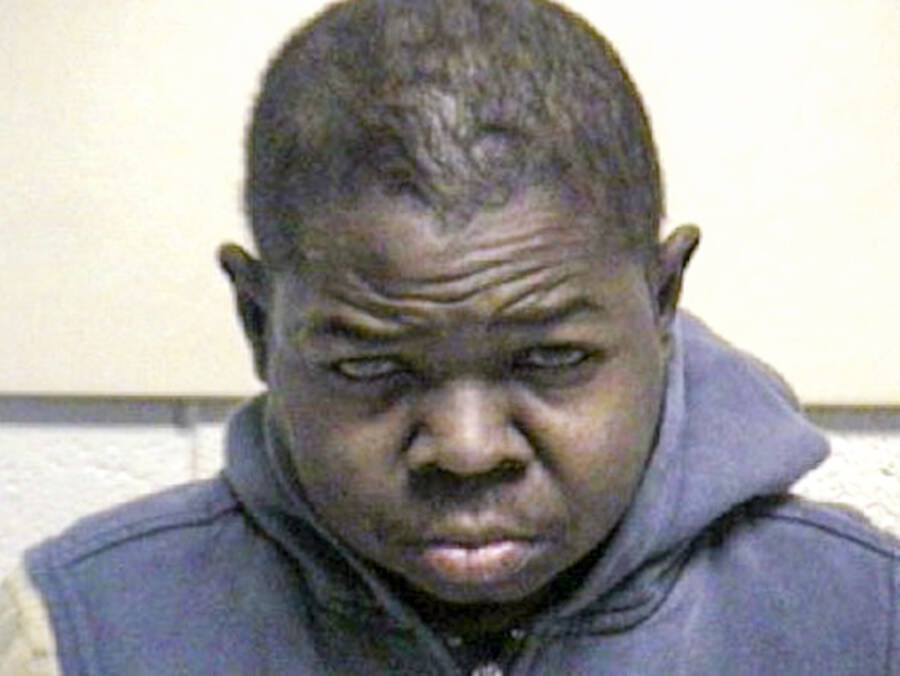 Gary Coleman’s troubles didn’t end with his parents, however, as trouble seemed to follow him his entire life. He moved to Utah in 2005 and, in the first five years he lived here, police were called more than 20 times in connection to him.

There was at least one other suicide attempt during this time, when Coleman reportedly tried to overdose on Oxycontin pills. Other disputes involved his wife, Shannon Price, as well as a fan who claimed Coleman assaulted him at a bowling alley in 2008, as reported by People.

And 2010 would prove to be a bad year for Coleman. He suffered two seizures earlier in the year while recovering from heart surgery months before. One of those seizures took place on the set of the interview show The Insider.

And on May 26, 2010, Coleman tumbled down the stairs inside his Utah home, striking his head and losing consciousness.

Price found him and called 911, saying that there was blood “everywhere.” Coleman had split the back of his head open, but he briefly regained consciousness. He was able to talk with officers when they arrived on May 26, telling them that he couldn’t remember what happened.

Coleman was able to walk with help from the house to the garage, where a gurney waited. He spent the night at the hospital, but things took a turn for the worse later the next day.

Coleman was reportedly awake and lucid on the morning of May 27, so it appeared that he could have been able to recover. Unfortunately, his condition got worse that afternoon, and he slipped into a coma.

Life support was removed on May 28, ending Gary Coleman’s life. And even Coleman’s death was fraught with controversy. Given his troubled relationship with Price — although they had divorced, she was still a regular presence at his home — some tabloids immediately suggested that her decision to end life support amounted to murder.

And Price did little to quell these suspicions when she claimed that despite the divorce, she and Coleman had been living as common-law husband and wife — and she was entitled to his estate. Coleman had stipulated in his will that he didn’t want anyone to attend his funeral who had a financial stake in him, according to People. However, the fight over his estate was so bad that he ended up not having a funeral at all.

In The New York Times‘ obituary, just before Gary Coleman’s death, he was quoted reflecting on how rough his life after child stardom had been.

“I would not give my first 15 years to my worst enemy,” Coleman. “And I don’t even have a worst enemy.”

After reading about Gary Coleman, read about other childhood stars and their tragic lives. Then, learn about the worst stage parents who exploited their kids.