Black Shuck: The Mythic Hellhound Of Medieval England Said To Portend Your Death

"He takes the form of a huge black dog, and prowls along dark lanes and lonesome field footpaths, where, although his howling makes the hearer's blood run cold, his footfalls make no sound." 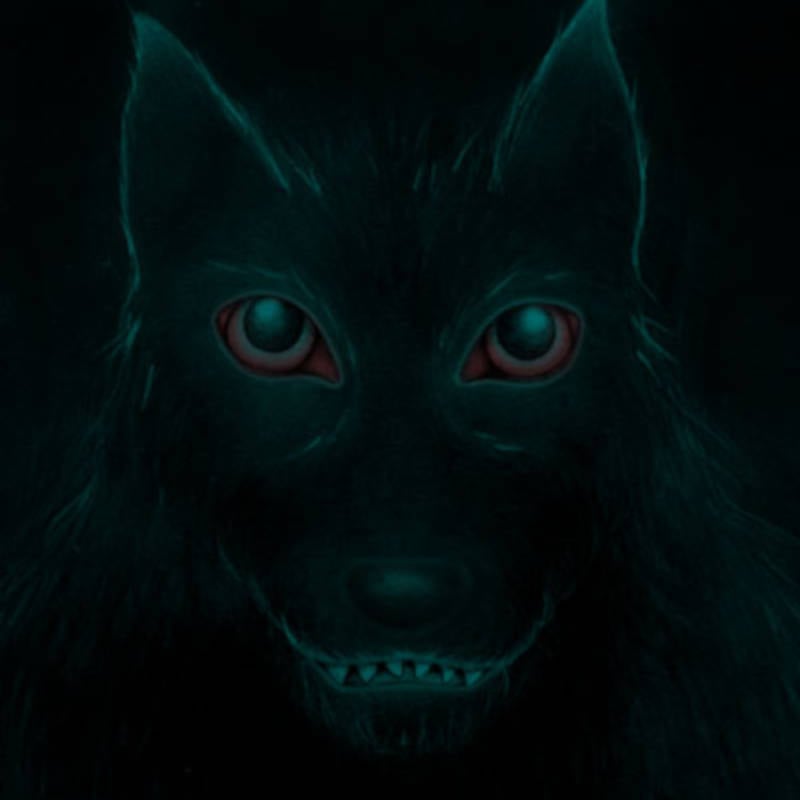 People in Bungay, England know all too well what the Black Shuck can do. One town legend from 1577 says this giant hellhound killed two people who were kneeling in prayer after knocking down the church doors amid a flash of lightning.

The ghostly apparition then traveled 12 miles away to Blythburgh Church, the stories say, where it killed two more people.

Clearly, Cujo and the rest of the world’s most fearsome canines have nothing on the mythical Black Shuck.

The Origins Of The Black Shuck Myth

The first known written text describing a Black Shuck (from the Old English “scucca,” or “devil”) in England goes back to 1127 in the town of Peterborough. Immediately after the arrival of Abbot Henry of Poitou to the Abbey of Peterborough, there was quite a ruckus:

“…it was the Sunday when they sing Exurge Quare o, D – many men both saw and heard a great number of huntsmen hunting. The huntsmen were black, huge and hideous, and rode on black horses and on black he-goats and their hounds were jet black with eyes like saucers and horrible. This was seen in the very deer park of the town of Peterborough and in all the woods that stretch from that same town to Stamford, and in the night the monks heard them sounding and winding their horns.”

Witnesses said that around 20 to 30 of these hellish beings stayed in the area through Lent all the way to Easter, a period of about 50 days. 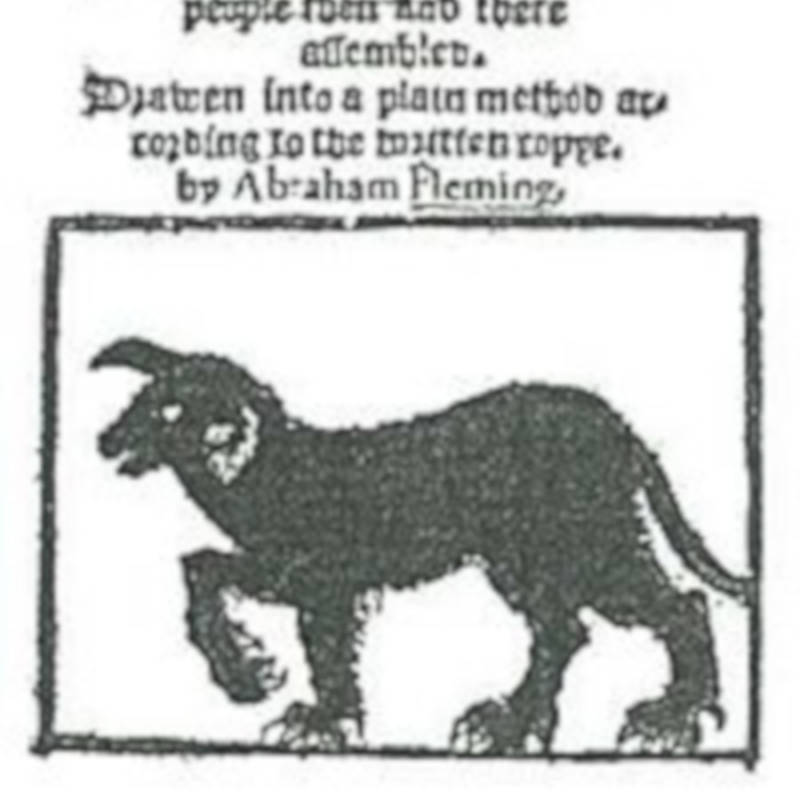 Wikimedia Commons Part of a pamphlet written in 1577 describing a Black Shuck.

The events of 1127 are known as the Wild Hunt. It’s not just an English phenomenon. Stories from across central, western and northern Europe recount loud wild hunts throughout untamed lands — and they help explain the mythological underpinnings of the Black Shuck.

Northern cultures associated wild hunts with the change of the seasons from fall into winter, probably because strong, cold winds came blowing over the landscape and forced people indoors. Anyone who didn’t make it inside during the winter could freeze to death.

Interpreting howling winds as a pack of hunters would thus make sense. People were mythologizing their surroundings as a way to warn people to stay indoors. Winds aren’t nearly as scary as a pack of rabid dogs on the hunt, but the outcome could be same. If someone didn’t flee from the Black Shuck, they could be killed.

Particularly in England, when winds would come howling in from the sea, there were stories of black hellhounds in more than a dozen areas. These include Suffolk, Norfolk, East Anglia (Cambridge), Lancashire, Yorkshire, Staffordshire, Lincolnshire, and Leicestershire.

Descriptions Of The Black Shuck

Anyone who saw a Black Shuck described a large dog with black, mangy fur. These dogs would supposedly be larger-than-normal with some even as big as a horse. They were foaming at the mouth as if deranged, rabid, or ravenously focused on hunting for their next meal. 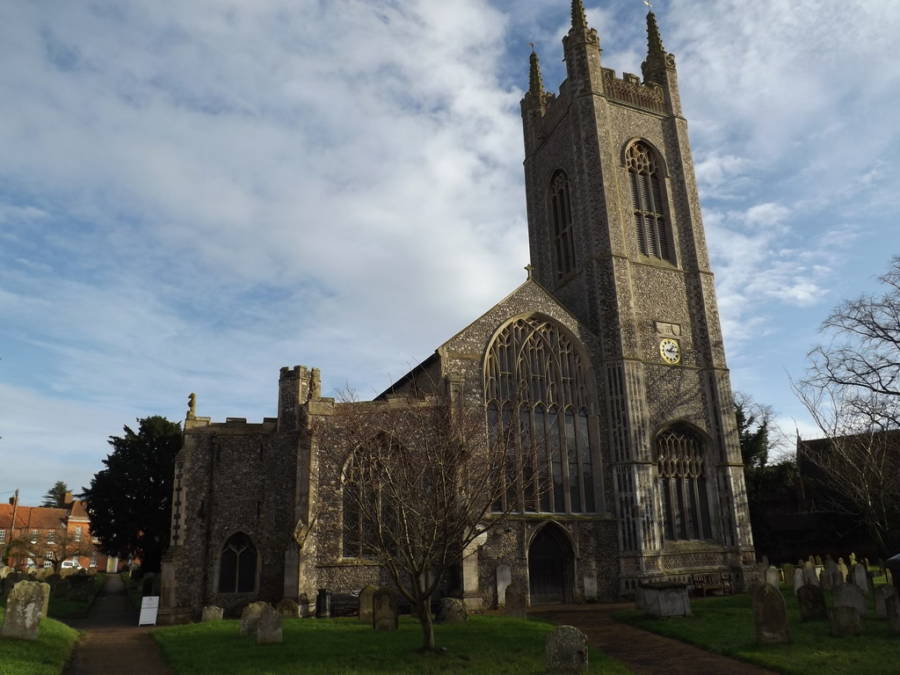 According to one description published in 1901 said:

“He takes the form of a huge black dog, and prowls along dark lanes and lonesome field footpaths, where, although his howling makes the hearer’s blood run cold, his footfalls make no sound… . But such an encounter might bring you the worst of luck: it is even said that to meet him is to be warned that your death will occur before the end of the year. So you will do well to shut your eyes if you hear him howling; shut them even if you are uncertain whether it is the dog fiend or the voice of the wind you hear… you may perhaps doubt his existence, and, like other learned folks, tell us that his story is nothing but the old Scandinavian myth of the black hound of Odin, brought to us by the Vikings… .” 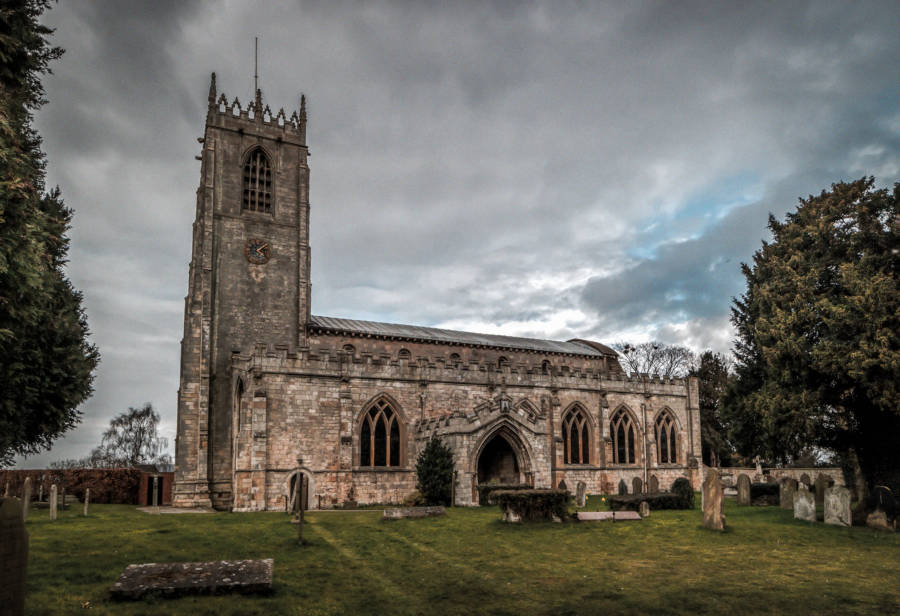 And in addition to the above, perhaps the most distinctive characteristic of the Black Shuck was its eyes, red and big as saucers.

Furthermore, these hellhounds were always said to appear suddenly and without warning, then disappear as quickly as they’d arrived. And if you did catch a glimpse of one, it was believed to be either a protective spirit or a portent of death — a family guardian watching over everyone or a warning of certain doom.

Stories Of The Hellhound

Of course, the Black Shuck was scary because of more than just its appearance. Stories of the creature in action reveal the true depths of its terror.

In the most famous story of a Black Shuck appearance, Rev. Abraham Fleming of Bungay (modern-day Suffolk) wrote a terrifying account of a hellhound’s attack on the church in 1577 in his essay A Straunge and Terrible Wunder:

“This black dog, or the divel in such a linenesse (God hee knoweth al who worketh all,) running all along down the body of the church with great swiftnesse, and incredible haste, among the people, in a visible fourm and shape, passed between two persons, as they were kneeling uppon their knees, and occupied in prayer as it seemed, wrung the necks of them bothe at one instant clene backward, in somuch that even at a moment where they kneeled, they strangely dyed.”

As for accounts of more recent Black Shuck sightings, one man in 1905 claimed that a black dog turned into a donkey and then vanished a few heartbeats later. One four-year-old girl during World War II encountered a large black dog that walked from her window, around her bed, made eye contact with those famous red eyes and then vanished before reaching the door. She didn’t sleep well that night.

A 10-year-old boy wrote in 1974 about an encounter he’d had when he was six. He said he saw a black animal with yellow eyes galloping towards him at night. After he screamed for his mother, she said it was merely a reflection of a car’s headlights from outside his window. The boy read a story about a haunted council house and a black dog spirit, and he then became convinced that his original account of a giant black dog was, in fact, the truth.

The Explanations Behind The Myths

In actuality, sightings of hellhounds or other demonic figures and acts are often inspired by fearsome weather phenomena. For example, the sightings in Bungay are often attributed to massive thunderstorms that caused buildings to collapse. Lightning strikes might burn wooden structures or at least cause a few stones to fall from stone churches — which could be seen as the devil’s work.

During the Black Shuck sighting in Blythuburg in 1577, the steeple at Holy Trinity Church collapsed one night in a terrible storm. There were also scorch marks left on the north door (they’re still there today). Rather than take the storm simply as a storm, some saw the destruction — and resulting deaths of two people — as the work of the devil.

As for the devil’s work, some believe that the reported Black Shuck sighting surrounding the steeple collapse in Blythburg spread so much and stuck in people’s minds because of the Reformation that was sweeping through Europe at the time: The Catholic Church may have been trying to scare people into staying with their church. 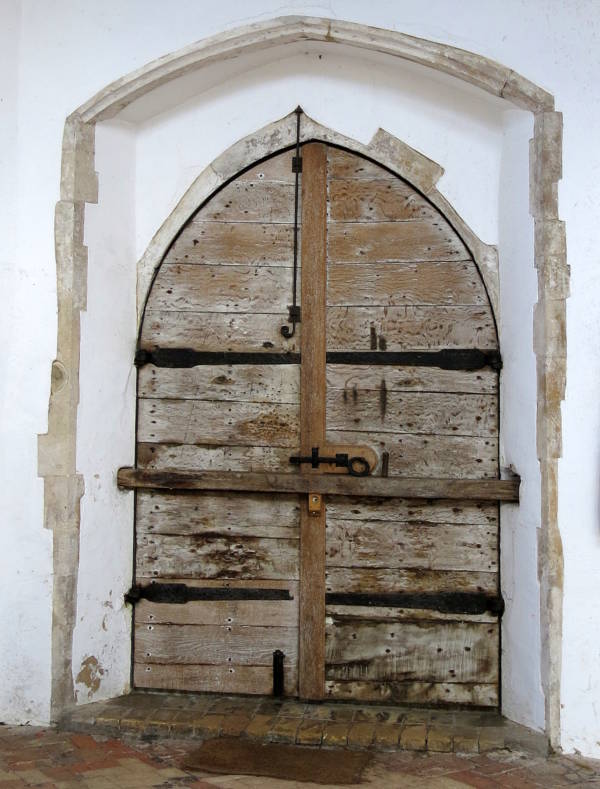 Spencer Means/FlickrThe inside of the door of Holy Trinity Church in Blythburgh. some say those scorch marks were left by a devil dog.

Additionally, stories of scary black dogs could have also spread as a way to teach lessons. Parents may have used stories of the Black Shuck to keep kids out of certain rooms in the house or to stay away from strange dogs, for example.

News of a giant dog skeleton unearthed near an abbey in Leiston (south of Bungay in Suffolk) in 2013 gave the legend of the Black Shuck new life in the present day. Nevertheless, experts believe it was a Great Dane, one of the largest dog breeds in the world. 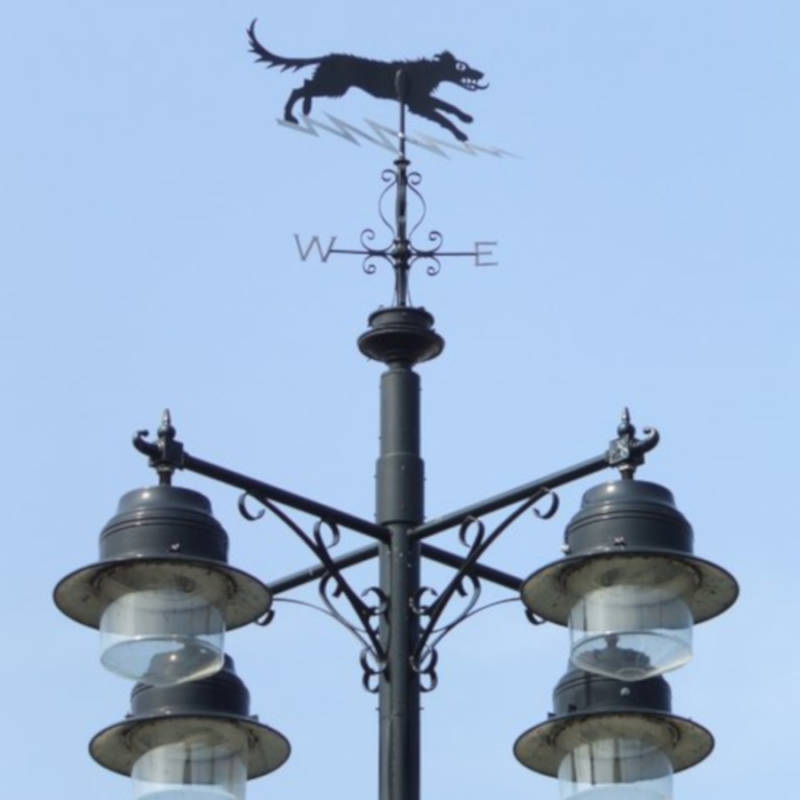 Keith Evans/Geograph.org.uk The top of a street light in modern-day Bungay, England, paying homage to its local legendary monster.

And in the end, perhaps that’s all a “Black Shuck” ever really was: just a massive dog. Irish wolfhounds, St. Bernard’s, Mastiffs, Newfoundlands, and Great Pyrenees are just a few of the dogs that grow to enormous sizes — big enough to inspire exaggerated myths about hellhounds the size of horses, myths that survive for hundreds of years.

After this look at Black Shuck, read up on more of the world’s most fascinating mythological creatures. Then, take a special look at the Wendigo, the terrifying monster of Native American legend.