A world-renowned paranormal researcher and the inspiration for "Ghostbusters," Hans Holzer wrote more than 140 books about his work, including his investigation of the Long Island home that inspired "The Amityville Horror."

Today, there are countless documentaries and television shows about the exploration of haunted houses around the world. For that, we can thank Hans Holzer, the man who is often referred to as America’s first ghost hunter. 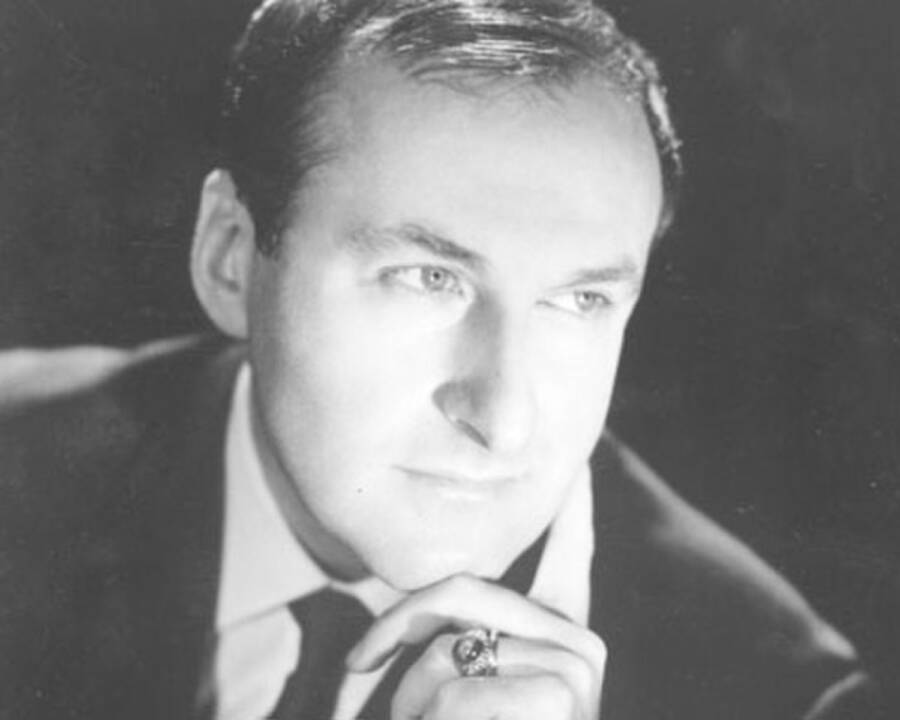 Wikimedia CommonsHans Holzer is remembered today as the “Father of the Paranormal.”

Holzer was a parapsychologist, and he spent his life studying unexplainable phenomena such as telepathy, hypnosis, and the paranormal. He taught courses on the subject at the New York Institute of Technology, but his true passion was traveling the globe to investigate claims of ghostly entities.

Perhaps his most famous job was the investigation of the Long Island home that inspired The Amityville Horror. Working with a renowned medium, Holzer allegedly contacted the spirit of a Native American chief, who explained that the home was cursed.

Holzer died in 2009, but he left behind an eerie legacy that continues to inspire amateur ghost hunters and paranormal experts alike to this day.

Hans Holzer was born in Vienna, Austria on Jan. 26, 1920, and his interest in the paranormal began soon after. When he was in kindergarten, his teacher sent a note home saying that he was scaring the other children with stories about ghosts and fairies that he’d learned from his uncle.

However, it wasn’t until his teenage years that Holzer really began to take ghosts seriously. According to his 1963 book, Ghost Hunter, his passion for the paranormal grew when he read a book called Occultism in This Modern Age by Dr. T. K. Oesterreich, a professor at the University of Tübingen in Germany.

Holzer enrolled at the University of Vienna for a short time in the 1930s, where he studied history, archaeology, and numismatics, according to The New York Times. However, just before the Nazis took over Austria in 1938, he and his Jewish family fled to New York. 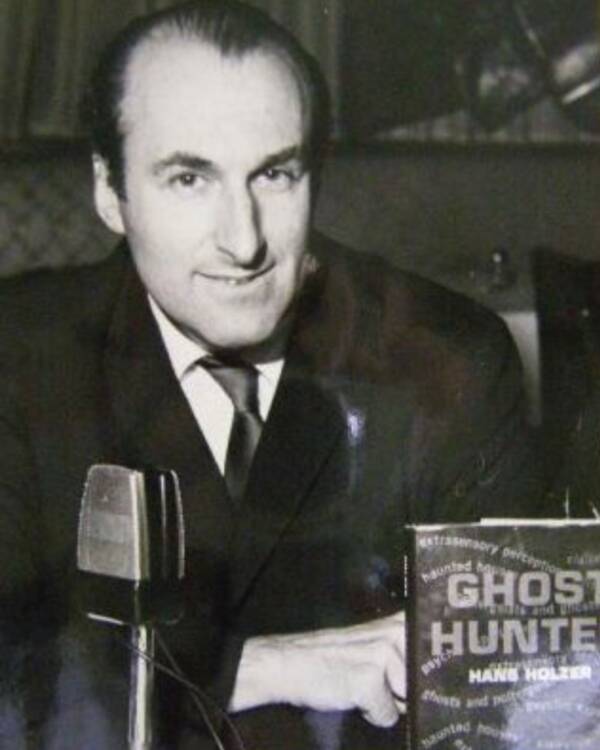 Alexandra HolzerHans Holzer posing with his first book, Ghost Hunter, which was published in 1963.

There, Holzer began studying Japanese at Columbia University before going on to earn his master’s degree in comparative religion and his doctorate in parapsychology from the London College of Applied Science. After finishing his education, Holzer started teaching at the New York Institute of Technology.

By the early 1960s, Holzer had begun investigating reported hauntings in the New York City area. He published Ghost Hunter, the first of around 140 books he would go on to write, in 1963. In it, he documented those early case studies — and soon he was well on his way to worldwide paranormal fame.

In his 1997 book Ghosts: True Encounters with the World Beyond, Hans Holzer defined ghosts as “a surviving emotional memory of someone who has died traumatically, and usually tragically, but is unaware of his death.”

He went on to elaborate that ghosts are “unwilling to part with the physical world,” so they “continue to stay on in the very spot where their tragedy or their emotional attachment had existed prior to physical death.”

Acting under these assumptions, Holzer often worked with mediums in an effort to communicate with the traumatized spirits that were left behind. In his most famous case, Holzer teamed up with medium Ethel Johnson-Meyers to investigate the home where Ronald DeFeo Jr. had murdered his parents and four siblings in the Amityville murders in 1974.

The family who moved into the so-called Amityville Horror house after the tragedy reported hearing disembodied voices, smelling strange odors, and finding an odd slime oozing from the walls and carpets. They moved out after just 28 days, and in 1977, Holzer entered the residence to experience the chilling phenomena for himself. 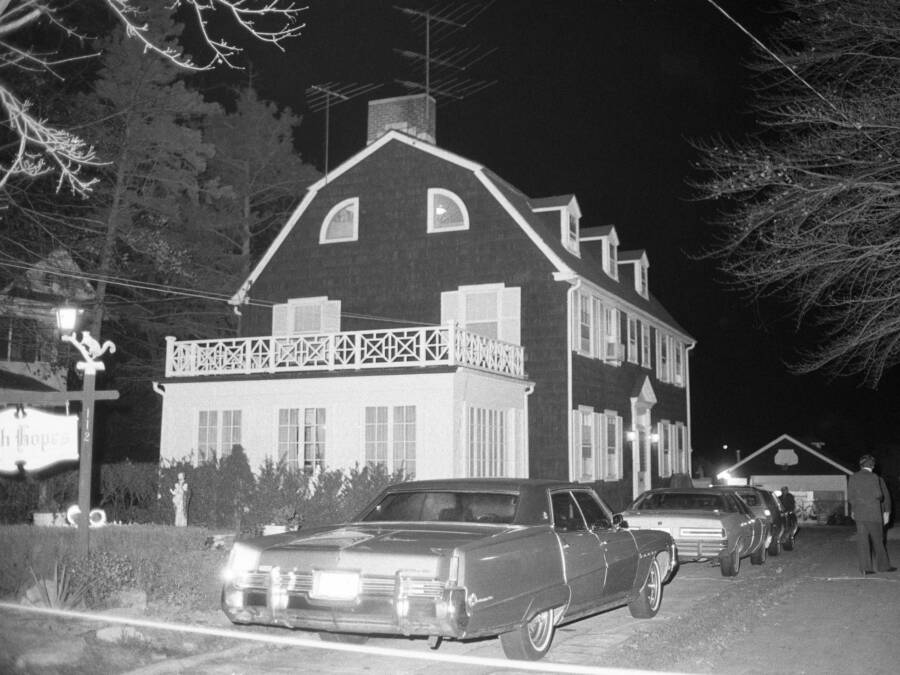 Bettmann/Contributor via Getty ImagesThe Long Island home where Ronald DeFeo Jr. killed his family, and the inspiration for The Amityville Horror.

Holzer and Johnson-Meyers reported making contact with a Native American Shinnecock chief who told them that the house had been built on a sacred burial ground and that an angry spirit had possessed DeFeo to kill his family. And later, when studying photos he’d taken of the home, Holzer noticed eerie halos surrounding the bullet holes from DeFeo’s gun that were in the walls.

Holzer’s investigation of the home is controversial, as historians insist that the Shinnecock people didn’t even live in Amityville. However, he published several books on his experience, including one that inspired the film Amityville II: The Possession.

The Haunting Legacy Of The “Father Of The Paranormal”

Though Hans Holzer is fondly remembered today as the original ghost hunter, he referred to himself as “a scientific investigator of the paranormal.” He disliked the term “supernatural,” as it implied that the phenomena he studied were beyond science

In April 2009, at the age of 89, he passed to “the other side” — a phrase he’s often credited with coining, according to The Sydney Morning Herald. But he left behind a legacy that’s larger than life.

Most notably, perhaps, is the impression Holzer unintentionally left on pop culture. Dan Aykroyd, the writer and star of the 1984 movie Ghostbusters, says Holzer was his inspiration for the hit film. He told Daily Mail in 2013, “I became obsessed with Hans Holzer, the greatest ghost hunter ever. That’s when the idea of my film Ghostbusters was born.” 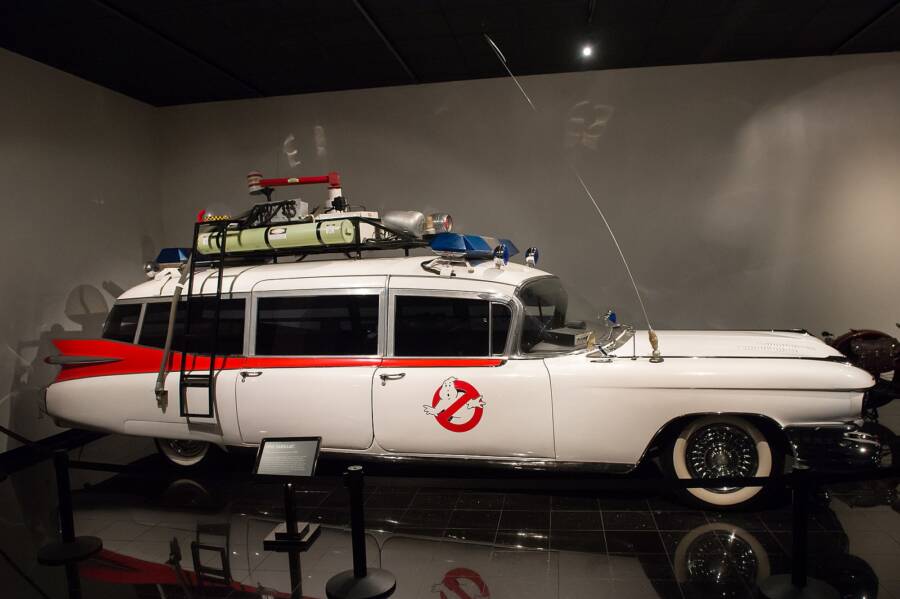 Holzer also lives on through his daughter, Alexandra Holzer, who carries on his legacy to this day and has launched a Travel Channel paranormal investigation show called The Holzer Files.

In an interview published on Ghost Village in 2005, Holzer was asked how he would like to be remembered. He replied, “As a man who told the truth. I won’t have a tombstone. Cemeteries are real estate wastes, and I don’t believe in funerals of any kind. The sooner you burn the body, the better. It’s just a shell. Mankind has a lot to learn.”

After learning about Hans Holzer, read about real-life ghost stories that will have you sleeping with the lights on. Then learn about real haunted houses across the United States.