From Stoner To Merchant Of Death: David Packouz And The Absurd True Story Of ‘War Dogs’

David Packouz went from Miami stoner to international gun runner — all before his 30th birthday. His rise and fall is the real-life inspiration for the 2016 film War Dogs.

David Packouz’s early life was as typically All-American as can be conceived. Raised in a middle-class Jewish family, he preferred smoking weed and bumming around to more serious pursuits. He bounced from school to a Yeshiva in Israel, unsure of what he wanted apart from having a vague passion for music.

He could never have known an old temple buddy named Efraim Diveroli would forever change the course of his life. 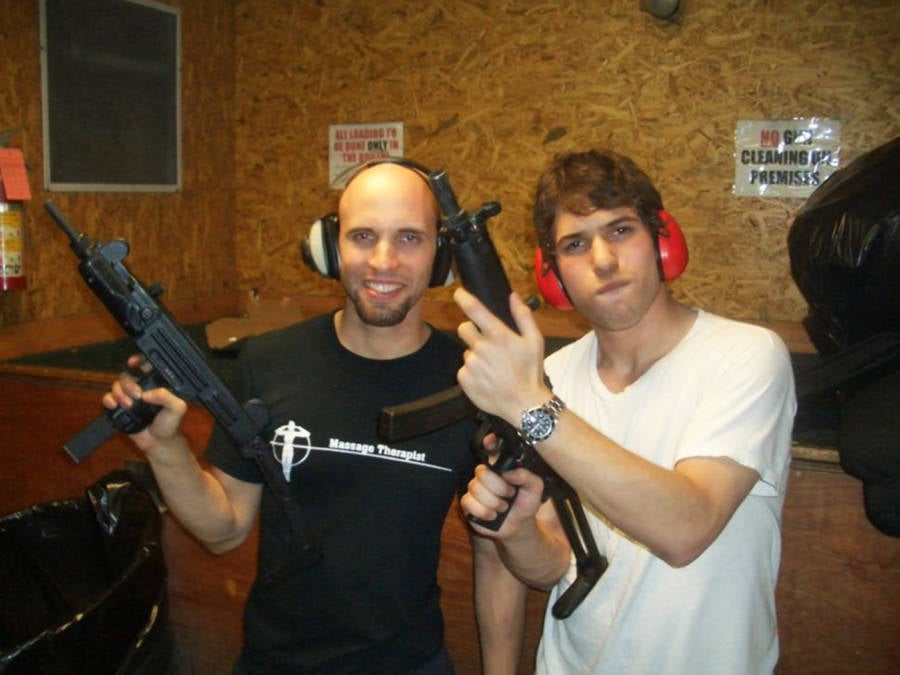 YouTubeDavid Packouz, left, and Efraim Diveroli, right, the two men who star in the true story of War Dogs.

His domain grew from a few square feet of a South Florida beach to the storage yards of Albania, the sleek offices of the Pentagon, and eventually, even as far-reaching as the Middle East. Diveroli offered Packouz a life of extraordinary wealth and privilege, access to echelons of power and geopolitical control as arms dealers, culminating in an adventure dramatized by the 2016 film War Dogs.

All this, well before their 25th birthdays.

From Stoners To Merchants Of Death

In the earlier years of the Bush administration, David Packouz was floundering, but brash Efraim Diveroli was raking in money at a mysterious rate — especially for a young adult. Packouz was working as a masseur while his younger friend was conspicuously living the life of a high-roller — and he wanted Packouz to come along for the ride.

“‘I always thought you were a smart, organized guy, and I need a guy like you in my corner,'” Packouz recalled Diveroli saying.

Diveroli had an unusual start in the munitions world, having been exposed to it as a young teenager and becoming president of his own company, AEY, by 19.

He drafted his friend Packouz to review the thousands of pages worth of contracts and proposals for AEY. Without any formal business or legal training, Packouz still felt suited for the role. “I was good at that. I’d been through Yeshiva, and I’m into studying very arcane documents for hours at a time,” Packouz stated. 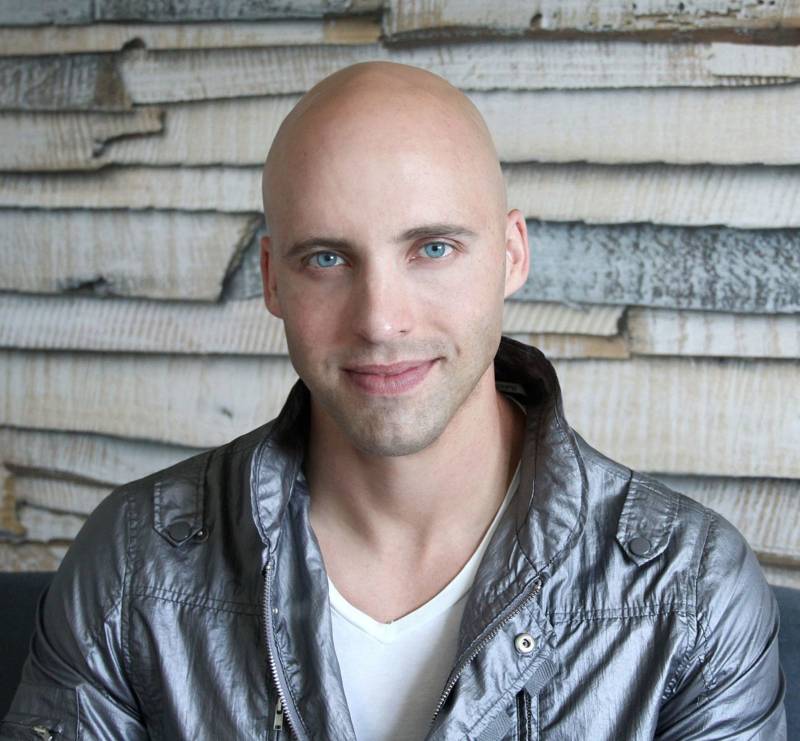 But the story of how these Miami twenty-somethings broke into the world of international smuggling is perhaps the most interesting — and alarming — part.

At the beginning of the military conflict in Afghanistan, the Bush administration relied on multi-billion dollar companies to provide the arms they needed. The administration soon began to prioritize small businesses under the assumption that hungry entrepreneurs would always provide better services at lower prices than governmental bodies.

On this, AEY with David Packouz’s help delivered. They scooped up small contracts that more prominent corporations wouldn’t bother with. The company was a small operation, and despite the officers’ hunger, prices did not reflect the same markups the big military-industrial outfits were able to demand.

Soon the company scooped a $298 million contract for arms and grenades, an amount about $50 million lower than the closest competition. This contract opened the floodgates for more opportunity, including a lucrative order for scarce AK47 ammunition.

The paycheck came with some pretty serious strings. One foul step and the Pentagon would blacklist the entire operation.

Indeed, in an interview with Rolling Stone, Packouz remembered:

“Here I was dealing with matters of international security, and I was half-baked. I didn’t know anything about the situation in that part of the world. But I was a central player in the Afghan war — and if our delivery didn’t make it to Kabul, the entire strategy of building up the Afghanistan army was going to fail.”

The young company celebrated their good fortune with a fair amount of partying including a well-known marijuana habit supplemented with cocaine and karaoke. The way Packouz and Diveroli partied was as indicative of the two personalities as anything else. Packouz was more subtle and unsure, where Diveroli went in guns blazing. According to Rolling Stone:

“Packouz took his performances seriously, choosing soulful music like U2’s ‘With or Without You’ or Pearl Jam’s ‘Black,’ while Diveroli threw himself into power ballads and country anthems, tearing off his shirt and pumping his fists to the music.” 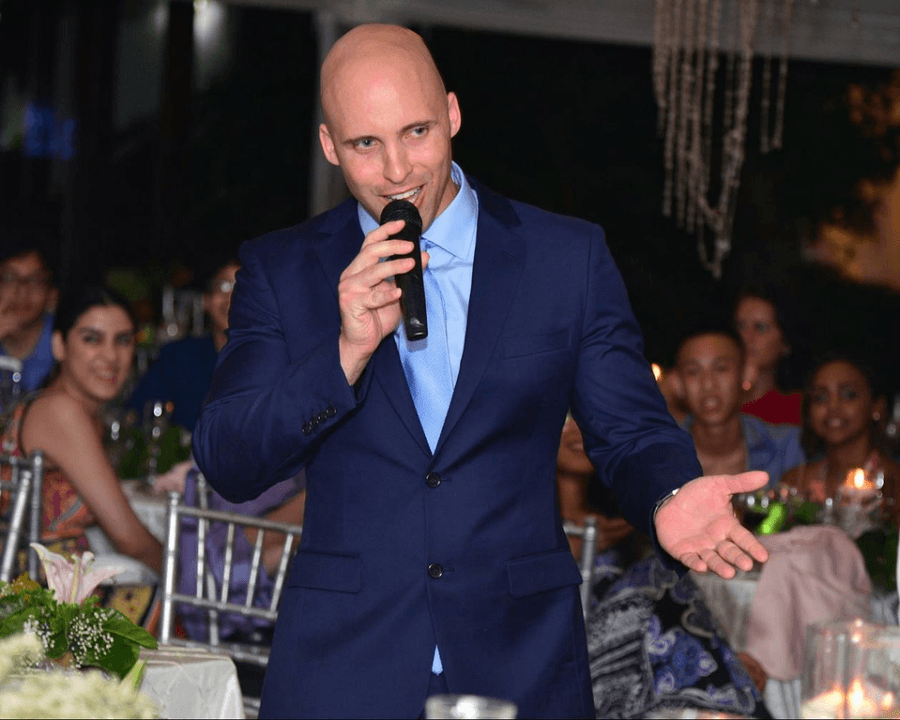 The differences didn’t stop there. The Batman to David Packouz’s Robin, Diveroli was bold, brash, and confident, where his older friend was more timid and grounded. Packouz ultimately found the courage to give himself some credit, with the new title of Vice-President of AEY.

But these decadent highs inevitably reached a low. The arms dealers started to cut corners to meet the American government’s needs and garnered a less-than-stellar reputation with the government.

“Our honest answer is that the ammunition is of a quality that is less than desirable; the munitions do not appear to meet the standards that many of us are used to,” Lieutenant. Col. David G. Johnson reported about Packouz’s business.

In what would prove to be their fatal flaw, the pair decided to purchase weapons from decades-old Chinese stores. While technically illegal, as there were sanctions against the U.S. government buying Chinese arms, the pair decided that ordering the contraband supplies and re-stocking them to hide the Chinese characters was worth the risk.

Meanwhile, according to Packouz, Diveroli was becoming more and more entitled, and harder to manage. His partner’s behavior was ultimately the impetus for Packouz to flip on his former friend.

Packouz Puts Down His Arms

All told, Packouz and Diveroli were charged with 71 counts of fraud and conspiracy. Packouz’s cooperation furnished him with the lean sentence of seven months of house arrest. Diveroli was sentenced to four years in jail. 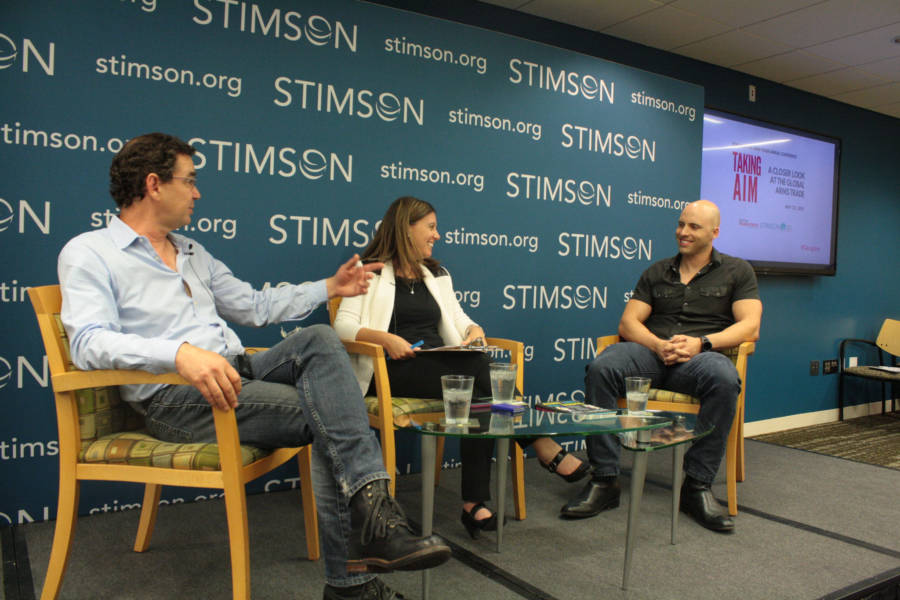 David Packouz speaking on a Forum on the Arms Trade panel.

Packouz’s experience provided fodder for the film, War Dogs. The audacity, the greed, the buddy-cop-meets-warlord vibe was all there, but many facts changed while creating the dramatization. The most significant license the film took was an epic scene where Packouz and Diveroli smuggled guns from Jordan to Iraq, personally braving the warzone called the “Triangle of Death.” They may have been bold, but not quite that reckless.

Packouz went on to live a much quieter life, no longer in touch with his former partner who rocked the course of his otherwise rudderless life. His love of music eventually brought him a more legitimate form of success: in 2014, he invented a drum machine called the “Beat Buddy” and went on to found Singular Sound, a music accessory company.

“I’m so much happier, being able to work in a business where I get to be creative and improve people’s lives.”

As though in a bid to rewrite the last chapter of his life, David Packouz also formed a partnership with the non-profit charity, Guitars Over Guns, to provide music technology to underprivileged youth.

After this look at David Packouz and the real War Dogs, check out more stories about unbelievable military exploits, like this one on fragging in Vietnam, or check out these declassified Vietnam War photos taken by U.S. Army photographers.