As John F. Kennedy was shot in Dallas, a woman wearing a headscarf looked on from the grassy knoll. To this day, the identity of the "Babushka Lady" remains a mystery — and the source of dozens of conspiracy theories.

The moments after the assassination of President John F. Kennedy were pure chaos. People dropped to the ground, covering their heads, while others fled the scene, fearing for their lives.

In the aftermath, police searched for witnesses who could have captured the attack on camera or who had seen where the fatal shot had come from.

Their investigation revealed that hardly anyone had seen exactly what had happened, and if they had been using cameras, they were pointed at the president. Still, the police collected any and all footage of the assassination, hoping for clues.

Then, they found one. Present in almost all of the photos, her face concealed by a headscarf, or a camera, or her hands, was a woman. She appeared to have a camera and appeared to have captured the assassination on film. Immediately the police put out a bulletin requesting information on the woman whom, due to her headscarf, had been dubbed the “Babushka Lady.”

Who Is The Babushka Lady? 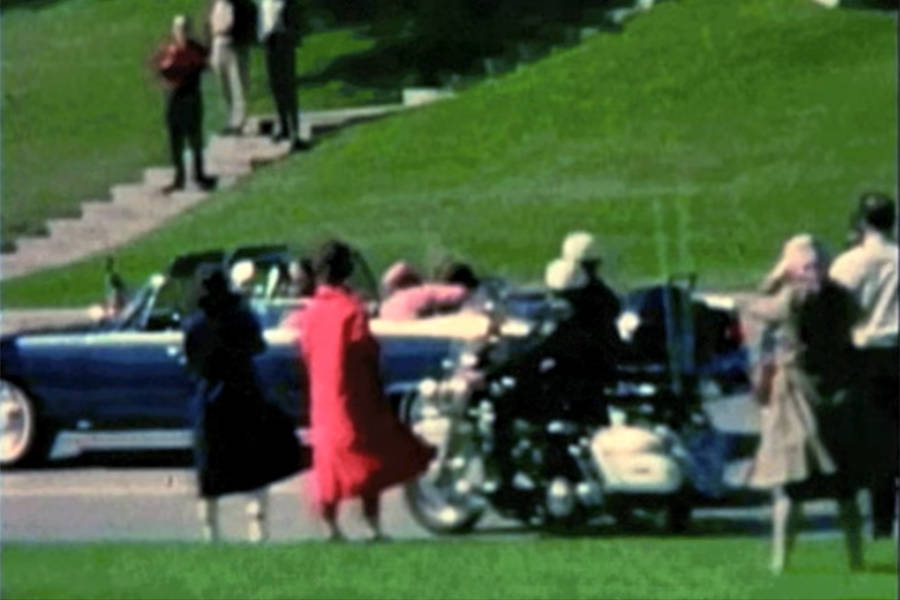 YouTubeThe Babushka Lady, at the far right in a tan trench coat, watches after the first shot is fired.

In the decades since the assassination, the FBI still hasn’t figured out who the Babushka Lady is for certain. Over the years, several people have come forward claiming to be the mysterious woman, but in each circumstance, they were dismissed for lack of proof.

One Babushka Lady suspect, however, stands out among the rest, perhaps because her story was just so outlandish.

In 1970, a woman named Beverly Oliver was at a church revival meeting in Texas, when she revealed to a conspiracy researcher named Gary Shaw that she was the Babushka Lady. She claimed she had filmed the entire assassination on a Super 8 film Yashica camera, but that before she could develop the film two FBI agents had confiscated it.

She admitted that she never saw their credentials, but that they had claimed that they were agents. They told her they would return the film within 10 days, but she never received any kind of confirmation, nor did she ever see the video again. She did admit, however, that she never followed up herself, for fear of being arrested for possessing marijuana.

As her story was picked up by local news crews and documentary filmmakers, her story was embellished. She even claimed, ludicrously, that she knew Jack Ruby personally and that he had introduced her to JFK assassin Lee Harvey Oswald.

Ruby, of course, is the man who famously killed Oswald while he was in police custody. Though there was no proof that they knew each other, Oliver stuck to her story.

As vehemently as she touted her story, those who opposed it did so with as much vigor. Doubters were quick to point out that the camera she claimed to have used, the Yashica Super 8, hadn’t even been produced until 1969, six years after the assassination. Confronted with this fact, she brushed it off, insisting it was an “experimental” model that she got before it was made widely available, and that it didn’t even have a name on it at the time.

Other doubters pointed out the fact that in 1963 Beverly Oliver was a tall, thin 17-year-old and not a short older woman as the image of the Babushka Lady in the videos suggests.

Whether Beverly Oliver’s story was true or not, it immediately attracted the attention of the conspiracy theorists. 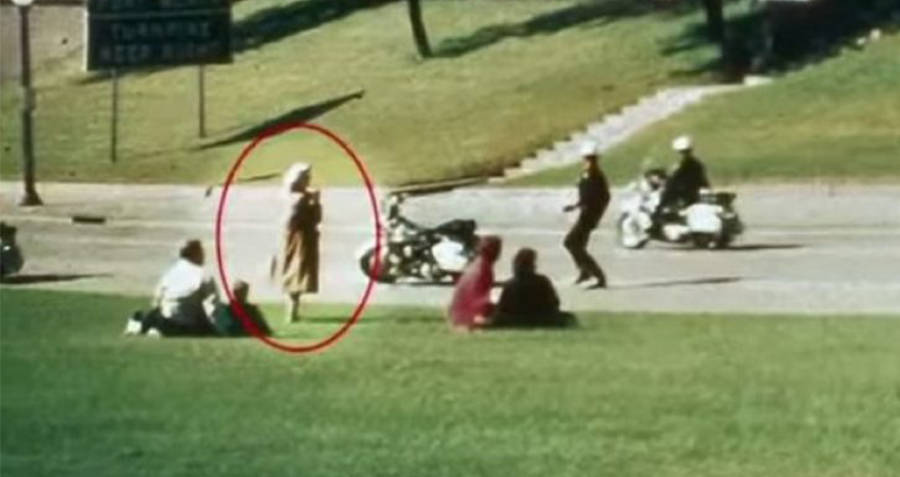 YouTubeAs people crouch to the ground after the shots are fired, the Babushka Lady stands and looks on.

The assassination itself was already under scrutiny, and the presence of a mysterious woman with a camera just lent itself to the wild ideas already circling. Add in the fact that Oliver had claimed FBI intervention, and her story was a theorists dream.

The most common theories were that Babushka Lady was a Russian spy or that she was a dirty government official. Some speculated that she was a member of the Secret Service or that the camera she was holding was actually a gun. Given that Oliver had seemingly come out of nowhere and didn’t fit the description of the lady in the photos, theorists immediately began to suspect that she had a sinister background.

Her mention of the FBI agents taking her camera added fuel to the fire, and before long theorists were using her claims to cry about government coverup. For other theorists, the fact that the camera she claimed to have used hadn’t even been made yet lent itself to the camera gun theory, though that shortly fell by the wayside.

Today, aside from Beverly Oliver, no other leads on the Babushka Lady’s true identity have ever panned out.

Perhaps Oliver’s story is true, and the footage really was taken by people claiming to be FBI agents. But if so, where are they now, and what happened to the footage? Or perhaps the real Babushka Lady is still out there, hidden away and holding on to her little piece of American history.

After learning about the Babushka Lady, take a look at these photos of the JKF assassination that most people have never seen before. Then, read about Clay Shaw, the only man ever tried for the assassination.