Jeffrey Spaide, The Decorated Navy Veteran Who Killed His Neighbors Over Snow Shoveling

After Jeffrey Spaide fatally shot two of his neighbors, James Goy and Lisa Goy, he then turned the gun on himself.

On the snowy morning of February 1, 2021, three bodies were found in Plains Township, Pennsylvania, in what officials ruled a murder-suicide. The deadly incident in the sleepy town came after a heated argument between neighbors — and it had to do with shoveling snow.

At the time, Plains Township was one of several areas in the Northeast to get hit by a massive winter storm, which led to multiple flight cancellations and school closures. Snow totals reached higher than 30 inches in some regions. And the slick, icy roads caused many motor vehicle accidents.

But it was no accident when 47-year-old Jeffrey Spaide fatally shot his neighbors, James Goy, 50, and his wife, Lisa Goy, 48, outside of their home on that bitterly cold February morning. After killing the couple, Spaide retreated into his home — where he then took his own life.

This is the shocking story of Jeffrey Spaide’s murder-suicide — and the tumultuous relationship with his neighbors that preceded it. 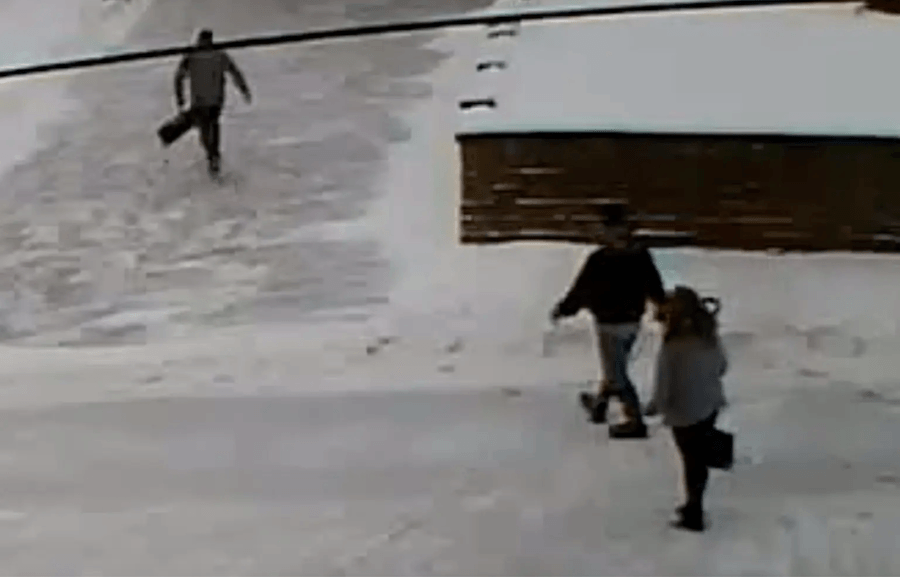 YouTubeJeffrey Spaide (top left) was caught on surveillance footage arguing with his neighbors before shooting them dead.

A decorated veteran, Spaide served in the U.S. Navy during the 1990s, followed by stints in the U.S. Army National Guard and the U.S. Navy Reserve. He also worked for more than 20 years as an engineer. All in all, he lived a seemingly ordinary life until his fateful encounter with the Goys.

But according to The Citizens’ Voice, Spaide and the Goys had never gotten along. They were known to have been involved in several arguments.

“Apparently, there’s been an ongoing dispute between neighbors, some of which involved a dispute about snow disposal and removal,” explained Luzerne County First Assistant District Attorney Sam Sanguedolce. “They’re across the street from each other, and when they would remove snow they would throw it across the street at the other person’s property.”

But despite the volatile relationship between Spaide and the Goys, their fights were never reported to authorities. And Spaide was not generally “known to police” — until his final, fatal argument with his neighbors. 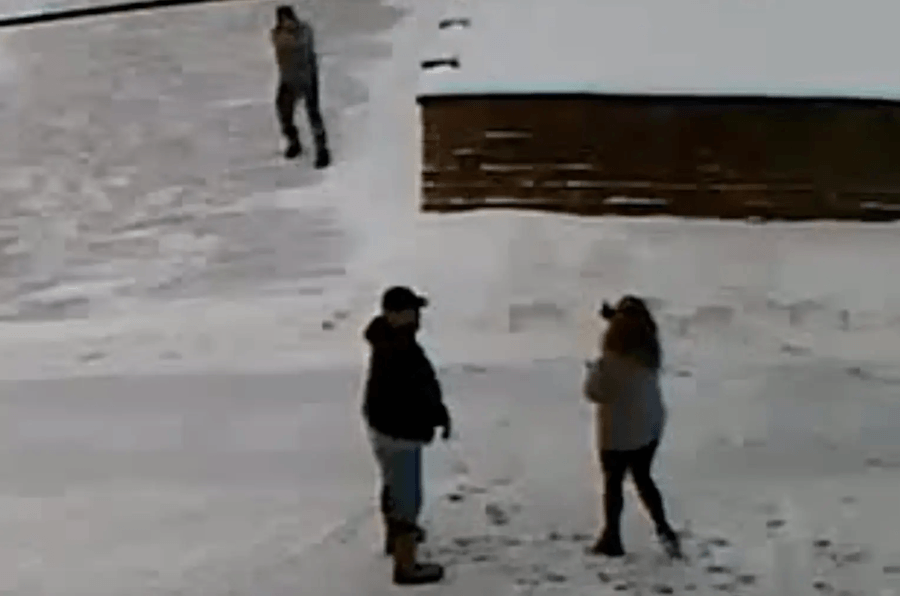 On the morning of February 1, 2021, Jeffrey Spaide began arguing with James and Lisa Goy outside of their home in Plains Township, Pennsylvania. Like many of their earlier fights, this one centered on snow shoveling.

According to NBC News, the Goys shoveled snow from their parking spots and then moved it across the street before dumping it on Spaide’s property. Soon afterward, Spaide emerged from his home and asked the couple to stop. They didn’t. Instead, the conversation devolved into a heated altercation that involved Spaide and the Goys verbally threatening each other, hurling multiple obscenities, and calling each other names.

All of this was captured on surveillance footage, along with the violent escalation of the argument. In the video, Spaide is eventually seen walking down his driveway toward his neighbors, revealing a gun in his hand.

James warned Spaide to “put the gun down,” but Spaide refused to listen. Instead, he began firing, hitting James first before moving on to Lisa. Though the wounded James attempted to flee toward his home, shouting for other neighbors to “call the cops,” Spaide soon shot him again.

Meanwhile, the injured Lisa screamed, “You f**ker, you!” Though Spaide was then seen walking back to his home, he wasn’t done yet, according to CNN.

Instead, Plains Township Police Chief Dale Binker said that Spaide only went inside to replace his handgun with an “AR-style rifle” so that he could continue firing on the Goys, essentially “executing them.”

One of the last things Spaide said to his neighbors before killing them was this: “You should have kept your f**king mouth [shut].” Then, Spaide retreated to his home once more to shoot himself with a third rifle.

The Aftermath Of The Snow-Shoveling Shooting 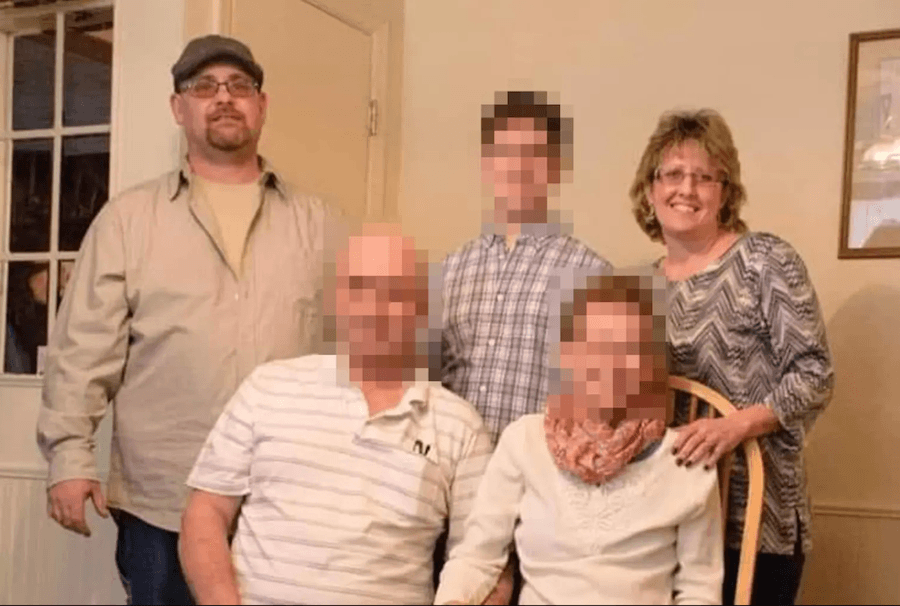 Police responded to the chaotic scene a little before 9 a.m. that morning. By that point, locals had reported hearing several rounds of gunfire go off earlier in the day. Additionally, Jeffrey Spaide was allegedly seen pacing inside of his home before the final shot was heard — when he died by suicide.

Authorities quickly discovered the bodies of the Goys outside in the snow. Shortly thereafter, they found Spaide’s body inside his house. Before long, police determined that Spaide had killed the Goys before he had turned one of his rifles on himself, dying of a self-inflicted gunshot wound.

The gruesome murder-suicide — and the expletive-filled argument that preceded it — quickly garnered strong reactions from many people.

Some expressed sympathy for the Goy family, especially since the deceased couple left behind a 15-year-old autistic son who will now need to be cared for by his grandparents. One woman in France who identified herself as a relative of the Goys said the couple didn’t “deserve a tragic death like cattle.”

However, others came to the defense of the deceased Spaide, arguing that he had endured bullying from his neighbors for too long and that he had reached his breaking point. Meanwhile, others were simply shocked that an argument over something like snow shoveling could end so violently.

But one thing is certain: both Spaide and the Goys leave behind many loved ones who desperately wish that morning had ended differently.

After learning about Jeffrey Spaide’s murder-suicide, discover 11 of history’s most unmerciful revenge stories. Then, take a look at vigilante stories about ordinary citizens who took justice into their own hands.