Archaeologists In Israel Discovered A 1,200-Year-Old Piggy Bank Of Gold Coins Just In Time For Hanukkah

The research team has compared the rare discovery to "Hanukkah gelt," a customary gift of gold-foil chocolate coins given to children during the Jewish holiday. 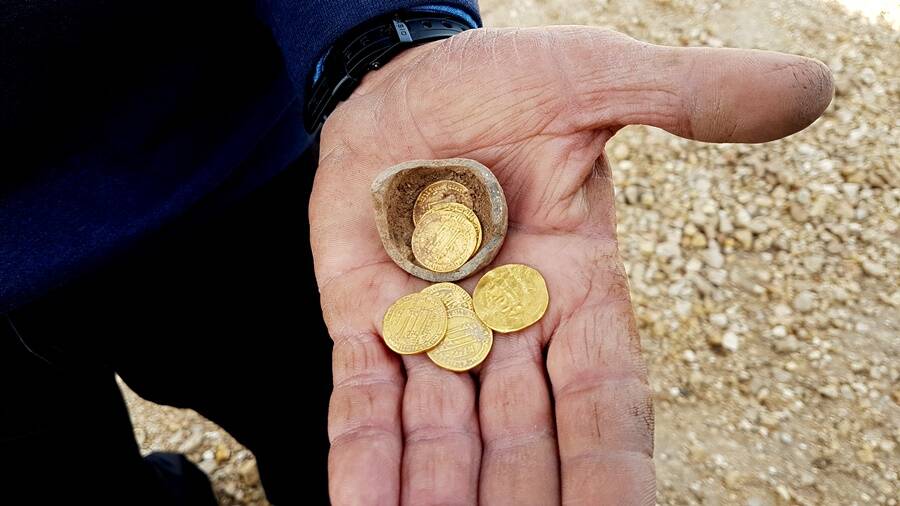 Liat Nadav-Ziv/Israel Antiquities Authority
The collection of rare gold coins, also known as dinars, is from the seventh to ninth centuries.

For archaeologists, the best holiday gift is perhaps the discovery of a rare and ancient artifact.

Last week researchers were given just that when they uncovered a 1,200-year-old clay jug in Yavne, the central region of Israel.

Only part of the artifact could be recovered but scientists were still able to ascertain that it was perhaps meant to be some sort of piggy bank as it held a small collection of seven gold coins inside it.

The research team has enthusiastically dubbed the coins “Hanukkah gelt” for the gold-foil coins of chocolate children receive on the Jewish holiday which had just passed when the bank was uncovered.

According to Live Science, the gold coins are estimated to date back to the region’s earlier Islamic period during the seventh to ninth Centuries CE.

Caliph Haroun A-Rashid, the historical figure who inspired the famous One Thousand And One Nights tale, ruled the territory during this time.

“I was in the middle of cataloging a large number of artifacts we found during the excavations when all of a sudden I heard shouts of joy,” said archaeologist Liat Nadav-Ziv who is co-director of the excavation.

“I ran towards the shouting and saw Marc Molkondov, a veteran archaeologist of the Israel Antiquities Authority [IAA] approaching me excitedly,” Nadav-Ziv continued, “We quickly followed him to the field where we were surprised at the sight of the treasure.” 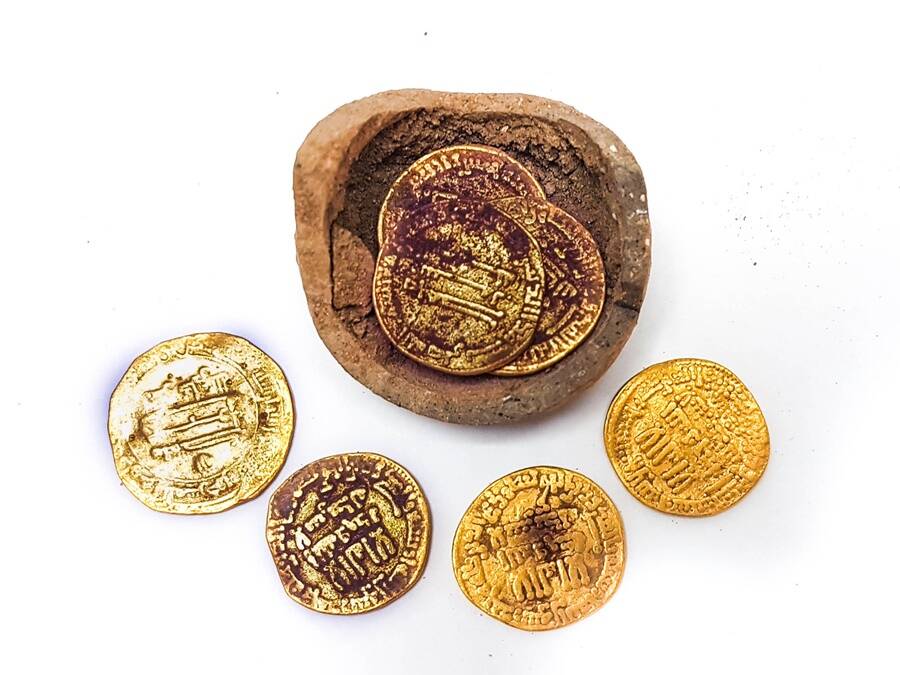 Liat Nadav-Ziv/Israel Antiquities AuthorityThe gold coins were found in a broken clay pot which they believe was actually an ancient piggy bank.

“This is without a doubt a unique and exciting find especially during the Hannukah holiday,” Nadav-Ziv concluded.

According to Robert Kool, an expert on ancient coins at the IAA, the discovery is a rare find in Israel because these gold dinars were actually issued by the Aghlabid dynasty that ruled in North Africa — now modern-day Tunisia.

Meanwhile, the small broken jug which carried the coins was discovered near the entrance to an old pottery kiln. The kiln itself is part of a larger network of production kilns at the Yavne excavation site which appears to have effectively been an ancient industrial-style pottery factory.

Ceramic pots were used for various purposes, such as storing and preparing food, as well as dining. But the research team believes that the small jug they found likely belonged to one of the area’s potters who used it as a personal bank. 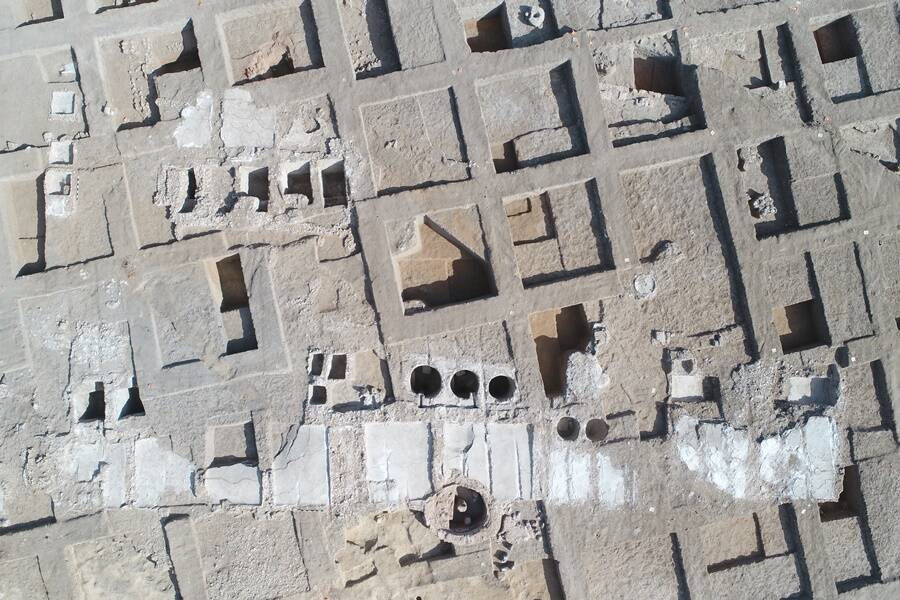 In a different location at the Yavne excavation site, researchers have also discovered an industrial installation for wine production dating back to the region’s Persian period in the fourth and fifth centuries BCE.

An analysis of the ancient wine-making installation revealed ancient grape seeds and, since the number of wine vats greatly outnumbered the population of Yavneh, was likely set up for mass commercial production and exportation.

But this isn’t the first time researchers in Israel received special gifts during Hanukkah. In 2018, a similar discovery of gelt made up of 24 pieces of 900-year-old gold was unearthed in the town of Caesarea.

The excavation efforts at Yavne are ongoing and funded by the Israel Lands Authority prior to the building of a new neighborhood in the area. Until then, researchers may soon be gifted more surprises from history.

Next, read about the 9,000-year-old city unearthed near Jerusalem which archaeologists have called a “game-changer.” Then, take a look at the hundreds of ancient Roman gold coins worth millions today that were found in Italy.