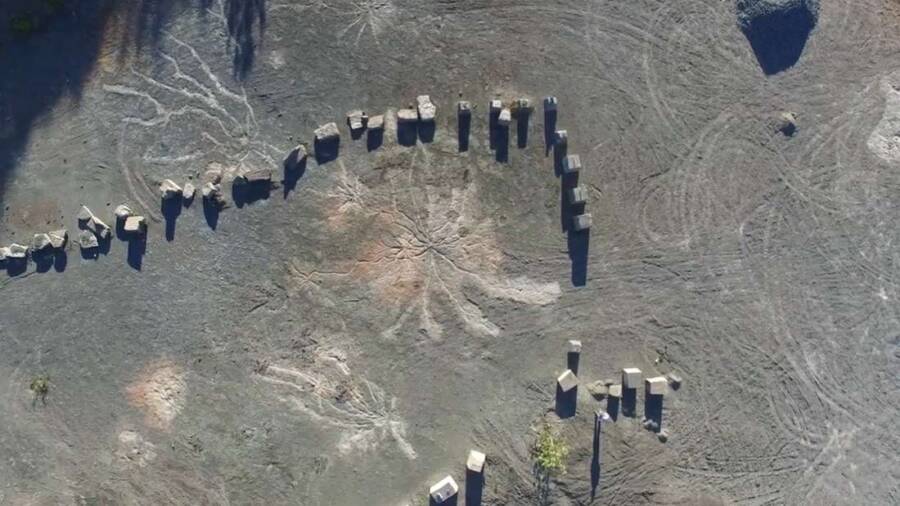 Sitting in an abandoned quarry in upstate New York, researchers have found the remains of a 385 million-year-old forest that’s now the earliest-known find of its kind on planet Earth.

The fossilized root structures discovered in Cairo, New York were once the foundation of a forest that’s 2 or 3 million years older than the previous record-holder, according to CNN.

Researchers hypothesized that the trees were wiped out by a great flood that left the remains of the root structures — as well as some fish — behind. But however these trees disappeared, their roots’ remains have left behind stunning patterns that mark the quarry’s grounds to this day. 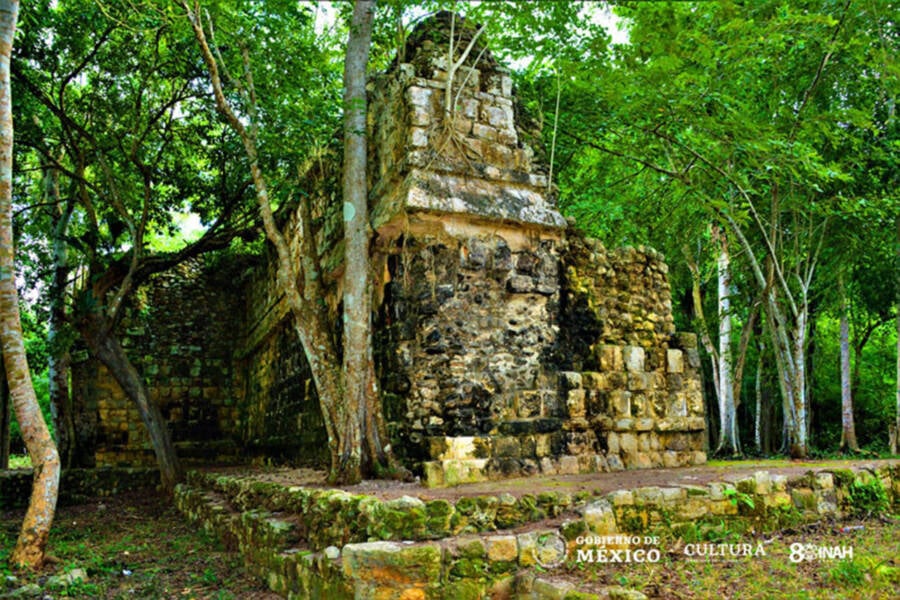 Mauricio Marat/Mexican National Institute Of Anthropology And HistoryThe remains of the Mayan palace, believed to be at least 1,000 years old, recently discovered in Kulubá, Mexico.

It’s 180 feet long, more than 1,000 years old, and might just be one of the most striking finds in all of Mayan archaeology.

On Dec. 24, the Mexican National Institute of Anthropology and History announced that researchers in the city of Kulubá had found a Mayan palace used during two periods of the civilization’s history between 600 and 1050 A.D.

With six rooms of its own, the palace fits into part of larger complex including an altar and a burial site with bones that archaeologists are still working to survey.

“This is just the start of the work. We are only just uncovering one of the largest structures on the site,” said lead archaeologist Alfredo Barrera Rubio.

As work continues at the site, researchers will attempt to preserve and restore the structure as best they can. But for now, this stunning site is off limits to the public. Though one thing we do know for now is that the architectural details on the palace were likely designed to make the building resemble a giant snake.

1,200-Year-Old Piggy Bank With Gold Inside Found In Israel 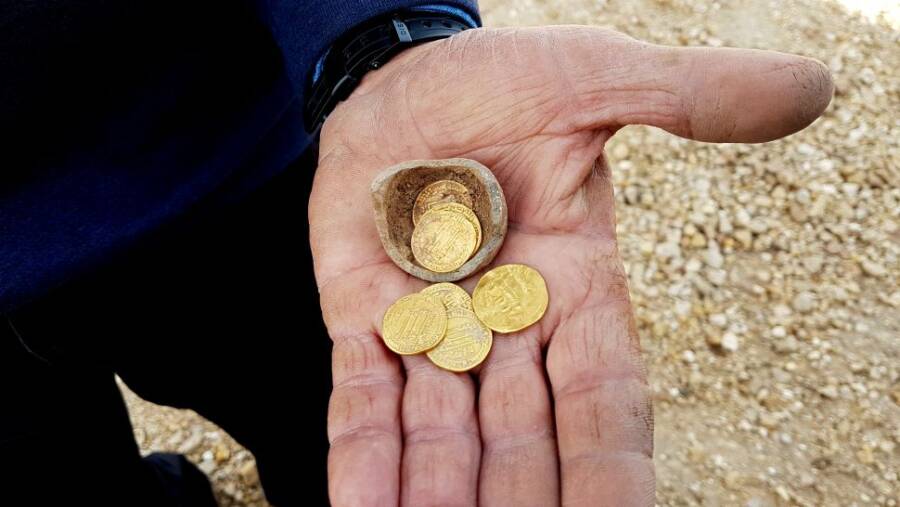 Liat Nadav-Ziv, Israel Antiquities AuthorityThe gold coins and small piece of pottery in which they were found.

During the last week of December, as Hanukkah was concluding, researchers in Yavne Israel found an ancient “piggy bank” complete with “Hannukah gelt.”

The small piece of pottery dating to about 1,200 years ago indeed contained seven gold coins. The entire find was made at the site of what was then a pottery production facility that included a number of kilns.

Researchers working at the site have made other finds including a wine-making facility and a number of other ceramics. However, the “piggy bank” believed to contain the personal coin stash of a potter who worked at the site has understandably attracted much of the attention thus far.