How The Tirpitz Went From Nazi Flagship To Naval Calamity

The German battleship Tirpitz was the largest ever built by a European power but proved too costly to risk in an actual battle. The British blew it up anyway. 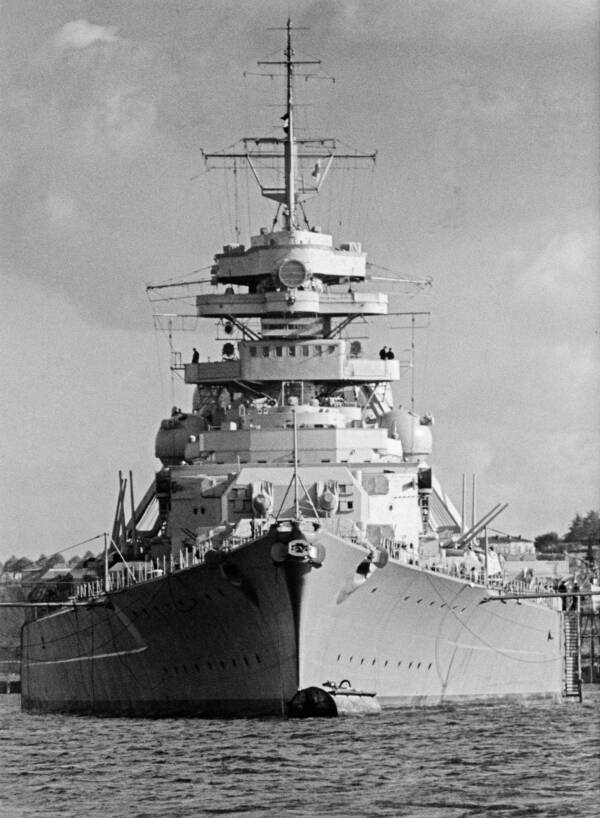 In 1939, the German navy launched the Bismark-class battleship Tirpitz as a challenge to the British navy that had total dominance of the North Sea.

It was a formidable adversary by any measure, yet the Tirpitz was little more than a showpiece during the war as the German navy struggled to find an appropriate role for the warship.

The Tirpitz, The Leviathan Of The German Imperial Navy

The German battleship Tirpitz was the heaviest and most fearsome battleship ever deployed by a European power. At over 50,000 tons when fully loaded, the Bismarck-class warship was over two football fields long and capable of a top speed of 30.5 knots — about 35 miles an hour.

It was armed with a main battery of eight 15-inch guns in four twin turrets, more than 50 smaller guns of various sizes, and eight torpedo tubes. It had a crew complement of 2,608, 108 of which were officers, and at a cost of 200 million Reichmarks between the two Bismark-class battleships — the Bismark was slightly smaller than the upgraded Tirpitz — the Tirpitz cost the equivalent of about 900 tanks.

Operations In The Baltic Sea And North Sea 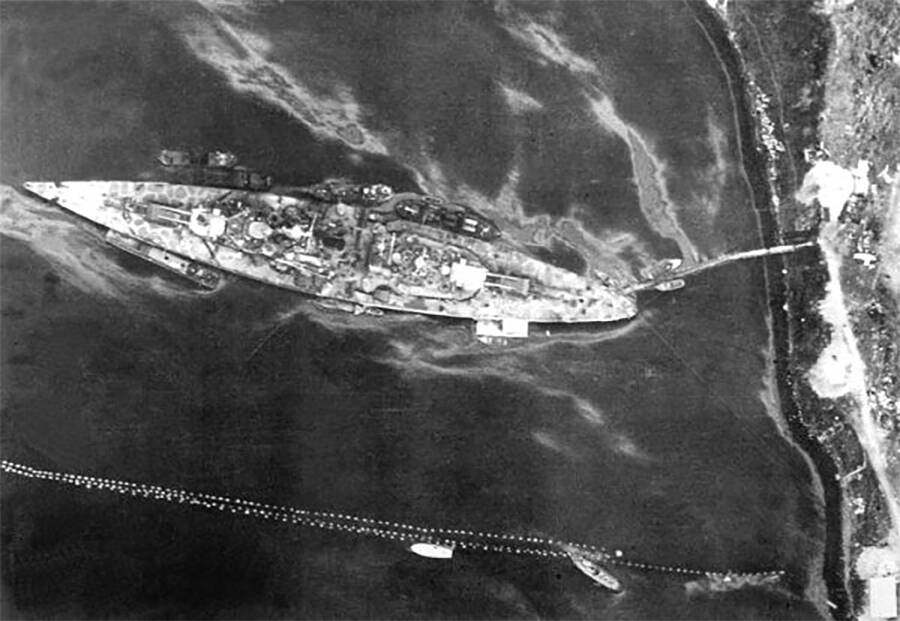 Germany deployed the Tirpitz in late 1941 as the flagship of their Baltic Fleet, where it was used to prevent the breakout of the Soviet Union’s Baltic fleet stationed in Leningrad. It saw no action in this operation, its presence apparently enough to successfully keep the Soviet navy bottled up.

In January 1942, the Tirpitz was sent to Norway as a means of diverting British sea power to the North Sea instead of other theater areas.

The Tirpitz was a fearsome threat that weighed heavily on the planners of the British Navy, acting as a “fleet in being.” Its presence in the North Sea alone, even when at anchor at Kåfjord in Norway, required the British navy to devote considerable naval resources to guard against any action the German navy might have planned.

But those forces, in the end, proved effective in deterring any major operation involving the Tirpitz. The German naval command was hesitant to use their prized battleship in any operation where it might be seriously damaged, and so while the Tirpitz could pull British resources from other areas, it could do very little itself, rendering the awesome might of the battleship worse than useless. As the war went on, 900 additional tanks would have been much more useful to the German army.

The only major offensive action involving the Tirpitz came on Sep. 8, 1943, when its battlegroup bombarded allied forces on the island of Spitzbergen. It would be the only time the Tirpitz would fire its main guns. 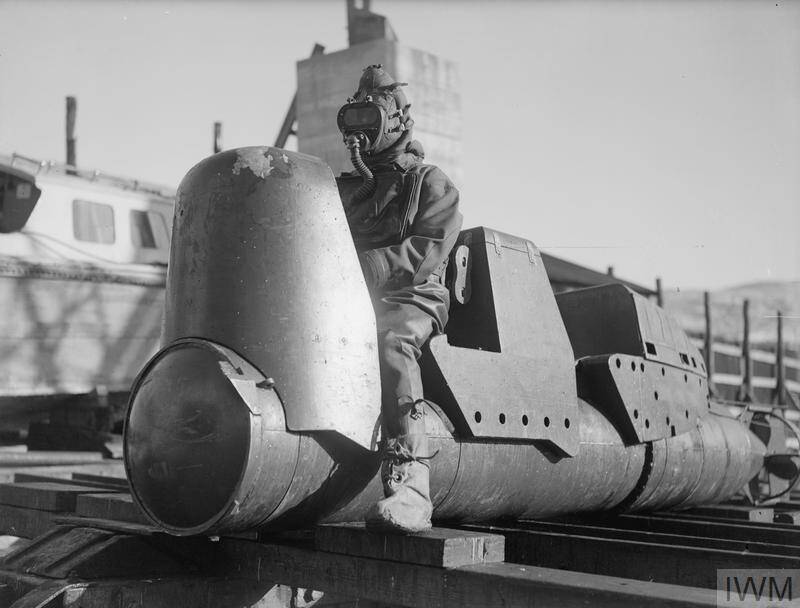 Already, the British were determined to sink the Tirpitz. On March 27, 1942, the British launched an operation to neutralize the German harbor facility at St. Nazaire, which was the only port capable of servicing the mammoth Bismarck-class battleships. The bold commando raid, led by the Special Operations Executive, succeeded in knocking out the German docks.

The British then concentrated its tactical energies on destroying the Tirpitz. From January to April 1942, the British launched multiple air assaults on the battleship. None were successful.

The British then rethought their strategy and opted for an underwater assault. The first of these was dubbed Operation Title. It was a unique mission more suitable to pages of a campy James Bond movie than the fighting theaters of World War II.

Human-manned chariot torpedoes were towed to Fottenfjord where the Tirpitz was moored and the plan was for these torpedoes to streak underwater toward the battleship. Mines were then to be laid using a delayed fuse which would allow enough time for the charioteers to escape.

However, bad weather wrenched the chariots from their tow cables wrecking the plan before it was even launched and the British navy had to go back to the drawing board.

The British decided to risk another attack, but this time instead of chariot torpedoes they decided to deploy a flotilla of the newly developed X-craft.

X-craft were called midget submarines for good reasons; each X-craft was just over 51 feet long and not even six feet abeam and the 35-ton miniature vessels could only hold a complement of four submariners.

When compared to the terrible majesty of the Tirpitz, the notion that such tiny craft could take out such a large vessel seemed ludicrous. But it was thought that the tiny X-craft were capable of sneaking through the harbor defenses to lay devastating explosive charges on the battleship. A plan was set and dubbed Operation Source. 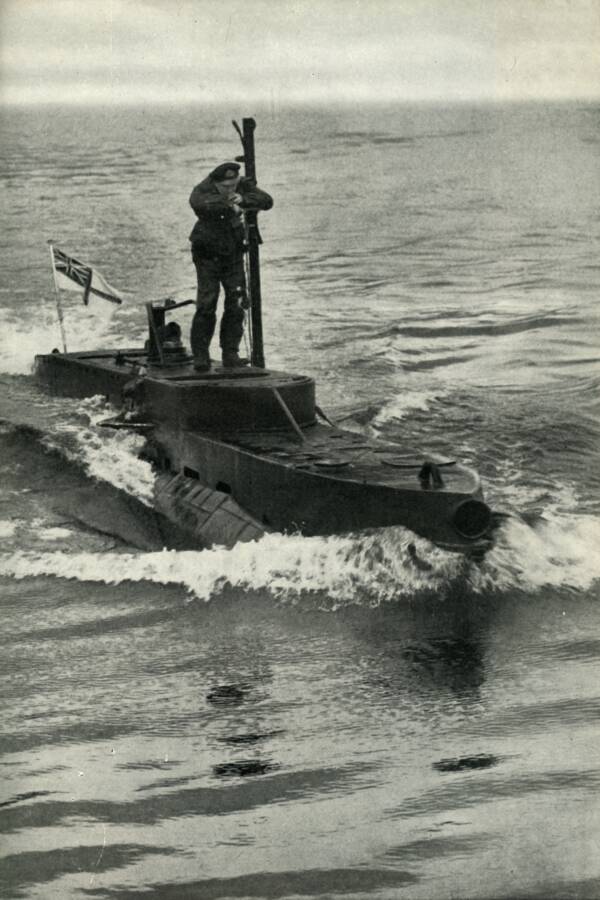 Operation Source was to be an attack on multiple German warships. The X5, X6, and X7 were detailed to assault the Tirpitz while the X9 and X10 were assigned the battleship Scharnhorst and the X8 was to attack the heavy cruiser Lützow. Larger S and T-class submarines towed the six X-craft out of Loch Cairnbawn toward a position 150 miles off Altenfjord.

Enroute, the X8 was damaged and needed to be quickly scuttled. The X9 sank suddenly when its tow cable broke. All hands were lost. As for the X10, it found that the Scharnhorst was not where it was supposed to be and the attack was called off.

This left only those X-craft detailed to sink the Tirpitz. They deployed on September 20, 1943, and took up positions off the Brattholm islands. There they waited for the opportunity to enter the heavily defended Kåfjord. 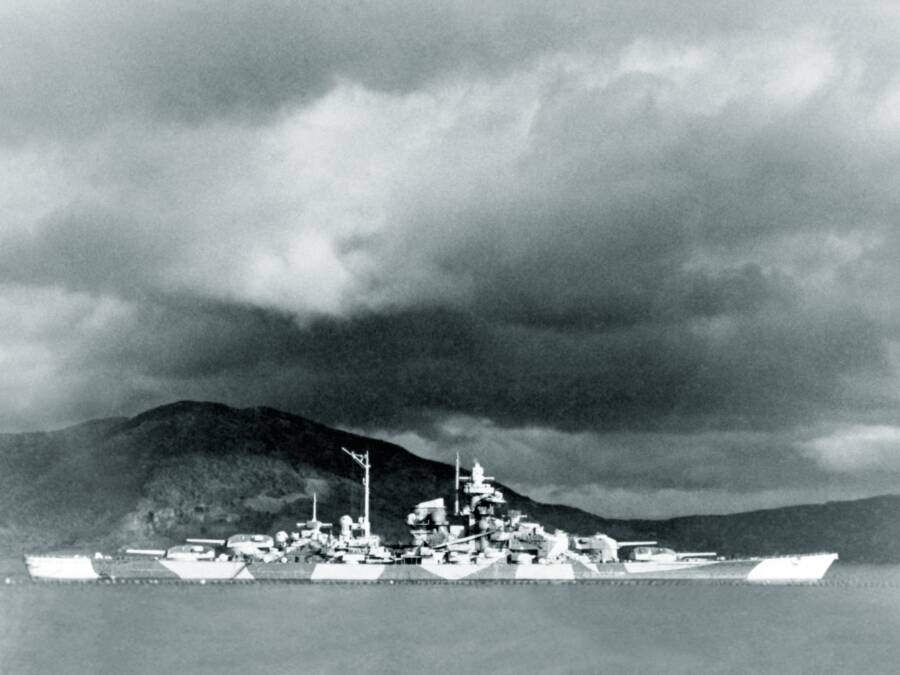 On the morning of September 22, Lieutenant Donald Cameron, the commanding officer of the X6, saw that the defensive nets guarding the Tirpitz were opening to allow a coaster to sail through. He quickly capitalized on the opening. He submerged, navigated minefields, and snuck through just before the boom which opened the nets closed.

So far so good, but the X6 was suffering problems. Its gyroscopic compass and periscope had broken. The X6 might as well have been blind and drunk. Then, the X-craft struck a rock and Cameron briefly surfaced to dislodge his vessel.

A junior officer aboard the Tirpitz saw the vessel, but after reporting it to a senior officer was told he saw a porpoise. But when the X6 was forced to surface a second time, several minutes later, the game was up. Still, Cameron managed to get his boat under the Tirpitz and set the charges.

His mission was accomplished, but the X6 was almost completely unusable. He knew that escape was impossible. Cameron ordered his midget submarine to surface. He quickly scuttled the vessel and surrendered. Cameron and his three crewmen faced the remainder of the war as POWs.

A Watery Grave For The Tirpitz

Meanwhile, Lieutenant Basil Charles Godfrey Place, commander of the X7, penetrated the fjord, navigated through the minefield, and dealt with defensive nets that temporarily ensnared his boat. Apparently, Place had misinformation as to how deep the defensive nets went.

He managed to pass these hazards and emerged close to the battleship. Diving down to forty feet, he proceeded at full speed underwater at the Tirpitz. Coming to the ship’s port side, he slid the X7 down along the battleship’s keel where they laid their charges.

His work done, the X7 turned for home. But in escaping became enmeshed once more in the anti-submarine nets. In his desperation to get out, he was forced to surface trying to jump his tiny boat over the nets.

The X7 came under heavy grenade and machinegun fire, but fortunately, he was too close to the battleship for the Germans to use their main guns on the submarine. The X7, taking on water and damaged, was functionally non-operational. Place emerged waving a dirty white sweater in surrender but just then the boat sank.

Place and one other crew member were taken captive. The other two seamen of the X7 found a watery grave.

As for the third X-craft, the X5 commanded by Lieutenant Henty-Creer, it was seen entering the fjord and came under fire from one of the Tirpitz‘s guns. The X5 disappeared, never to be seen again. It isn’t known whether Henty-Creer ever laid his explosives.

At 8:12 a.m., two explosions rocked the Tirpitz so hard that the massive ship lifted several feet, taking considerable damage in the process. Electricity went out and it quickly started taking on water.

While the damage was not lethal, it was severe. The hull had been damaged as well as its machinery, and its propellers would not turn. While Operation Source did not achieve its ultimate mission of sinking the great battleship, it managed to knock it out of the war for six months.

Operation Catechism And The Sinking Of The Tirpitz 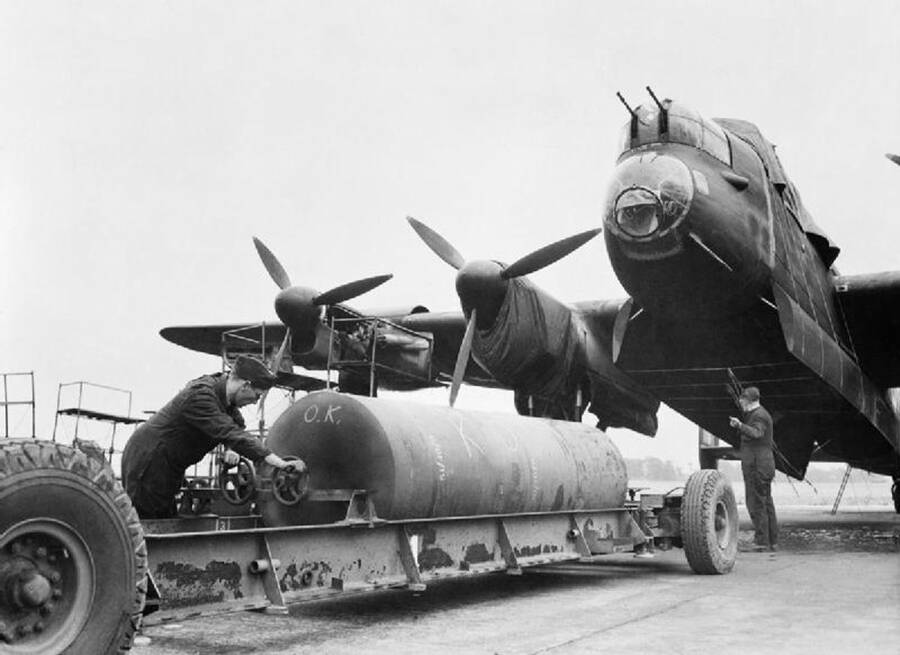 Wikimedia CommonsA British Avro Lancaster bomber being loaded prior to a bombing run during World War II. Sustained bombing of the fjord where the Tirpitz was anchored by Lancaster bombers finally sank the German battleship in Nov. 1944.

In advance of the Allied invasion of Normandy, the British launched 40 bombers from half a dozen carriers in April 1944, landing 14 hits against the German battleship, causing heavy damage, killing 122, and wounding an additional 316.

In August 1944, the British again launch sustained attacks in an attempt to sink the Tirpitz but met with limited success. In September, however, the British increased the pressure, sending 27 Avro Lancaster heavy bombers to assault the Tirpitz. One of the bombers scored a direct hit against the Tirpitz, landing a 5.4-ton “tallboy” on the ship’s forecastle, causing immense damage and rendering the ship unfit for the open sea.

Hasty repairs were made and in October, the Tirpitz was moved to Tromsø and anchored just off Håkøy Island. The best the Germans could hope for was that the Tirpitz — the pride of the German Imperial Navy — would serve as a floating artillery battery more than a thousand miles away from the fighting in Europe and a ripe target for further allied attacks.

The German battleship Tirpitz was finally sunk during Operation Catechism.

The British persisted, attacking the battleship again at the end of October with 32 Avro Lancaster bombers, though they were unable to sink it. Finally, on Nov. 12, 1944, they sent another 32 Lancasters at the Tirpitz and this time landing two tallboys amidship toward its port side while four more bombs scored near-misses.

A little more than 10 minutes later, the German leviathan capsized and sank, leaving 971 dead and putting an ignoble end to the largest European battleship in history.

Now that you’ve read the story of the German battleship Tirpitz, read about the role of airpower in turning the tide for the Americans in the Pacific during the Battle of Midway. Then, read about the Schwerer Gustav, the largest gun ever built.