Zinaida Portnova was a typical teenager in Belarus, but when the Nazis invaded in 1941, she became a deadly Soviet resistance fighter who would be awarded the nation's highest honor. 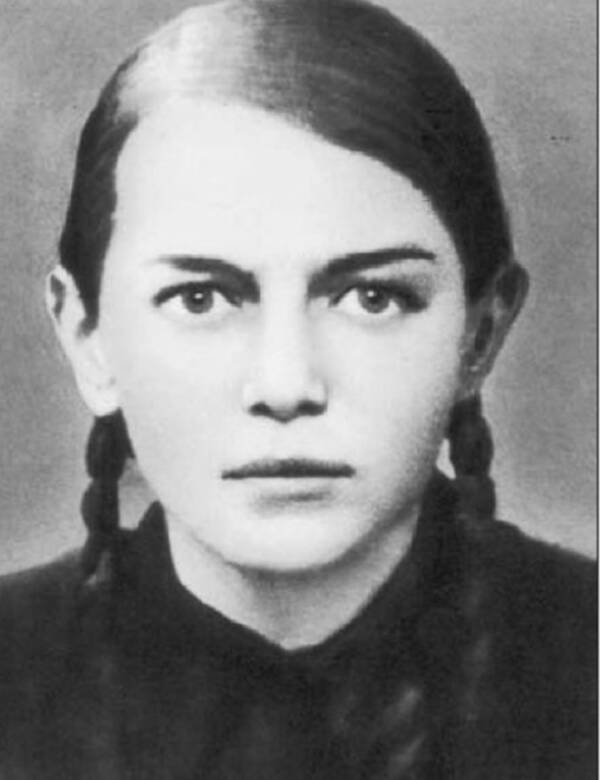 Zinaida Portnova first joined the Soviet’s youth resistance after the Nazis invaded Belarus in the summer of 1941. In less than three years, the young fighter was promoted from spreading propaganda leaflets to weaponry and sabotage attacks against the Germans.

In her mid-teens, Portnova carried out one mission after another. In one of her most legendary attacks, she poisoned hundreds of Nazis by infiltrating their camp as a kitchen aide. Later, she was tortured and killed by German troops and, after the war, was given the title of Hero of the Soviet Union, the country’s highest honor. 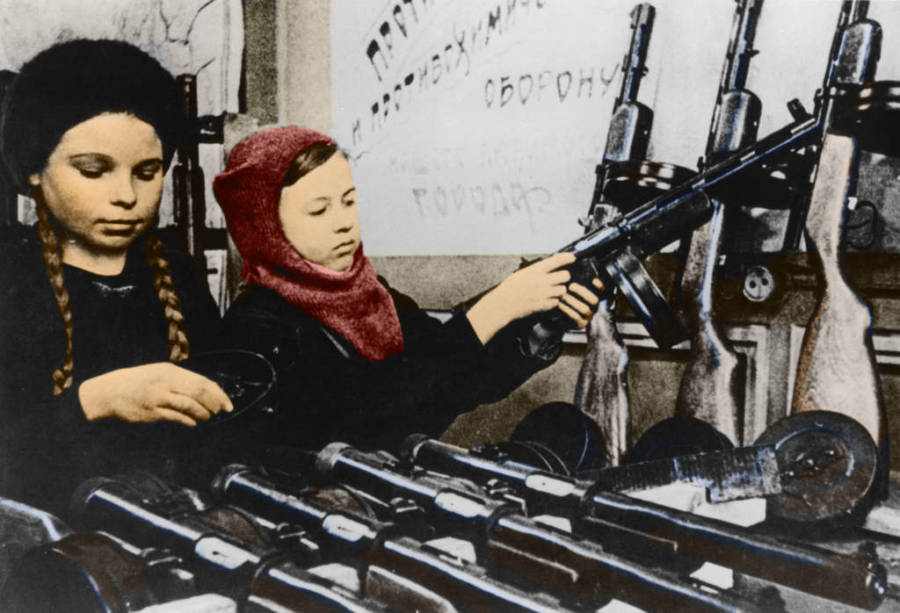 Zinaida Portnova was born on Feb. 20, 1926, in the city of Leningrad. She was the eldest daughter of a working-class Belarusian family whose father worked at a local industrial plant and whose younger sister, Galya, was eight years her junior.

In the summer of 1941, the seventh-grader and her younger sibling were sent to live with their grandmother in the village of Zui, situated near the town of Obol in northern Belarus. This was right at the beginning of the Nazi invasion of the Soviet Union known as Operation Barbarossa.

Beginning on June 22, 1941, German forces advanced 200 miles into Soviet territory within a week and, within months, 2.5 million Soviet soldiers were either dead, injured, or missing. The young Zinaida Portnova finally came face to face with Germany’s Nazi troops when their advance finally reached Obol.

According to Henry Sakaida’s Heroines of the Soviet Union 1941-45, when Nazi soldiers tried to confiscate their family’s cattle, they got into an altercation with Portnova’s grandmother and hit her. At that moment, the war became personal for the teenage girl, who grew to despise the Germans.

The league, referred to as the Komsomol, was a youth-led political organization independent of the Soviet’s Communist Party though it was often described as the party’s youth division. After she joined, Portnova, then 16, quickly became a valuable asset to the resistance.

She got her start distributing Soviet propaganda leaflets around German-occupied Belarus and performing covert missions, including stealing German weapons for Soviet soldiers and spying on German troops. But that was just the beginning; once she learned how to handle weapons, Zinaida Portnova became involved in sabotage operations against the Nazis.

Alongside her comrades, Portnova was responsible for attacks carried out at numerous locations where the Nazis congregated, successfully completing sabotage missions at a local power plant, a pump, and a brick factory. These covert operations were believed to have killed hundreds of Nazi soldiers.

Zinaida Portnova’s Attacks On The Nazis 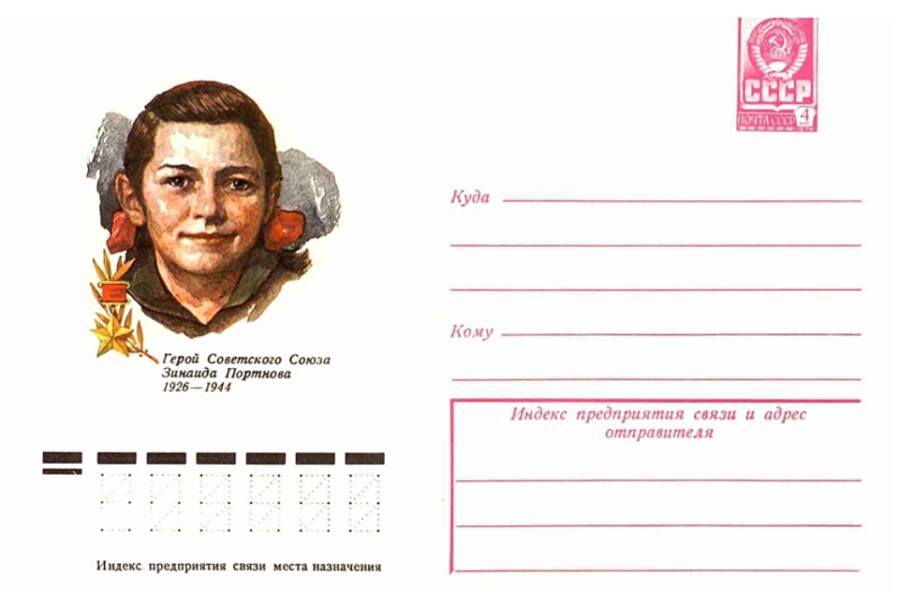 Zinaida Portnova killed plenty of Nazi soldiers during her time as a resistance fighter. In August 1943, she carried out one of her most legendary operations where she infiltrated a German garrison and poisoned its soldiers.

She posed as a cooking assistant and successfully infiltrated the kitchen that supplied the local Nazi garrison in Obol. As she was prepared meals for the soldiers, Portnova laced them with poison causing many of the soldiers to fall ill — some even died.

As a young Soviet working in the Nazi’s kitchen, she was immediately suspected as the culprit behind the mass poisoning but Portnova cleverly feigned innocence. To prove she had not poisoned the food, she took a bite out of the food she cooked. When she showed no physical reaction to the food, the Nazis released her.

Portnova quickly fled to her grandmother’s house where she fell ill — just as the troops had — and her grandmother fed her large quantities of whey to counter the poison in her body.

After she didn’t return to work the next day, the Germans began looking for her and Zinaida Portnova became a fugitive. To avoid detection, Portnova joined a partisan detachment named after Kliment Voroshilov, a prominent Soviet military officer and politician during Stalin’s rule.

She wrote her parents a letter months later, saying “Mom, we are now in a partisan detachment. Together with you, we will defeat the Nazi invaders.” She was as effective in carrying out armed assaults against the Germans as when she was working with the Young Avengers and was soon attacking Nazi patrol squads meant to round-up the resistance fighters. 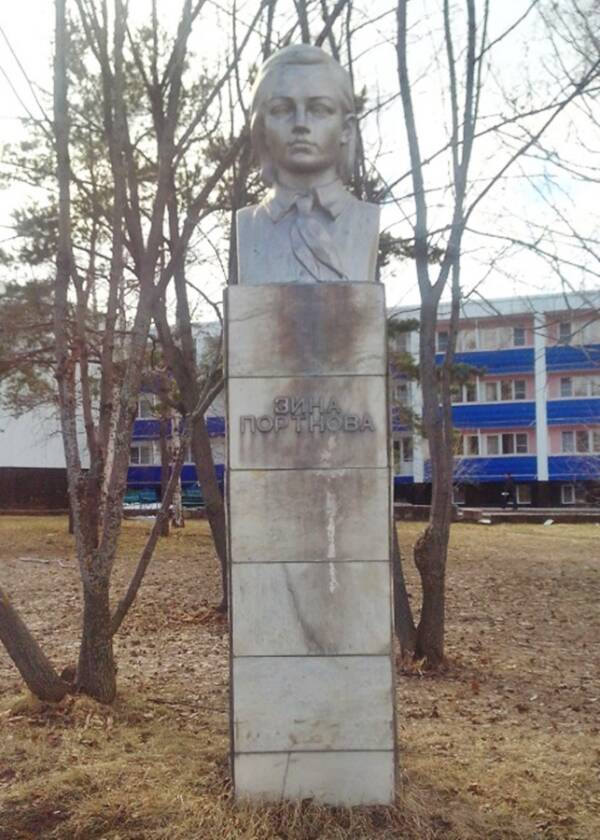 In 1944, Zinaida Portnova was sent on a reconnaissance mission to the garrison from which she had recently escaped as a fugitive. The teen spy’s objective was to infiltrate the Nazi camp once again and establish the cause behind a failed sabotage mission. Unfortunately, she was found by local police and captured.

After she was handed over to the Nazis, Portnova knew her only chance of survival was to escape. In a desperate attempt to flee, Portnova grabbed a pistol that was on the desk during her interrogation and shot her Gestapo interrogator, then she shot two more Nazi guards as she made her escape from the camp.

Portnova quickly ran out into the woods next to the garrison, but sadly, the end came for the young resistance fighter. The Nazis found her along a nearby river and took her to Goryany, where she was interrogated and brutally tortured. Later, they took Zinaida Portnova out into the forest, where she was executed by gunshot, about a month shy of her 18th birthday.

Decades after her death at the hands of Nazis, the teenager’s name is still revered by many; plaques and monuments in her honor can be found in a number of Russian towns, including in the city of Minsk, and many of Russia’s Young Pioneer groups were named in her honor.

In her death, Portnova joined the ranks of other brave Soviet women later honored for their service, such as Mariya Oktyabrskaya, Roza Shanina, and Lepa Radić.

Now that you’ve learned about Zinaida Portnova, the teenage Soviet fighter who became the youngest female to receive the country’s highest honor, read about the all-female World War II squadron known as The Night Witches. Next, read the incredible story of Hans And Sophie Scholl’s White Rose movement that fought against the Nazis.