Andrew Robinson Stoney May Have Been England’s Worst Husband Ever

Andrew Robinson Stoney completely destroyed the woman he married. The abuse went on for years until one day a newly hired maid named Mary Morgan helped Bowes escape. Staging a fight with another maid, Morgan distracted a guard while her mistress crept undetected into the night, hidden under a servant’s cloak. 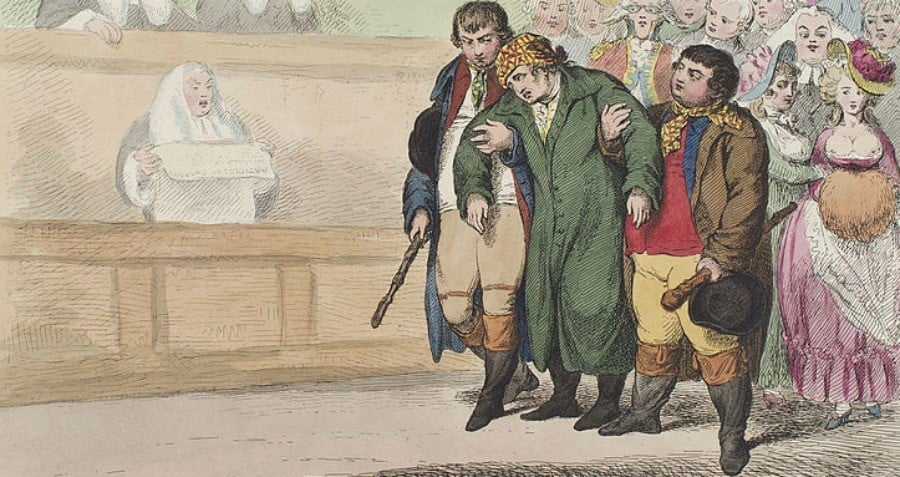 Wikimedia CommonsAndrew Robinson Stoney appears in the Court of King’s Bench on November 28, 1786 to answer the articles brought against him by his wife.

Bowes lived in hiding for only a few months before Stoney learned of her new address and sent his men out to kidnap and retrieve her.

She suffered even more abuse at the hands of Stoney’s men, but luckily she and her captors were spotted, and she was rescued and released from the cruelty of her husband for good.

Andrew Robinson Stoney was sentenced to only three years in prison after being found guilty of assault. Bowes proceeded with divorce as he sat behind bars, where he still did his best to make things as difficult as possible for his wife. Despite his efforts, Bowes eventually won her landmark divorce case and even had the contract assigning control of her wealth to Stoney overturned.

Bowes went on to live a quiet life in the country, where many viewed her as an eccentric outsider. She died in 1800 and was buried alongside the only friend she had come to know in the later years of her life: her former maidservant, Mary Morgan.

For more insight into how couples would part ways in pre-divorce Britain, check out this explainer on wife selling.