Why just south of San Francisco there lies a little town called Colma where the dead outnumber the living 1,000 to 1. 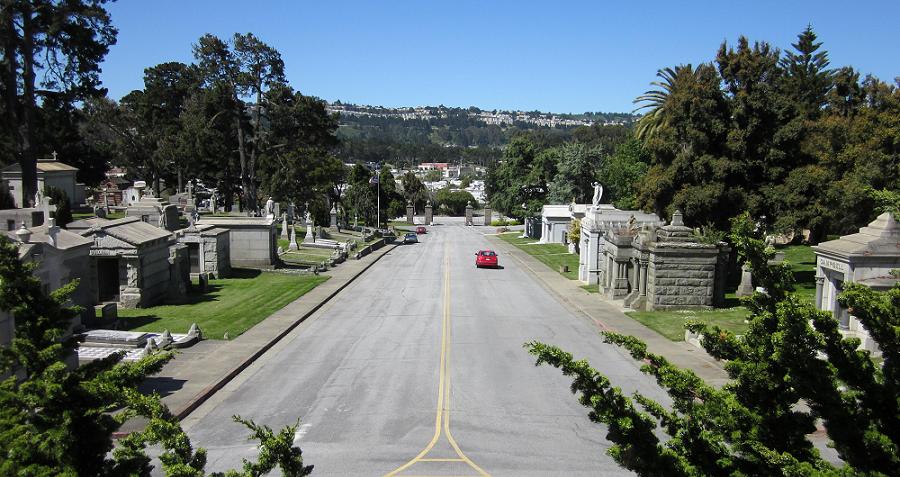 Colma, California is a bright green expanse of manicured lawns and small white buildings nestled inside the crowded tangle of communities that make up the San Francisco Peninsula. It’s easy to spot from the air as a large splotch of seemingly underdeveloped land paradoxically squatting next to some of the most expensive and in-demand real estate on Earth.

Driving through town, quiet country roads wend past neatly kept residential neighborhoods and a single school that serves the children of Colma’s roughly 1,800 residents. At first glance, the town seems idyllic and peaceful, if a bit heavy on cemeteries.

At second glance, Colma actually does have quite a few cemeteries. Like, a lot. Way too many for such a small place. Every major street seems to connect to a cemetery, necropolis, columbarium, or other polite suburban Californian term for a corpse dcump.

The last time anybody counted, the town had 17 graveyards with something like two million individual graves and tombs for people who died and were buried sometime in the last century. Who these people were, and how they got to sleepy little Colma, reveals a lot about San Francisco’s early growing pains. 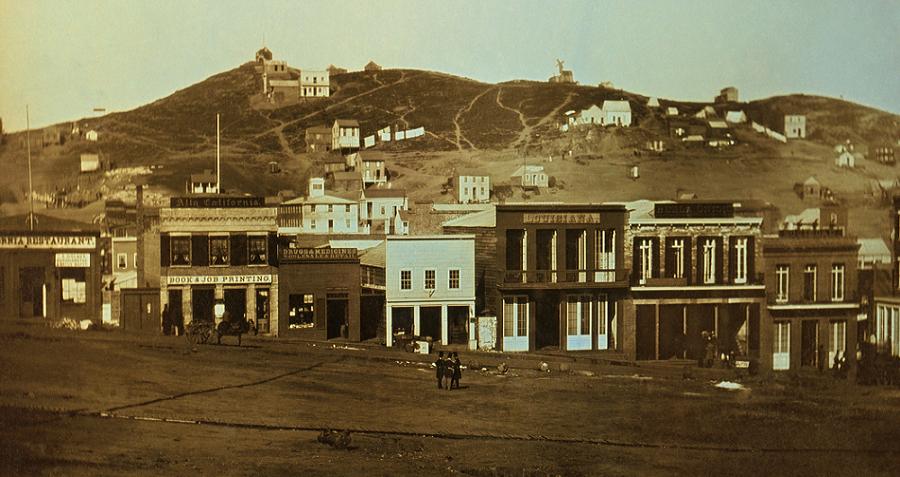 Wikimedia CommonsPortsmouth Square, San Francisco, in 1851. The city never had much room to grow, and cemeteries were a luxury item in the tight quarters. This picture was taken from where the Pyramid now stands, facing toward what is now the Cultural Center in Chinatown.

Spanish missionaries founded San Francisco as a small mission town on the El Camino Real trail that linked their missions, and it barely grew under either Spanish or Mexican rule. In 1848, at almost exactly the moment that Mexico ceded California to the United States, people literally struck gold in the Sacramento River, marking the beginning of the Gold Rush.

In a single year, tens of thousands of Americans from back east, as well as thousands of Irish refugees fleeing a famine in their homeland, swarmed through the city of San Francisco on their way to easy riches in the Sierra Nevadas. Most of them never found gold, but the City by the Bay had opportunities of its own to offer, and so many of the emigrants put down roots there, where the jobs were.

San Francisco’s population tripled in the 1860s, and then it tripled again before the end of the century, creating a human scrum of nearly half a million people living packed into slums and getting into fistfights over the inadequate common drinking troughs, which were the only source of “fresh” water for the poorest people in town.

In this crowded, unhygienic environment, it was inevitable that some Malthusian disaster would come along eventually. In fact, San Francisco suffered four disasters in a single generation, and the mass death set the stage for Coloma to become California’s deadest city. 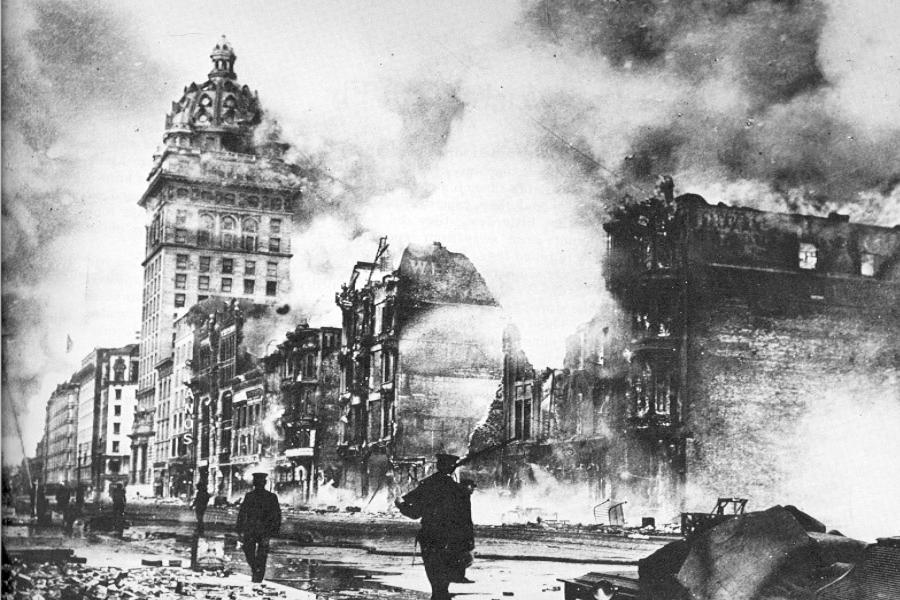 The State of CaliforniaBuildings burn in the aftermath of the Great Earthquake of 1906. Much of the city was destroyed by this disaster, though San Francisco quickly rebuilt.

Bubonic plague broke out in San Francisco in 1900. To respond to the crisis, city authorities took the probably-not-helpful step of outlawing new interments within city limits. Some plague victims were ferried, at considerable expense, across the Bay and buried in Oakland, others in Marin County to the north, and still others in families’ back yards — all in violation of city, county, and state law.

For religious reasons, cremation was uncommon at the time, and fewer people left their bodies to medical science than do today, and so the bodies kept piling up.

Then, almost as soon as the plague came under control, the city was hit with the infamous 1906 earthquake. San Francisco had been built without any particular attention to this then-unknown problem, and so most of the buildings collapsed after a minute or so of shaking.

The third disaster immediately followed the quake, as virtually the entire city caught fire and burned into ashes.

Humans being what they are, people in San Francisco adapted to the troubles and kept rebuilding their town. Each new catastrophe brought new opportunities for the survivors to clear away old ramshackle slums and erect fresh buildings. Incredibly, even as death was stalking the city, people were still moving in and buying land to build a house.

Any normal city would have expanded outward in all directions, but San Francisco is, as its residents will tell you, not normal. The city occupies the northern tip of a peninsula (known as: “the Peninsula”), with seawater bounding it on three sides. Limited terrain and a rising population increase demand for space, and real estate started getting pricey.

Buying land for dead people to lie under didn’t seem like much of a plan, and in fact the city’s older graveyards were starting to look like increasingly desirable real estate. Meanwhile, those dead bodies weren’t going to bury themselves. City planners started looking south, to the howling wilderness of the Peninsula.