The angular roughshark is distinguished by its wide-set eyes and its short, blunt snout, giving it the appearance of a pig. 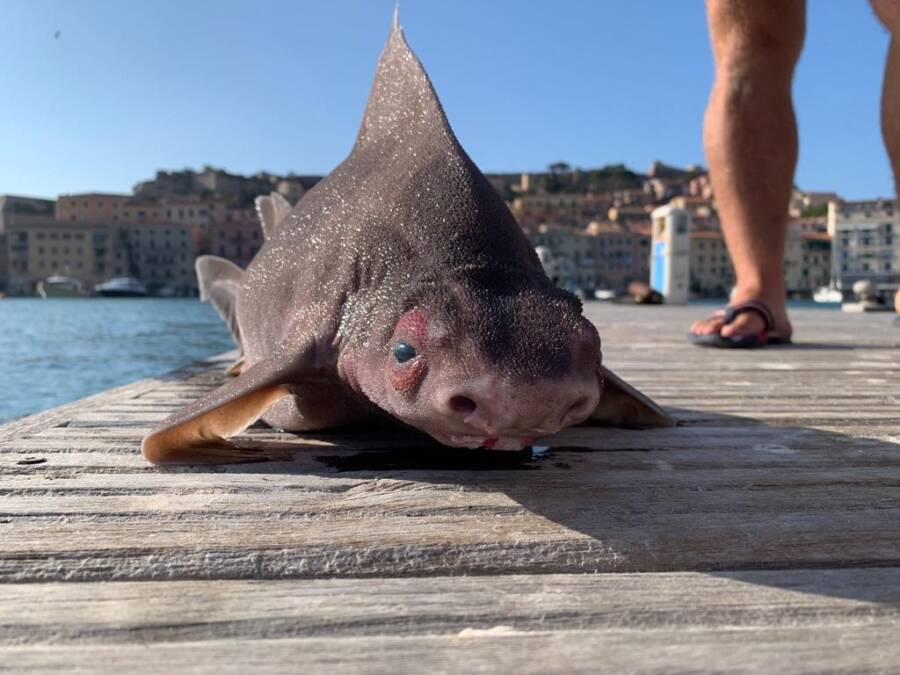 Isola d’Elba App/FacebookThe shark was about three feet long and already dead when recovered from the ocean.

On August 19, a group of Italian naval officers on the island of Elba came across an unusual fish floating in the water. But when they pulled it to the surface, they realized it was no ordinary specimen but a lifeless, pig-faced shark.

The sailors were stationed at Medici marina in Elba’s largest city of Portoferraio when they made the confounding find that caused a local stir.

It didn’t take long for its captors to get on social media to publish photos of the creature on the Isola d’Elba Facebook page. According to Toscana Media News, the post received hundreds of likes, shares, and comments from people around the world desperate for answers. Fortunately, one expert just provided some.

The shark has been identified as an angular roughshark (Oxynotus centrina), and it’s unlike any of its peers. Colloquially known as a “pig fish,” this shark species is distinguished by its large, pink snout and bulbous, wide-set eyes.

This shark is typical of the species, which typically grows to about three feet in length and bears a grayish color offset by a lighter underbelly. While the animal is quite common in the Mediterranean and is found at depths between 200 and 2,300 feet, finding a dead specimen floating on the surface is unusual.

For Yuri Tiberto, the owner of the Elba Aquarium, the online uproar was entirely unwarranted. What does warrant attention, according to Tiberto, is just how apt the “pig fish” monicker truly is. 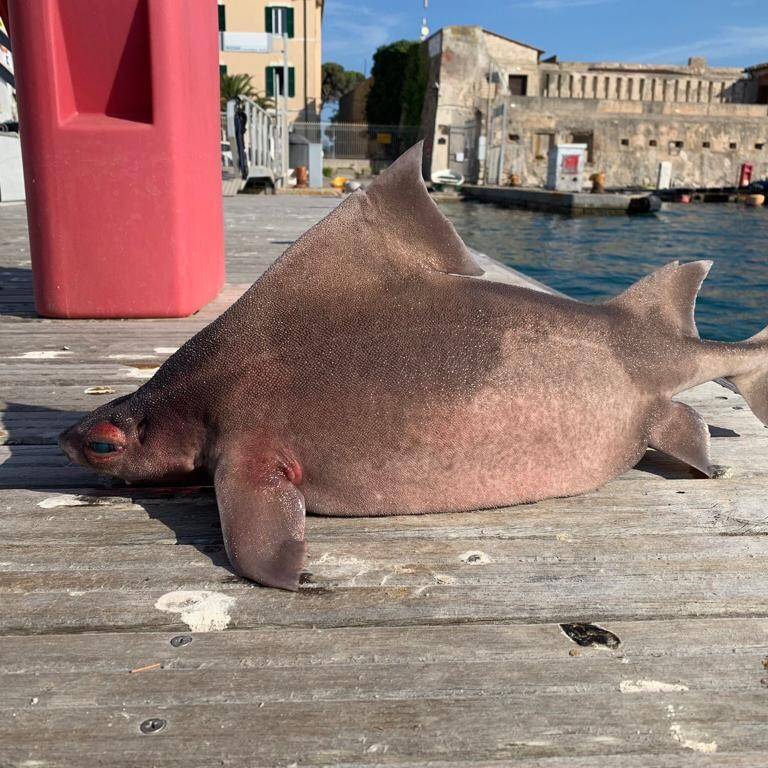 Isola d’Elba App/FacebookAccidental capture by fishermen has caused this species to be listed as “vulnerable” by the International Union for the Conservation of Nature.

“It is certainly not new, this fish is quite frequent in our waters: it is commonly called ‘pig fish’ because when it comes out of the water it emits a kind of grunt,” said Tiberto. “Its capture certainly can’t be said to be exceptional. In fact, in recent years several other specimens have been caught.”

The sea around the Tuscan archipelago is rich in biodiversity, Tiberto said, so much so that he said he “can safely say that I often receive reports that tell me of pigfish that have ended up in local fishermen’s nets.”

Once, he even tried to add an angular roughshark to his aquarium. “I also tried for a period to host it in one of the tanks of the aquarium, but soon I gave up because I had to see that it is a species that does not adapt to captivity,” he said.

According to Nature World News, it appears that the shark died after finding itself in shallow depths that weren’t suitable to its survival. After bringing it out of the water and onto the quay for documentation, the naval officers delivered it to Elba Harbor Master’s Office for study.

While not uncommon in the region, angular roughshark populations have been steadily declining for decades because its squat body and spiny dorsal fins commonly get caught in fishermen’s nets. They are listed as “vulnerable” by the International Union for the Conservation of Nature.

Although initially, some Facebook commenters were concerned that the fish was purposefully captured and killed, they can rest easy. In the end, the pig shark simply lost its way — and has now given millions of people further insight into how many astounding species lurk beneath the depths.

After reading about the pig-faced shark caught in Italy, learn about the unsolvable mystery of the “Montauk Monster” that washed ashore Long Island. Then, read about the human-pig hybrid created in a Chinese lab.