The most stunning events to witness are often the most natural. With these 20 amazing animal migration photos, prepare to be awestruck.

The world’s greatest spectacles are often the most natural–even and especially that of seasonal animal migration. Here, we look at some of National Geographic’s most incredible photos that capture the herds and colonies in action. 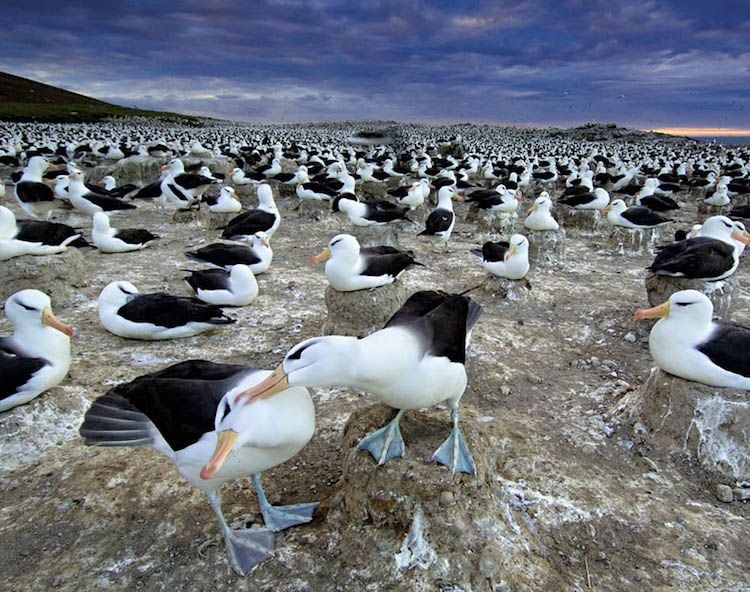 With the world’s largest wingspan at an incredible 11 feet long, an albatross in flight is truly a sight to behold. Mating in pairs to raise one chick, these black-browed albatrosses fly as far as South Africa for a winter’s break from the Falklands, forming their own colony upon arrival. 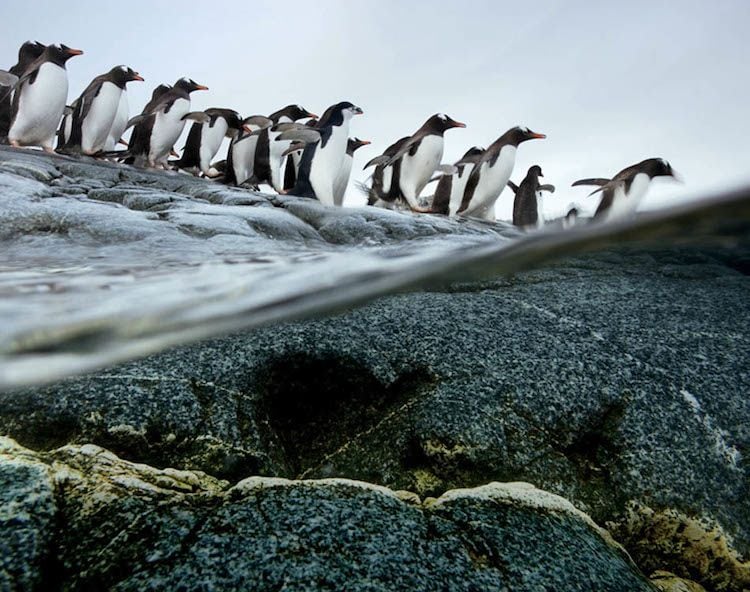 With their vibrant sunset beaks, the Antarctic dwelling Gentoo penguins can propel themselves through water at 22 miles per hour and migrate en masse to the Antarctic peninsula each year. A preferred snack for sea lions, the journey is perilous and as a natural check on their population growth, some don’t make the migration. 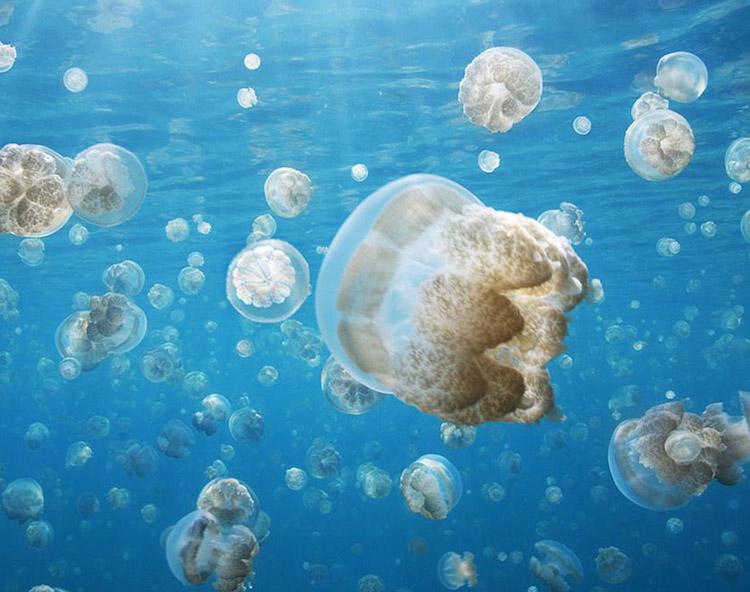 One of a select few species that still migrates daily, five million jellyfish move gracefully across a lake in Palau everyday as they follow the path of the sun. The remarkable spectacle ends at night, when the jellyfish sink 45 feet below the surface and find the necessary nutrients to do it all over again the following day. 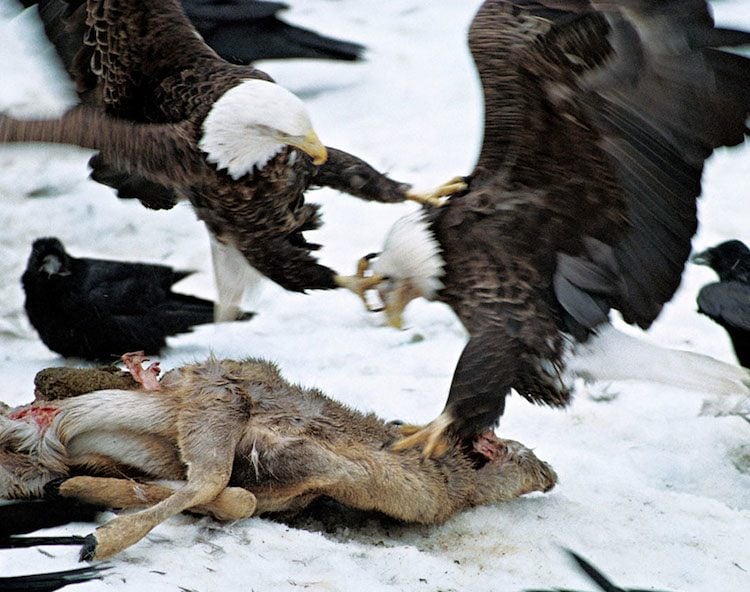 While flying proudly as the national bird of the United States, the bald eagle now appears on a worldwide list of threatened animals. Mating for life and living roughly 28 years in the wild, bald eagles migrate along the Mississippi corridor each spring in search of new breeding grounds that are rich with prey for their young. 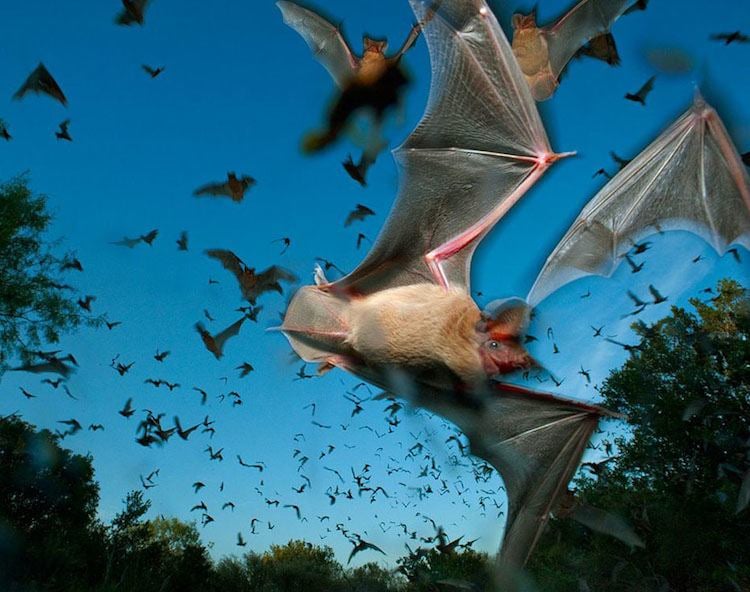 Featured above are Mexican free-tailed bats on the lookout for grubs and moths at dusk. Each spring, nearly 1.5 million bats return to damp, dark caves like this one in Texas, following a long winter in the warmer climate of Mexico. 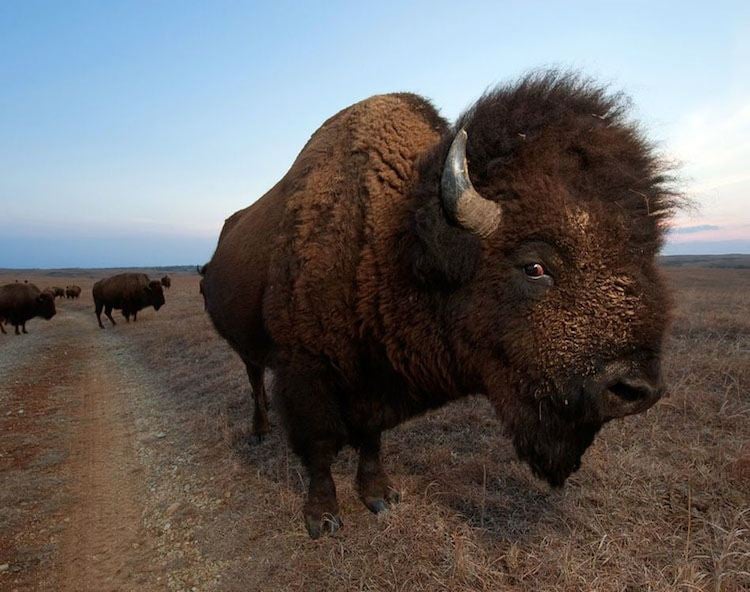 Resembling something straight out of a Wild Western, bison often spend their time on game preserves like this one in Kansas. But, like many did in the 1800s, some bison still migrate to find fresher vegetation when the winter comes. Yellowstone bison make the treacherous journey every year across frozen roads to find greener pastures. 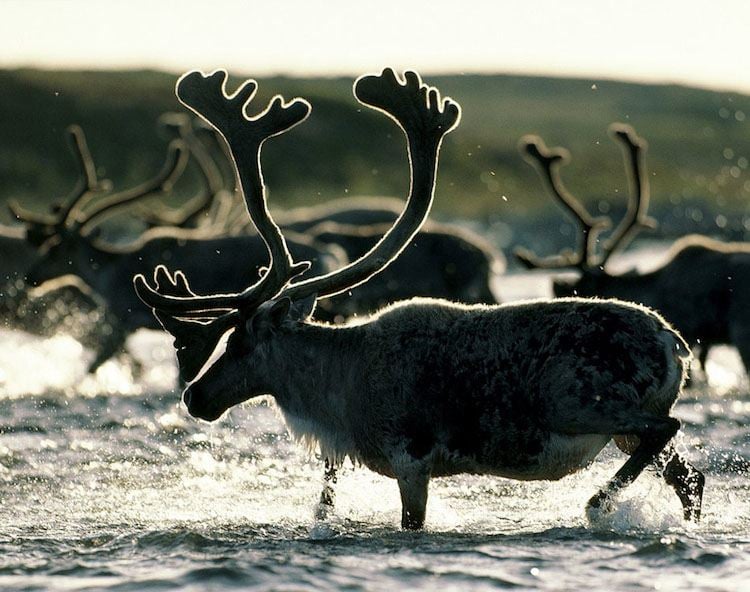 Each year caribou, more commonly known as reindeer, form one of the world’s largest and longest animal immigrations. Traveling an impressive 1,600 miles, our festive friends head for the tundra in the summer before using their paddle-like hooves to navigate the icy path back south when the first snow falls. 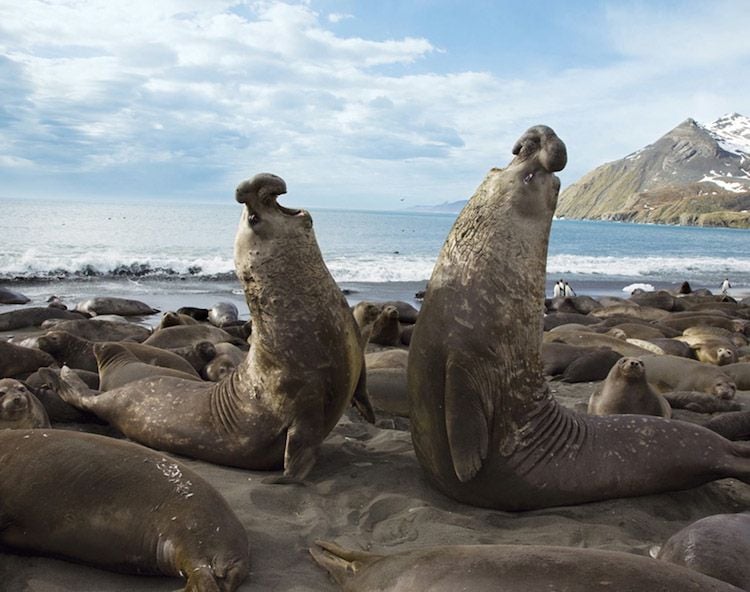 At an impressive six feet long, the imposing elephant seal is not one to be messed with; especially when they’re fighting to become the colony’s ‘beachmaster’. Migrating in search of food to keep them going through the winter, elephant seals can spend months at sea before returning to their rookeries to breed. 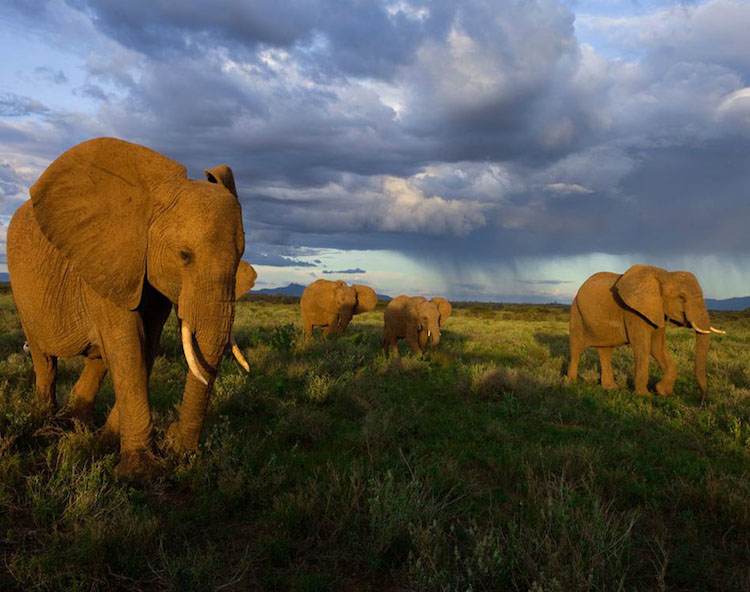 While sometimes unpredictable in terms of behavior, one thing you can be sure of is that elephants will migrate during the dry season in search of watering holes. These Samburu elephants in Kenya are just one of many elephant species that makes the annual trek to find heat relief, sometimes walking more than 300 miles in the process. 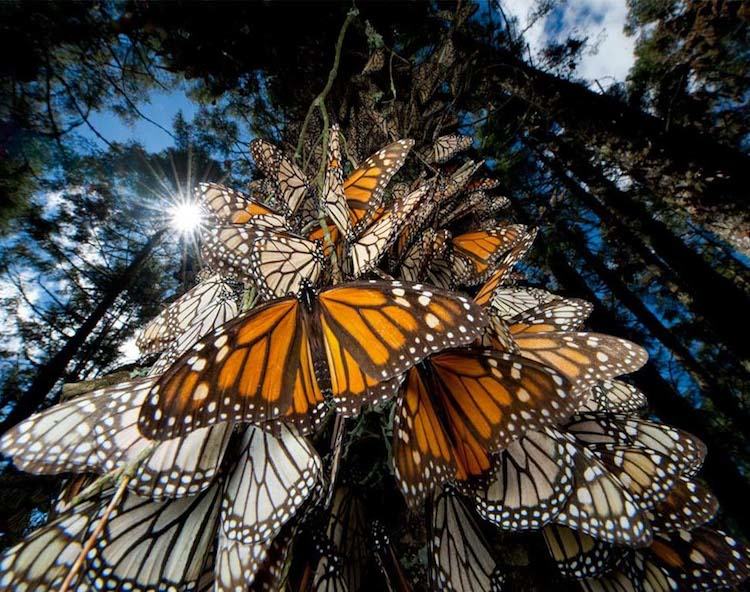 Led by the rays of the sun, millions of monarch butterflies coast along Canadian winds, traveling thousands of miles every year to return to their home in the fir forests of Mexico. They’ve got major incentive, too: if the monarchs fail to make the 3,000-mile journey, they run the risk of being killed in the colder weather. 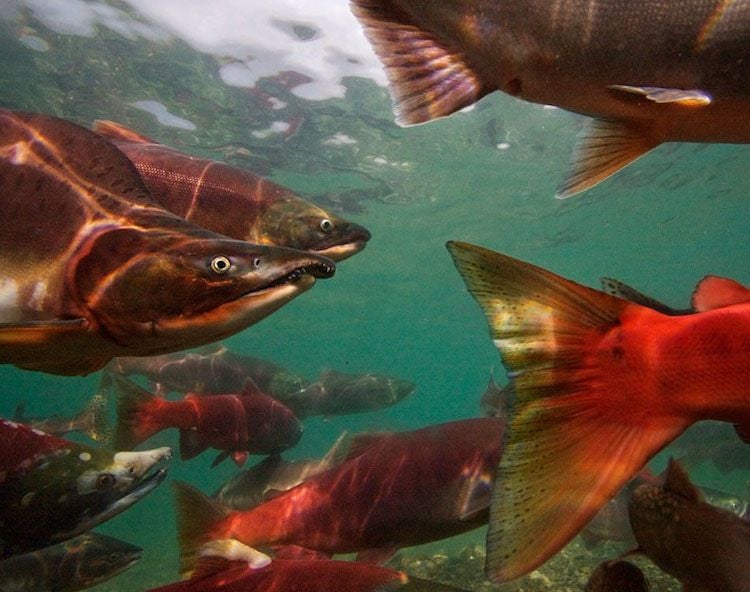 With their incredibly advanced biological clocks, six species of Pacific salmon migrate from the salt waters of the North Pacific Ocean to fresh water climates when it’s time to spawn. The majority of salmon will return to the remote Russian Kamchatka Peninsula, changing color as they swim. 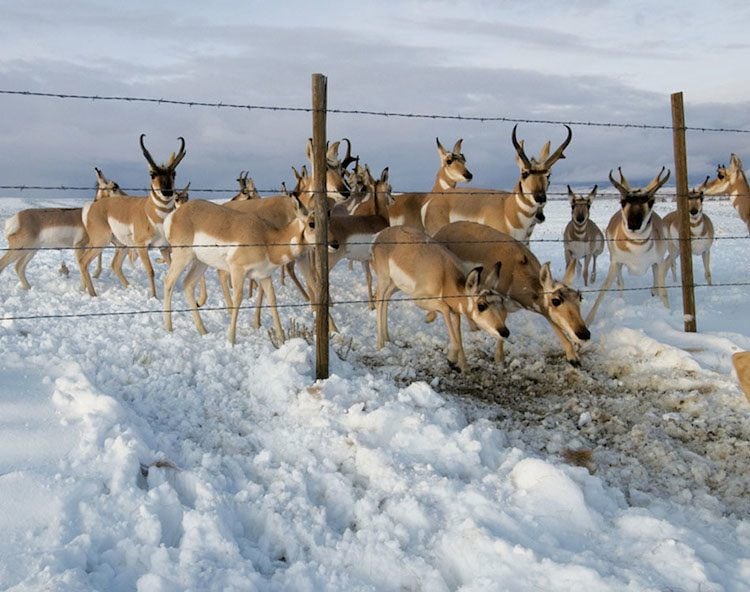 Traversing tough terrain to find sustenance in the winter, the pronghorn come across all manners of dangerous obstacles during their migration across North America. The second speediest land mammal in the world after the cheetah, they often encounter barbed wire fences which can prove to be a deadly death trap for the herd. 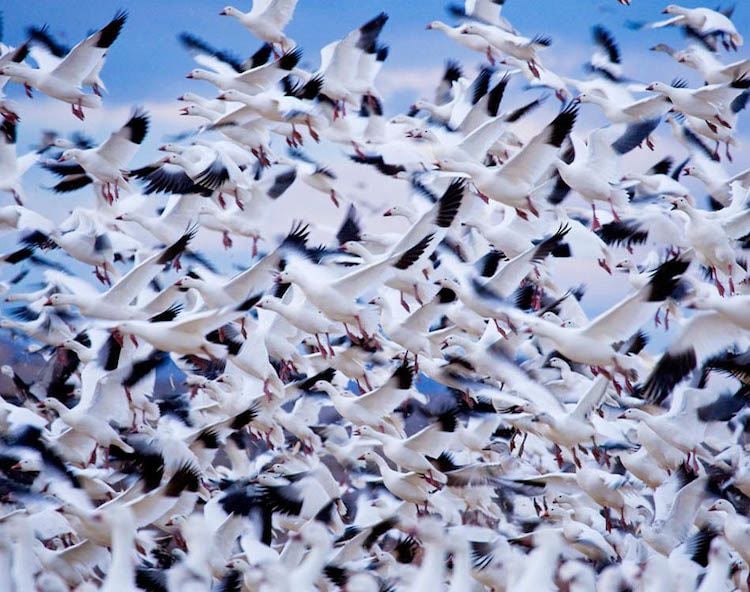 In a mass of fluttering, fast-paced wings, thousands of snow geese can be seen flocking along the length of the Rio Grande river in Colorado. As marked by the film classic ‘Fly Away Home’, their migration is traditionally viewed as a sign of the changing seasons. 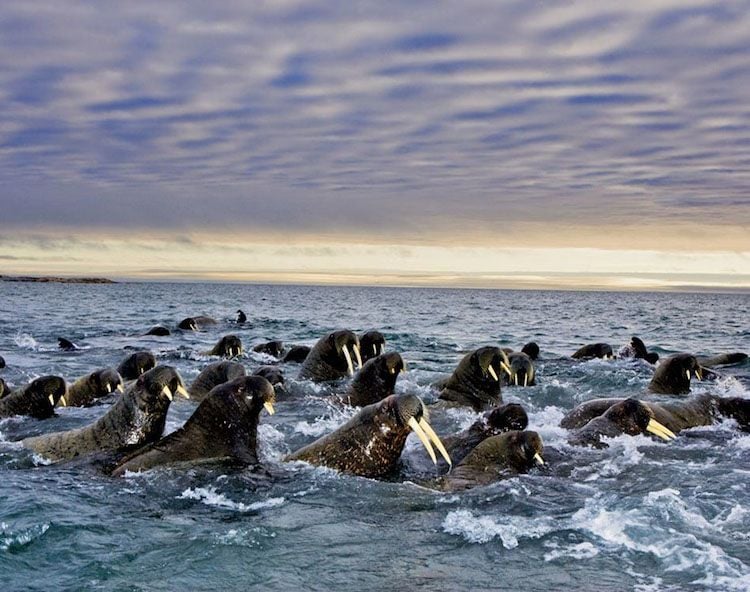 Covered in blubber and sporting the finest mustaches, another pacific species that migrates with the seasons is the walrus. The Odobenus rosmarus, translating in Latin as ‘tooth-walking-sea-horse’, is capable of slowing its heart rate enough to withstand freezing temperatures and migrate from the south of the Bering Sea in winter. 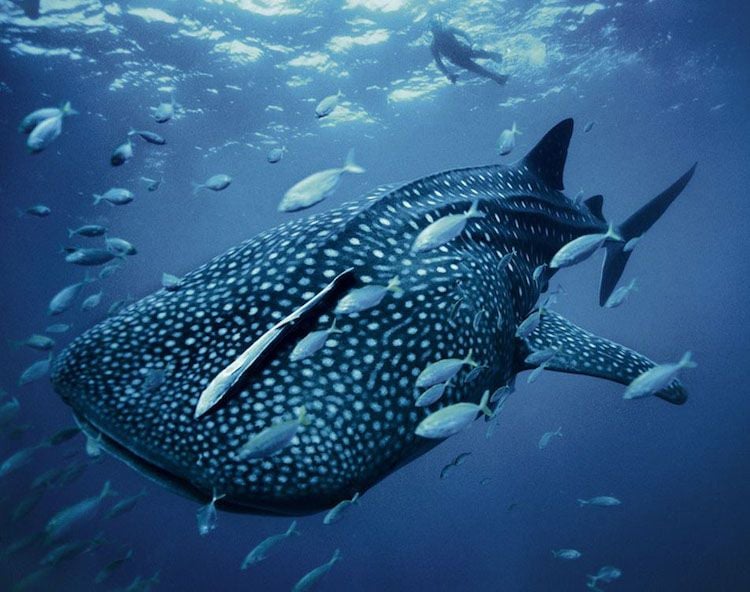 Maintaining the title of largest fish in the sea, the gentle, plankton-eating whale shark can reach a colossal length of 40 feet. While they generally prefer the warmth of tropical seas, whale sharks migrate to the continental shelf of Australia’s West Coast every spring. 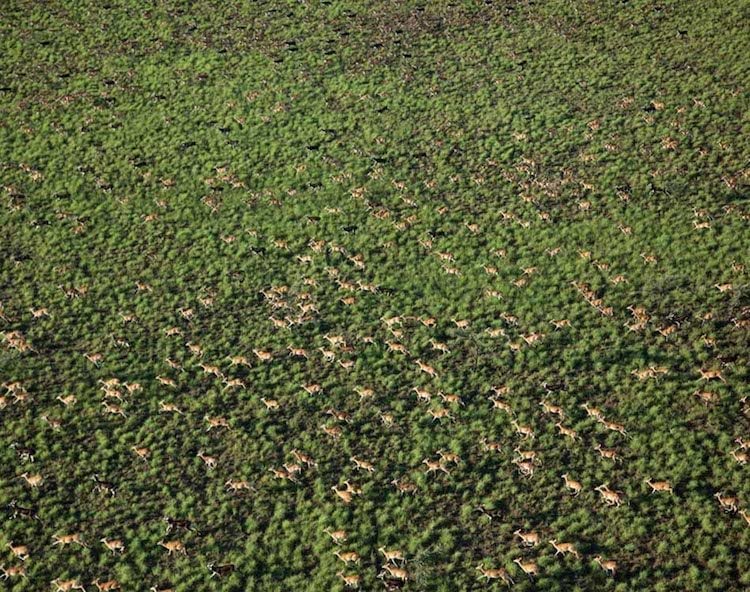 The light-footed white-eared cob migrate in herds of more than 1.2 million, annually abandoning their home in Southern Sudan when the wet season comes. They travel as far as 930 miles to find new climbs and escape from floods. 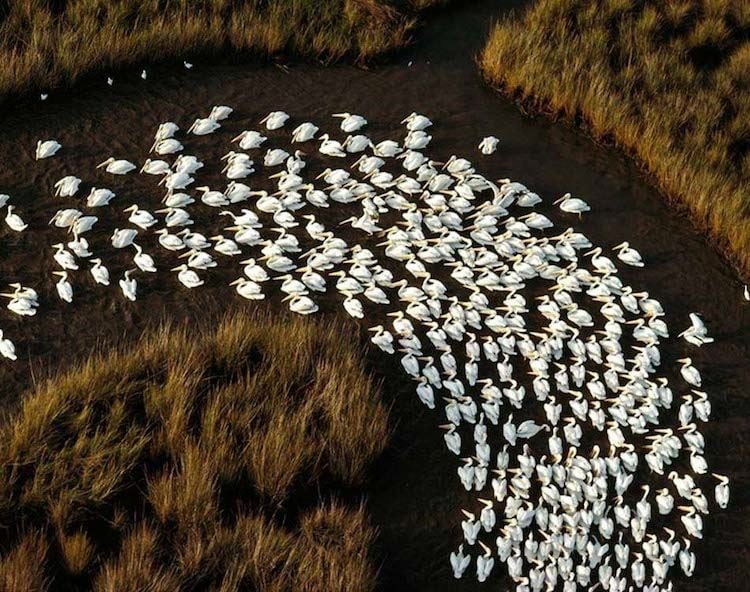 Hundreds of white pelicans begin to migrate from Mississippi, limbering up their impressive nine-foot wing span to carry them away at high altitudes. 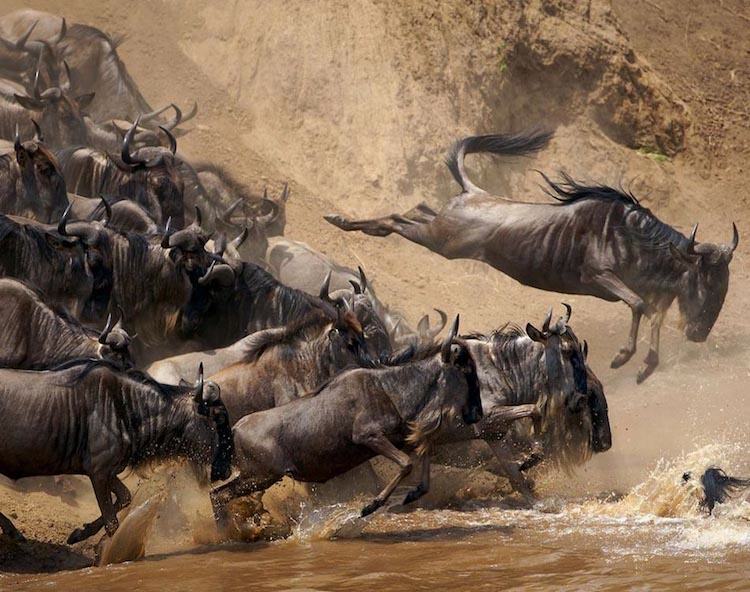 Rightly deemed one of the greatest wildlife spectacles on earth, the migration of wildebeest is truly a force of nature. Up to 1.5 million wildebeest, zebra and gazelle make their way across treacherous waters and scrub land on their journey from Kenya. 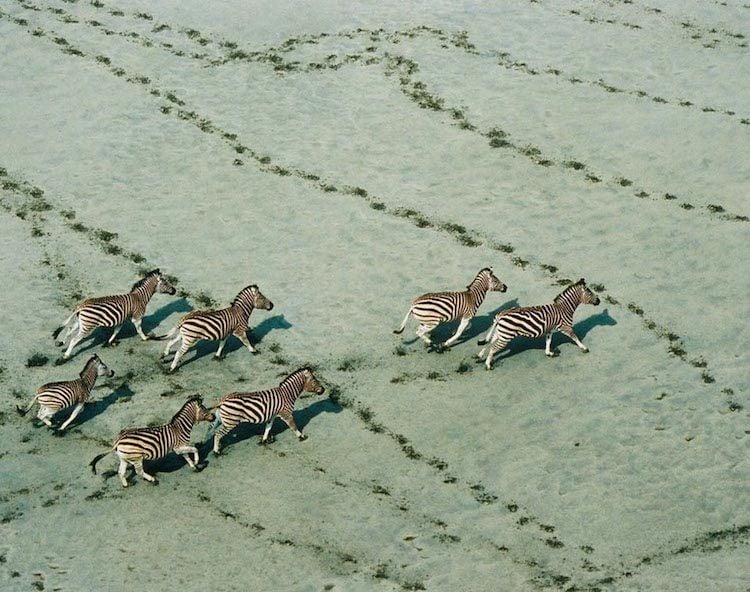 Seen here racing across the Makgadikgadi Pan grasslands, every year more than 25,000 zebras make their way out of the rains of the Okavango Delta in search of a dryer climate.