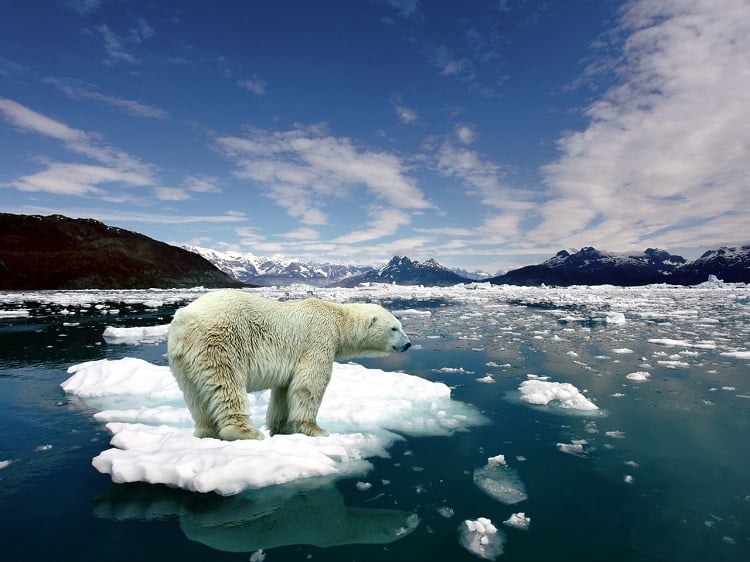 Perhaps animals are smarter and more sensitive than homo sapiens give them credit for. Take, for example, the theory that animals can predict earthquakes, a notion that dates all the way back to 373 B.C., when historians reported that creatures such as rats, snakes and weasels hightailed it out of the Greek city of Helice days before it was rocked by a major earthquake.

While much of the evidence is anecdotal and the scientific community has not reached a consensus about whether scurrying animals are a harbinger for environmental disaster, one might consider that if they can predict such seismological shifts, why couldn’t the animal kingdom also be sending signals that our planet is sick? Here are some warning signs that our furry, scaly and winged friends may be sharing with us to portend the danger of climate change and other environmental hazards:

Tip Of The Iceberg

For many reasons, the polar bear has become the poster child for climate change. That’s because in 2008, the great white giant was the first animal added to the Endangered Species Act list of those threatened by global warming. Some scientists believe as much as two-thirds of the world’s polar bear population could be lost by 2050 due to increasing temperatures in the Arctic and from large pieces of pack ice, where the bears roam, breaking off and falling into frigid waters.

The shrinking polar ice cap limits the bears’ hunting range for its main source of food in the winter—ringed and bearded seals—as well as affecting their ability to establish dens, breed and, in some cases, even live. Swimming longer distances between ice floes in search of food can also leave them exhausted. In 2009, after the embattled beasts were put on the Endangered Species Act list, scientists agreed that climate change is the bears’ biggest threat. 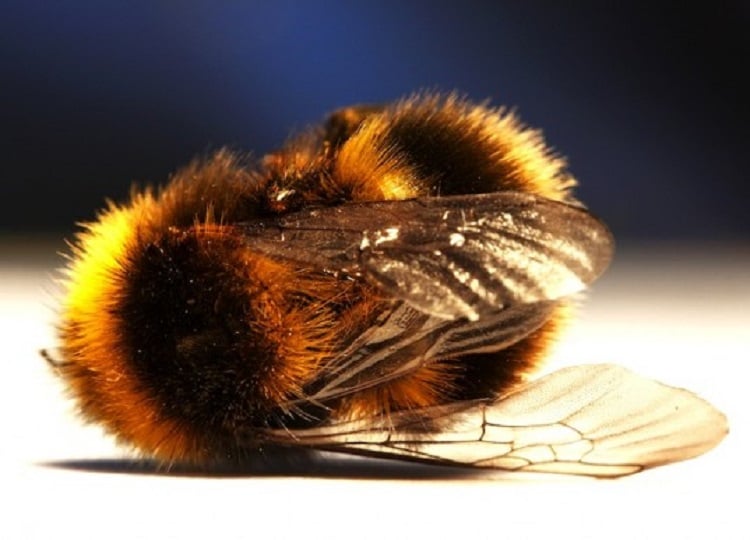 The beleaguered honey bee has been the subject of mystery and study for the last several years, and its plight is serious enough to have warranted a six-page cover story in Time magazine last summer. Because pollination activity is essential to agriculture and, therefore, the world’s food production, the humble bumble is one of our most important insects. But there is fear that the species may be disappearing from the planet due to what is called colony collapse disorder (CCD), which has been wiping out bees since 2006 on a scale never before seen.

A full one-third of U.S. honeybee colonies died or disappeared last winter, Time reported; and there are similar incidents internationally. While scientists point to culprits such as pesticides—especially neonicotinoids—natural enemies like the Varroa mite and dwindling crops that provide food for bees, no one knows for certain the root of the problem. Most ominous is this supposition by Time: “…what’s really scary is the fear that bees may be a sign of what’s to come, a symbol that something is deeply wrong with the world around us.” 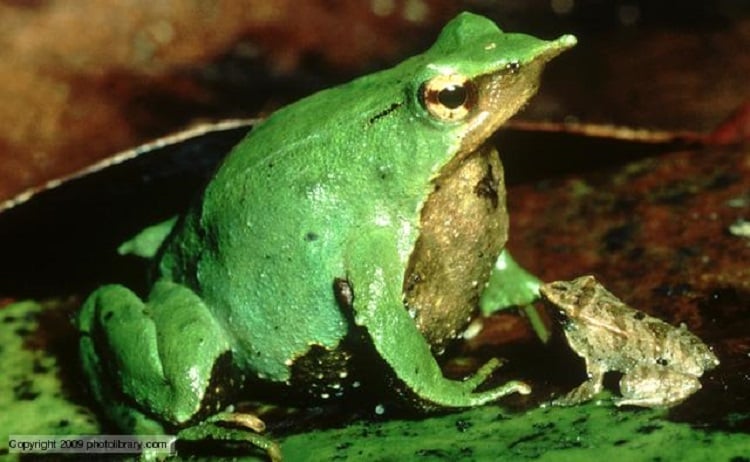 Frogs are one of the key links in the evolutionary chain and were integral to Charles Darwin’s theory that water-based life eventually sprouted legs and emerged from the primordial ooze, giving rise to the human race. But more than 130 years after Darwin’s death, the amphibians are being studied by scientists for different reasons: namely, the high number of frogs that exhibit mutations—multiple sex organs and extra or missing appendages—and the declining numbers of certain species.

In fact, one frog named for the controversial 19th century scientist is already considered extinct and another, Rhinoderma darwinii, better known as Darwin’s frog, is facing the same fate as it disappears from its natural habitats in Chile and Argentina. In the United States, a PBS “Nature” documentary, “Frogs: The Thin Green Line,” showed that all types of frogs are disappearing dramatically from the face of the Earth and an alarming number of those remaining are showing deformities. The primary causes that have been identified include a devastating fungus, human encroachment, as well as mass amounts of pesticides, herbicides, fertilizers and hormones that man pumps into the environment.