The Bloody Reign Of Ante Pavelić, The Croatian Dictator Who Was Too ‘Bestial’ Even For The Nazis 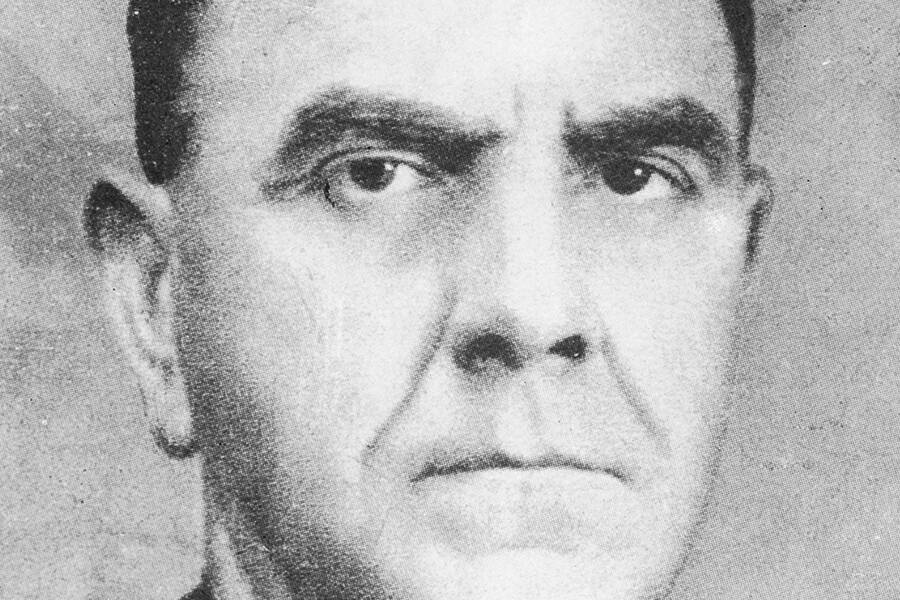 Getty ImagesAnte Pavelić, the genocidal Croatian ruler responsible for the deaths of nearly one million people.

On October 9, 1934, King Alexander of Yugoslavia was assassinated in Marseille, France. The assassin was an agent of the Internal Macedonian Revolutionary Organization (IMRO) — but another group had been working behind the scenes to orchestrate his death: the Ustaše, a Croatian ultranationalist regime led by an unhinged fascist named Ante Pavelić.

After Axis forces conquered Croatia in 1941, Pavelić was installed as its poglavnik, or head. Pavelić, much like his contemporary and friend Adolf Hitler, was a violent anti-semite. In total, Pavelić helped orchestrate the murder of over 700,000 Jews, Romani, and Serbs during World War II.

And his murderous reign ended only with the defeat of the Axis powers in 1945, after which Pavelić fled to Austria and Italy where he hid under assumed names until his death in 1959.

Ante Pavelić And His Rise In Fascist Politics

Ante Pavelić was born on July 14, 1889, in Bradina, Bosnia-Herzegovina. The son of a railroad foreman, Pavelić became a lawyer and joined the Croatian Party of Rights in 1910, a group that demanded an independent Croatian state from the growing Yugoslavian state.

Yugoslavian history, as explored by the United States Holocaust Memorial Museum, is long and complicated, dating back to 1389 and the time of the Ottoman Empire. But the “Yugoslav Project,” as it came to be known, officially started in 1918 with the formation of the Yugoslav Union, a state comprised of parts of Slovenia, Croatia, Serbia, Montenegro, and the former Turkish provinces of Kosovo, Metohija, Bosnia-Herzegovina, and Macedonia.

In short, it was set to be one of the most diverse populations in any European country during the period between World War I and II. Unfortunately, as history soon made evident, this was also a time that fostered racial hate, rampant nationalism, and genocidal regimes.

As a result, the Yugoslav Union was never stable and faced constant threats internally and externally from terrorist-separatists.

Then, in 1929, apparently fed up with the constant, failed negotiations to unify Yugoslavia, Alexander Karadjordjević — later known as Alexander I or Alexander the Unifier — established a centralized royal dictatorship with the intention of restoring parliamentary rule and ethnic autonomy. 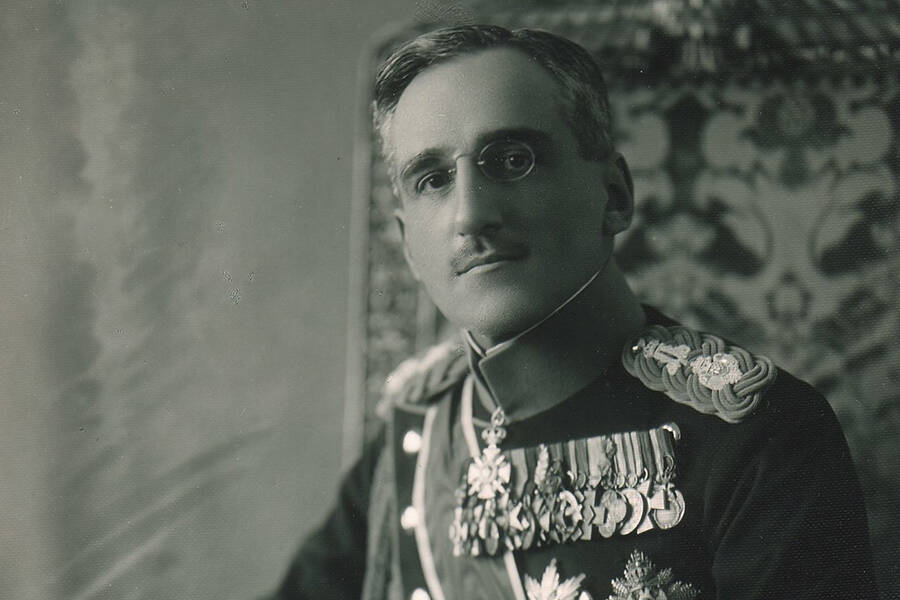 Wikimedia CommonsAlexander the Unifier once told the Italian government, “If you want to have serious riots in Yugoslavia or cause a regime change, you need to kill me.”

Pavelić openly denounced Alexander I’s rule, declaring that he intended to fight against the Yugoslavian regime “by all possible means.” He took refuge in first Austria and then Italy, where he created the Ustaše — or “insurgent” — movement. The Ustaše underwent military training in camps both in Italy and Hungary while Pavelić continued to work behind the scenes with fascist rulers.

Five years later, having failed in his attempt to unify the state, Alexander I was assassinated in a plot devised by Pavelić’s Ustaše, which was funded and sheltered by Italy, Hungary, and Bulgaria.

A French court sentenced Pavelić to death in absentia, but Mussolini sheltered Pavelić and refused to turn him over, instead only imprisoning him for two years.

When the Germans invaded Yugoslavia on April 6, 1941, they initially asked Vladko Macek, the head of the Croatian Peasant Party, to take over the “independent” state of Croatia, but he declined. Axis powers then offered the position to Pavelić, who had recently returned to the state from his Italian exile.

The official slogan of the Ustaše regime in Croatia was, “Za Dom Spremni,” or “Ready for the Fatherland.”

And although the state was technically independent, it was obvious to all that it was beholden to German and Italian demands. Pavelić, like his friend Hitler, was fiercely anti-semitic and openly espoused fascism.

When he took charge of Croatia, Pavelić immediately instituted the ruthless persecution of minorities living in the country, primarily Serbians and Jews. In fact, while speaking to an Ustaše student group at the University of Zagreb, the nation’s capital, Pavelić declared that “all enemies, all Serbs, Jews, and Gypsies, should be slaughtered.” 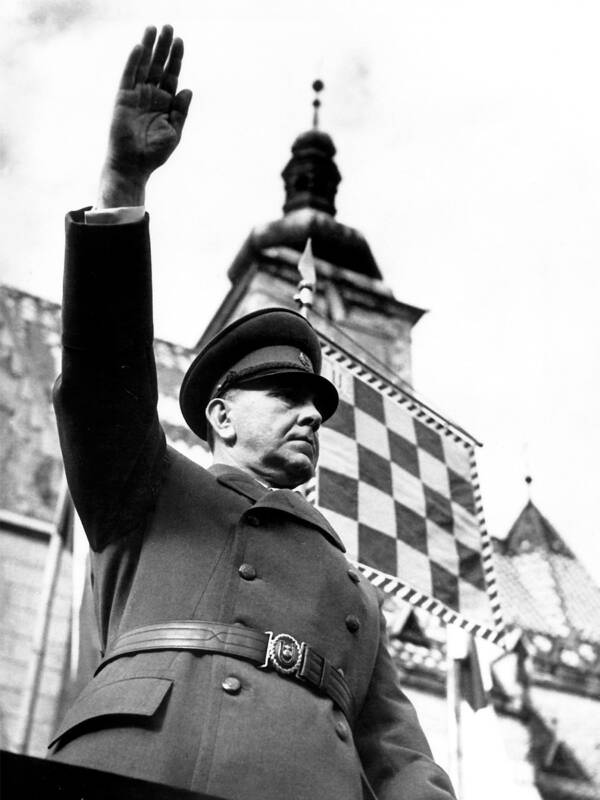 Getty ImagesNazi spies reported on Pavelić and the Ustaše, describing their actions as “bestial.”

Pavelić established the Jasenovać concentration camp where he rounded up the “parasite” minorities and had the Ustaše and Croat authorities slaughter them. He was so ruthless that even the Nazis referred to him as “bestial.”

In addition to being violently ultranationalist, the Ustaše regime was also strictly Roman Catholic. They tolerated Bosnian Muslims as their religion “kept the Croat bloodline pure,” and granted Jews who converted to Catholicism the status of “honorary Croats.”

Those who didn’t convert, however, were rounded up and shot, strangled, or beaten to death.

German spies who had been established to watch over Pavelić even wrote to German SS leader Heinrich Himmler of the Ustaše’s methods of violence, stating that they were equally torturous to “helpless old people, women, and children.”

Pavelić’s men would reportedly gouge out children’s eyes and hack them to death with shovels. They would hang men upside-down, castrate them, then strangle them or allow them to be mauled by dogs.

Altogether, the Ustaše were responsible for brutalizing and massacring over 200,000 Serbs, 30,000 Jews, and 29,000 Romani people in just one year between 1941 and 1942. Some estimates suggest they orchestrated over one million deaths, including 700,000 Serbs alone.

Appealing To The Vatican And Then To Spain

In 1941, the United States entered the war after the bombing of Pearl Harbor, signifying a down-town for the Axis Powers.

In 1943, Mussolini was overthrown in a coup, and by 1945, the defeat of the Axis Powers was all but inevitable. Then, on April 30, 1945, Adolf Hitler died by suicide, leaving Pavelić and the Ustaše without any sponsors.

On May 9, 1945, the Ustaše fought their last battle. Sensing defeat on the Austrian border, the force withdrew and attempted to surrender to the British.

When the Ustaše then gave themselves up to predominantly Serb partisans, all 40,000 of them were subsequently machine-gunned and their corpses tossed into a ditch.

Pavelić, however, was not among them.

Instead, he and his senior officers appealed to the Vatican for help, citing their devout Roman Catholic faith. And despite their heinous crimes, the Vatican obliged, granting them clerical passports which they used to escape to Argentina.

Ante Pavelić hid safely in Argentina, protected by the Peron regime until 1957 when he was found by a Serb partisan and then shot several times in the stomach. 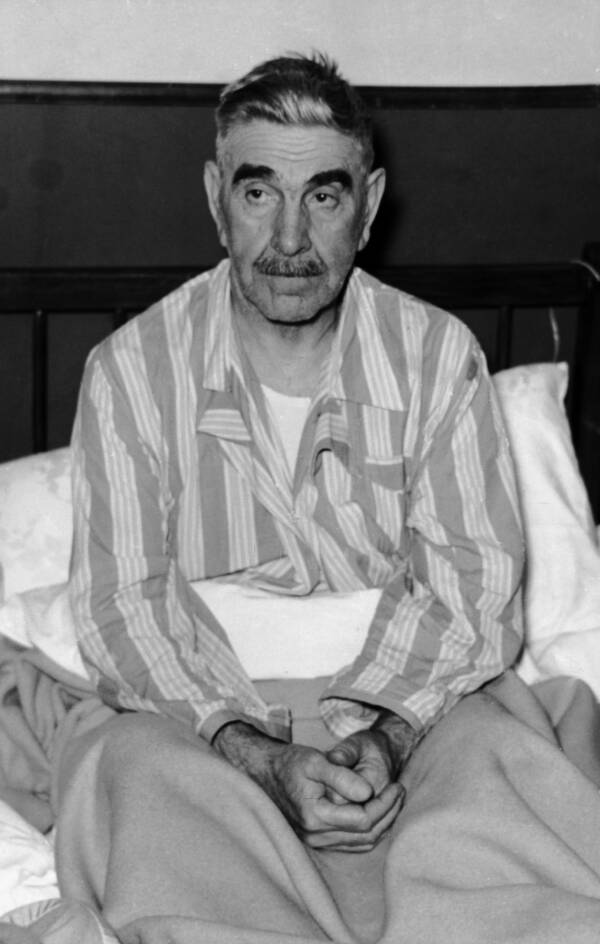 Getty ImagesPavelić in an Argentinian hospital after the attempt on his life.

The gunshots didn’t kill him, but he no longer felt safe in Argentina. He then fled to Spain, suffering from uncontrolled diabetes and unhealed wounds.

Ante Pavelić ultimately died in his bed at 70 years old on Dec. 28, 1959. And many would argue it was too peaceful a death for a man that even the Nazis found cruel.

After reading about Ante Pavelić, one of history’s most vile leaders, learn more about the deaths of his contemporaries Adolf Hitler and Benito Mussolini.