The Story Of Christopher Porco, The College Student Who Brutally Attacked His Parents With An Ax

In November 2004, 21-year-old Christopher Porco chopped up his parents as they slept in their bed, leaving his father dead and his mother missing an eye and part of her skull.

On November 15, 2004, Peter Porco was found dead in his home in Bethlehem, New York. Nearby, his wife had been bludgeoned and was clinging to life. The horrific crime scene seemed to leave more questions than answers about the events that had led to the brutal attack. 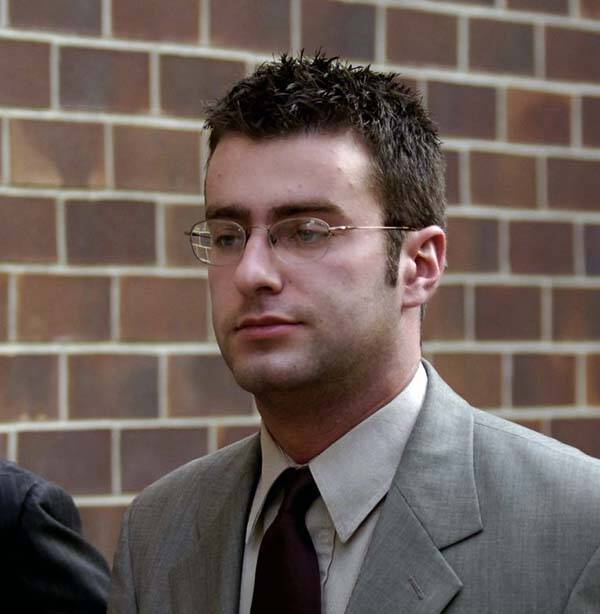 Public DomainChristopher Porco was convicted of murder and assault in 2006.

The pair had been attacked with an ax, and a cut screen in the garage window suggested someone had broken in. However, a short investigation quickly led police to charge a suspect — Christopher Porco, the couple’s 21-year-old son.

Porco was a student at the University of Rochester, nearly four hours away. He insisted that he’d been in his college dorm the night his parents were attacked, but surveillance footage and evidence from tollbooths along the highway between Bethlehem and Rochester suggested otherwise.

As the investigation unfolded, police learned that Christopher Porco had been fighting with his parents in the weeks leading up to the attack. With this information, Porco was convicted of murder and sentenced to at least 50 years in prison — yet he remains adamant that he is innocent.

Christopher Porco’s Strange Behavior Leading Up To The Attacks

Christopher Porco’s disagreements with his parents, Peter and Joan Porco, began long before he crept into their home and bludgeoned them with an ax in the middle of the night. According to Murderpedia, they’d been arguing about his grades for a year prior to the attacks.

Porco had been forced to withdraw from the University of Rochester after the Fall 2003 semester due to failing grades. He told his parents it was because a professor had lost his final exam, and he enrolled at Hudson Valley Community College for the Spring 2004 term.

He was accepted back into the University of Rochester in Fall 2004 — but only because he’d forged his transcripts from the community college. Porco again told his parents that the lost exam had been found and that the school was covering his tuition costs to compensate for the misunderstanding. 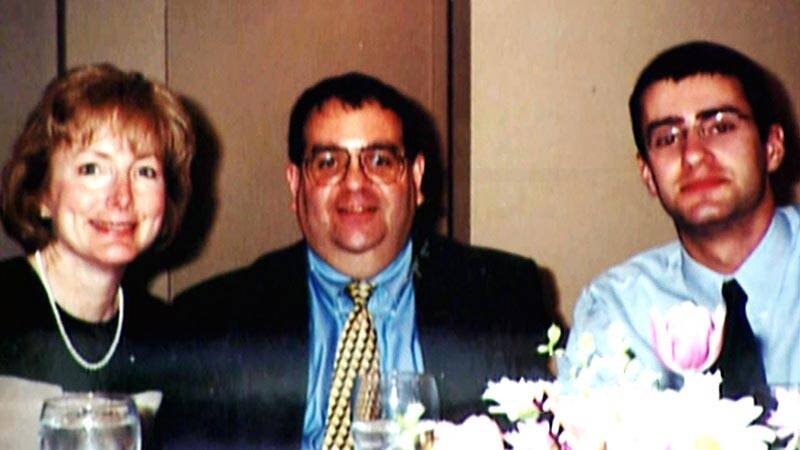 Public DomainChristopher Porco had a strained relationship with his parents.

In reality, Christopher Porco had taken out a $31,000 loan by forging his father’s signature as a co-signer. He used the money to pay his tuition and purchase a yellow Jeep Wrangler.

When Peter Porco found out about the loan, he was livid. He emailed his son in early November 2004, writing: “Did you forge my signature as a co-signer?… What the hell are you doing?… I’m calling Citibank this morning to find out what you have done.”

Christopher Porco refused to answer calls from either of his parents, so his father emailed him once more: “I want you to know that if you abuse my credit again, I will be forced to file forgery affidavits.” He followed up with, “We may be disappointed with you, but your mother and I still love you and care about your future.”

The Gruesome Ax Attacks On Peter And Joan Porco

Early in the morning of Nov. 15, 2004, Christopher Porco disabled his parents’ burglar alarm, cut their phone line, and crept into their quiet, suburban home as they slept. He entered their bedroom and started swinging a fireman’s ax at their heads. Porco then got in his Jeep and began the drive back to the University of Rochester. 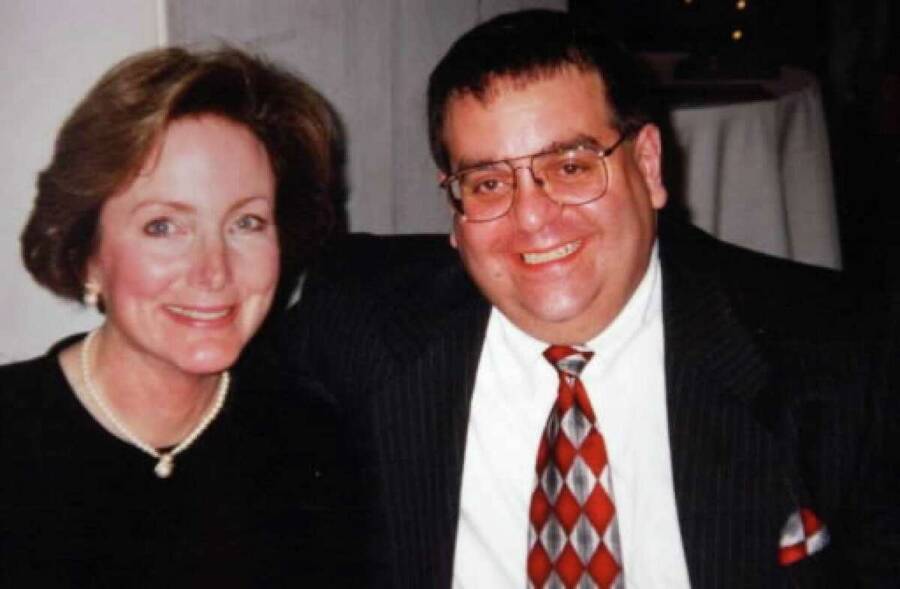 Public DomainJoan and Peter Porco were sleeping in their bed when their son bludgeoned them with an ax.

According to the Times Union, despite his devastating injuries, Peter Porco didn’t die immediately. In fact, he even got out of bed and went about his morning routine in a macabre daze.

A trail of blood at the crime scene showed that Peter had walked to the bathroom sink, tried to load the dishwasher, packed his lunch, and written a check to pay for one of Christopher’s recent parking tickets.

He then went outside to get the newspaper, realized he’d locked himself out, and somehow had the presence of mind to open the door using a hidden spare key before collapsing in the home’s foyer. When a coroner later examined him, they discovered he’d been bashed in the skull 16 times with the ax and was missing part of his jaw. 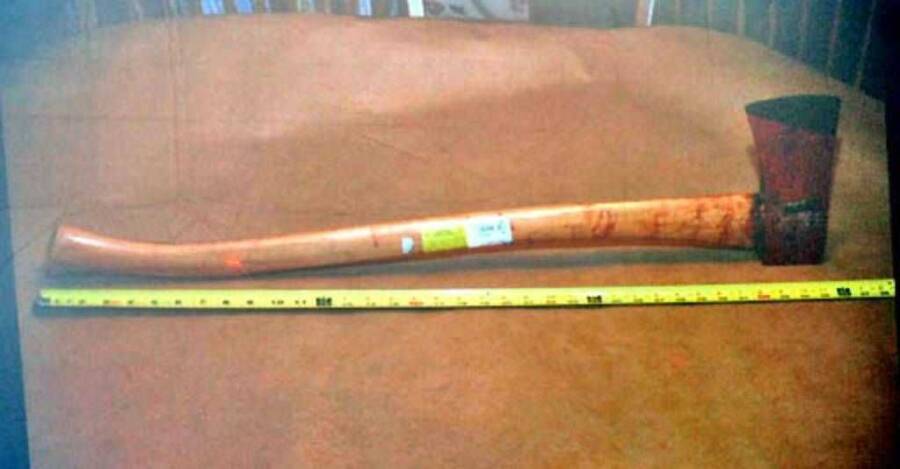 Public DomainThe murder weapon was found in the bedroom.

When Peter didn’t show up for work as a law clerk that morning, a court officer was dispatched to his home to check on him. He walked into the grisly scene and immediately called 911.

Officers arrived to find Joan Porco still in bed, clinging to life. A portion of her skull was missing, as well as her left eye. She was rushed to the hospital and placed into a medically-induced coma — but not before telling one of the officers that her son was the culprit.

The Mounting Evidence Against Christopher Porco

According to the Times Union, Christopher Bowdish, a detective with the Bethlehem Police Department, questioned Joan Porco about her attacker as paramedics were stabilizing her.

Nevertheless, police had already begun investigating Christopher Porco, and they found that his alibi for the evening was a lie. 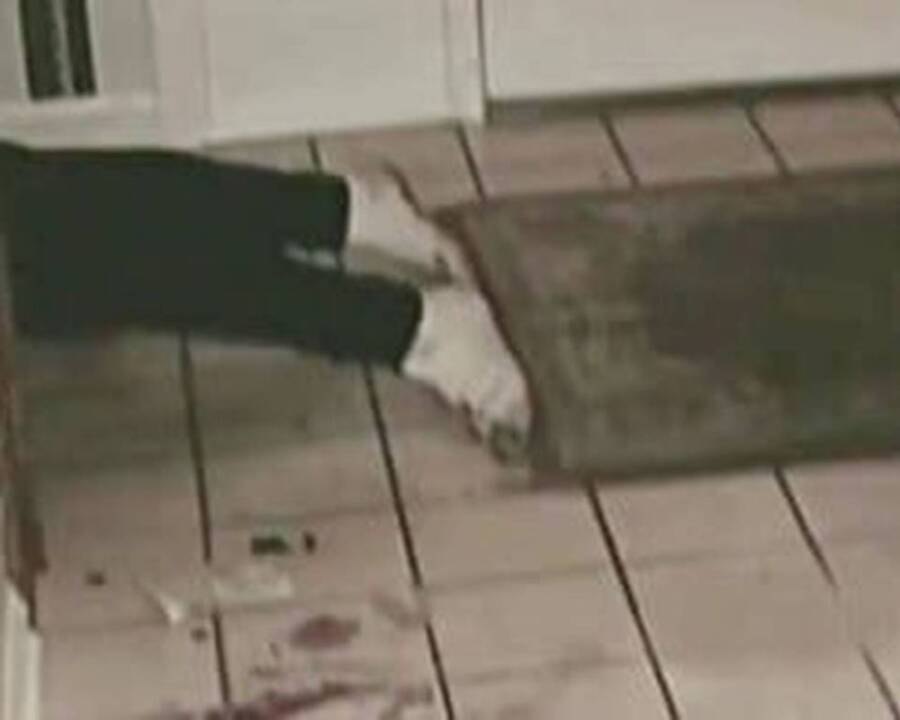 YouTubeA crime scene photo of Peter Porco, lying dead in the foyer of his home.

Porco said he’d been sleeping on the couch in his college dorm all night, but his roommates said they’d watched a movie in the common area and hadn’t seen him there. What’s more, security cameras at the University of Rochester captured his easily identifiable yellow Jeep leaving campus at 10:30 p.m. on Nov. 14 and returning at 8:30 a.m. on Nov. 15.

Tollbooth collectors along the route from Rochester to Bethlehem also recalled seeing the yellow Jeep. And according to Forensic Tales, Porco’s DNA was later found on one of the toll tickets, proving he was indeed the person driving the Jeep.

Christopher Porco was arrested for his father’s murder, but he maintained his innocence throughout his trial. What’s more, Joan Porco even argued in her son’s favor. In a letter to the Times Union, she wrote, “I implore the Bethlehem police and the District Attorney’s Office to leave my son alone, and to search for Peter’s real killer or killers so that he can rest in peace and my sons and I can live in safety.”

Despite Joan’s pleas, Christopher Porco was found guilty of second-degree murder and attempted murder and sentenced to a minimum of 50 years in prison. After his conviction, he insisted in an interview that his father’s true killers were still out there. “At this point,” he said, “I have little confidence that they will ever be caught.”

After reading about the gruesome crimes of Christopher Porco, go inside the unsolved Villisca ax murders. Then, learn how Susan Edwards killed her parents and buried them in the garden.