Inside The Chilling Crimes Of Anthony Sowell, The ‘Cleveland Strangler’ Who Viciously Murdered 11 Victims

Between 2007 and 2009, Anthony Sowell killed 11 women and hid their decomposing remains in his house and backyard, creating a foul stench that ultimately pervaded the entire neighborhood.

For two years in the early 2000s, a foul odor enveloped the Mount Pleasant neighborhood of Cleveland, Ohio. Residents were quick to blame a nearby sausage shop — but the stench was actually coming from the home of Anthony Sowell. 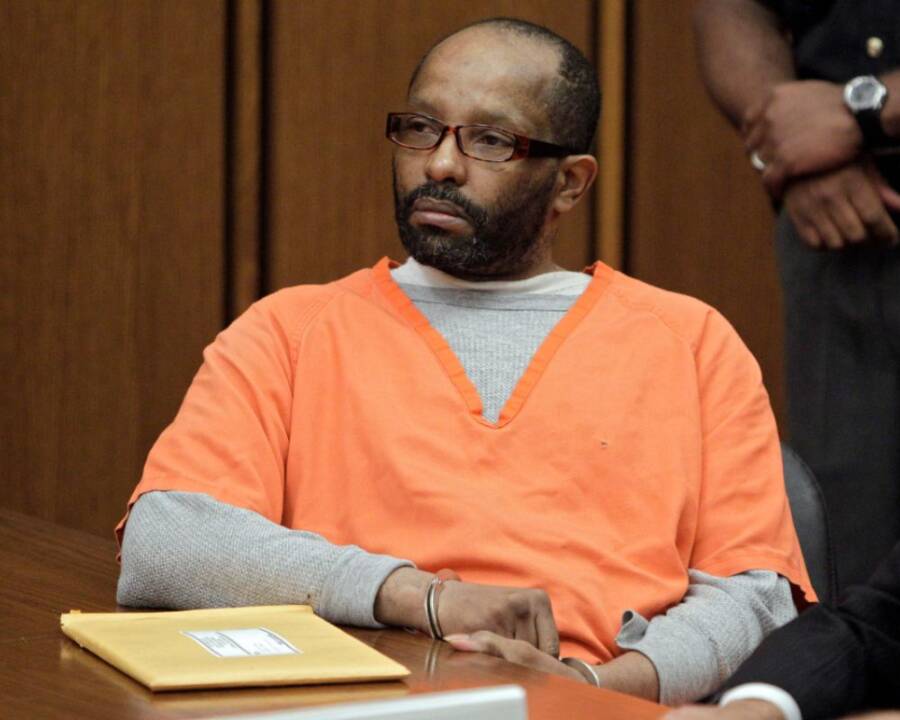 Twitter/New York PostAnthony Sowell killed 11 women between 2007 and 2009 and hid them around his Cleveland property.

Between 2007 and 2009, Sowell raped and murdered 11 women, then hid their remains in his home and backyard. The smell of their decomposing bodies permeated the air, causing neighbors to believe there was a sewage leak or an issue with rotten meat at Ray’s Sausage, which was located next door to Sowell’s house.

It wasn’t until one of Sowell’s victims escaped and went to the police with her harrowing story of survival that the killer was brought to justice. The ensuing investigation unraveled a macabre tale — and brought local authorities under fire for failing to stop Sowell sooner.

In the end, the “Cleveland Strangler” was convicted of 11 counts of murder and spent the rest of his life behind bars. However, the memory of his “house of horrors” continues to haunt those connected to this grisly case.

Anthony Edward Sowell was born on Aug. 19, 1959, and raised in an abusive home in East Cleveland. According to Cleveland.com, he began raping his 10-year-old niece, who also lived in the home, when he was just 11.

At the age of 18, Sowell enlisted in the U.S. Marine Corps. He served for seven years and was honorably discharged in 1985. Upon his return to Cleveland, Sowell began racking up a criminal record. His first offenses were fairly minor, involving drugs and alcohol, but he soon turned to domestic violence. 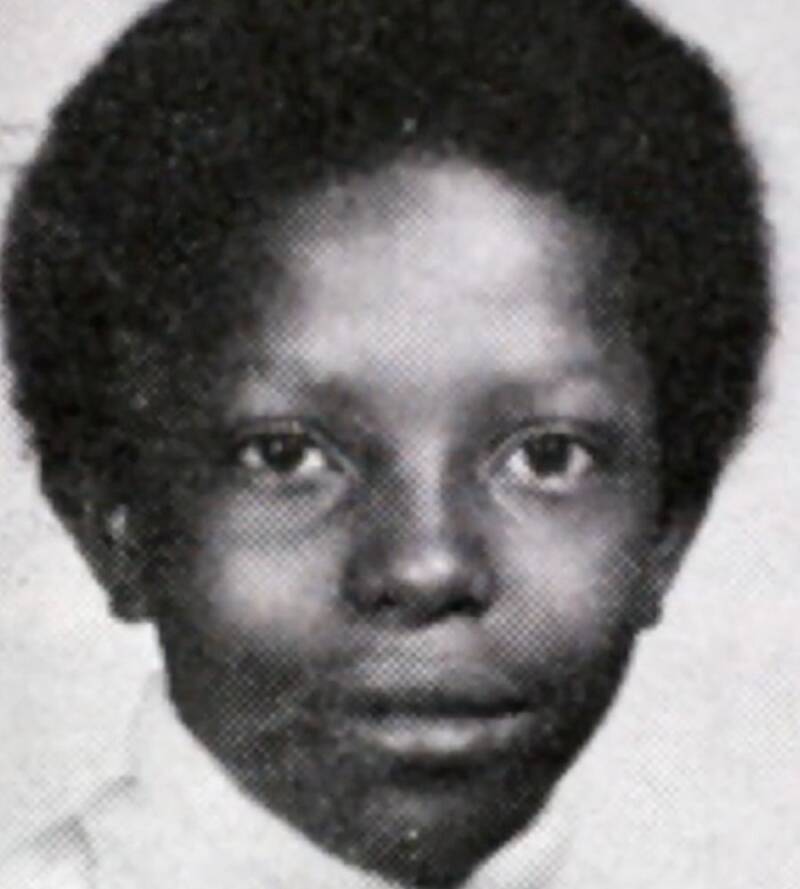 YouTubeAnthony Sowell grew up in an abusive home and began sexually assaulting his own niece when he was 11 years old.

Then, in 1989, Sowell bound, gagged, and raped a 21-year-old pregnant woman in his home. “He choked me real hard because my body started tingling,” his victim later recalled. “I thought I was going to die.”

According to The New York Times, Sowell spent 15 years in prison for the rape. He was released in 2005 — but he quickly returned to his life of crime.

The Gruesome Murders Of The ‘Cleveland Strangler’

Anthony Sowell’s first known victim in his violent murder spree was a 38-year-old woman named Crystal Dozier. A mother of seven, Dozier had started struggling with drug addiction after the death of one of her children. In May 2007, Sowell offered her drugs to lure her into his home, where he raped and murdered her.

For the next two years, the serial killer continued his reign of terror, targeting women who he didn’t think would be reported missing by loved ones.

Tragically, he was correct about some of his victims, who weren’t even known to be missing until their bodies turned up on his property months or even years after their murders. However, many of his victims were reported missing — but the police didn’t take their families seriously. 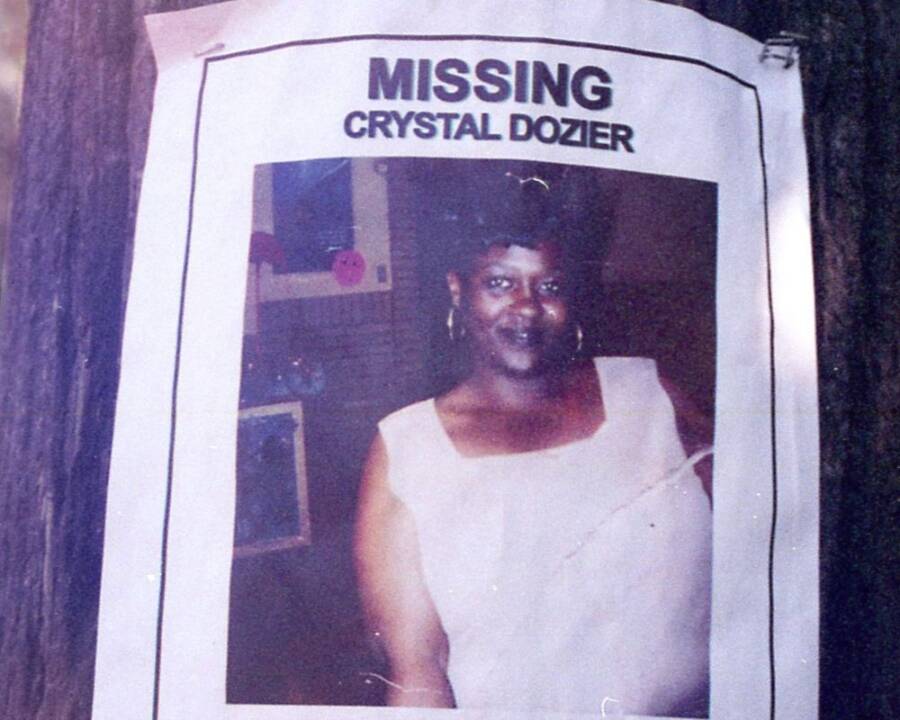 Rachel Dissell, a former investigative reporter involved in the case, told A&E, “Many of the families went to the police, and the police wouldn’t even take a report. Police would tell them that if they’re using drugs, they’ll come back when they’re ready.”

It’s unknown how many women could have been saved had the police listened to the victims’ families. Unfortunately, it wasn’t until October 2009 that Sowell’s horrific crimes were uncovered.

Escaping From The Clutches Of Anthony Sowell

In September 2009, a woman named Latundra Billups went to Anthony Sowell’s home after he promised her drugs. Once she was inside, he beat her, raped her, and choked her with an electrical cord until she passed out.

Thankfully, Billups regained consciousness, and Sowell actually allowed her to leave. However, perhaps because she was worried about the drugs in her system or perhaps because Sowell had threatened her, Billups didn’t immediately go to the police with her story.

A month later, on Oct. 20th, another woman named Shawn Morris went to Sowell’s home to “drink and do drugs.” She initially left without incident, but she realized she’d left her ID behind and had to turn back. At that point, Sowell attacked her. She escaped by climbing out of a third-story window, and Sowell’s neighbors called 911 to report a naked woman falling from the home.

Morris also refused to speak with the police, and Sowell was nowhere to be found when officers arrived. Had Billups not finally decided to file a report against Sowell the following week, he may have continued his killing spree unabated. However, Billups’ report in addition to the incident with Morris allowed authorities to obtain a warrant to search Sowell’s home. 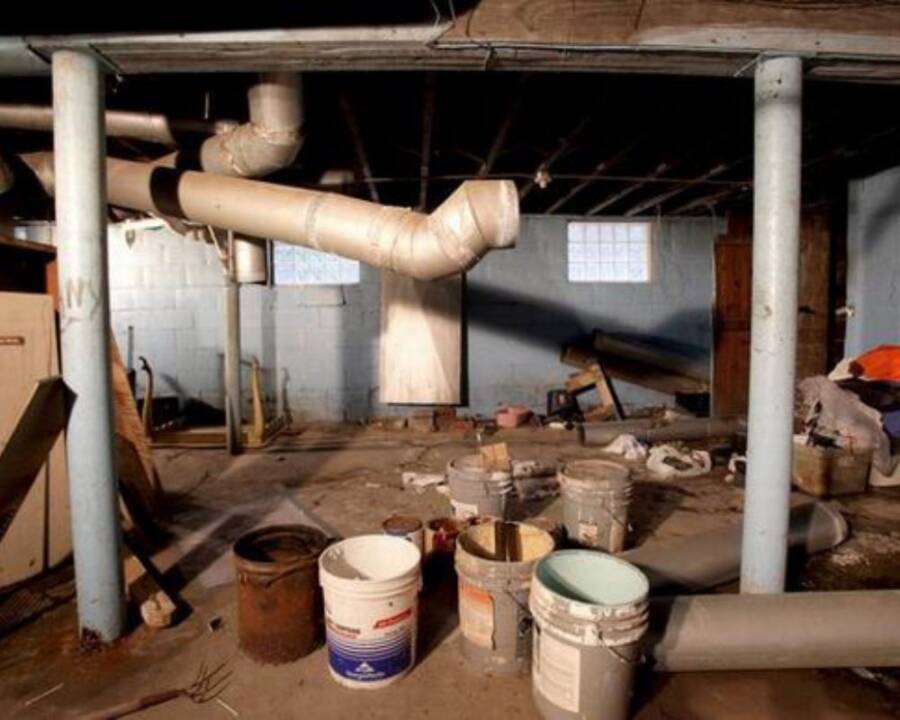 MurderpediaThe bodies of at least two women were found in Anthony Sowell’s basement.

What they found inside on Oct. 29th would stay with them forever.

The putrid scent hit investigators first. Then, they came across two decomposing bodies in a shallow grave in Sowell’s basement. As their search continued, they uncovered four more bodies in crawlspaces, four buried in the backyard, and a woman’s skull wrapped in a paper bag and stuffed into a bucket inside.

Altogether, they found at least the partial remains of 11 women. According to Cleveland 19 News, Sowell wasn’t home at the time of the search, but he was located and arrested two days later on Oct. 31st.

The true extent of Anthony Sowell’s chilling crimes would soon come to light during his highly-publicized trial.

The Community’s Reaction To The Crimes Of Anthony Sowell

Sowell’s neighbors were horrified to learn that the terrible smell they had complained about for years wasn’t coming from Ray’s Sausage after all. Ray Cash, the owner of the shop, testified about the odor at Sowell’s trial.

“Because we’re in the meat business, people assumed that it was us,” he said. “But when they walked into our factory, there was no smell like that. It was always outside.” 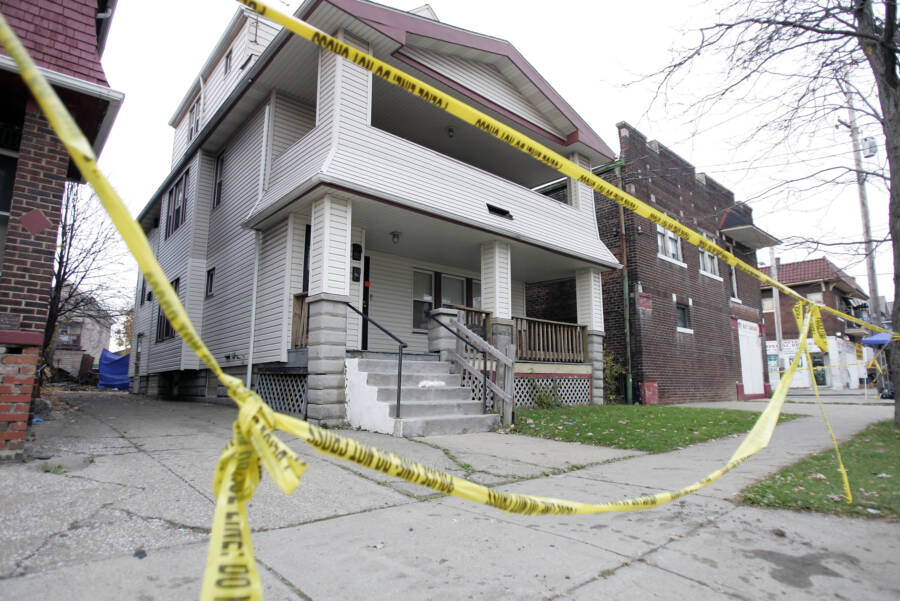 Cash said that he even spent over $20,000 on new plumbing fixtures, sewer lines, and grease traps in an effort to stop the stench. Still, learning about the horrifying true source of the smell led to no feelings of vindication for Cash.

Other residents were appalled at the Cleveland Police Department’s handling of the case.

The first body recovered from Anthony Sowell’s home to be identified was that of Tonia Carmichael. She had vanished in late 2008 after telling a friend that she was going to run errands. Carmichael’s family reported her missing to police, but officers stereotyped her as a Black drug user and failed to follow up on leads, such as Carmichael’s car being found in Sowell’s neighborhood.

“People forgot about her,” Carmichael’s daughter, Donnita, said. “They dropped the ball.” 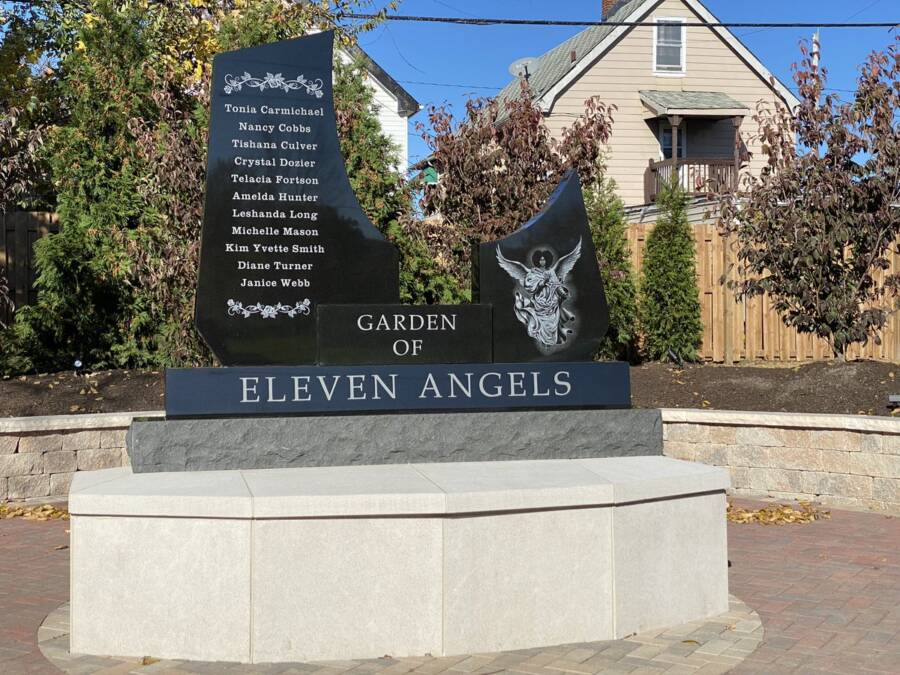 The city of Cleveland eventually paid out $1.3 million in settlements to the families of Sowell’s victims for their poor handling of the case, per PEOPLE.

Sowell was ultimately convicted on 81 charges, including rape, kidnapping, tampering with evidence, abuse of a corpse, and 11 counts of murder. He was sentenced to death, but he passed away in February 2021 of natural causes.

His home was demolished in 2011, and in 2021, a memorial called the Garden of Eleven Angels was unveiled on the site to honor the forsaken victims of the “Cleveland Strangler.”

After learning about the horrific crimes of Anthony Sowell, discover the mystery of the “Chicago Strangler.” Then, go inside the depraved crimes of Tony Costa, the “Cape Cod Vampire.”