The Astonishing History Of The Antikythera Mechanism, The Oldest Computer In The World

Scientists have long struggled to unlock the mysteries of the Antikythera mechanism, an ancient Greek computer used to study the secrets of the universe.

In 1901, a group of Greek sponge divers made an astounding discovery off the island of Antikythera in the Aegean Sea — a Roman-era shipwreck filled with riches. Dive after thrilling dive revealed statues, gold jewelry, and coins.

But the divers also surfaced a few lumps of bronze. Though initially overlooked, these unassuming pieces were actually the wreck’s greatest treasure.

They were pieces of an intricate, ancient Greek computer from approximately 2,000 years ago. It’s now known as the Antikythera mechanism — the oldest computer in history. 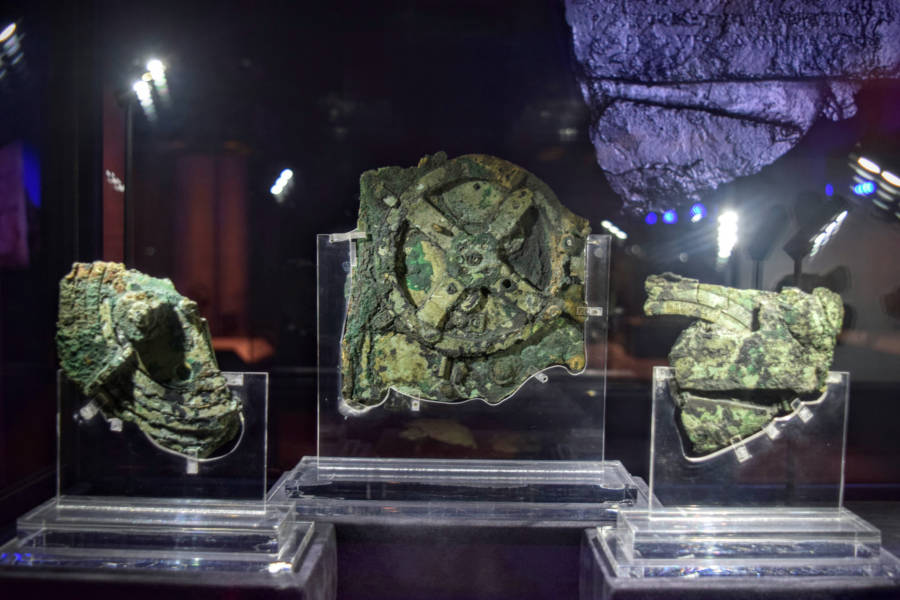 FlickrThe Antikythera mechanism, the oldest computer ever discovered, on display at the National Archaeological Museum in Athens.

The Antikythera mechanism has frustrated and fascinated scientists ever since. Ancient Greeks used history’s oldest computer for a multitude of purposes. The device could mark the passage of time on at least three different calendars, track the movement of celestial bodies, and pinpoint the waxing and waning of the Moon.

But the Antikythera mechanism contains a universe of mystery all its own. Where did the technology for such a device come from? And why wasn’t anything like it seen for hundreds of years after the device sank?

The Mind-Boggling Mystery Of The Antikythera Mechanism, History’s Oldest Computer 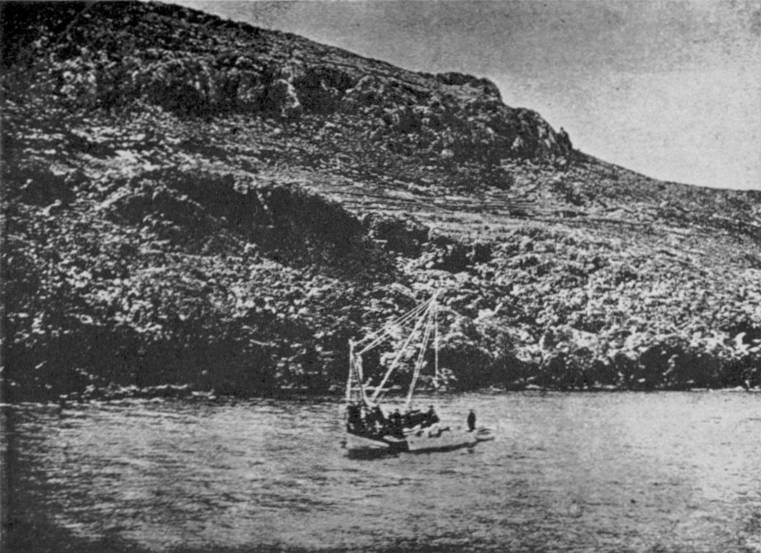 Wikimedia CommonsThe site of the wreck containing the Antikythera mechanism. Circa 1900-1901.

After spending 2,000 years at the bottom of the sea, the Antikythera mechanism was in no rush to reveal its secrets.

Archeologists who first examined the lumps of bronze in May 1902 noted tiny gear wheels and inscriptions in Greek. They cleaned and examined other lumps and were able to piece together some kind of device, 33 by 17 by 9 centimeters.

Eventually, researchers had 82 pieces, including 30 interlocking gear wheels — and an astoundingly modern-looking piece of technology.

But all this prompted more questions than answers. Researchers only had one-third of the device. And centuries underwater had taken its toll. Pieces of the device were clogged and corroded, which made reading the inscriptions or seeing how the gears might fit together next to impossible.

Plus, the device seemed incredibly advanced for the ancient Greeks. How could it be that such a device had been invented — and then had blinked out of existence for over 1,000 years? 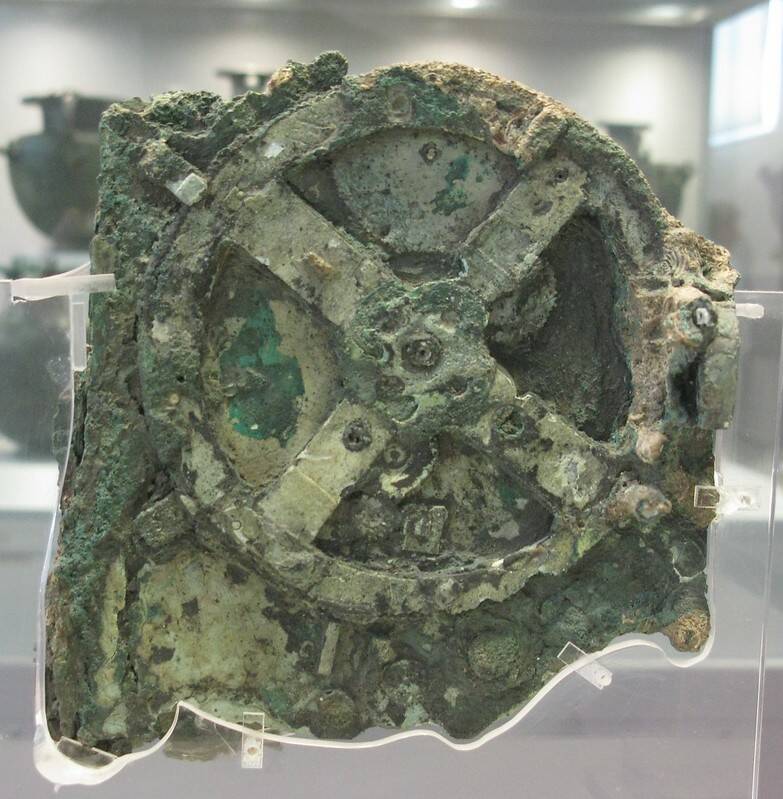 The mystery was set aside until Derek de Solla Price, a professor of the history of science at Yale University, became intrigued by the strange device 50 years later. He used early X-Ray technology to study the Antikythera mechanism.

Price theorized that the device was way more than an ancient clock. In a 1959 paper in Scientific American, he speculated that it was actually the world’s first “computer” and that ancient Greeks had used it to unlock the mysteries of the universe.

“Nothing like this instrument is preserved elsewhere,” Price wrote. “Nothing comparable to it is known from any ancient scientific text or literary allusion.”

At the time, many dismissed Price’s “computer” theory as far-fetched. But he succeeded in laying the foundation for other scientists to build on as they investigated the Antikythera mechanism themselves.

The Purpose Of This Ancient Greek Computer 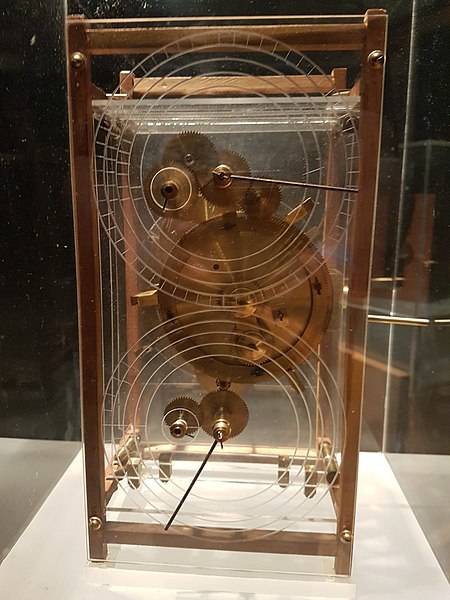 Wikimedia CommonsA reconstruction on what the interior of the Antikythera mechanism would have looked like.

After decades of research, scientists have a basic understanding of what the Antikythera mechanism looked like and how ancient Greeks used it — even if how exactly it worked remains elusive.

The device, which dates to the 2nd century B.C., was originally held within a small wooden box with a hand-crank on the side. As someone moved the crank, the interlocking gearwheels inside would get to work.

From there, ancient Greeks would suddenly have access to a spectacular amount of information. They could model the passage of time and the movement of celestial bodies in the sky above. Dials within the device tracked days for at least three different calendars — and another calculated the timing of the Olympics. The front face of the device had pointers representing stars and planets, and their position relative to Earth. Greeks could also examine a painted model of the Moon to see how it was waxing and waning. 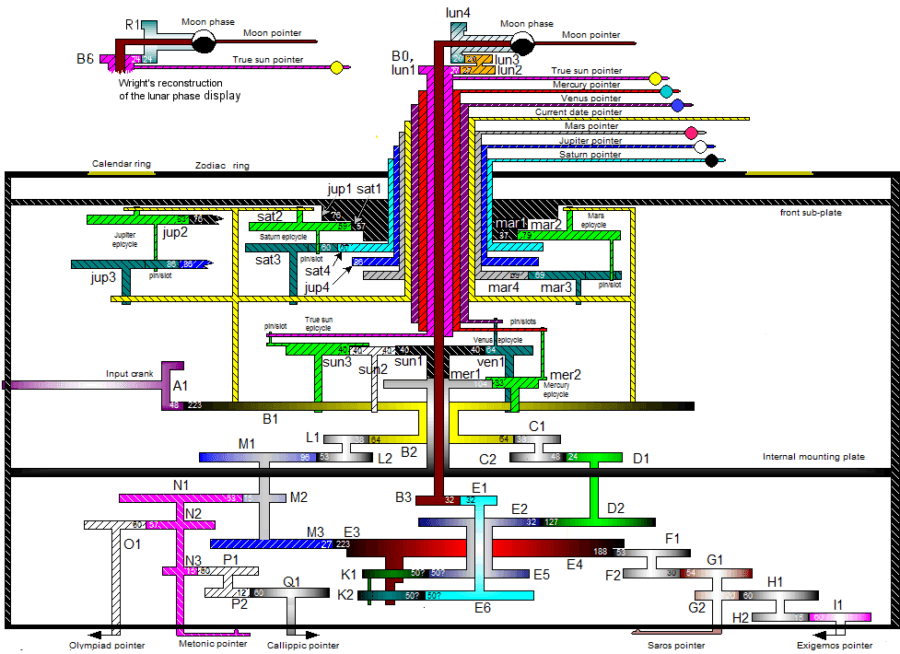 Wikimedia CommonsA hypothetical depiction of what the device’s inner-workings might have looked like, created by scientists in 2012.

In other words, the Antikythera mechanism was capable of making extensive, detailed calculations about the universe.

“It is a bit frightening to know that just before the fall of their great civilization the ancient Greeks had come so close to our age, not only in their thought, but also in their scientific technology,” Price noted.

Although the Antikythera mechanism was complex, the Greeks used it in pursuit of ancient ideas. For example, they put a great emphasis on eclipses. They believed that an eclipse could signify an imminent famine, uprising, or war.

“Things like eclipses were regarded as having ominous significance,” noted Alexander Jones, a historian of ancient science at New York University’s Institute for the Study of the Ancient World.

He explained that it made sense for the Greeks to see a link between “these things that are purely astronomical with things that are more cultural, like the Olympic games, and calendars, which is astronomy in service of religion and society, with astrology, which is pure religion.”

That concept could help explain why the Greeks wanted to build the Antikythera mechanism. They wanted to understand the universe, and the device offered a method to add meaning to chaos.

The Continuing Mystery Of The Antikythera Mechanism Today

Since Price’s research into the Antikythera mechanism, scientists have continued to chip away at the ancient Greek computer — and have made some thrilling discoveries. 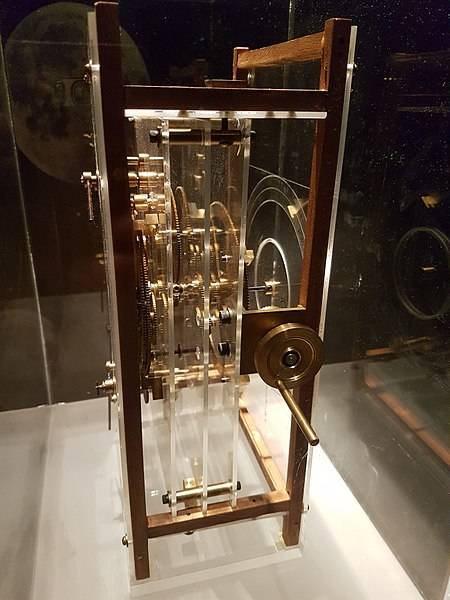 Wikimedia CommonsThe advanced gears of the Antikythera mechanism (photo depicts a reconstruction of the device).

The effort has been led in recent years by the Antikythera mechanism Research Project (AMRP). Using more powerful X-ray technology than Price had they were able to peer into the heart of the machine.

“Before, we had scraps of the text that was hiding inside these fragments, but there was still a lot of noise,” said Alexander Jones. He and his colleagues were able to study X-ray scans as well as impressions left on material that had stuck to the original bronze lumps.

By solving this “double jigsaw puzzle” they were able to make out inscriptions that had long eluded others — including a 3,500-word piece of text on one of the device’s main panels.

Mike Edmunds, an astronomer-astrophysicist on the team, explained that the text offered insight into how the machine worked — if not explicit instructions. “It’s not telling you how to use it,” Edmunds explained. “It says, ‘What you see is such and such,’ rather than, ‘Turn this knob and it shows you something.”

In March 2021, researchers at the University College London presented another exciting find. Using X-rays and ancient Greek math, they had constructed a 3D computer model of the entire front panel of the device.

“Our work reveals the Antikythera mechanism as a beautiful conception, translated by superb engineering into a device of genius,” the group of researchers announced in the journal Scientific Reports. “It challenges all our preconceptions about the technological capabilities of the ancient Greeks.”

“It’s like answering how they built Stonehenge,” Wojcik explained. “Let’s get 200 people with some rope and a big stone and try to pull it across Salisbury Plain. That’s a bit like what we’re trying to do here.” 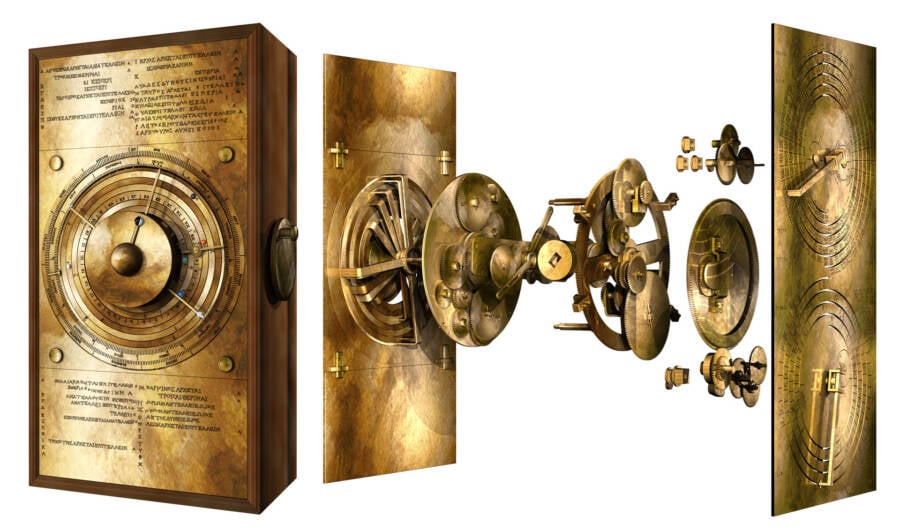 Next, researchers will try to build physical models to match — one using modern materials in order to see if the device functions, and one using materials that the Greeks would have had available to them during their lives.

For now, it’s certain that scientists will keep searching for answers about the Antikythera mechanism. The only question is how many of its untold secrets will this ancient Greek computer actually give up.

After this look at the Antikythera mechanism, the oldest computer in the world, read up on some more of the most fascinating archaeological discoveries of all time. Then, check out some interesting facts about history that most people have never heard before.