Meet Chuck Mawhinney, The Deadliest Sniper In The History Of The Marine Corps

With 103 confirmed kills, Charles Benjamin Mawhinney holds the record for most enemies taken down by a sniper in the history of the U.S. Marine Corps. 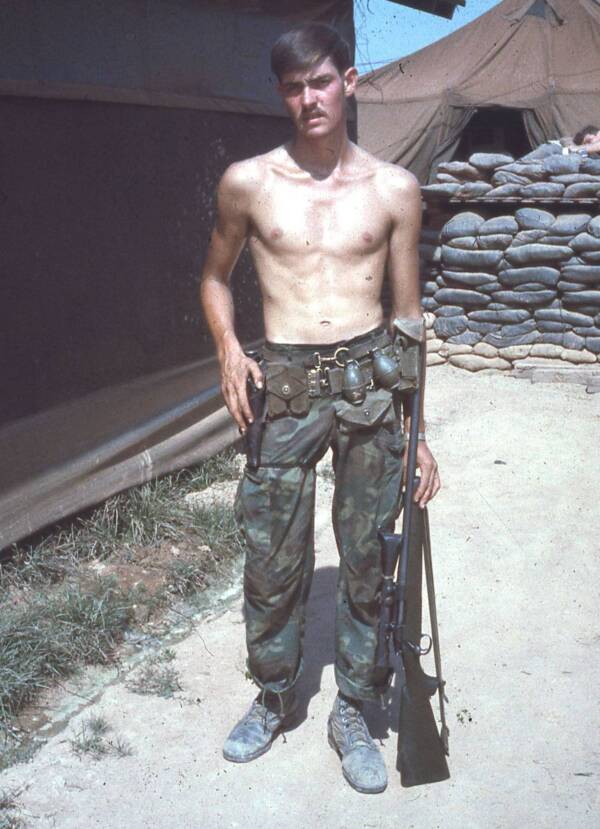 But when the war ended, Chuck Mawhinney simply retired from the Marine Corps and spent his days working in the U.S. Forest Service, telling no one — not even his wife — about his career in Vietnam. This is the amazing true story of Chuck Mawhinney, the legendary sniper who was as deadly as he was humble.

Born in 1949 in Lakeview, Oregon, Charles Benjamin Mawhinney was the son of a World War II Marine Corps veteran who hoped his son would follow in his footsteps. And that’s exactly what he did: Shortly after the deer-hunting season was over in June of 1967, the younger Mawhinney graduated high school and enlisted in the Marines.

But before he could be sent off to war, Mawhinney enrolled in Scout Sniper School at Camp Pendleton in California and graduated in April 1968. The allure of being a sniper also came naturally to the younger Mawhinney, who had spent most of his life doing what formal sniper school had trained him to do anyway.

“My father was a Marine during World War II,” Chuck Mawhinney told American Rifleman in 2012. “I started shooting at a very young age, and he taught me to shoot like the Marines taught him, so there wasn’t any big transition from hunting in Oregon to becoming a sniper.”

With his formal training out of the way, Mawhinney was dispatched to Vietnam, where the war was in the middle of one of its bloodiest stretches.

Becoming A Deadly Legend In Vietnam

Chuck Mawhinney was initially dispatched as a rifleman to Lima Company 1st Battalion, 5th Marines, 1st Marine Division — and he hit the ground running as a deadly shot. However, after only three months in the battalion, he was transferred to several different battalions, before ultimately landing with the Delta Company.

But it was his time with the Delta Company that proved to be the most lethal, and where he racked up his confirmed 103 kills. He later said of Vietnam, “It was the ultimate hunting trip.”

In perhaps his most astonishing moment, on Valentine’s Day 1969, Chuck Mawhinney was set up at a base near Da Nang when he got word that a large North Vietnamese Army platoon was advancing toward them. A monsoon made air support an impossibility, so Mawhinney volunteered to sneak forward and cover a river that the enemy was sure to cross.

But the first wave of North Vietnamese never crossed the river. Mawhinney took position with just his spotter, as well as his trusty Remington M40 and M14, and waited until the entire contingent waded into the river — then he started shooting. In the span of just 30 seconds, Mawhinney fired 16 shots, every one of them a dead-on headshot, single-handedly bringing the enemy attack to a screeching halt.

“I got 16 rounds off that night as fast as I could fire the weapon,” Mawhinney said, according to Business Insider. “Every one of them was headshots, dead center. I could see the bodies floating down the river.”

This moment was no exception: Throughout the entire war, only one enemy ever entered Mawhinney’s scope and managed to survive — and Mawhinney always said that this was his one regret from his time in the war. It happened during one particularly intense battle when an armorer was adjusting his rifle as he spotted an enemy combatant. He grabbed the rifle and fired off 16 shots, but all 16 of them missed their intended target.

“It’s one of the few things that bother me about Vietnam,” he said to The Los Angeles Times. “I can’t help thinking about how many people that he may have killed later, how many of my friends, how many Marines.” 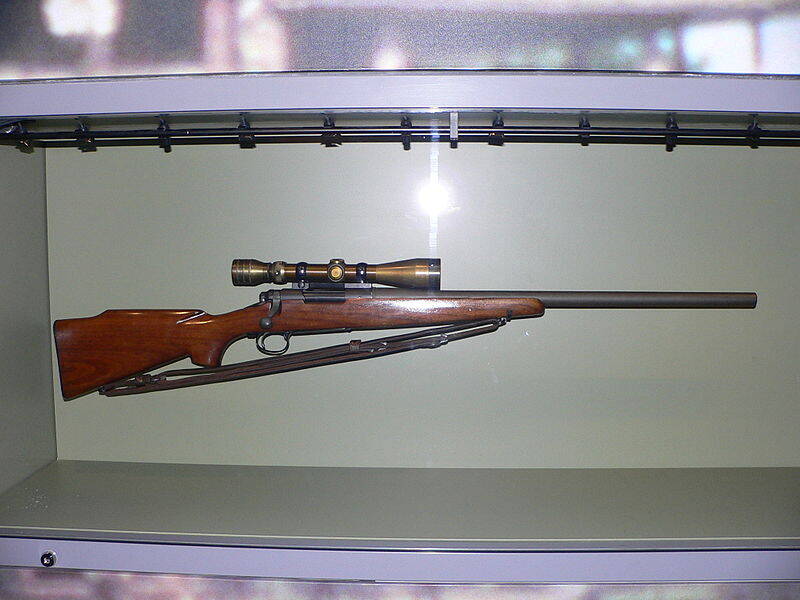 Mark Pellegrin/Wikimedia CommonsChuck Mawhinney’s M40 rifle is on display in the United States Museum of the Marine Corps.

After Chuck Mawhinney retired from the Marine Corps in 1970, he returned to his hometown of Lakeview, Oregon, and got married before beginning a career with the U.S. Forest Service, where he would stay for more than 20 years. In the late 1990s, Mawhinney retired and probably thought he was going to live the rest of his life in quiet anonymity, protected by the woods of his native rural Oregon.

That all changed, however, in 1991. At that time, Joseph Ward’s best-selling book, Dear Mom: A Sniper’s Vietnam, hit the shelves, and it went into extensive detail about the legend of Chuck Mawhinney in the jungles of Vietnam. Initially, Ward’s claim was hotly contested, because Carlos Hathcock — who also served in Vietnam in the Marine Corps — was believed to have held the record, with a confirmed total of 98 kills.

However, subsequent investigation proved that Mawhinney did indeed hold the most confirmed kills in the Marine Corps history, and the second-most kills in the American armed forces history (behind Adelbert Waldron of the United States Army, who held a confirmed total of 109 kills). It’s believed, too, that Mawhinney actually killed more than 200 combatants, but not all of those deaths have been confirmed by the armed forces.

As of 2022, Chuck Mawhinney still lives a relatively sedate, quiet life of a retiree, though he’ll periodically speak to classes of professional snipers in training. His M40 rifle is on display in the National Museum of the Marine Corps. He was also the subject of a History Channel special called Sniper: The Anatomy of the Kill, in which an “astounding” headshot by Mawhinney was recreated for the special. And if asked, he only has one piece of advice for aspiring snipers.

“I give them Chuck Mawhinney’s three rules of becoming a good sniper: Practice, practice, and more practice,” he said to the South Florida Sun-Sentinel.

Whether it was practice, his upbringing, his natural talent, or some combination thereof, Chuck Mawhinney certainly proved to be perhaps the most devastating sniper in the history of modern warfare.