Carlos Hathcock had 93 confirmed kills of enemy personnel during the Vietnam War, but he estimated the actual number to be between 300 and 400.

He is quoted as saying he liked the hunt, but not the killing. “A person would have to be crazy to enjoy killing another human being.” Yet he killed many and in stealthy ways that gained him a lifetime of recognition.

Carlos Hathcock Joins The The Marines 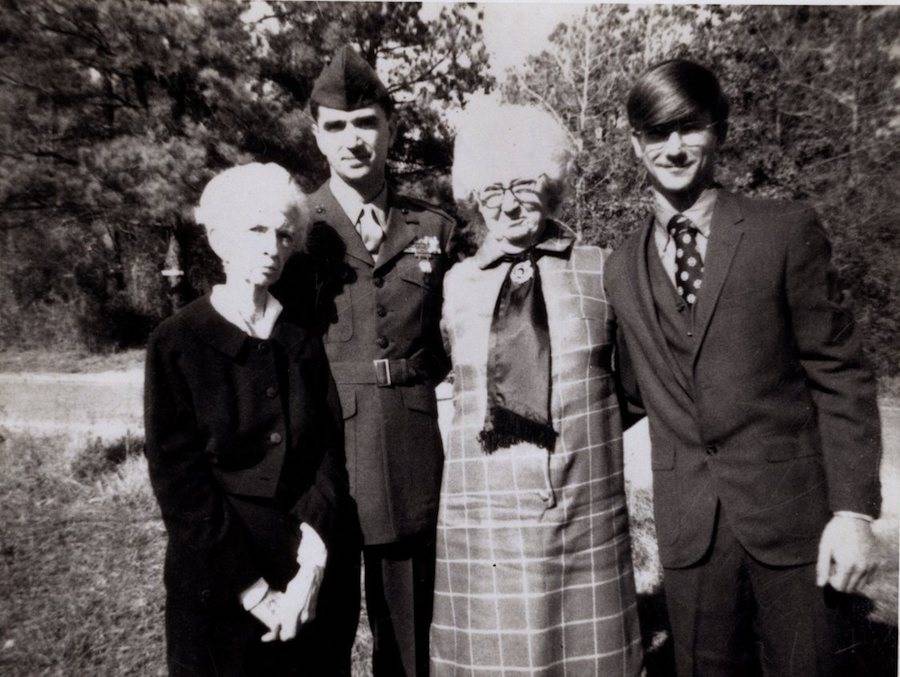 USMC ArchivesCarlos Hathcock with his brother and grandmothers in 1969.

Carlos Hathcock was born in Little Rock, Arkansas on May 20, 1942. He went to live with his grandmother after his parents divorced and taught himself to shoot and hunt as a young boy.

Though this was partly out of necessity to feed his family, Hathcock also dreamed of enlisting in the army. This military mindsight was introduced to Hathcock early as his father gave him his Mauser rifle from World War I. 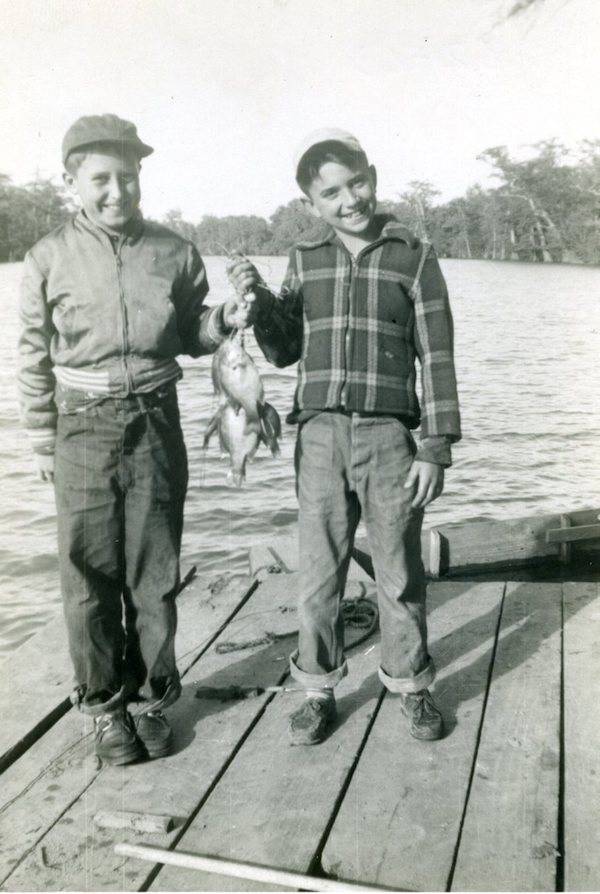 In 1959 when he was 17, Hathcock enlisted in the U.S. Marines. By that point, Hathcock’s shooting skills were highly advanced and only continued to get better. When he was 23, he won the Wimbledon Cup, the premier American marksmanship championship.

“Shooting is 90 percent mental,” said Land. “It’s the ability to control your mind, your heartbeat, your breathing. I first noticed that Carlos was special at the championships. There were thousands of people watching, a band and television cameras, yet it didn’t seem to bother him at all.”

Just a year after the championship in 1966, Carlos Hathcock was deployed to Vietnam.

Going To Vietnam, Becoming A Sniper

Carlos Hathcock started out his deployment as a military policeman. But he soon volunteered for combat, where his skills and stamina didn’t go unnoticed. He was transferred to the 1st Marine Division Sniper Platoon, located at Hill 55, south of Da Nang.

That was the start of something major. Hathcock’s feats and movie-like missions during two tours in the 1960s would earn him the title of the Vietnam War’s deadliest sniper. He also earned the nickname “White Feather” thanks to the white feather on his bush hat that dared the enemy troops to spot him.

Kills during the Vietnam War had to be accounted for by a third party (in addition to the sniper and the sniper’s spotter). Officially, Carlos Hathcock had 93 confirmed kills. Unofficially and by his own estimates, Hathcock believed he killed between 300 and 400.

In one of his more renowned stories, Carlos Hathcock killed an enemy sniper through the enemy’s own rifle scope. Hathcock took the bait after the rival sniper shot several of Hathcock’s fellow Marines as a tactic to draw him out of camp. Crawling on his stomach, Hathcock moved slowly until he saw a small shimmer of light.

Recognizing that this glimmer was the enemy’s scope, Hathcock shot from 500 yards away. Rifle scopes are usually just a few inches wide, but the bullet Hathcock shot passed clean through it. The enemy, with his gun pointed in Hathcock’s direction, was shot in the eye and killed. 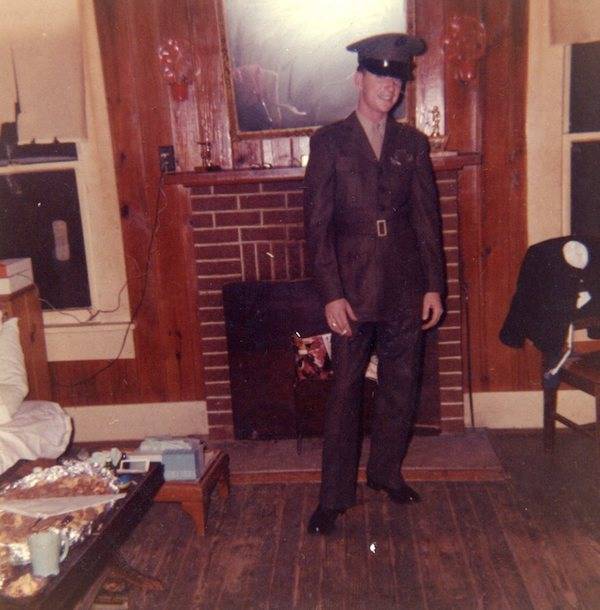 Another one of Hathcock’s most notorious kills was that of the woman sniper called “Apache.” Apache was known for ambushing and torturing Marines. “We wanted Apache bad,” Hathcock recalled.

For weeks, the snipers would go out every morning in search of Apache. Then, late one afternoon in 1966, Land spotted a woman who matched the description traveling up a small mounting with a group of men. Pointing her out to Hathcock, he noticed she had a rifle with a scope. Once she reached the top, Hathcock fired and Apache collapsed.

After 13 months, 85 recorded kills, fearful of the bounty placed on him, and being asked to complete a “suicide mission” of a Vietcong general, Hathcock succumbed to burnout. He was discharged in 1967 and rejoined his wife and son back home in Virginia. But he missed the Marines more than he realized and reenlisted one week later.

In 1969, Hathcock was sent back to Vietnam and took command of a platoon of snipers, though his second tour was much more short-lived than his first.

On September 16, a personnel carrier Hathcock was aboard was struck by a 500-pound mine. The vehicle burst into flames and Hathcock was thrown from it. He lost consciousness briefly, before climbing back to pull seven Marines out from the burning vehicle.

Suffering severe third-degree burns, Hathcock had to be medically evacuated, thus ending his career as a sniper. For being wounded in combat, he was awarded the Purple Heart.

Life After The Vietnam War 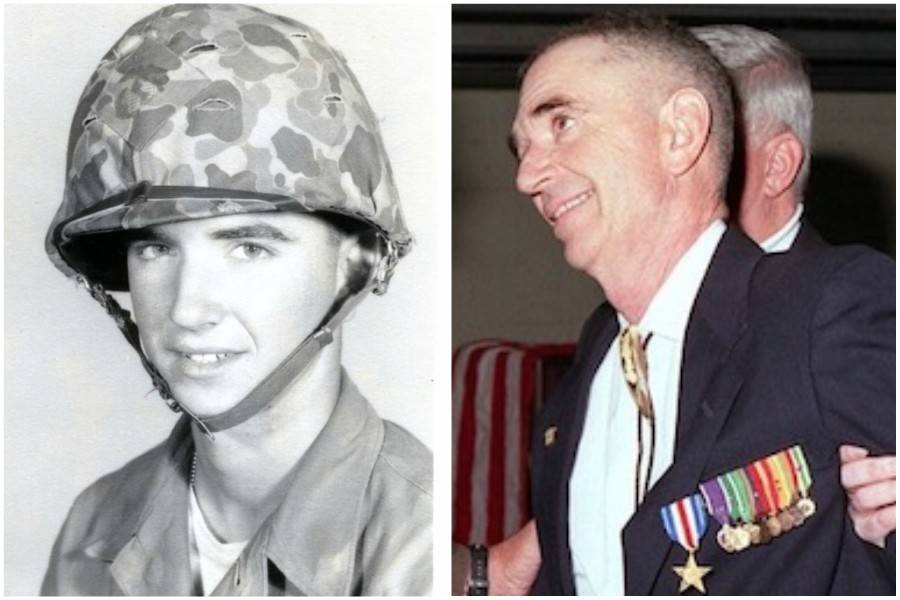 Carlos Hathcock left the hospital in December 1969. He was only 27, walked with a limp, and had little use of his right arm. Still, he was allowed to stay in the Marines and helped start the Marine Corps Scout Sniper School in Quantico, Va. Unfortunately, around 1975, his health began deteriorating and he was soon diagnosed with Multiple Sclerosis. The decline was rapid.

Suffering from extreme pain, he started heavily drinking after work. In the middle of teaching at the rifle range in 1979, Hathcock collapsed. He woke up in the emergency room to find that he was losing feeling in both arms and couldn’t move his left foot.

At this point, Carlos Hathcock had served 19 years, 10 months, and five days, making him 55 days short of 20 years active duty. Serving 20 years is considered “qualifying service” and those who reach it receive retired pay that increases each year. But based on his dilapidated condition, Hathcock was classified as completely disabled and forced to retire.

This put Hathcock into a deep depression, feeling bitter that he had been kicked out of the Marines. He became so withdrawn from his friends and family that his wife almost left him.

Eventually, he picked up shark fishing and this newfound hobby helped him overcome his depression. He also began making visits to the sniper training facility at Quantico. Instructors and students alike welcomed him as he had become a fiercely admired figure.

On February 22, 1999, Carlos Hathcock died of complications from MS. He was buried at Woodlawn Memorial Gardens in Norfolk, Virginia.

After learning about Carlos Hathcock, the most renowned American sniper of the Vietnam War, read about Lyudmila Pavlichenko, the deadliest female sniper of World War 2. Then read about John Jairo Velasquez, Pablo Escobar’s top hitman.