14 Of History’s Most Important Archaeological Discoveries And Sites

From Pompeii to King Tut's Tomb, discover some of history's most interesting archaeological discoveries and sites. 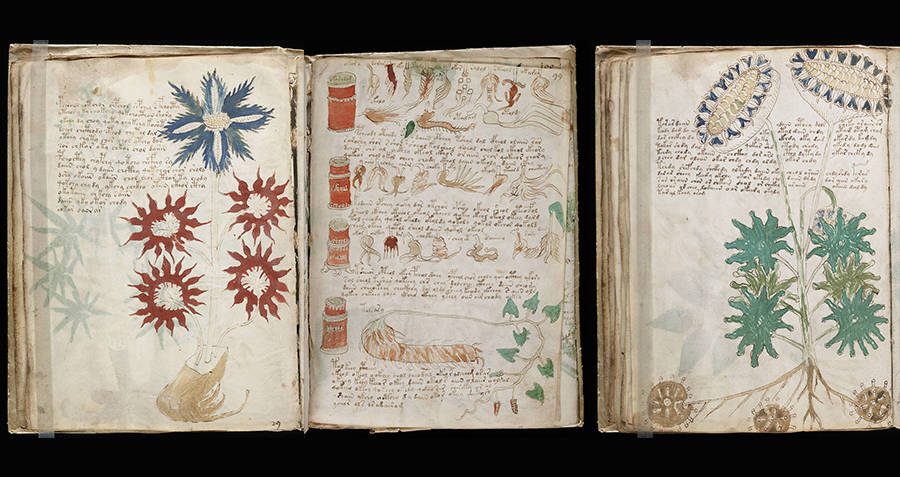 Since its discovery in 1912 (discovery meaning a book dealer bought it and realized its significance), the Voynich manuscript has baffled scientists, historians and cryptographers everywhere. The languages aren’t ones that are commonly used, and many of them have no translation available today. Even codebreakers from both World War I and World War II tried and failed to decipher its meaning. Wikimedia Commons 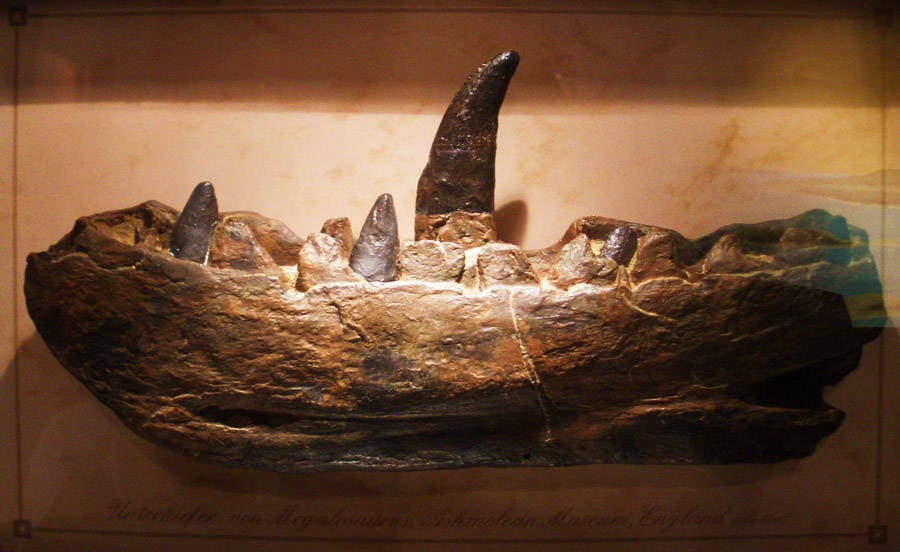 The Megalosaurus was the first dinosaur to ever to be described in scientific literature. The discovery of megalosaurus bones helped scientists discover how dinosaurs walked, what they ate, and where they lived, sparking the science of modern paleontology. Wikimedia Commons 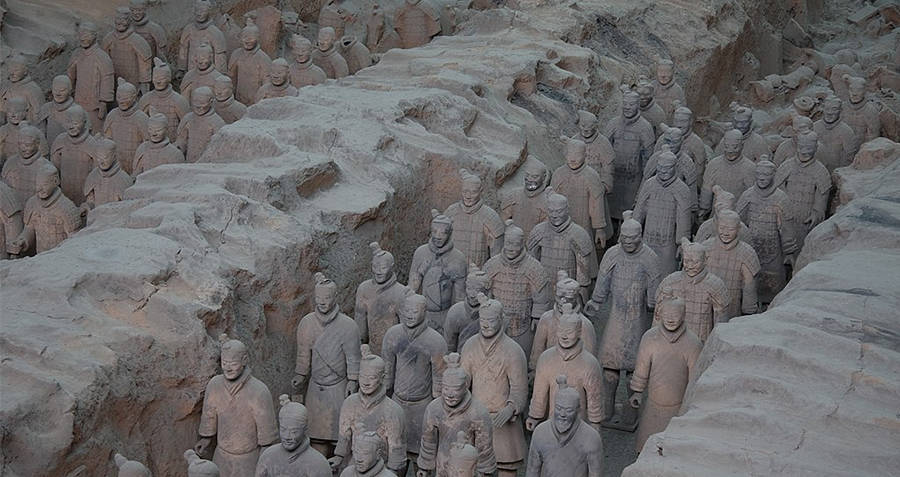 In the Shaanxi province in northwest China lies the ancient tomb of Qin Shi Huangdi, “The First Emperor.” However, it’s not the tomb, but what’s guarding it that’s the draw. Outside the entrance stand over 1000 life-size terracotta soldiers , assembled in lines. The find led researchers to understand the humanity and progressive views of the Emperor -- before Quin Shi, live armies were buried with emperors to guard them in the afterlife. Wikimedia Commons 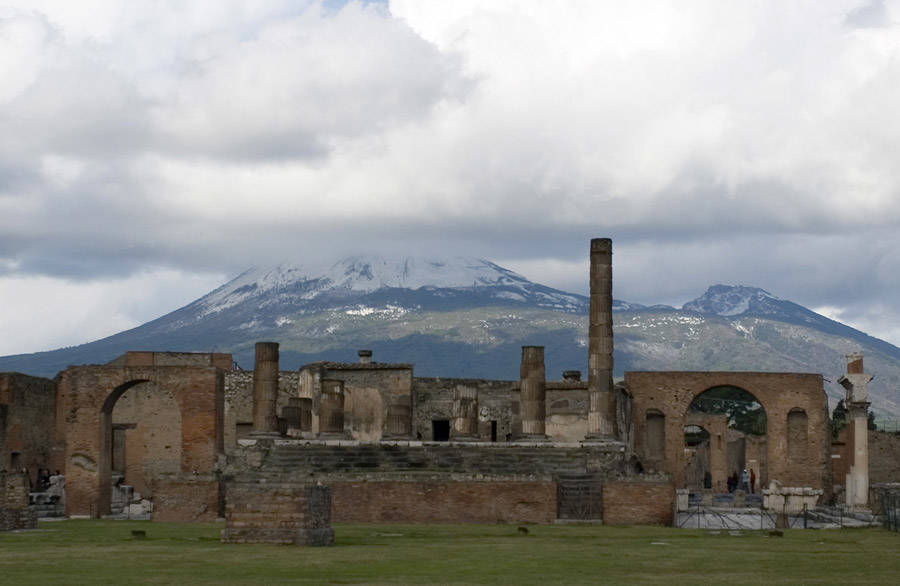 Pompeii was an ancient city near Naples, Italy, that was entirely demolished by ash and pumice from Mount Vesuvius erupting. For over 250 years, researchers have been studying the wreckage to learn about historic architecture, and what life may have been like during Pax Romana, a period of peace in the Roman Empire.Wikimedia Commons 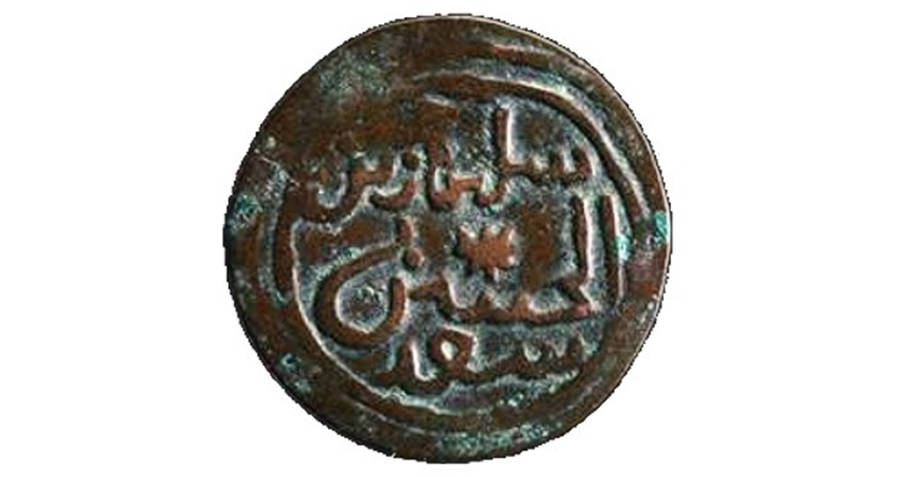 Most historians agree that Australia was discovered by James Cook in 1770. However, in 2014, a series of coins found in the northern territories led researchers to discover that the aboriginal people were actually communicating with traders from Africa, India, China and Europe long before Cook arrived. The British Museum Archives 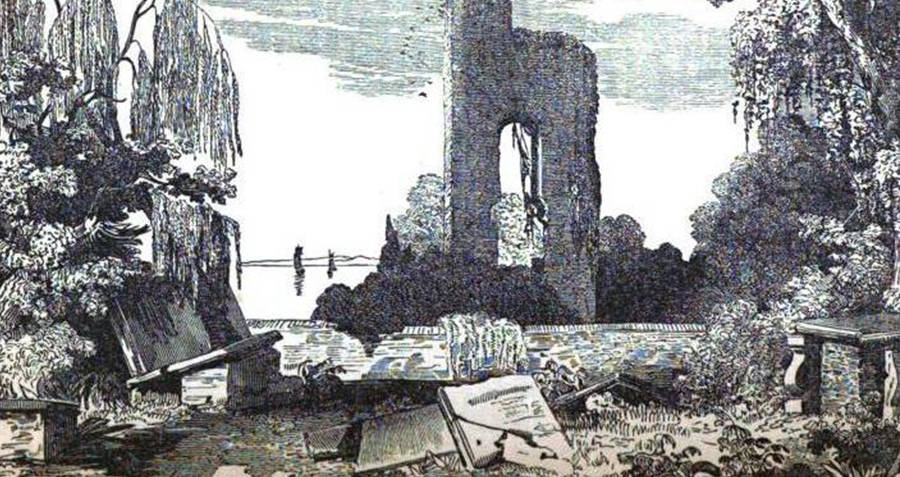 The discovery of Jamestown is one of the most important archaeological finds ever, as Jamestown was the first permanent settlement in the New World. The discovery allowed archeologists to theorize about the things that went wrong with other settlements (like Roanoke), uncover the relationship that the settlers made with the Native Americans, and learn about the way that life began in the New World. Wikimedia Commons 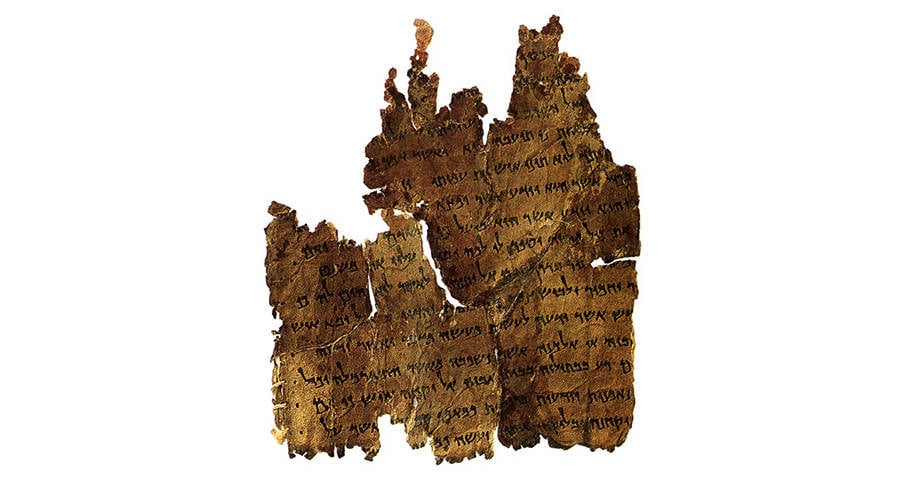 They are known as the greatest archeological find of the 20th century. Found along the northern coast of the Dead Sea, the Dead Sea Scrolls are comprised of a collection of manuscripts that are at least 1,000 years older than the earliest manuscript of the Old Testament. The text contains fragments of almost all of the Hebrew Bible, as well as books written in other languages. The scrolls also contain an ancient treasure map. Wikimedia Commons 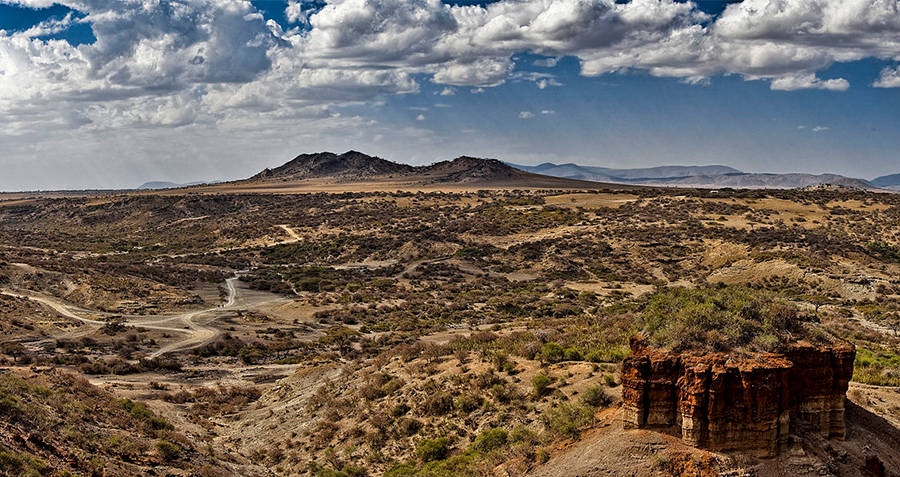 The Olduvai Gorge in Tanzania is widely renowned as the most important paleoanthropological sites in the world. It was in the Olduvai Gorge that the first homo habilis -- the first human species -- lived, as well as the Australopithecus, homo erectus, and finally homo sapiens. The site has become invaluable for researching human evolution. Wikimedia Commons 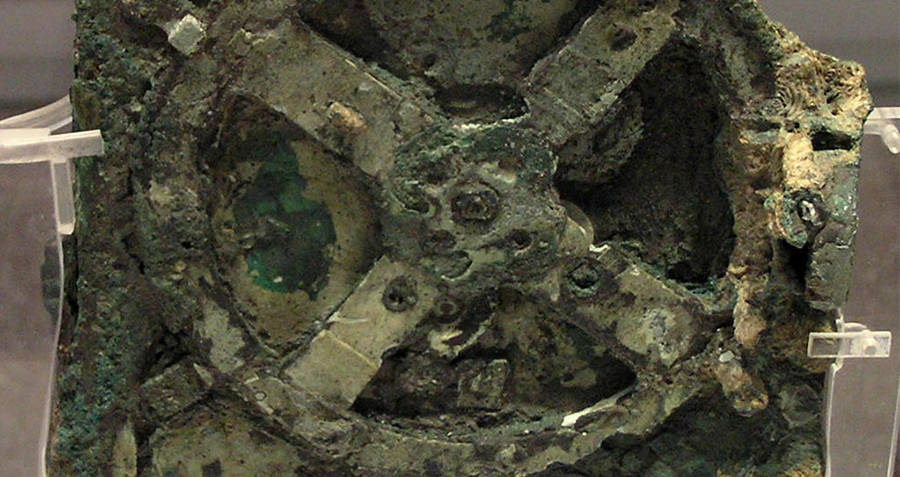 Discovered inside the wreckage of a ship off the coast of Greece, the Antikythera mechanism is thought to be the world's oldest analog computer. Researchers believe that it was used to predict astrological events, such as solar and lunar eclipses, to make a calendar. The discovery gave researchers insight into the way ancient Greek's viewed the world, as well as changed the way they think about modern technology. Wikimedia Commons 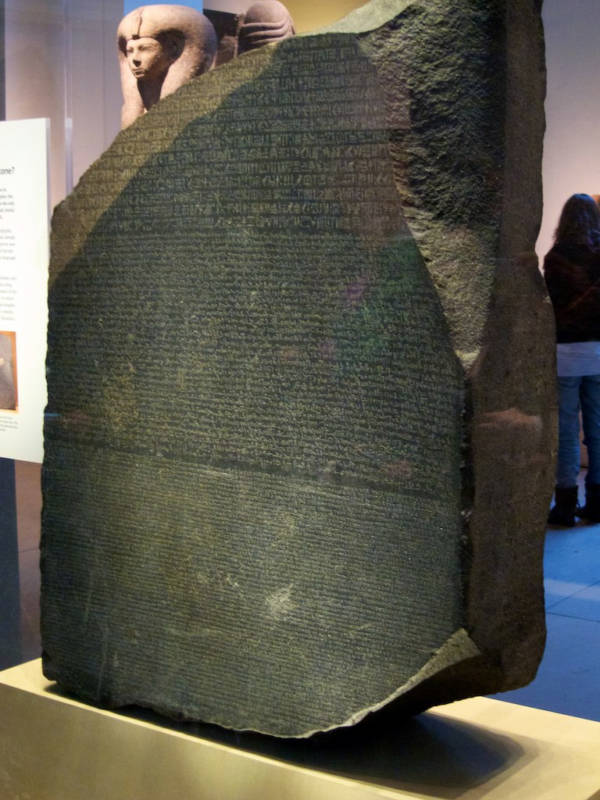 The discovery of the Rosetta Stone was one of the most important discoveries to Egyptologists and cryptographers. The inscriptions on the stone hold the key to understanding hieroglyphs, a written language of symbols that died out in the fourth century. Flickr 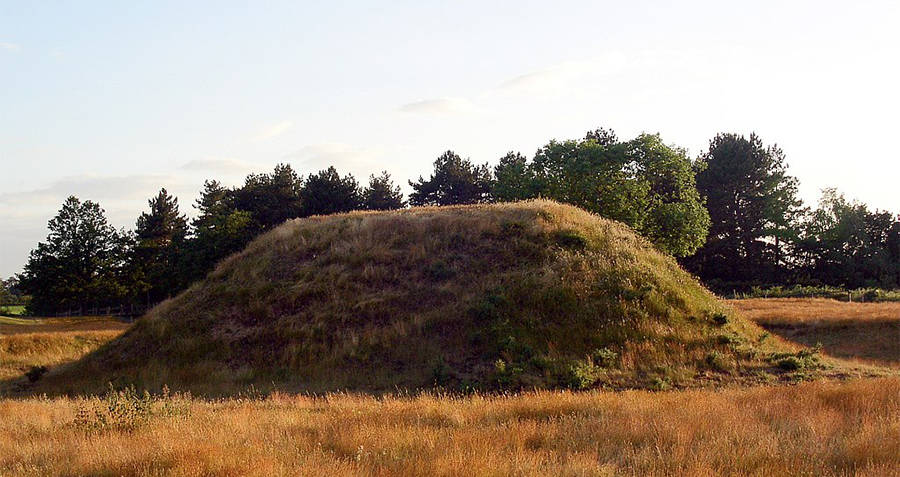 Sutton Hoois one of Britain’s most important archeological finds. Its’ the site of two 6th and 7th-century cemeteries, one of which contained an undisturbed ship burial, and Anglo-Saxon artifacts. The discovery was important to medieval historians because it shed light on a period that was largely only known about due to myths and legends. Wikimedia Commons 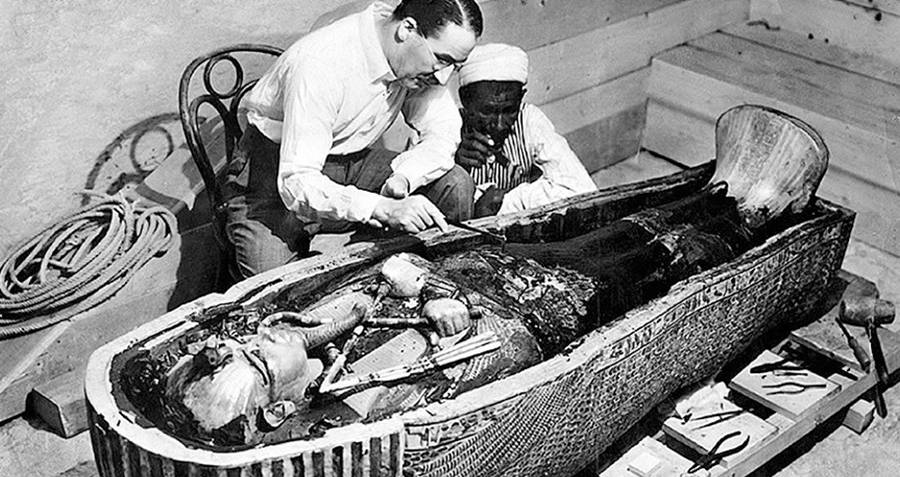 The discovery of King Tutankhamun's tomb was especially important for Egyptologists, as it was by far one of the most complete tombs ever discovered. It allowed researchers to investigate the inner workings of Egyptian burial chambers, as well as discover what kinds of things would be buried with pharaohs.Wikimedia Commons 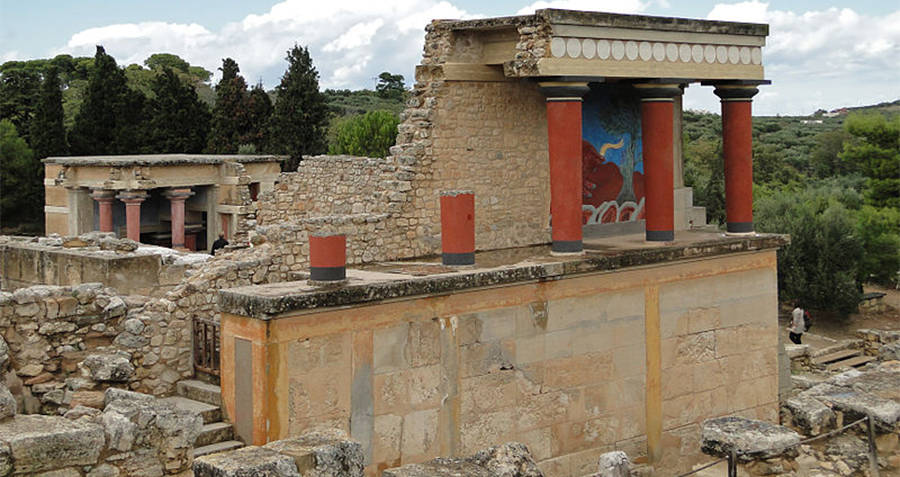 Settled in the early Neolithic Period, Knossos is the largest Bronze Age archaeological site on the island of Crete, as well as Europe’s oldest city. As the city was so large, there were hundreds of artifacts for archaeologists to uncover, and many different kinds of dwellings for them to study. From all of the artifacts and homes, they were able to ascertain what life would have been like in one of the oldest cities in the world. Wikimedia Commons

It can sometimes seem that historians and archaeologists have discovered everything that there is to be discovered.

But, in fact, the more they uncover, the more there is left to be found. Every archaeological discovery made opens doors to new discoveries, and sheds light on old ones, creating a never-ending circle of information.

This never-ending circle is actually a great thing because everything we know about life before us has come from these archaeological discoveries. Without some of the archaeological finds in this gallery, we may not have things like modern computers, language skills, or accurate representation of dinosaurs.

Some archaeological finds may seem like they didn't lead anywhere, but, in fact, some of the most important information has come out of discoveries that seemed like a dead end.

When Pompeii was first discovered, archaeologists assumed it was just another city, lost to time, when in fact it held answers to long-held questions about volcanic activity in Italy. Similarly, the first people to view the Rosetta Stone had no idea how important it would be to the science of Egyptology.

Discover more in the gallery above.