Two years after April Tinsley was found brutalized in a ditch in rural Indiana, investigators found an ominous confession scratched into a barn wall — but it would be decades before John Miller was finally identified as her killer. 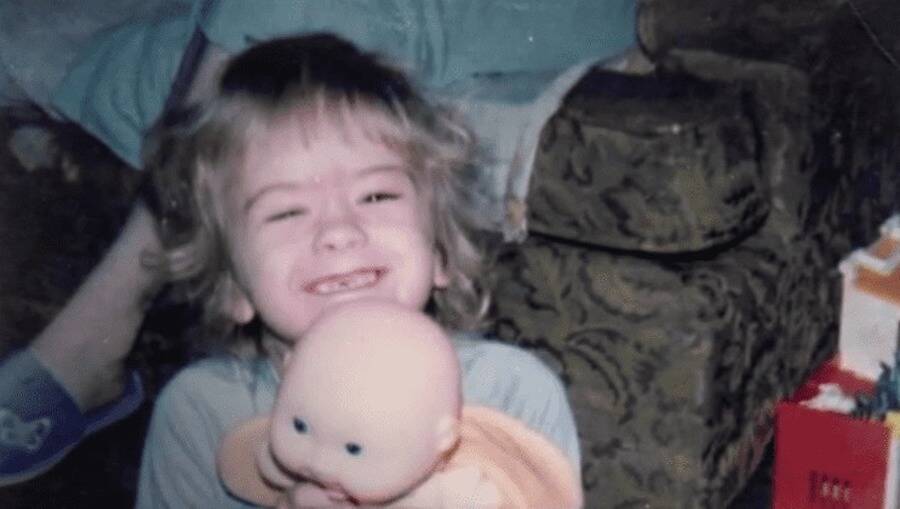 YouTubeApril Tinsley had turned celebrated her eighth birthday mere weeks before she was killed.

April Tinsley was just eight years old when she disappeared on her way home from a friend’s house on Good Friday in 1988.

For three days, her mother, Janet Tinsley, waited with bated breath to see whether authorities could bring her daughter home. Instead, they found the little girl raped and murdered in a ditch, 20 miles from her home in rural Indiana farmland.

But nobody had seen Tinsley get snatched and leads were scarce. Additionally, the crime scene was desolate and expansive and yielded no further clues besides the girl’s body.

It appeared dreadfully possible that the murderer would get away with it. That is until an ominous break two years later.

Written in crayon on a barn wall near where her body was found, police discovered a terrifying message from April Tinsley’s killer.

The chilling note was followed by several more 14 years later, which the killer left on the bicycles of young girls in Fort Wayne. All the while, authorities tried desperately to find who’d written them.

The Abduction And Shocking Discovery Of April Tinsley 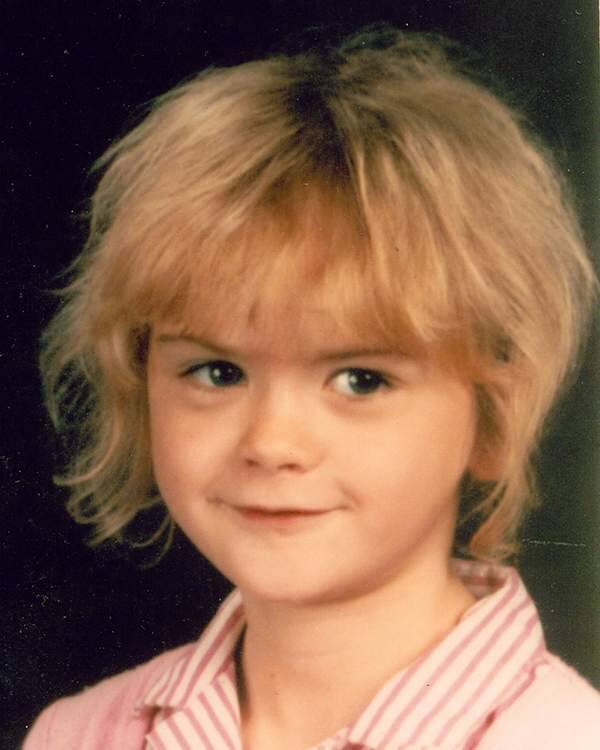 April Marie Tinsley was born on March 18, 1980, in Fort Wayne, Indiana. She had just turned eight when she left her friend’s house to pick up an umbrella on April 1, 1988, and suddenly went missing.

Her mother was quick to file a missing person’s report at 3 p.m. that same day. As a result, the police started searching for her daughter almost immediately but found nothing.

Three days later, a jogger in Spencerville, Indiana noticed Tinsley’s lifeless body in a ditch on the side of a rural road in DeKalb County. An autopsy quickly revealed that she had been raped and choked to death.

Her underwear contained the suspect’s semen, but it was too minuscule an amount to create a DNA profile at the time. As police fished for tips, the residents of Fort Wayne lived in fear. But then the case grew cold until May 1990, when a confession was found scrawled across a barn wall in nearby Grabill, Indiana.

Though it left much to be desired, the inscription did give police a clearer picture of the killer’s psyche. Once again, the Fort Wayne Police Department (FWPD) relied on tips.

“Every tip that came in, we investigated,” said Dan Camp, who worked Tinsley’s case for five years. “Every tip. Hundreds of tips. So after a while… you start thinking to yourself, oh jeez, you know, this is just another dead end.”

It would take 14 more years for the tide to turn.

Threatening Notes And A Break In The Case 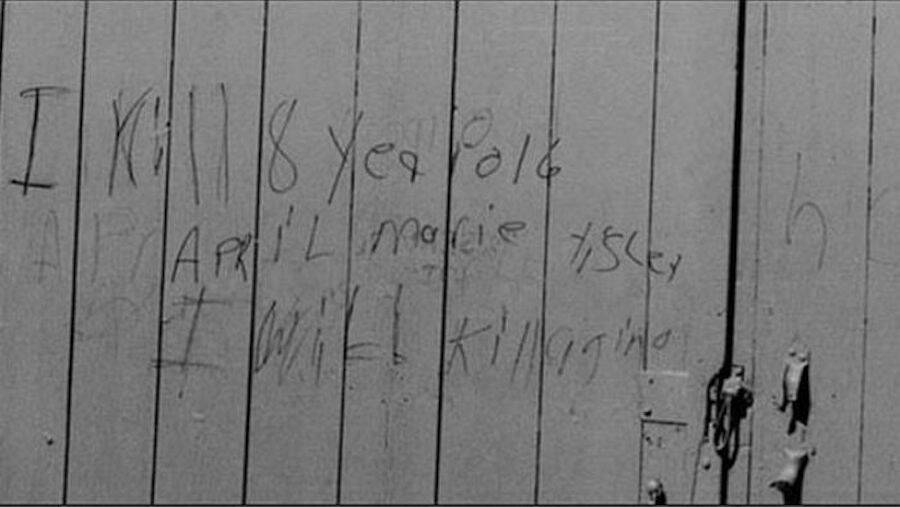 On Memorial Day weekend in 2004, Emylee Higgs found a plastic bag on her pink bicycle. The seven-year-old girl brought it to her mother, who was shaken by its contents: a used condom and a threatening letter.

“I am the same person that kidnapped, raped and killed April Tinsley. You are my next victim.”

This was 16 miles north of Fort Wayne, but the Higgs family was quickly reminded of April Tinsley’s abduction and notified the authorities, who realized that the note’s handwriting was similar to the one scrawled on the barn.

Ominously, at least three similar packages were found by little girls in Fort Wayne around the same time. They reiterated the same information, misspellings, and threats.

“Hi Honey I been watching you I am the same person that kidnapped an rape an kill Aproil Tinsley you are my next vitem.”

“It’s almost like he wanted to get caught,” pondered Higgs’ mother.

By now, the FBI was assisting local police in their investigation. Though DNA technology had been in its infancy when Tinsley was killed, the FBI now had access to technology that was advanced enough to aid them in their quest to find her killer. 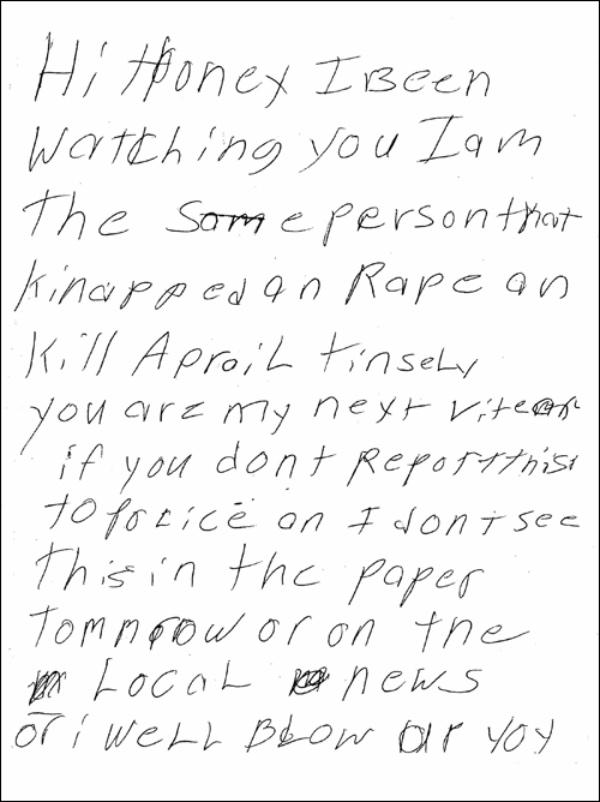 FBIThe 2004 note written by April Tinsley’s killer that was found by Emylee Higgs.

Detective Brian Martin contacted Virginia-based Parabon NanoLabs for help, hopeful the DNA from Tinsley’s 1988 crime scene matched that of the condoms discovered in 2004. The company quickly confirmed as much and found only two relevant profiles in its genealogy database.

One of the matches was John D. Miller, who was living in a trailer park on Lot No. 4 in the Grabille Mobile Home Park, which was a stone’s-throw away from the barn that yielded the anonymous confession in 1990.

Investigators surreptitiously confiscated his trash, which contained used condoms that matched the DNA of all the other relevant samples in the summer of 2018.

Martin and his colleague paid Miller a visit six days later and asked him why he thought they were interested in him. Miller said quite simply: “April Tinsley.” 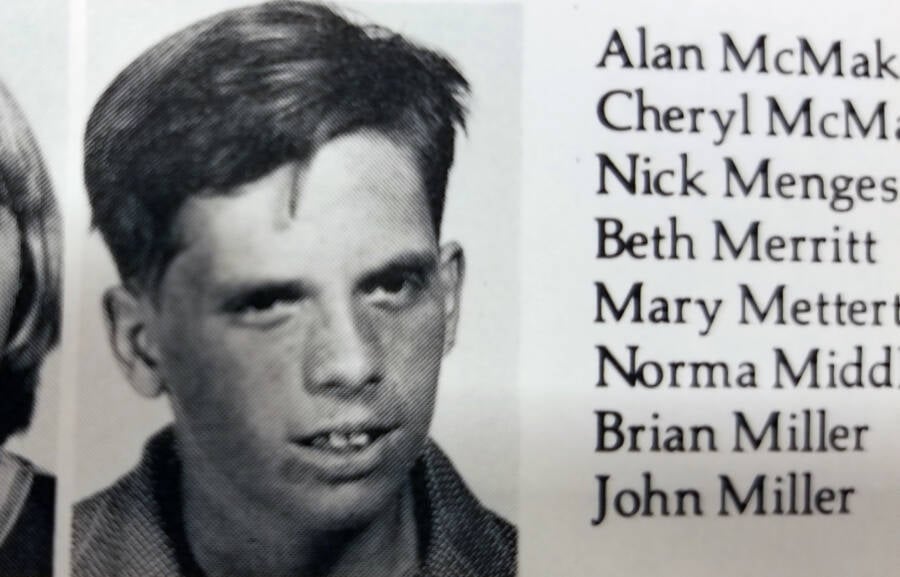 The arrest of Miller came as a shock to many, including Grabill Town Council President Wilmer Delagrange, who often rubbed shoulders with him at the local inn.

“I never probably more than said just hi to him at the restaurant,” said Delagrange. “But he would never comment back on anything, you know. Just sort of a grunt. I don’t know what time of the day or night he brought the little girl into town, but it just makes me sick.”

Miller told police every sordid detail of his crime as he was driven to the county jail. He told them that he was “trolling down the street” when he happened upon April Tinsley. He then pulled up a block before her and waited outside his vehicle for her to walk by.

Then, Miller ordered her to get in the car. He took her to his trailer in Grabill, the same trailer he was living in when he was caught. He admitted that he choked Tinsley to death after raping her because he was afraid of getting caught.

Finally, he dumped her body in a ditch off County Road 68 in DeKalb County the next day. 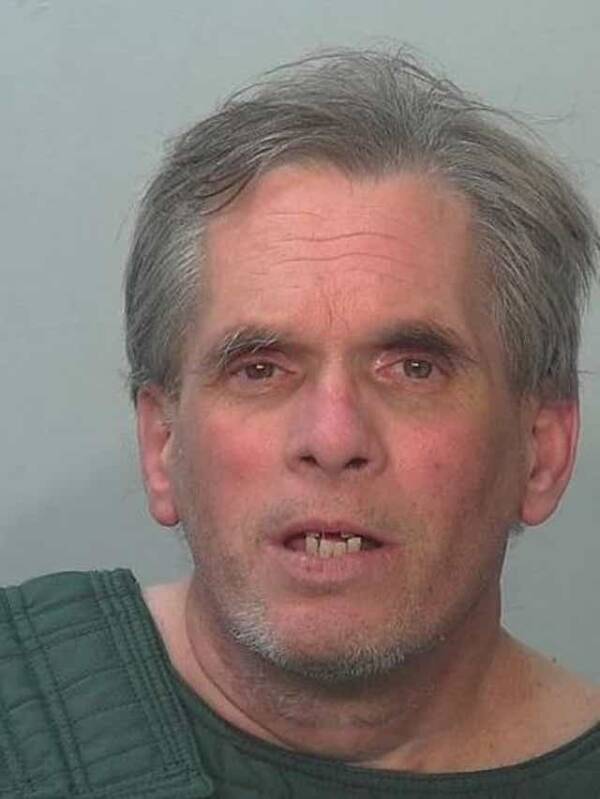 Allen County Sheriff’s DepartmentThe case of John Miller and April Tinsley haunted investigators until he was finally arrested in 2018.

As Miller stood feet from the Tinsley family, Judge Surbeck charged him with felony murder, child molestation, and criminal confinement. He narrowly avoided the death penalty and was sentenced to 80 years in prison with no chance of appeal, which Tinsley’s family ultimately found agreeable.

“There are a lot of questions answered in the trial, but it would have been difficult for the family to hear some of the things Mr. Miller talked about and he’ll do the rest of his life in prison,” said Martin. “The family expressed concerns about justice and to me prison is where we wanted him and I’m ok with that.”

In recent years, other cold cases like Tinsley’s have been solved as DNA testing and genealogy technology advances. For example, the 40-year-long case of the Golden State Killer was solved in a similar fashion, when authorities surreptitiously seized the suspect’s trash which contained his DNA.

In 2016, that suspect was consequently matched to the DNA found at one of his crime scenes back in the 1970s. The killer, former police officer Joseph James DeAngelo, plead guilty in 2020.

As for Miller, he will be released from the New Castle Correctional Facility on July 15, 2058. It’ll be six days after his 99th birthday, and 70 years after he murdered an innocent child.

After learning about the harrowing case of John Miller and April Tinsley, read about serial killer Edmund Kemper. Then, learn about the kidnapping of Sally Horner.