Meet Assata Shakur, Tupac’s Godmother Who Escaped Prison In 1979 — And Is Still At Large

Black Liberation activist Assata Shakur was found guilty of killing a police officer in 1977, only to escape prison two years later and become a political refugee in Cuba. 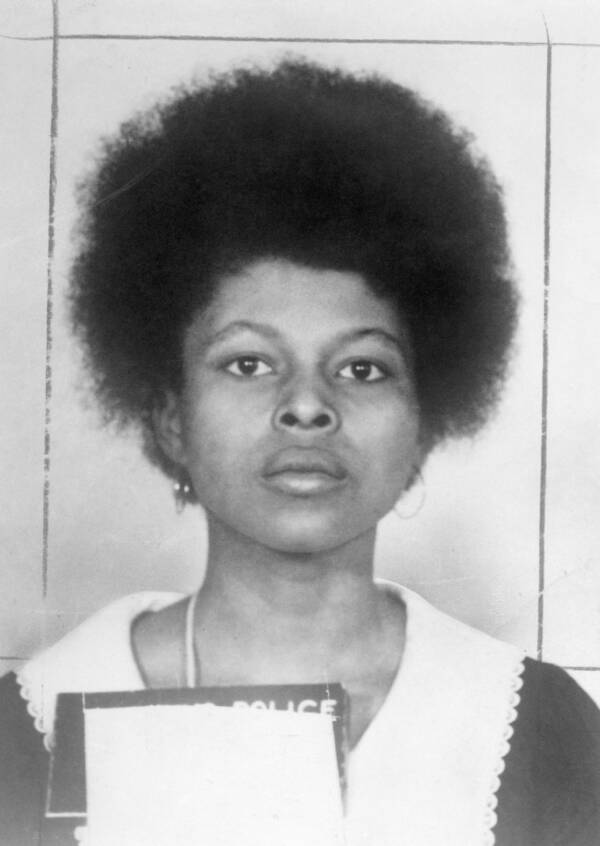 Getty ImagesJoanne Chesimard, or Assata Shakur, is New Jersey’s most wanted fugitive for killing a state trooper and then fleeing to Cuba in 1979.

When JoAnne Deborah Byron was born in Queens, New York in 1947, the world around her was strictly divided along racial and gender lines, and Jim Crow laws ensured that segregation was woven into the culture of New York.

These realities shaped Byron’s life, who came to be known as Assata Shakur, and were the impetus for her social activism — and eventually landed her on the FBI’s Most Wanted list as a domestic terrorist.

In 1973, Shakur was convicted of murdering State Trooper Werner Foerster during a shootout on the New Jersey Turnpike, but she managed to escape custody and has been living in Cuba since 1979.

Ever since, Shakur has come to embody intersectional liberation politics of the late Civil Rights era to many, and many still support her in the United States, despite – or perhaps because of – what happened that day in 1973.

The New York of Assata Shakur’s childhood was a harsh place for Black girls. Race riots and white flight killed the economic and social boom known as the Harlem Renaissance, and an economic depression had settled over the Black communities in every borough of the city.

Born on July 16, 1947, Shakur’s parents divorced when she was young, and she spent the majority of her early life in her grandmother’s home in Wilmington, North Carolina, before returning to Queens as a teenager.

There, with chaos in her home and endless friction at her predominantly white school, she frequently ran away from home, sometimes living with strangers. Eventually, Shakur’s Aunt Evelyn took her in. This relationship seems to have been the turning point in her life. According to her own later account, Evelyn embodied everything Shakur wanted to be: smart, educated, traveled, sophisticated and brave.

Despite connecting with her aunt over the theater and an enormous library, Shakur still dropped out of high school but managed to get her GED before setting off for the Borough of Manhattan Community College, followed by the more prestigious City College of New York (CCNY).

It was there where Shakur’s life in activism was born. 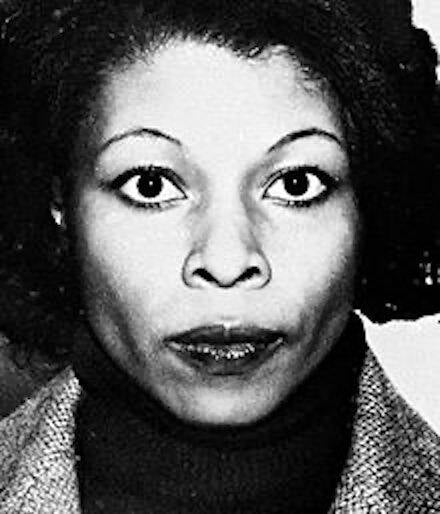 Assata Shakur was arrested several times for protesting in the 1960s and 1970s.

College life in the mid-1960s was tumultuous, and Assata Shakur’s experience was no exception. By 1966, Shakur was involved with anti-war student groups and dabbling in the growing Black Power movement.

This strain of politics eschewed Martin Luther King Jr.’s approach toward racial reconciliation and healing, preferring the militant language of the Nation of Islam and the Black Panther Party, both of which embraced Black separatism and swifter change.

Instead of hoping to appeal to the better side of mainstream white peoples’ natures, these young activists believed in direct action to forcibly change institutions they believed held back progress.

For example, Shakur’s first arrest came in 1967 when she chained herself to a campus building and held a sit-in to demand more Black faculty at CCNY. Around this time, she married a fellow student and activist named Louis Chesimard, but they divorced just three years later, right around the time she traveled to Oakland, California, to join the Black Panthers. 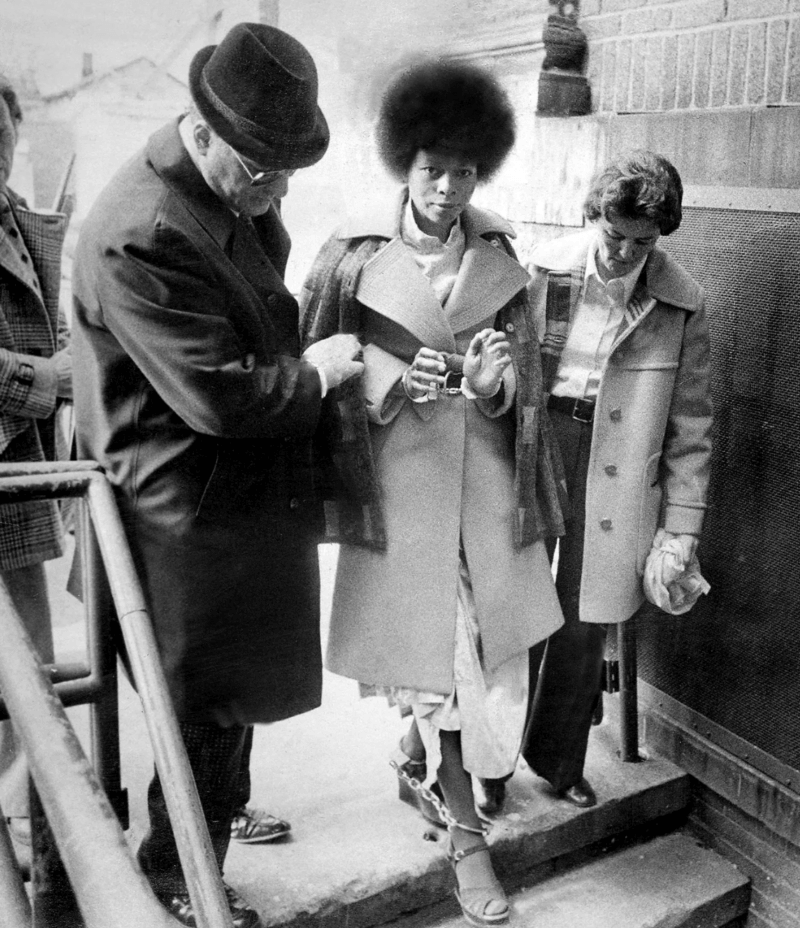 Shakur enthusiastically helped open Black Panthers operations on the East Coast and volunteered to run their famous free breakfast program in New York. But according to her autobiography, she believed the Panthers were well-intentioned but terribly ignorant about American history.

They knew, she claimed, a lot about socialism and radical politics, but very few had heard about Harriet Tubman or Marcus Garvey, names Assata Shakur had learned at her Aunt Evelyn’s knee years before.

Shakur believed it was essential to know their nation’s history in order to purge it and start anew. she felt that all of the activist’s energy must focus on teaching the oppressed that the system they live in will never be fair to them, and that they must break off from that system and build a new one.

Shakur broke from the Black Panther Party and by 1971, had joined the Black Liberation Army (BLA) and the Republic of New Afrika, two uncompromising, extremist separatist groups that planned to essentially refight the Civil War by splitting the states of Alabama, Mississippi, Louisiana, Georgia and South Carolina from the Union and declaring an independent Black nation.

This is also when she changed her name to from JoAnne Chesimard to Assata Shakur. She called her given name a slave name and chose the West African name Assata, which means “she who struggles,” and Shakur, which means “thankful one” in Arabic.

The war for a North American Black homeland began for Assata Shakur with a series of robberies up and down the East Coast. In April of that year, Shakur and some friends reportedly tried to rob a man in his hotel room, only to find him armed and in the mood to fight. Shakur was shot in the stomach, and wound up facing charges for attempted robbery and reckless endangerment.

Soon enough, Shakur was out on bail and reportedly committing bank robberies to finance her group’s activities. Months after the hotel robbery, Shakur’s name came up in connection with a grenade attack on a New York City police car that wounded two officers.

She is believed to be connected to the shooting of a Brooklyn police officer serving a warrant, and to an $89,000 bank robbery in Brooklyn. She may also have robbed a church around that same time. 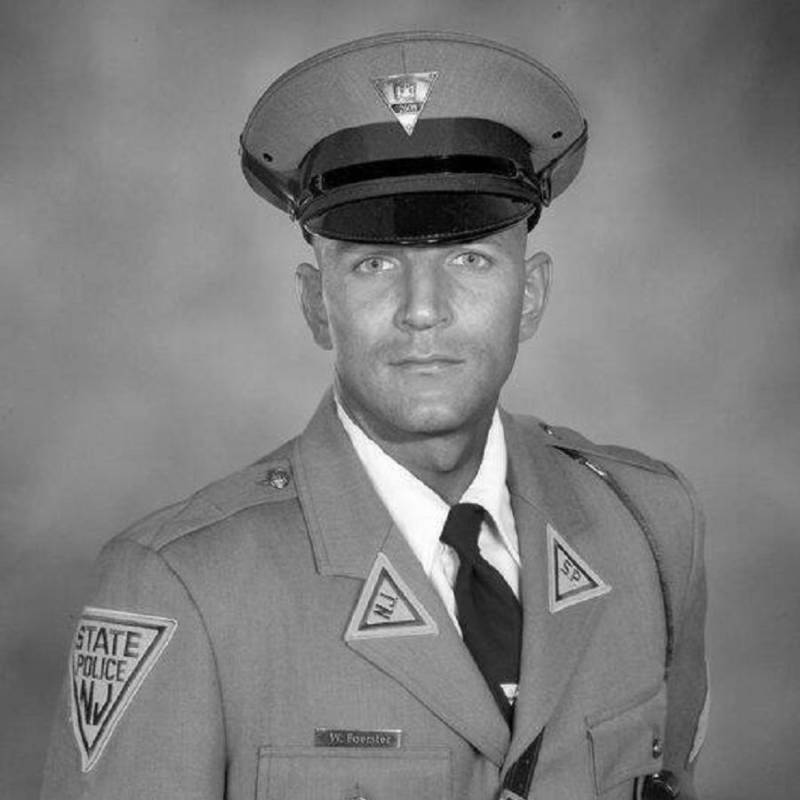 Wikimedia CommonsNew Jersey State Trooper Werner Foerster, who was shot twice in the head with his own weapon.

Shortly before 1 a.m. on the morning of May 2, 1973, two full years into the BLA’s crime spree, New Jersey State Trooper James Harper stopped a speeding car with a broken tail light on the New Jersey Turnpike. During the stop, he asked the male driver of the vehicle to step out and, according to the later testimony of another officer who arrived as backup, found a gun inside the car.

What happened next is the subject of disagreement, but it ended with one member of the BLA dead, Shakur wounded, and State Trooper Werner Foerster killed with two shots to the head from his own gun. The group fled, but an injured Shakur surrendered soon after. The other surviving BLA member was found 36 hours later after a multi-state manhunt.

Her activities since skipping bail on the 1971 robbery had landed her on a terrorist watch list, and the FBI’s anti-terror working group had made Shakur’s organization a prime target. Authorities in over a dozen states had been briefed on the BLA, and prosecutors had a laundry list of charges to bring against its members.

Shakur herself was charged with 10 felony counts stemming from, among other things, the Turnpike shooting, multiple robberies, kidnapping a heroin dealer, and attempted murder of two ambushed police officers in Queens.

In January 1974, the Turnpike case ended in a mistrial because Shakur was pregnant and there was worry the trial could cause a miscarriage, though she was arraigned a few months later for the grenade attack. The charges from that incident were dropped.

Having beaten most of the charges against her, Assata Shakur and her legal team embarked on what was virtually a war against the justice system. For years, her lawyers delayed the Turnpike murder case with endless motions and procedural matters.

Assata Shakur tried unsuccessfully to get the proceedings moved to federal court. When that failed, she asked for an injunction to compel the court to cease activity on Fridays to observe the Muslim sabbath, which was also denied.

One defense lawyer accused the court of committing a “legalized lynching” against her.

A Legal Battle And Daring Escape To Cuba

Throughout the nine-week trial, the courthouse was secured by a ring of deputies, who were themselves surrounded by “civil rights activists,” many of them armed and in attendance to protest each day.

Ultimately, the jury found Shakur guilty as charged on both murder counts and all six assault charges. On hearing the verdict, Shakur called the jury racist and announced she was ashamed to have been part of the trial at all.

In an interview immediately after the verdict, Shakur’s lawyer claimed that the white jurors had been chosen to “destroy” his client and that the jury had only pretended to deliberate overnight.

A few months later in 1974, Shakur was sentenced to mandatory life in prison for the murder, and a consecutive 26 to 33 years for the assault charges. Under the laws that New Jersey had at the time, she would have been eligible for parole in 2002.

Despite her lawyer’s insistence that Shakur was serving her time under conditions of inhumane and degrading surveillance, which apparently included body cavity searches and observation while she relieved herself, it appeared that the state Corrections Department hadn’t done as background checks on her visitors.

In 1979, three of those visitors turned out to be BLA members with fake IDs, guns and sticks of dynamite. The intruders took a couple of guards hostage and loaded Shakur into a waiting van.

The FBI staged a major manhunt for Shakur and her associates, but to no avail. She had a large and unexpectedly well-financed underground network, which hid her for nearly seven years until, in 1984, she was granted asylum in Cuba.

Describing herself as an escaped political prisoner and as a modern-day runaway slave, Assata Shakur broadcast Cuban propaganda from a Havana radio station and wrote about her experiences, all while being maintained by the Cuban government on a budget of $13 a day.

She lived openly in her adopted home until 2005, when the Justice Department raised the bounty on her to $1 million and she consequently dropped out of sight. In 2013, the reward doubled. With the recent detente in US-Cuban relations, it is not clear whether Shakur will still have a safe home in Cuba in the years ahead.

Intrigued by this look at the life of Assata Shakur? Next, learn about the rise and fall of the Black Panther Party. Then, learn about six Black heroes who risked their lives in defense of America.